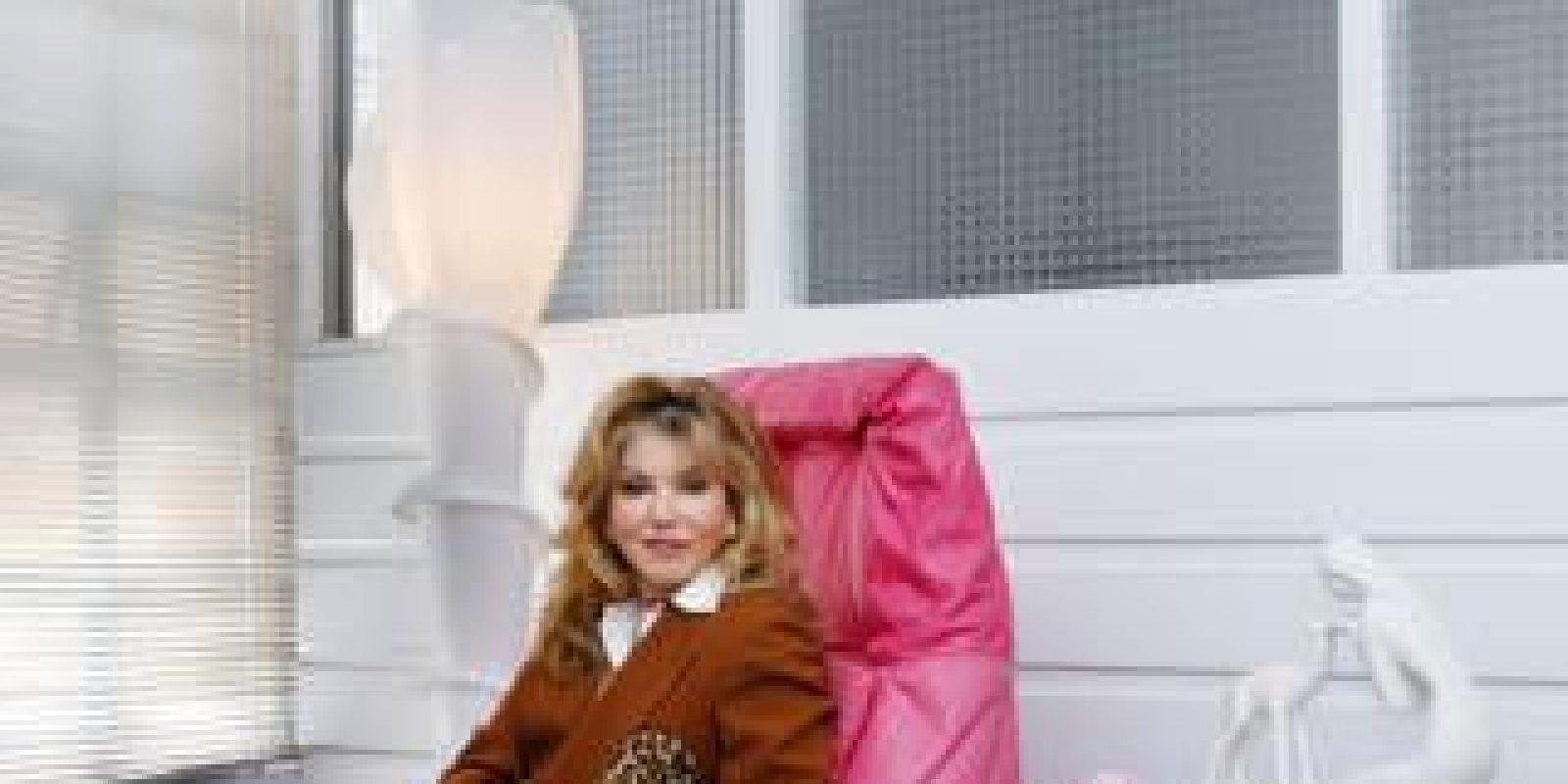 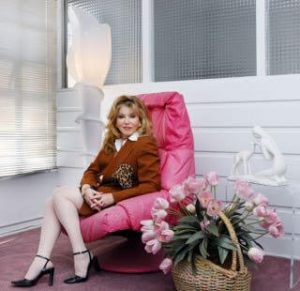 Segment overview: Dr. Carole Lieberman, M.D., M.P.H., who is known as “America’s Psychiatrist” talks about younger generations falling through the cracks because of single-parent homes and a mental health system that pushes pills instead of therapy.

Neal Howard: Hello and welcome to Health Professional Radio. I’m your host Neal Howard, glad that you could join us today. From airlines disappearing completely, to planes being bombed out of the sky by terrorists, to diseases that no one heard of just a few years ago, to none of us having anywhere near the money that we either want or need, depression, substance abuse, domestic abuse, and violence – the list goes on and on and on. Not to say there is no light at the end of the tunnel but it’s a mighty long tunnel that does seem. Our guest in studio today is Dr. Carole Lieberman, known as “America’s Psychiatrist” and she is here today to speak with us as a returning guest about our younger generation. Our kids, our young folks who are gonna be the ones that are well taking care of us some day and it seems that there are many, many of them that have same very, very deep issues that hopefully we can address before it’s too late. As America’s Psychiatrist, Dr. Lieberman’s on a mission to help people gain insights into themselves not only thru her books as a published bestselling author. Her books including Bad Boys: Why We Love Them, How to Live with Them and When to Leave Them; Bad Girls: Why Men Love Them & How Good Girls Can Learn Their Secrets; and Coping with Terrorism: Dreams Interrupted. And she is also working on a new book “Murder by TV: a Descent into Madness,” not only through her books but thru her radio shows that can be heard on voiceamerica.com Dr. Carole’s couch, and thru her television appearances that include Oprah and O’Reilly. How are you doing today Dr. Lieberman?

Dr. Carole Lieberman: I’m doing fine, thank you. Good to be with you.

N: Thank you for coming back. It’s always a pleasure to speak with you. At the beginning I was talking about some of the things that well just opening a newspaper or turning on the television or going to any of your internet browser and typing in well “crime, terrorism, disease, politics” – it’s so depressing. Is there anything than can be done to at least lighten it, just a bit for us?

L: Well that’s what I’m trying to do by helping people to get better insights and to have their feeling about all these things and what they can do about it. I like what you said at the beginning about how our younger generation who’s gonna be taking care of us.

L: I think if more people realize that and thought about that more often they would maybe want try to fix things a little more quickly.

L: For example the two main things that are hurting our younger generation is the skyrocketing, the sky high already, divorce rates.

L: They’re having problems, they need to get into couples therapy, for at least a year before they go forward with the divorce – they owe that to their kids. And a lot of times these marriages can be saves. I mean couples therapy really, if you’re with a good therapist, really can work and can open people’s eyes, can open up the different resentments and get people to acknowledge them and so on, and it can put the marriages back together. There are only a few instances when a divorce really seems, well is necessary unless or until one of the partner gets into their own therapy and corrects the problem. Like for example obviously if you have a partner who is being abusive to you, physically abusive to you or who is cheating on you, and with lots of guys cheating with lots of women and not using protection.

L: And exposing his wife to all kinds of diseases…

L: Things, situations like that, there at least needs to be a separation and the partner who’s engaged in these behaviors needs to get therapy and change if they want to or if they’re able. But for most … the variety, the kinds of problem that people have in marriages – it really can be helped by marriages counseling.

L: And kids grow up, I mean that’s why we’re having so much ‘sexting’ today for example. It’s typically girls whose fathers, whose parents are divorced.

N: Ah okay. So once again we’ve all heard that. Is it just a situation where it’s becoming jaded or be desensitized to the fact?

L: Yes, yes and the parent right, we hear about sexting all the time but parents don’t want to make the connection “Oh maybe, hmmm maybe it had to do with our getting divorced and I’m not seeing her as much or telling her, showing her how much I loved her as much.”

L: But that is it all the time. And it also makes whenever there is a problem that kind of goes to my first book Bad Boys, whenever there is a dysfunctional relationship between a little girl and her daddy, that’s what makes her become attracted to bad boys.

L: And for that matter when little boys, when parents get divorced, little boys are attracted to bad girls because of issues that they have with their mother so…

N: Well how many of these kids, you’re talking about these long lasting scars either from the situation that called for the “possibility of divorce” in the first place or the divorce itself there’s still far reaching ramifications. How many of these kids are ending up in the mental health system or if not in the system, are being affected by the system through medications?

L: Well that’s the second part of this. Kids are falling through the cracks, they’re falling through the cracks – first in their families. Their parents are they getting divorced, are they distracted, many families of course the parents have to work, each have to work a job. But even when they don’t have that they’re just into their own thing and kids are getting lost, and falling between the cracks. And then for those kids who have access to therapy, their teacher or guidance counselor or somehow they get referred therapy, our mental health system is failing them as well. Because there is a horrible trend that is being going on for over 10 years, and it’s just getting worse and worse where psychiatrists and I’m so disappointed in my fellow psychiatrists.

L: It’s hard to believe that they let this happen. But because insurance companies want to pay as little money as possible, they are only paying psychiatrists enough to do “Med Visits.” That’s called Med Visit which is a 15, 20 minutes visit where you ask the patients about, you try to determine their symptoms and you pick a medication for them. And then when they come back in a month or 2 months or 3 months, you see if they’re having side effects, or if they’re getting any better and then typically the psychiatrists throws another medication at them because they’re not getting better. And they’re not getting better because they’re not having therapy. Medication is a band aid, yes – some people do need medication. But you are, if you need medication you certainly need ongoing weekly psychotherapy. And because so many psychiatrists have been so paid so little, I mean because the insurance companies and of course with Obama Care, because the pay is so little, more and more psychiatrists have decided to just do these Med Visits for everyone to give longer visits – 45 to 50 minutes visits to do therapy because they’re not being paid for that. Beause the people who are being to do therapy are social workers and psychologists.

N: And they’re being paid very little to do that.

N: So basically it’s a pill for every ill.

L: Yeah, yes exactly. And it’s not working, our world is getting crazier, people are getting crazier and the help that they’re getting is getting more nonexistent. I refuse to do that, I don’t do Med Visits, I never have. And if somebody wants to come see me, they have to commit to every week coming for psychotherapy, and then if they need medication, certain problems do require medication and if they need it, I certainly prescribe it, but that’s along with the therapy.

N: Now as we wrap up this segment, you’re the author of at least two books, Bad Boys: Why We Love Them, How to Live with Them and When to Leave Them, Bad Girls: Why Men Love Them & How Good Girls Can Learn Their Secrets. Now with those two books under your belt as best sellers, how much in those books teach both boys and girls, basically how not to be a bad boy and how not to have to be a good girl who’s needing to learn secrets from a bad girl?

L: And then 12 different types of bad girls, and it explains why you would be attracted to each of this different type. And what does it says about you, first of all how to recognize these bad boys and bad girls. And what it says about you and how you can understand, how your childhood contributed to pointing you in this wrong direction and how you can fix that. I’m not trying to turn good girls into bad girls per say, but I’m from the bad girls I interviewed a 100 guys for this book, who had been with sometimes married to bad girls and so that’s why I got their secrets.

L: But I’m teaching good girls, that they do have to put a little bit of a package, a little bit of wrapping on their package in order to attract and interest guys but not to become bad and exploit the guys.

N: You’ve been listening to Health Professional Radio, I’m your host Neal Howard. And it’s been a pleasure once again talking with Dr. Carole Lieberman, “America’s psychiatrist.” She’s been here with us as a returning guest to talk with us about how our younger generation is basically falling through the cracks with the help of single parent homes and a mental health system that basically pushes pills, instead of active and ongoing therapy in order to alleviate some of the problems within the family. Her bestselling books being Bad Boys: Why We Love Them, How to Live with Them and When to Leave Them; and Bad Girls: Why Men Love Them & How Good Girls Can Learn Their Secrets, are best sellers available at Amazon and all of the major literary outlets including her website as well. It’s been great having you here with us again Dr. Lieberman.

L: Thank you. It’s been a pleasure.