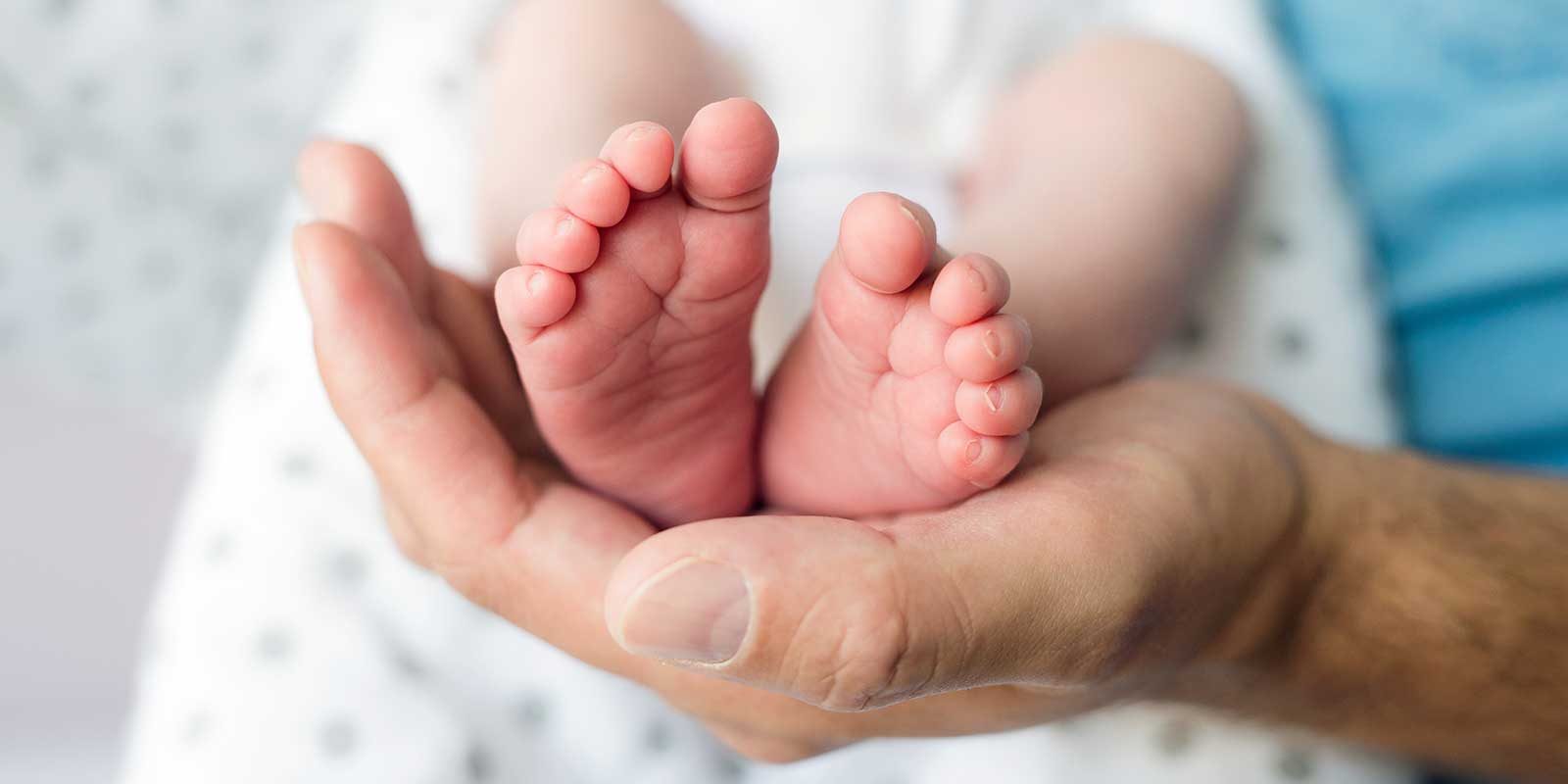 Jon Miller, President, and Founder of the Network of Tyrosinemia Advocates (NOTA) discusses, Hereditary Tyrosinemia Type 1(HT-1) and the new update released by Sobi, an international biopharmaceutical company, regarding newborn screening for this rare disease.

Jon is president of the Network of Tyrosinemia Advocates.  N.O.T.A., a 501(c)3 nonprofit founded by Jon in 2014, is dedicated to making a difference in the lives of those impacted by the genetic disorder, tyrosinemia. Jon was moved to action after nearly losing his infant son to tyrosinemia in 2009. Through his work with the organization, Jon is making a difference on the local, national and international levels.

Jon, a life-long resident of Little Egg Harbor, received a Bachelor of Science degree in business management from Stockton University. He went on to become an ASE (Automobile Service Excellence)-Certified Master Technician who holds certifications in automobile and light truck repair and service.

Jon and his wife, Amanda, reside in Little Egg Harbor with their two young children, Evan and Alice. Driven by Evan’s overwhelming enthusiasm for the movie Back to the Future, Jon and his son found and painstakingly converted a 1981 DeLorean DMC-12 into a screen-accurate replica of the time machine from the film. Jon and his family travel and use the DeLorean for fundraising efforts in support of N.O.T.A.

Neal Howard: Welcome to the program. I’m your hostNeal Howard here on Health Professional Radio, glad that you could join us. We’re going to have a conversation with Mr. John Miller, he’s President and Founder of NOTA and he’s joining us on the program to talk about HT-1 and also talk about a new update released by Sobi. Sobi’s an international biopharmaceutical company regarding newborn screening for this very rare condition. Welcome to the program Jon.

Jon Miller: Thanks for having me Neal.

Neal: Now you’re president and founder of NOTA. What is NOTA?

Jon: NOTA is the Network of Tyrosinemia Advocates. It’s a 501c3 nonprofit organization based in the United States, serving the global tyrosinemia community. There is approximately about 1,200 to 1,500 tyrosinemia HT-1 patients in the in the world and we represent about a third of them.

Neal: Now I understand this is kind of a personal endeavor for you.

Neal: Yeah, I get it. Now tyrosinemia, hereditary tyrosinemia Type 1 what is it? You say they’re about 1,500 or so patients that are dealing with this right now. What is it and who is at risk?

Jon: So the disease first of all doesn’t discriminate. It is an autosomal recessive genetic disorder where the body lacks an enzyme needed to break down protein. The liver cannot break down phenylalanine or tyrosine. It affects one in a hundred thousand births in America, roughly about the same in Canada with the exception of one small region that’s a much higher prevalence of the disease and then beyond that, it’s sporadic. But throughout the world, there’s patients in America, in Canada, in Saudi Arabia, in India, in Africa – it doesn’t discriminate so I guess you could say everybody’s at risk.

Neal: So this is something that is detected shortly after birth during screening or is it necessarily screened for automatically?

Jon: So historically they do this in chronological order quickly. Before the discovery of Succinylacetone, the disease was only clinically diagnosed. It was discovered in the 1970s and it was a fatal disease for infants. You either got a liver transplant or you died – that was pretty much it and if you got a liver transplant, by the time they discovered the disease you were in such poor condition and especially also an infant that I don’t know the specific statistics on this but the child wouldn’t make it, it was very very slim to none. So in 1991 they discovered NTBC which is the product that Sobi marketed for a number of years and now at this point in time there’s a couple of other players involved but they are still the largest distributor of it in the world and that drug is a life changer because when you take that drug, you can survive with the disorder. So when they diagnosed that the baby, they would immediately put them on NTBC and then the rest of the treatment but the child had a chance of life. So now it’s developing but it’s not there yet.

Neal: Is this something that’s easily detectable? Is it something that can be misdiagnosed, as you say by the time they discover what it is the babies in such a bad shape needing a liver transplant if it’s even feasible to do that? What’s the rate of misdiagnosed?

Jon: Very very. That is the biggest issue that’s probably why we’re on the phone today Neal. The problem here is that when you diagnose the baby clinically, like you said it’s almost too late and let me rephrase this, the NIH has mandated that every state in the United States test for the presence of Succinylacetone in newborn screening and by doing that you detect the HT-1 chemically. The states are not all doing that and what happened with my son’s instance then this happens a lot, it’s getting better as time goes by and the states are coming into compliance but this is what happened to my son. Is New Jersey at the time said that they were testing for tyrosine and they were not using such last time, they were just testing for elevated levels of tyrosine but don’t exactly show up when a baby’s first born. So when you have a baby who’s clinically jaundice and the AFP level is 350,000 and the blood sugar is only 23 and he’s projectile vomiting and the baby … you don’t know what’s going on, you don’t know where to begin and you look at the newborn screening and you say “Well it’s not maple syrup urine disease, it’s not tyrosinemia.” They check for all these things, we don’t know what it and so it makes it exponentially more difficult to diagnose clinically.

Neal: So this makes it more of a more of a sure shot as far as screening so what’s the problem with getting states to, is it because it’s so rare that it’s not getting the attention that it should?

Jon: That’s the million-dollar question. I’ve been doing advocacy for newborn screening in tyrosinemia for almost a decade now and every time I bring it up, I get promises that they’re going to do it. I’ve gotten really good excuses like there’s a new test coming up, there’s a new machine coming out, we’re waiting for it to be developed but then I’ve gotten some really ridiculous explanations where one state they told me they didn’t have room on their table for the machine and they needed to get a bigger facility before they could get the machine and I’m like “Seriously? Nobody’s got a folding table anywhere around there? Nobody’s got an old computer card you can’t put this thing on?” So it’s amazing, the variances and for some reason you cannot get a straight answer on these states. This is a big struggle that we’ve had for almost a decade is there’s been studies done and we’ve gotten an answer and in 2015 there were eight states that were not in compliance according to all of our studies, right, and then now we partnered with Sobi to do an updated study on this and guess what, we’re down to four. But the four states that are listed are not the same states that we had listed in 2015. It’s amazing, it’s especially offensive to me I mean it is, I’m using that word and I know it’s a heavy word but it is offensive to me that New Jersey for example is not in compliance because I’m from New Jersey.  My son was born in New Jersey in 2009 and when we had our daughter in 2015, we specifically called the newborn screening lab personally and we said we want to know about tyrosinemia … and we want to know where you’re at and we want to know if we can get an extra test done or specific tests done and they said, “Oh no, no, no.” We said because we had a child that had a misdiagnosis and they said “2009” and they knew exactly when it was, they knew that Evan was misdiagnosed, they know that he almost lost his life and they told us, “Don’t worry about it, we’re  testing properly now.” And so we let New Jersey go, we let that go to bed and I find out a couple months ago from this study that New Jersey is not in compliance. They’re still not testing using Succinylacetone and I almost fell out of my chair when I heard that. It was like a shock because I do a lot of advocacy for New Jersey, I go to rare disease day events, State House, I’ve done that for a decade and a decade wasted Neal because I could have been advocating for this and here I am smile and in kissing babies and talking to politicians about other good issues but I’m being lied to and that’s really what had happened through when you call these newborn screening labs and it’s not only tyrosinemia, it’s these other diseases, they don’t give you a straight answer and depending on who you’re talking to, you’re not going to get the same answer that’s why this study was so important with Sobi because we hired professionals to go and do this. It wasn’t phone calls, it wasn’t reaching out and grassroots. We hired a company to go out and get the bottom line. What’s going on and it was an extensive study that took almost a year and we’re confident with the results and we believe now we have a real answer and the good news is 92% of the states are in compliance that’s great. I don’t want to diminish that, that’s phenomenal. There are a lot of diseases out there that are not on the panel at all and there are a lot of diseases that don’t have a marker. They don’t even know what their disease is I don’t mean to be too far down on it. I’m very fortunate for all the research and all the resources available for HT-1 but the bottom line is they are available and there is testing available and it’s just a matter of kind of check, get the machine in there and save lives. It’s so important and the remaining four states, I don’t know they just don’t seem to understand that yet.

Jon: So you can go to notacares.org that’s NOTA’s homepage and there are links to everything on there as well so you guys, that’ll redirect you to all, what Nota’s about and then you can get on to Sobi and you can get through all this stuff.

Neal: Well I thank you for joining us on the program Jon.