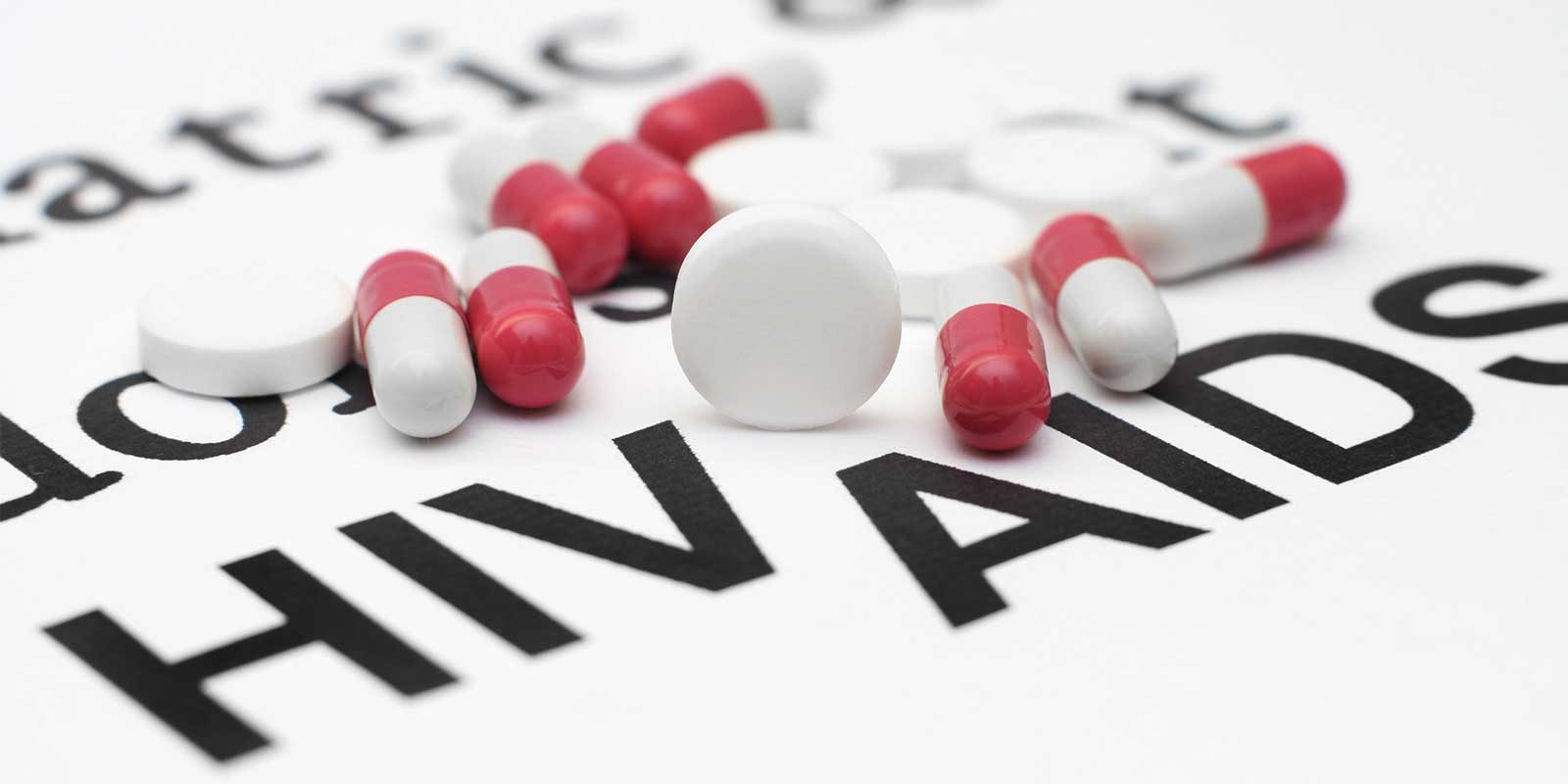 ViiV Healthcare and the Latino Commission on AIDS collaborated on a study to explore strategies to improve healthcare services and HIV treatment adherence for Latino men. Findings from this study were presented in March 2019 during a late-breaking session at the Centers for Disease Control and Prevention 2019 National HIV Prevention Conference in Atlanta, GA. Marc Meachem, Head, External Affairs, ViiV Healthcare; Member, Presidential Advisory Council on HIV/AIDS and Guillermo Chacón, President, Latino Commission on AIDS discuss the study and findings.

With more than two decades of experience in the industry, Marc directs all external and internal U.S. communications and public affairs activities for ViiV Healthcare. Under his leadership, Marc has designed and launched initiatives to address the unmet needs of disproportionately affected populations, including the Positive Action Southern Initiative, Youth Scholars Program, and the ACCELERATE! Initiative.

As president of the Latino Commission on AIDS, Guillermo Chacón has a broad history in fighting the disease on a variety of levels within his community. The commission works with community organizations in developing HIV education, prevention programs, and capacity building. The commission, which began in New York City, now serves Latino communities in more than 40 states and Puerto Rico.

Neal Howard: Hello and welcome to the program. I’m your host here on Health Professional Radio, thank you for joining us. My name is Neal Howard. I’m going to have a brief conversation this morning with two gentlemen here from ViiV Healthcare and the Latino Commission on AIDS. Now these two organizations have collaborated on a study to explore strategies to improve healthcare services and HIV treatment adherence for Latino men. Now the findings from this study were presented in March of this year during a late-breaking session at the Centers for Disease Control and Prevention 2019 National HIV Prevention Conference that was held in Atlanta, Georgia. Now joining us is Marc Meacham, Head of External Affairs at Viiv Healthcare, he’s a member of the Presidential Advisory Council on HIV/AIDS and Mr. Guillermo Chacon President of the Latino Commission on AIDS there joining us here to discuss the study and some of the findings. Welcome to the program both Marc and Guillermo, thank you for taking the time.

Neal: Marc, I’d mentioned a bit of your background. A brief background and a little bit of your role there as Head of External Affairs at ViiV.

Marc: Yes and in terms of my experience, I’ve been working in the field of HIV for over a decade and ViiV Healthcare is a company that makes HIV medicines. We’re 100% focused on HIV, we don’t work in any other therapeutic areas and one of the key things in addition to making HIV medicines is really supporting communities and addressing the disparities that we see in HIV in the U.S. particularly along about racial disparities and geographic disparities we see in HIV in the U.S.

Neal: And Guillermo, a bit of your background other than being President of the Latino Commission on AIDS.

Guillermo: Basically as an organization we are the leader of responding to the impact of HIV among Hispanic Latino communities and we’re proud also to include the U.S. territories, Puerto Rico and the U.S. Virgin Islands.

Neal: Now I understand that the HIV epidemic here in the United States disproportionately affects the Hispanic and Latino population. Is this something that is new or has this been ongoing?

Guillermo: Among minorities unfortunately, we’re the second most impacted. Obviously the epidemic it has been devastating, the black African-American communities but Latinos in the last few years and in the latest CDC Centers of Disease Control report a tremendously increase especially among gay, bisexual men in the ages of 25-34 is an alarming new wave of infections and again we’re very concerned because many of them are focused also in the south of the United States.

Neal:  Is it of the region of the United States, is it concentrated there in a majorly disproportionate way MarC?

Marc: Well I think the fact is now with the growth and the mobility in the U.S. that the South is the largest population or region in the U.S. I think there are other factors as well at play there in the South such as access to care, transportation, a variety of issues that are driving the epidemic there.

Neal: Now in the on onset of our conversation, Mr. Chacon mentioned the African-American community as well as the Latin American male community, are the same factors in the South affecting both of those communities?

Guillermo:  I think both communities you know confront structural issues especially stigma and several barriers to access health care. Don’t forget that throughout the nation not every state had decided to expand Medicaid, for example, that is designed to meet you know especially for with low income realities that healthcare is not their top priorities. Other areas that are crucial but in particular on Latinos and we’re very grateful for Viiv supporting this study in three cities – in Los Angeles, Miami,  in New York – that look Latinos especially and I want to highlight to your audience that you know when we talk about Hispanic Latinos in the U.S. you know the issue that we have a lot of foreign-born Latinos and also U.S.-born Latinos and then the diversity that those segments represent add not to the structural issues that I was mentioning at the beginning, the structural issues.

Marc:  I was just going to add to that that I think another thing is and why is critical to have  programs like this is awareness of the safety net that we do have in terms of HIV care in the U.S. So younger people may not have an image of Ryan White and the Ryan White ADAP Care program that provides care to loan people in the U.S. and in addition to that, companies have programs that can provide free care or reduce out-of-pocket care for cost but many people are unaware of this HIV safety net that does exist.

Neal: Would you say that the lack of awareness is based on the fact that myself, speaking only for myself and I’m sure there are others, the HIV fervour for lack of a better term at the moment that we saw a decade, twenty years ago has greatly diminished you know when it comes to public service announcements, the posters that you see at your clinics, the billboards and things about HIV/AIDS and the prevention of that. Why do you think that that activity has diminished although the disease has not.

Guillermo: Yeah, I want to remind you know and thank you for that question, I think the reality is that we need truly you know  to reaffirm or bring back that commitment of visibility and awareness. Unfortunately we don’t have cure for HIV yet, you know there is a lot of folks working on that but as to date we have powerful treatments and that’s good news for the U.S. population and the global population but truly we need to reach you know every city, every county executive, every governor and at the highest level in HHS right now, Health and Human Services, the federal agency, in charge to respond to health issues in the United States is working along with several other partners to put together a plan to end HIV in America by 2030 but we will need to definitely increase our awareness especially about the facts about HIV accessing, testing and those that are HIV positive to immediately access healthcare. I think that’s the biggest challenge that we have ahead of us Neal.

Neal: Marc, at ViiV Healthcare as you said, you’re focused totally on HIV treatment, research and things of that nature. Do you see the research far out running the awareness of available programs and cutting-edge discoveries when it comes to HIV/AIDS treatment? Is it just a matter of getting the word out that these treatments are being developed more rapidly than before?

Marc: Well I think it’s a number of things. I think one thing that is that people should be aware that we have a standard of care for HIV in the U.S. and that’s defined in the DHHS treatment guidelines for HIV and so broadly speaking that standard of care is that people should be diagnosed quickly. Upon diagnosis, people should start treatment that’s for the benefit of people living with HIV but as also to prevent transmission of HIV. So the science has shown that by being on HIV treatment and being undetectable, having an undetectable viral load that virtually eliminates transmission to someone who doesn’t have HIV. And then there are other things that we’re looking at as well as part of the solution – PrEP – there’s currently one medicine indicated for the treatment of PrEP in the U.S. and that’s certainly an area of research and area of research that we’re undertaking as well and there are other things that are being looked at as well. So there’s constantly research going on both for advances in treatment, advances in prevention and also for people who are living longer and longer with HIV. And so some of the things we’re looking at there are actually reducing the number of antiretroviral medicines on board so we’ve recently launched two medicines that have two antiretrovirals in them as opposed to three or more. And when you look at the … of burden of medicine that people are taking in an aging population, people take medicine for arthritis, cholesterol, all the numbers of things, these are other issues that people are thinking about.

Guillermo: For the Latino Commission it’s at latinoaids.org and very soon we will be also posting a summary of this study.

Neal: And Marc, a little bit more about ViiV, where can we go online and get some more information about your company?

Marc: Sure. So for ViiV, it’s viivhealthcare.com and ViiV is spelled ViiV.

Neal: Great. Marc Meacham, Guillermo Chacon, thank you both for joining us here on Health Professional Radio this morning. It’s been a pleasure and I’m hoping that we’ll have another conversation in the future.

Guillermo: We will, we will be on standby. Thank you Neal.

Neal: Thank you both. You’ve been listening to Health Professional Radio, I’m your host Neal Howard. Transcripts and audio of this program are available at hpr.fm and healthprofessionalradio.com.au