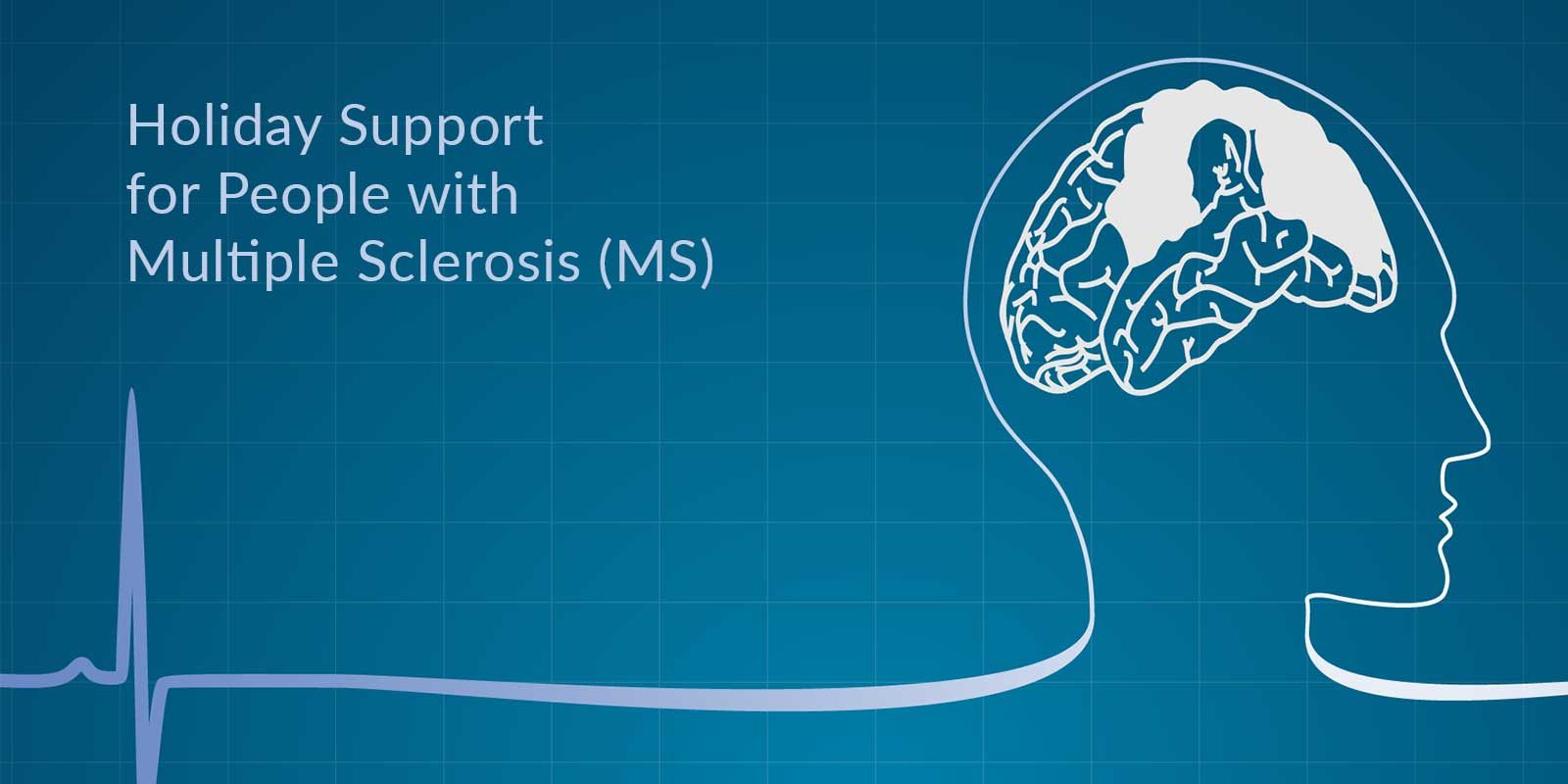 To build awareness for what the holidays can be like for people with chronic diseases (like MS), Erin Boyt talked about the unique challenges the season can bring.

Erin is a 43-year-old woman who was diagnosed with MS at age 27; she is  heavily involved in the development of GatherMS in her local community (Atlanta, GA) and is passionate about patient education and resources; she volunteers at her local MS center to help support and inform other patients who are newly diagnosed.

Working as a certified public accountant (CPA), Erin Boyt credited her symptoms to the grueling nature of her job and the long hours she logged at the office. She never thought that her symptoms could be a sign of MS. As the only person in her family with the disease, Erin’s diagnosis came as a shock.

Over the years, Erin has worked hard to educate herself about MS and stay informed about new research, services and resources. Despite the unpredictability of the disease, Erin believes that people with MS can live full and happy lives, especially when armed with the right “toolbox” of resources. Her passion for patient advocacy and education has inspired her to volunteer with local MS organizations; serve as a patient ambassador at her local MS center; and suggest local services to GatherMS, a resource that connects people with MS and their support partners to helpful services locally and nationwide.

Neal Howard: Hello and welcome to Health Professional Radio. I’m your host Neal Howard, thank you for joining us on the program. Our guest is Erin Boyt, now she’s a 43 year old woman who was diagnosed with MS at the age of 27, so she’s been living with it for it for quite a while. She’s heavily involved in the development of Gather MS in her local community there in Atlanta, Georgia and she’s joining us here on the program today as a passionate educator and resource finder and gatherer. She volunteers at a local MS center and helps inform and support others dealing with MS in one form or another. Welcome to the program Erin.

Erin Boyt: Thank you for having me Neal.

Neal: I’m glad that you’re here talking about MS. Give us a little bit of your story.

Erin: Well my story is like many other young women that are diagnosed with MS at a relatively young age. I was 27 years old when I was diagnosed and that was in 2002. I actually had been suffering from several unusual symptoms including some balance issues and vertigo and saw many different doctors and they all kind of shrugged their shoulders. Finally, I got hooked up kind of with the right team of physicians and they diagnosed me with Multiple Sclerosis which was a shock to me initially. I really didn’t know anyone else who had ever been diagnosed with the disease and at such a young age, it really meant that I had to take kind of account of what my life plan was and what my goals for my life were going to be and consider those goals. It might have having to struggle with managing my lifestyle with a chronic illness and so my journey I like to say kind of began with Multiple Sclerosis. Over time, with the right set of doctors for me and also with seeking out other people with Multiple Sclerosis, creating a community of other patients I began to realize how important it was to focus on my physical health but also my emotional and psychological health as well so that I could continue to live a very full and active life despite having to manage a chronic illness. And so that’s a little bit of my background.

Neal: Looking back, having experienced the misdiagnosis and the shoulder shrugs as you say, what was it that stood out about your final team – the team that actually helped you? Was there something that you can share that they did differently than the others before finally a proper diagnosis was achieved?

Erin:  I think the biggest factor in that was that the team of doctors actually spent time probing and asking me questions, listening actually to my responses about symptoms and those kinds of things and really being investigators from the side of what my symptoms were that I was suffering from and I think that idea of being an investigator kind of has played a role in then my drive to investigate what resources exist in just everyday life that will help me to be active and engaged participant in my life. And that started kind of at that point, that investigatory process.

Erin: Sure. Actually Gather MS was created before I actually got involved and joining in, they are actually live in 16 cities now and have one of 600 services, national services as well as local services that have been contributed by numerous people such as myself who are people with MS who are suggesting services in their communities that they utilize for their everyday life and management and also want to suggest other people with MS as potential resources for them to access as well. So I actually, the Atlanta market was being developed by the Gather MS team and they asked for my assistance in helping to kind of launch the Atlanta services and so I was very active in suggesting all different kinds of services that I had utilized in the Atlanta market as well as that I knew that other of my friends and contacts who also have Multiple Sclerosis in the Atlanta area had also utilized and so that’s how I was invited to kind of get involved with Gather MS.

Neal: During the holiday season, does Gather MS kind of gain some momentum and getting the word out and raising awareness about MS, especially to those suffering from not only MS but other chronic diseases? Colder weather, social demands – talk about some of the support and resources available during this time of the year.

Erin: Sure. I think the holiday season can be a very difficult time for people in general and particularly when you’re suffering from a chronic disease such as Multiple Sclerosis, you’re exactly right now when you say that the cold weather can definitely be a contributing factor but also there are other issues that come into play in the holidays, I’m sure many are aware of which include overbooked schedules, a lot of family obligations that may come up which can distract people from actually their regular routines and then also people do sometimes around the holidays too can have some sadnesses and things like that. I think that Gather MS is a great resource to actually use for patients in order to find different tools in their local area that can help them in supporting their day-to-day tasks, to help them manage their time schedules and then the crazy world that we live in and particularly around the holidays, staying focused on being healthy and well in addition to relieving some of the stress of the added holiday demands, I think it’s very very important. So I think it’s a great resource to visit in order to find those services that people who are also living with the disease strongly recommend. It takes away that that extra research time.

Neal: Erin, it’s very important that we get, is there an MS Awareness Month, are you aware?

Erin: I believe in MS is in March, that I believe is the month for MS awareness. It’s the National Month, we are coming right up on that and there are lots of different opportunities coming up on that month for people to actually become active participants in their MS communities and Gather MS is a great place to visit, gatherms.com where you can find community support and events that will be going on in your local community, that are always looking for more people to to come out and be part of the team so.

Neal: Thanks Erin so much for joining us on the program, it’s been a pleasure.

Erin: It’s been such a pleasure for me too Neal.