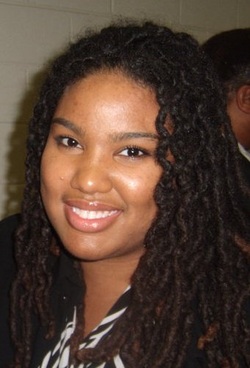 Presenter: Neal
Guest: Dr. Ressurrection Graves
Guest Bio: Dr. Ressurrection Graves is a relationship mentor with an honorary doctorate in divinity who specializes in child sexual abuse prevention and adult healing.  She also offers a roundtable for religious leaders to help them understand and prevent child sexual abuse in their congregations. She is the author of SEXUAL DISCIPLESHIP: Exposing the Strategic Plan to Legalize Sex with Children.

Segment Overview
Dr. Graves discusses the homeless situation and how it contributes to physical and mental health problems as well as child abuse.

Neal Howard: Hello you’re to Health Professional Radio. I’m your host Neal Howard, so glad that you could join us once again for today. Our guest in studio today is returning to have a conversation with us. Dr. Ressurrection Graves, a relationship mentor with a doctorate in Divinity, specializing in child sexual abuse prevention and also in adult healing. Now adult healing can cover quite a bit a territory. We’re here today to talk about the homeless situation here in the United States and also maybe some of the personal experiences that Dr. Graves and some of her associates may have had with dealing with the homeless and also with their mental and health issues. How are you doing today doctor?

Dr. Ressurrection Graves: I’m good. Thank you so much for having me back.

G: Absolutely. So I’m the chief executive officer with Glory Soldiers Global. And we are a domestic and international mission. Our primary focus is to help people as they overcome the effects of child sexual abuse and that does include homelessness, it includes a population that a lot of people are unable to mend their relations, prostitution, it include mental illness and also those that deal with issues with drug related or alcohol related abuse. So we work with the populations that maybe hard to reach, if you will.

G: And we help them to really overcome all of the barriers that they find that they face in their life to overcome the challenges that are really difficult for them to move pass. So that they can have a stable life and to start over again. So that’s the primary, I would say focus of our organization and in that means that we do work with a lot of homeless people. Now with those populations, some of them have they can identify with several of those issues. So someone that may have been human trafficked or someone that may have been a prostitute, may also in kind homelessness, may also encounter having been as a child sexually abused or raped. And so we find that with, who we work with, it’s not always just one thing and…

G: They opened the hospital and it became a shelter which is now called DC family Shelter or DC General Shelter as its nickname. And so now they have probably a thousand people in this old abandoned hospital and there is rodent infestation, there are a myriad of issue that are in health related issue that in that particular shelter. And so there were some investigation that have and done recently. Now we knew about this before because we have some clients that are in that particular shelter but it has now become a media frenzy because Relisha Rudd…

G: Who is the missing 8 year old, who was actually in that shelter with her mother and other siblings. And so now that shelter has become sort of under investigation if you read through the media.

G: But you know it becomes an issue, because for example Relisha Rudd was spending time with the janitor. No one can understand why she was spending time with this janitor, well Glory Soldiers Global went into the family shelter, and I can tell you from our own experience when we went in there to serve some sandwiches and water, spend time with some of the residents there, we had to go through security, we have to give our name in advance. We had to make sure that we were going to the floor that we were assigned to go to. There were security at every single entrance and exit of an elevator. So it’s impossible for this janitor to be walking around with Relisha Rudd without someone else knowing, right?

G: And so one of the things that is not captured in the media conversations, from any of the parents or even with the DC shelter is the fact that there is such security. So with all this security the fact that he had whatever relationship he had with security or the mother there or both. And that it was okay for the staff member to walk around with this child and no one said anything or did anything before she went missing. The fact indicates it…

N: Okay if I can interrupt. Now I’m sitting here fascinated because this is a national issue this missing young girl and we all understand the janitor factor in the story and as you say, no one knew or we don’t hear about all of this security. Now when you say the hospital was closed, I guess it was officially closed, it wasn’t abandoned. However it is vacant, when it was reopened – was it opened by the DC Government? The Chamber Commerce? Who authorize that this place be opened again and used for this purpose or is it even relevant?

G: What if someone else knows that there is as much.

N: It’s not an official place?

G: Correct. It’s now has been officially recognized as a shelter because DC government did go in and established it should be a shelter. They haven’t fixed anything, they haven’t you know done any repairs to my knowledge. But some of the complaints that are coming about the shelter even from Representative Jim Graham who I believe he worked for in DC. He the council member, he went in with some reporters and was able to say that this building is not, shouldn’t be inhabited by people. And so what they’ve done actually is was all this report after the Relisha Rudd case. And then Relisha Rudd case is still open because we have not found the child and we know that again there is now the feast, but they are now taking 100 women from the other shelter that is in another part of the hospital and they are moving them to the morgue. There is a building that was the DC morgue and now they’re no longer using it. I believe they’re no longer using it as a morgue but they’re moving the 100 homeless women into that building, the morgue.

N: Well that, that out of the frying pan, into the fire maybe? I don’t know.

G: Absolutely. I mean, I think it’s absolutely horrible for my experiential perspective and also a natural perspective because I mean that says a lot about what the district believe the one hundred women are capable of doing. I mean that, that doesn’t exactly say you can overcome. (Laughing)

N: Now with none of these fixes being attempted in this well what is now being recognized as an official shelter but only because it was well established by the homeless, by homeless rules and the way the homeless lifestyle is. And then once this came to light people began to look at it and now it is a shelter, I guess maybe not with the same status as an officially erected shelter by the medical society of the community. Are some of this changes going to be affected or is that were Glory Soldiers Global comes in?

G: Well we come in as we like to work directly with the individuals of the family. We want to help people to get housing, we believe in housing first. It has been found in a New York battle, that when you house families and give them the peace of mind to have their own home, they become really spiritually, mentally, emotionally stable.

G: And so it’s already been proven and it’s cost the city less money. And again this was first done in New York that it cost them much less money to actually just house the homeless, give them case management and walk them through their transformation.

G: And so very much like that, that’s what we do.

N: So basically, this is one of those situations where the expenditure of money is more than justify seeing how it’s going to cost more to ignore the problem than basically address it. Even if something above rudimentary addressing the case, am I correct in that assumption or is that?

G: Absolutely. It cost a lot more money to ignore the problem and as we’re talking about you know health and homelessness, one of the big expenditures for homelessness is in the health community.

G: Because you’re sleeping outside, you are constantly fatigued, your body is not at its best, your immune system is not functioning at the level they would be in if you’re at peace in your own home staple. So people encounter health related illnesses as a result of being homeless.

G: And they also go to mental health related illnesses as a result of their homelessness. A lot of people are saying that homeless people are homeless because of alcohol or drugs or mental illness and that is not the case. It’s often is the other way around is because they have been depended into their homelessness and have not been able to overcome it. So what we say is let’s like remove all of the barriers, let’s help people to overcome homelessness that will bring them back to health. It cost less money to deal with the issue and we’ll see people that are taxing citizens, that are getting back on their feet that are completely transformed and contributing for society in a positive way.

N: Great, great. You’ve been listening to Health Professional Radio. I’m your host Neal Howard. We’ve been in studio today talking with Dr. Ressurrection Graves about the homeless situation specifically in the Washington DC area in the United States and how homelessness is often the cause of some other mental and physical abnormalities as opposed to what we stereotypically believe is the other way around 0 that some of this people are homeless because of say alcoholism, mental health, or sometimes child sexual abuse. It’s been great having you here with us today doctor.

G: Thank you so much. We’re happy to share.

N: Thank you. Transcripts of this program are available at hpr.fm and also at healthprofessionalradio.com.au.