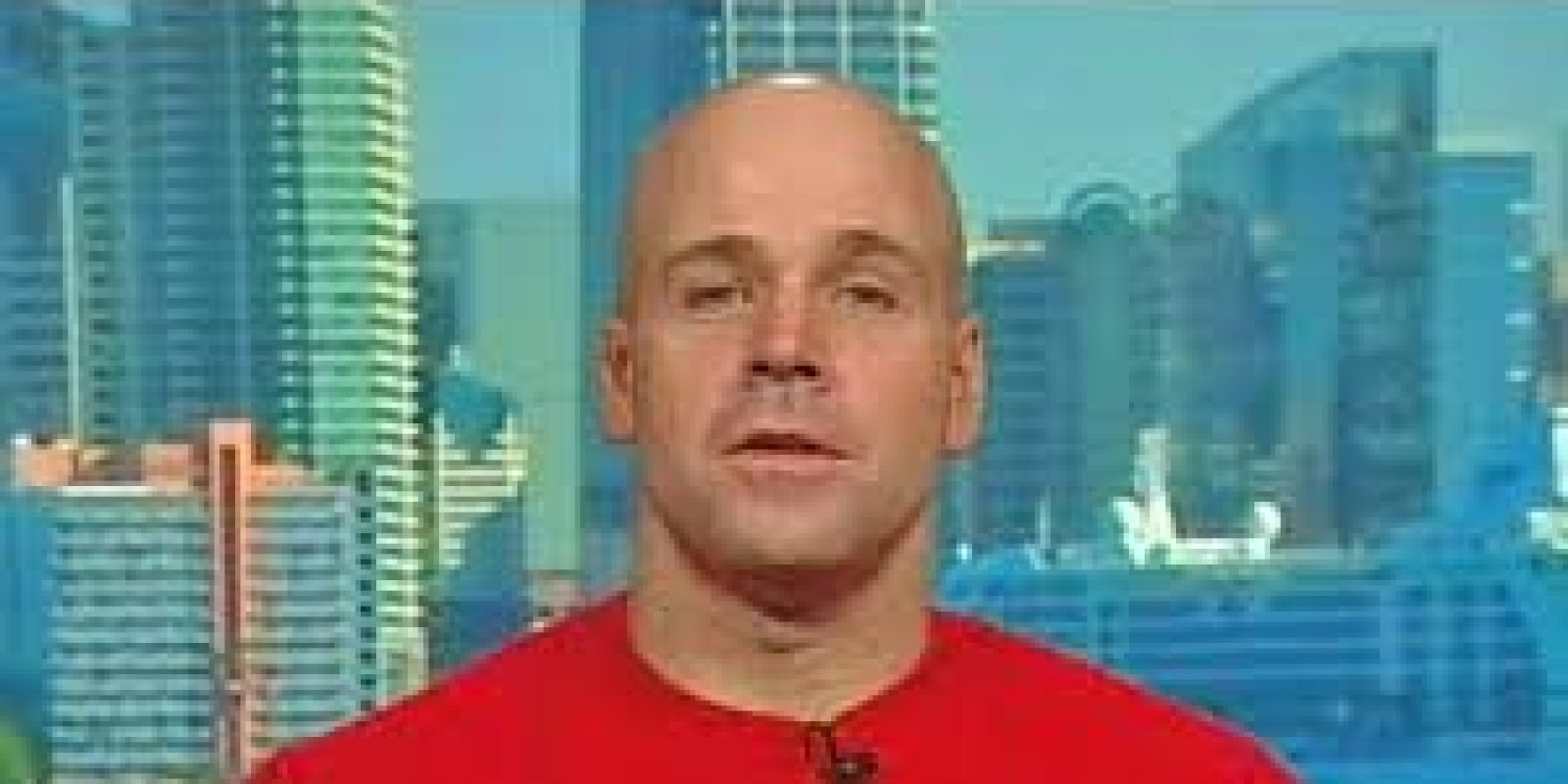 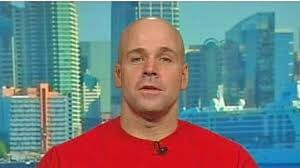 Segment overview: In this segment, Michael Karolchyk, CEO of Spartacus Strategies, offers his controversial opinions concerning what he calls “Fat Acceptance” and the so-called obesity epidemic.

Neal Howard: Hello and welcome to Health Professional Radio. I’m your host Neal Howard, thank you for joining us here today. In studio with us is Michael Karolchyk, he’s the CEO of Spartacus Strategies, a health guru, sports analyst and a contributor to dailysurge.com and clashdaily.com. He opens, runs and revamps gyms and fitness centers up and down the East Coast of the United States. He’s here today to talk with us about a phenomenon that’s come to be known as fat acceptance or obesity acceptance. The United States is currently in what is being called by some an obesity epidemic. Our guest is here to talk about this epidemic and offers some strategies to address it. Welcome to the program Michael Karolchyk.

Michael Karolchyk: Thanks for having me Neal.

N: Thank you for joining us today. You’re the CEO of Spartacus Strategies, you’re a fitness guru, sports analyst, talk about this obesity acceptance. What exactly is fat acceptance?

K: When you know what Neal, about 12 years ago I was contacted by a writer for the Boston Globe. She was writing an article about Massachusetts, trying to pass and they were ultimately successful making obesity a disability. There’s this national movement to get the obesity and the disability. And I of course, gave my opinions on it which were based on 20 years of treating obese people. Getting obese people to lose weight, I said ‘Come on now, obesity is a disability? No. Obesity is 99% of the time is people eating too much and who are lazy.’

N: So if they were disabled because they couldn’t get out of the bed or they couldn’t climb stairs but now they are, I guess it wasn’t a disability. It was basically a lifestyle change, is that what you’re saying?

K: Absolutely, but here is the thing. Almost all the states allowed disability to be collective, they actually outlaw the main states now that you can’t make your hosts stand because that hurts. There are laws that you cannot make your workers stand and for many hours.

N: Are you saying that these laws are just for people that are obese or are they across the board? Say if someone’s working at a fast food restaurant and he weighs a 150 pounds and another guy weighs close to 400 or 350 or something like that and he’s big, obese guy. Are both of these guys are not allowed by the state law to stand for a certain amount of time? Or does this law just apply to the bigger guy?

K: The laws are geared towards obese. Because the obesity groups broke the law so in theory like the smokers. When we were growing up if you remember, the smokers get breaks every 15 minutes, they were not allowed to take their breaks. You’re not going to have much of a leg to stand on skinny guy they needed to grab and have a chair. You take the baby with the bath water …beach and more importantly, the … was tax for cyber insurance companies for not allowed to use weigh gadget. That was one of my biggest thing that came I was as I saw that this is growing. Here’s the biggest problem right now, almost every expert, every economist and every health expert over obesity says we spend almost 400 Billion dollars a year on obesity related cost of the health department. It’s a huge chunk of money every year, and here is the worst part Neal, when I was given that stat 10 years ago it was 180 billion, it’s doubled. It’s going to double again because we’re seeing all these young people who are fat. The diabetes too, get on sleep apnea machines on medicine, we didn’t see this. We were just seeing fat people are getting fat and obese in the ages of 40 and 50. Now we’re seeing these kids 10 onwards. If your kid is 100 pounds overweight, you should be arrested, because the fact of it are that people that suffer from malnutrition, have less health issues that people who are obese. That’s why the obese kids is going to have way more medical bills and way more problems. We arrest the parents if the kids suffer from malnutrition, we shame the parents ‘Oh my God, you didn’t feed your kids, you despicable person and we put the pictures of the paper.’ You have allowed it because you’re weak and that is the big problem.

N: Well let’s look at if someone is weak, say in this era where we’re seeing these kids who are obese. If they’re weak, what is the cause of that weakness? Now we we’re talking about something known as obesity acceptance, the psychological aspects of this obesity epidemic. What is it that’s driving people to accept as you say obesity?

K: A couple of things. First is the lack of males in our elementary school systems and at the home. A key ingredient, which a lot of your audience will get upset by, but again, we’re going to argue in detail. Shame, shame is a good thing. The shame is what prevents a fat girl from eating 3 pieces of cake. Shame is what prevents the fat boy to go to the buffet line of pork pot, they’re shamed. “Don’t make the kids feel bad, don’t make them feel terrible, Johnny have another hotdog’. It’s okay to feel good.”

N: As you say the 99% of people that are obese, they are obese because they’re taking in too much calories and not doing enough exercise. What about the 1% who cannot help their weight? There has to be some reason other than lack of shame, because if that’s the case there’s a lot of acceptance going on across the board not just with the obesity.

K: Not just obesity, we’re seeing it in all throughout the country at where the political correctness is one of the options. You work out, you eat right, you’re not going to be morbidly obese, and it’s pretty simple.

K: No, it was a gradual thing.

N: Then how have we psychologically been manipulated to accept something that before was not readily accepted? How has that come to be?

K: So if you look at the child obesity numbers of the Center for Disease Control, no one studies them more than they. This last generation, the millennial generation has triple the morbid childhood obesity rate in 20 years ago and double the 10 years ago. It’s been a gradual flow to where we now reach this point of this generation and the parents that raised them to produce these kids that have no responsibility. No other generation ever in one shape of form came close to supporting socialism. This generation support … 55% of the kids of the millennial generation support socialism. (crosstalk)

N: Are you saying that this acceptance is all political?

K: I’m saying, let me finish Neal. I am making a correlation now because this generation which did accept socialism, has tripled the morbid obesity rate of the 80’s and double the bit of obesity rates at the 90’s. What I’m started analyzing, all we ever do. when we elections which is really sad is 88% of African-Americans voted for Obama in 2012, 92% voted for him in 2008. All we do is look at race. I want to look at behavior, so what I started doing was finding how do democrats vote (crosstalk)

N: Again, I’m asking you. Is the psychological phenomenon of obesity acceptance, is it due to political activism or the lack thereof? (crosstalk)

K: Absolutely, that’s where I’m getting at. if you look at it maybe we should say that blacks have the most triple the morbid obesity rate.

N: When people are massaging numbers, they make the number say whatever they need to say in order to support their opinion. I get that.

K: I am on the boarder of it, I’m at the front line of the war. Here’s what I will tell you, the stats show that next against in Honduras have similar highest obesity number … over what we live for.

K: This is what I’m getting at Neal. If you believe in … individualism and if you believe in the entrepreneur spirit, and you believe that you’re responsible for your actions that shows you’re a conservative libertarian wouldn’t you agree? (crosstalk)

N: But that’s it’s not the issue here. The issue here is what is the psychological reason or cause of fat acceptance? Not whether libertarian, Democrat, Republican, Trump, or Obama. If there is no medically psychological connection to obesity acceptance then basically we can’t have conversation that is based in politics. We are trying to do medical things here. You’re a fitness, you’re a health guru. Let’s talk about (crosstalk).

N: Sure you can (crosstalk). You can remove politics from anything.

K: Doctors are always trying to find something. My brother’s got a PhD in pharmacology, you can always try to find, there’s a cause, and there’s a medicine and I can give it to you. What I’m trying to tell your audience right now is the obesity war. There is also a phenomena created by the entitlement. And the entitlement and that’s where you remove the shame and then bringing on the acceptance where people on the difficult correctness, you create a tsunami of obesity. (crosstalk).

K: Well you remove the political correctness. First thing is you look at the parents. The parents who now tell their kids, ‘You’re great, you’re awesome, they’re wonderful and every little thing that they do, inflate them with false self-esteem in top of that.

N: You addressed something that shall never be corrected. Because we’re talking about something that exist now. You can’t go back and say ‘well let’s talk to the parents and see how are they screwed it up.’ No, let’s talk about how your company helps these kids who are obese, not be obese anymore.

K: We can get to that later. But we first have to address that societal aspect Neal. (crosstalk)

N: We were going to addressed the societal aspects on another segment. Let’s go ahead and end this today Michael, thank you joining us today. You’ve been listening to Health Professional Radio, I’m your host Neal Howard at healthprofessionalradio.com.au, listen in and download on SoundCloud.