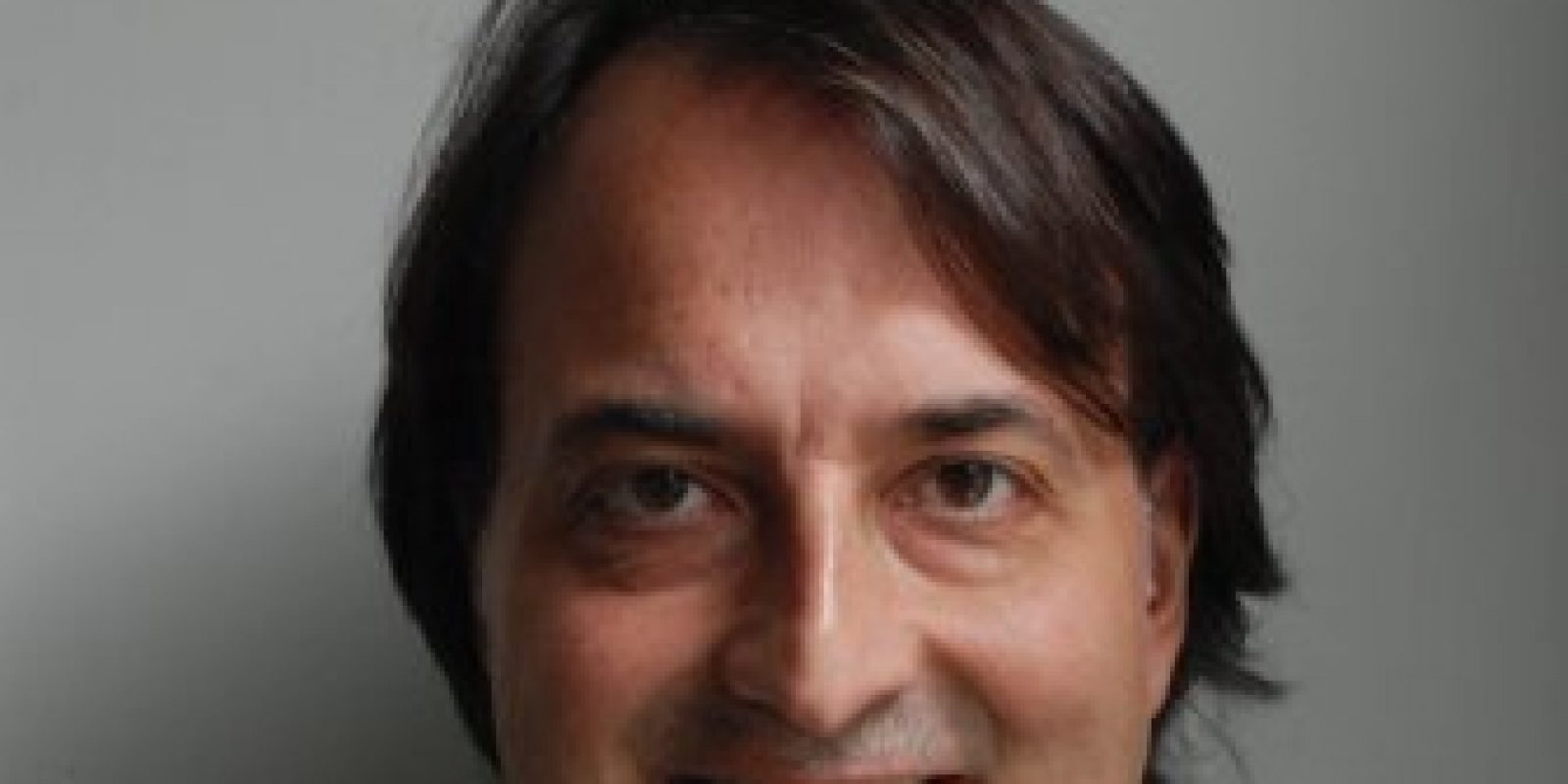 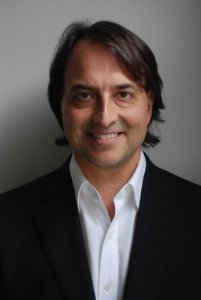 Guest: Yanni Papanikolaou
Presenter: Neal Howard
Guest Bio: Yanni holds a Masters of Health Science in Public Health Nutrition and is a Ph.D. candidate at the University of Toronto focusing on nutrition and brain health. He is the Vice President at Nutritional Strategies where he leads and authors research in nutrition. Yanni is an accomplished peer-reviewed author in scientific and medical journals, and has presented at major nutrition conferences worldwide.

Segment overview: Yanni Papanikolaou, MPH, discusses two new recent studies that he published in Nutrients and Nutrition Journal highlighting nutrition benefits associated with eating grain foods and how these foods provide common shortfall nutrients, such as fiber and B vitamins, for American children and adolescents.

Neal Howard: Welcome to the program today, I’m your host Neal Howard here on Health Professional Radio. Our guest today is returning to speak with us, Mr. Yanni Papanikolaou. He holds a Master of Health Science in Public Health Nutrition and he’s a PhD candidate at the University of Toronto, focusing on nutrition and brain health. He’s here to talk about the two new studies that he published in Nutrients and Nutrition Journal, both of these studies highlight nutrition benefits associated with eating grain foods. Welcome back to Health Professional Radio Yanni.

Yanni Papanikolaou: Thanks for having me back Neal.

N: Thanks for returning and it’s been awhile since we spoke with you last. Some new developments in the world of grains, yes?

Y: Yes. We’ve just published last month actually, two new studies; one in Nutrition Journal and one in a journal called ‘Nutrients’. They were both looking at children and adolescents and in the first study, we were interested in answering the question, ‘How do American children consume grain foods?’ And overall, we found that most grain patterns were associated with better nutrient intakes and an improved overall diet quality. Now a key finding was linked to the new 2015 Dietary Guidelines for Americans and in these guidelines, the experts have identified 10 shortfall nutrients in the American diet, and that is goes for both kids and adults. These shortfall nutrients are nutrients children are not getting enough of so from our data overall, we see that including grains in your diets and this include both whole and non-whole grain foods, leads to higher consumption of many of these 10 shortfall nutrients including fiber, magnesium, folate, and iron. Those are the ones that are on the higher level of the shortfall nutrient intake. That Vitamin D, fiber, calcium, and potassium, then folate has been triggered as our labeled as shortfall nutrient; iron, magnesium.

N: When you’re talking about this better overall nutrient intake and you say it’s across the board with adolescents as well as adults. When it comes to the younger population, are these kids, are they going to benefit as adolescents if their nutrient intake is locked in with the introduction of all of these nutrients early on?

Y: Absolutely. There’s data that actually shows that dietary habits that are built in the early years do carry on into adolescence and the for the most part, it do carry on into adulthood and the elderly years. What you learned from your parents in terms of diet and nutrition, tends to carry through and there’s also a data on the reverse. Parents who are overweight or obese tend to have children who grow up to be overweight or obese.

N: And that’s not a genetic thing either? Or is it?

Y: No. There are cases where genetics do play a role. But for the most part, a lot of the sex that you’re seeing in the American and Canadian population is based on environmental influences. A lot of the overweight and obesity that we see in our kids stems from overconsumption and overconsumption of the wrong foods.

N: Do you find that where you are purchasing your food from as local as opposed to big supermarkets or big box stores, and certainly fast food has to be a no, no. Where do you see your best source to get these nutrients especially as an adolescent?

Y: Well in both of our studies, the data that we’re looking at is from the National Health and Nutrition Examination Survey. This is the data that’s collected by the U.S government every two years and it looks at what children, and adolescent, and adults are actually consuming. It’s coming from local markets, it’s coming from fast food restaurants, and it’s coming from an assortment of places. Our study didn’t necessarily isolate where that different grains, foods are coming from per say but what we’re seeing overall, irrespective of where the food is coming from, there are several benefits associated with consuming different types of grain foods. I tell you in our second study, we looked at sources of energy and nutrients from different grain foods, from grain foods altogether, and then from different grain foods and we found that certain grain foods in particular bread rolls and tortillas, …, cereals and quick-breads are meaningful contributors again of folate, iron, thiamine, niacin, and fiber, as mentioned earlier.

Y: One of the nutrients that we saw, for example fiber intake was greater in 5 of the 7 grain patterns that we examined. If I can take a step-back, we identified within the research 7 grain patterns that kids are predominantly consuming. One of them is crackers and salty snacks, another one is yeast breads and rolls, cakes, cookies, and pies, cereals, something like ready to eat cereals like your Cornflakes or Fruit Loops kind of cereals. Pasta cooked cereals which would be like an oatmeal and rice, quick-breads, and then pancakes, waffles, and French toasts. If a child was identified as being predominantly consuming yeast breads and rolls for example, that didn’t mean that that was the only grain food that they were consuming, but if their predominant grain source was coming from that category. We took all those 7 categories and compared them individually to a category, we found about 5% of the US kids and adolescent population that consume no grain foods. We saw that in 5 of the 7 grain patterns examined, kids who had grains in their diet had higher fiber intakes. Now fiber is a nutrient and public health concerned as identified by a dietary guidelines and it plays a key role in digestive health. An area that you don’t hear and talk about very often in the media is constipation. Constipation is a big problem in children. As a parent I hear other parents talking about it so with the younger children. It’s actually something that can be easily resolved by having more fiber in the diet.

N: In your opinion, why do you think that there is more over the counter remedies for a constipation? And it is a big problem, there are many, many commercials that deal with constipation. Why aren’t there more commercials dealing with, ‘Hey, take in some fiber’. There are a few out there, but the overwhelming majority are for over the counter products, not better grain intake.

Y: Yes. I think a large part of that is lack of consumer awareness. I think consumers are looking for that quick fix and I think they think over the counter supplements or remedies are going to help alleviate the problem. What they’re not realizing is that, it’s a band aid effect, it’s not fixing it long term. Perhaps, that means the industry needs to do a better job of educating consumers. I think that educating moms, dads out there, and perhaps getting even schools and teachers involved on the importance of things like fiber in the diet and how it plays a key part in digestive health. I think that will go a long way.

N: Now where can our listeners go online and get some more information about these two new studies?

Y: Both studies are available online. They are published in open access journals which means that they are available to the public. The first journal is called ‘Nutrition Journal’ and if you Google Nutrition Journal, the latest issue will pop up. And then if you put in my name, Papanikolaou, (laughs) it’s a tricky one, the article will pop up as you put in my name, Grains, in a standard Google search will also give you all the research that has been published.

N: Well, I thank you for coming back and talking with us today Yanni.

N: You’ve been listening to Health Professional Radio, I’m your host Neal Howard with Yanni Papanikolaou. He is the Vice President at Nutritional Strategies where he leads and authors research in nutrition. Transcripts and audio of this program are available at healthprofessionalradio.com.au and also at hpr.fm. You can subscribe to this podcast on iTunes. Listen in and download at SoundCloud.