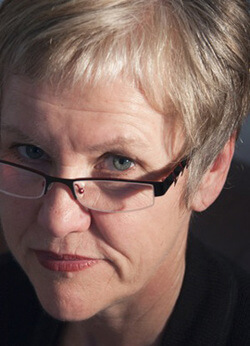 Segment Overview
Rita McInnes is here to talk to us about what actually the i-brainmap is.

Katherine Lodge: Thank you for listening to Health Professional Radio. I’m Katherine, and today we have joining us Rita McInnes, a psychologist in private practice in Central Victoria, specializing in post-traumatic stress and anxiety. Rita provides training, supervision and consultation to practitioners and agencies on using the i-brainmap, and she is here to talk to us about what actually the i-brainmap is. Welcome to our show, Rita.

Katherine: So to start off with, can you tell our listeners what i-brainmap is?

Rita: Yes, so i-brainmap is an actual map that I draw up for people during a session.  It explains the impact of trauma on the brain and why people experience flashbacks and nightmares, things like hyper-arousal.  So I draw a whole map, and it helps people understand it from a lot of different angles, but particularly in very simple practical ways that they can understand; so that’s one part of it.  But then i-brainmap is also a process, and it’s how I start to then – once I’ve educated people about what’s going on in the brain – then teaching them certain skills, mostly mindfulness-based, and techniques they can use, that when they experience activation – what I call activation, which is lower brain activation – they can use these mindfulness-based techniques at the time that it’s happening.

Katherine: Right.  Okay, so just to clarify – if someone has experienced extreme trauma and stress, they tend to be able to, after some time, appear to be okay.  And then are you saying that certain trigger?

Rita: Yeah, so one of the things that happens when people have experienced traumatic, or sometimes overwhelming, events.  I’ve actually extended what I use this for, and it can be, for some people, it’s an overwhelming event which may not hit the category of trauma …

Rita: … but it’s been an extreme event or it may be a repetitive event, even like something like workplace stress can actually have the same impact on the system.

Rita: So what happens is then people might get on with their lives where they feel like they are trying to cope, but then something will trigger it.  It might be a raised voice; it might be more pressure, and then suddenly they go into a kind of panic attack or they can feel like they just have to have a drink of alcohol or …

Rita: So there’s all kinds of ways people react to try and cope with these internal states of distress.  And people usually don’t understand what’s going on in the brain, and so, often people come in and say, “I feel like I’m crazy.  I don’t know why I’m like this all of the time.”  So by understanding what’s going on and understanding that it’s a glitch in the brain, it helps normalize the distress they are experiencing, and they start to understand, “Ah!  That’s because that … Okay, now I need to use this technique,” or we help them find their own techniques.

Katherine: Right.  Okay.  And I’d like to ask you more about those techniques in a little bit.  But can you tell us some history about how i-brainmap was developed?

Rita: Yes, well, I’ve been working on it over ten years.  I didn’t set out to create a map, but in the beginning, I was talking to clients about what I understood about trauma.  I was working with a lot of clients with childhood trauma.

Rita: And as I learned more – we can talk about those if you like later – but as I learned more what was happening to people’s brains, I started describing it and explaining it.  And I just found that people had such a relief when I could explain in a more experiential way.  Not in a theoretical way, but try and map the experience from almost inside, how they might be feeling, together with the brain science that I was learning.

Rita: Over the ten years it evolved into a map that I now do on a A3 piece of paper, as I said, in-session, and they take that away with them to keep reminding them and help them: “Oh yeah, that’s activation, all right, yup.”  So that’s how it evolved, and now I’ve put it together in a book which, you know, we can talk about later too.

Katherine: Right, sure. [laughs]  And can you give us an example?  For example, if a patient was coming to you and you were talking about some of the triggers and normalization of some of the experiences.  What are some of the techniques that they can use to help them, from their anxiety to escalate further?

Rita: Yup, okay.  So, you know, I don’t spend a lot of time looking at what the actual triggers are.  It’s more helping them work with the activation as it happens.  So, say someone’s been in a car accident and now every time they think about getting in a car they start to get very, very anxious.

Rita: So what I would help them do is the first thing is to name it as what it is.  So we talk about calling it activation, which helps the brain make the association that actually this is not a current danger, this is a map that is … you know, it’s the map that’s got … the map of that scary experience when I was in the car accident.  So naming it, noticing what’s happening – and I often get them to use a subscale [sp] [inaudible 05:49] subjective units of distress, naught to ten – you know, how strong is it?  Because even asking people during their activation to try and give it a name, give it a context has to … it’s like if we were almost forcing the brain to have to work in different ways than just drop into their fear.

Rita: But calling it, “Oh, I’m at an eight, I’m at a nine, I’m noticing my chest’s tight.”  So we get them to do that, and then we’re starting to help them find things that they can interrupt, move through it in a different way.  So it’s like having a different relationship with the distress rather than be in the distress.  But Katherine, what I found was using those kind of techniques didn’t have the same impact as when they have the Brain Map and an understanding.

Rita: So if you think about it, the brain, that’s the foundation, and then we add the techniques, which are mindfulness-based.  Our work is to sort of wake them up during the activation, to remember, “Oh, this is lower-brain activation.  There’s not actually a current threat.”  Bring their attention into the present, look around and going, “Okay, I’m just thinking about driving the car, but the sun’s shining, I can hear the Magpie outside, and it’s 3 o’clock in the afternoon, on such-and-such a day.”  So it’s like we’re continually helping the brain … then use the brain function to bring themselves back into the present.  But I think the interesting thing about this work is it’s really coaching them to do that as … during the activation.  So it’s more an out-of-session therapy than an in-session therapy, even though I’m doing it in-session.  My aim is really to help people be able to use these techniques during activation.

Katherine: Right, I see.  So it makes sense that instead of all having it in their head, [laughs] they can get it out on paper, see exactly what it is, and go from there.

Rita: Yes, and I think, you know, the brain is a mapper; that there’s more research coming out now that the brain works with maps.  So if your brain is holding its map of trauma, especially where there’s been extensive childhood trauma, and that’s your model of the world, if you like, and then I’m showing people a different map that’s based on their experience that says, “Now, the reason you might be feeling … you know, many people feel like this,” because it’s a general map.  I’m talking about everyone’s brain who’s been overwhelmed, which is most people.  Then, feeling anxiety might be about your brain dropping into survival mode, based on a map that you’ve developed at three, when your dad was violent towards your mum.

Rita: Your brain is still using that map, and I want to give you a different map.  Or a map that helps you may sense of that map in a different way, is probably a better way to put it.

Rita: And then we build on that.

Katherine: Yeah, I see.  And you do, obviously, face-to-face consultations in Central Victoria …

Katherine: … but to people who … even in Australia, some of our listeners are overseas or not in Victoria … I know on you site you offer some CDs, and also, I understand you’re writing a book.

Rita: Yes, so the CD is really to teach people mindfulness-based skills, which is the core of this way of working, and the book will be coming out in March, and it tracks the process of how brain integration occurs; and a lot of the book is about … I use dialogue a lot, with two characters, Jack and Mary, and we’re actually in-session.

Rita: So it’s really main mapping the brain maps for Jack and Mary, and their different responses, and the stories they have and how people respond – which is a kind of conglomeration of many, many clients and how many people respond that I’ve tried to capture through these dialogues in the book.

Katherine: Right, I see.  It sounds very fascinating.  Well, we’ll look forward to it, and thank you so much for your time today, Rita.

RitaRita: Pleasure, Katherine, thanks for allowing me the time to speak about i-brainmap.

Katherine: [laughs] No problems.  And for those of you who would like to know more, you can go to ibrainmap.com.au.  Thank you.