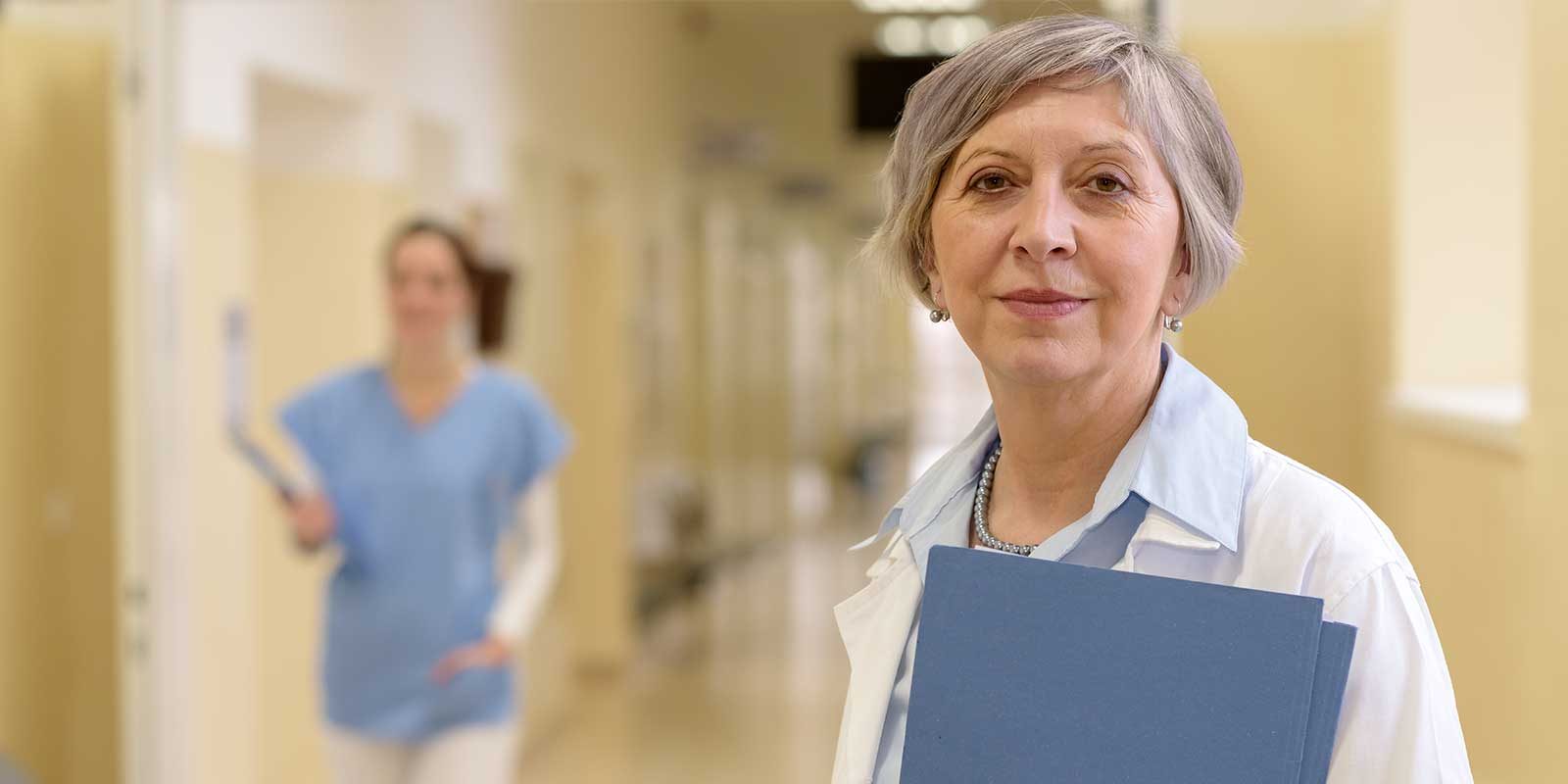 Ran has founded several successful companies, most notably, wireless charging company Powermat. Powermat provides wireless charging stations for Starbucks across the U.S., mobile devices from Samsung, and automakers like GM, Honda and BMW. Ran is considered “the father” of wireless charging technology. However, Powermat is just one of Ran’s many entrepreneurial endeavors. Ran is passionate about “using technology for good.” From using technology to hydrate Africa, to devising a solution to eradicate bedsores, to inventing a new way for the visually impaired to communicate via written text, Poliakine’s entire career has been about innovating new technologies to solve real-world problems, alleviate suffering and improve people’s lives.

Neal Howard: Hello and welcome. I’m your host Neal Howard here on Health Professional Radio, thank you for taking the time to join us once again. Our guest is an entrepreneur, his name is Mr. Ran Poliakine, he’s here to discuss the launch of Illumigyn. Now Illumigyn is a brand-new company and they’ve got a device that’s designed to greatly improve cervical cancer Screening. Currently, pap smear is not as accurate as we may think and Ran is here to talk about this new technology and give us a bit of background. Welcome to the program.

Neal: Ran, give us a bit of background. I said that you’re an entrepreneur, I think that you might be called a serial entrepreneur, is that correct?

Ran: That’s correct. I’ve been doing technology in bridging the gap between consumers for the last good part of 25 years. I’ve started various companies that always with the strive to change the world basically and I was very fortunate to be part of some teams that brought some technology that they clearly changed the way people do stuff. Companies like Powermat which I was a founder which is wireless charging, where since nanos and many others that in some ways change the way people or the healthcare industry is doing stuff. Now Illumigyn is the latest and in Illumigyn we’re trying to bring technology that people or the audience may think is very much, it’s almost like obvious, we’re trying to bring it from one industry to the women health  domain, specifically in the women health domain and specifically in gynecology. There is no objective way to archive and to share information about cervical cancer or even any other cervical disease. A patient is going to a screening today and there is no technology in their local gynecologist other than perhaps magnifying glass but nothing empiric that will give the gynecologist tools to detect or to even have an opinion where there’s something wrong with the cervical area. Of course there is a pap smear but pap smear is only 50 percent right so even if patient have something wrong there is 50% chance that it will skip the pap smear test. What we do is very simple, we take an objective view of the cervical area we have it’s called the gyno scope it’s a technology that simply enable the local gynecologist number one to see what’s going on, so it’s a microscope that is in real-time that’s connected to a big screen so even when the gynecologist is taking the pap smear, you can actually see what’s going on in 15 micron pixel which means it’s like a microscope, that’s number one. Number two, at the same time that the gynecologists doing the screening, the system automatically taking images in a very high quality in multiple wavelengths. Multiple wavelengths, it’s a known method in healthcare  and other industries to get more information. For instance, hemoglobin is reflecting very well with green color. So anyway, the system is taking images so that to the very least, the next year when the same patient is coming to a screening, the gynecologist would take out from the EMR the images and say “Oh I see what was going on last year. This year let’s see what’s going on with this area.” So that’s something that you will expect in the 21st century to have but in fact  gynecology does not support this today, so that is the second benefit. And the third one is clearly that even if you are in South Dakota, someplace and you have an excellent local clinic but you don’t have the expertise from one … gynecologist, those digital images could instantly be sent to an expert in New York City that will look at the images and say “You know what, forget about the pap smear. The pap smear may or may not come positive. In the meantime, I do see that there is an issue in this area.” So you can annotate the area on the image, send it back, request the local gynecologist or perhaps the GP to take a biopsy from this area. Now all of this may sound to you or to the audience pretty simple because it could take the analogy from the dentist, right? You have a toothache, you’re going to your dentist, he is taking an x-ray, it’s yours and you can share it and of course the doctor can only take care of something you can see that it’s wrong. In gynecology, it’s not the case today and that’s really where objectivity and digital revolution brings a lot of value. So Illumigyn, in a kind of a short way to explain is enabling gynecologists and the healthcare to connect between patient to objective images and to expert, all in order to be able to detect early on what’s going on and to remove subjectivity from the process, that’s it.

Neal: In the beginning of our conversation, you mentioned taking this technology from other industries and implementing them into the women’s healthcare space. What specific industries did you borrow from in order to advance Illumigyn?

Ran: Yeah, that’s a very interesting question. So in production line today, in electronics specifically, there are a lot of cameras that are embedded within the production line. Those cameras are intended to check during the process that there are no fault in let’s say the way you implement some component or the welding, etc. And this technology is totally mature, so if you go to a manufacturing line, let’s say SMT or PCB or LCD, you will see many, many cameras that are looking during the process to find out in different wavelengths, by the way, to find out whether there is a faulty component or faulty welding way before you have final assembly. Clearly, the reason to do that is to save the pain and the cost of going all the way to the final production line station and find out that something that started on the PCB level is not good. If technology is pretty much matured, it was a revolutionary technology maybe 20 years ago. Intel I believe started it with checking their silicon chips but today it’s pretty common. Every electronics is using those cameras that are looking either with magnifying optics or different wavelengths to find faulty irregularity let’s say in the process. We are borrowing the same technology, modifying it clearly to the clinical environment into the human body but in essence, it’s the same sensors and the same electronics that is implemented in the gynecologic clinics to provide the outcome that we want. The good news about borrowing technology from one industry to another is that you don’t need to go through the millions and the many years of development that went. So in some ways it’s not exactly instant and of course we had to go through clinical and FDA of course etc. but from a technology development point of view, it’s more of adjusting the technology to the use of gynecology and the healthcare rather than inventing it and that’s something that I liked a lot when we were approached with this project simply because giving a lot of time and it means that this technology will be available to the mass-market way before it would have been otherwise.

Ran: Yes. I think first of all the website of the company is illumigyn.com and we will be very vocal I believe in every woman has conferences specifically for gynecology as soon as we get the FDA clearance which is expected not too long from now, perhaps a few months from now.

Neal: Well it’s been a pleasure, thank you for joining us here on the program today Ran.

Ran: Thank you very much for having me.

Neal: You’ve been listening to Health Professional Radio. I’m your host Neal Howard, in conversation with Mr. Ran Poliakine. He’s a serial entrepreneur and the founder of Illumigyn, an early-stage company that’s basically extending existing machine vision technologies from manufacturing and military applications into the state-of-the-art imaging for the women’s healthcare space. Transcripts and audio of this program are available at hpr.fm and healthprofessionalradio.com.au. You can also subscribe to this podcast on iTunes, listen in and download at SoundCloud and be sure to visit our Affiliate Page at hpr.fm and healthprofessionalradio.com.au