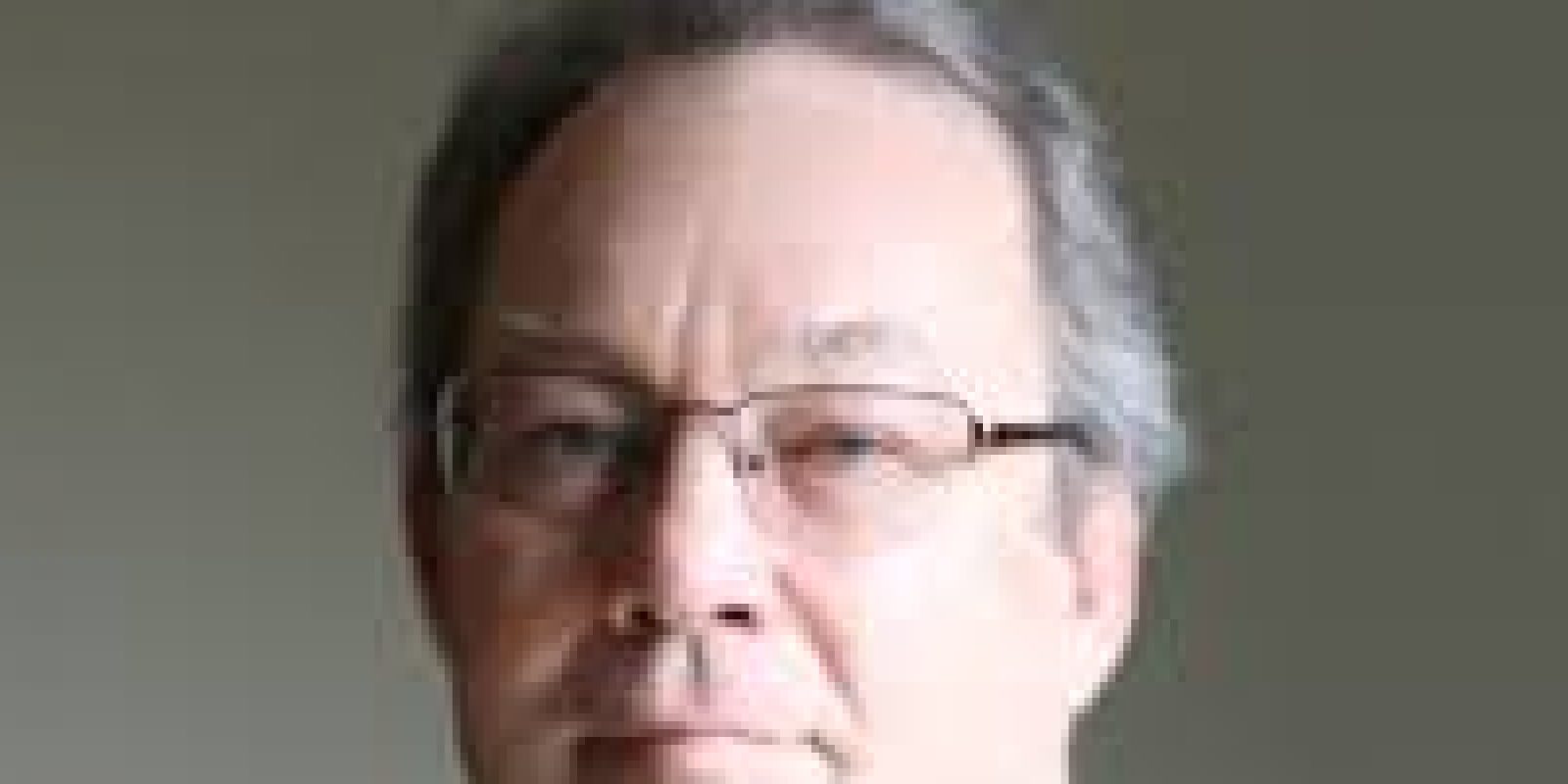 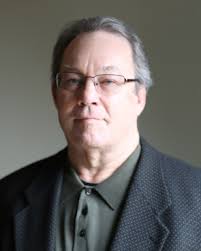 Segment overview: Jack Estes, decorated Vietnam Veteran, talks about how his wartime experiences and PTSD have influenced his new novel “A Soldier’s Son” which deals with a Vietnam vet trying to help his son in Iraq.

Neal Howard: Hello and welcome to Health Professional Radio. I’m your host Neal Howard, thank you for joining us today. Our guest in studio today is Mr. jack Estes, he’s dedicated much of his time to helping other soldiers with PTSD, he’s founded the Fallen Warriors Foundation to bring vets back to Vietnam on humanitarian missions in order to help them to heal and it permeates his writing the main character of his brand new novel A Soldier’s Son is a PTSD suffering father who’s trying to keep his son from joining the Iraq war. Welcome to Health Professional Radio Jack.

Jack Estes: Thank you, I’m glad to be here.

N: Thank you. You’re the author of a brand new book, now is this your first book, A Soldier’s Son?

J: No it’s not, I had a memoire based on my experience in Vietnam, I wrote that many years ago, re-released it actually a couple of years ago called the Field of Innocence and it’s kind of like it tells a story of what I experienced in Vietnam and this book, A Soldier’s Son tells the story of the veteran many years after the war and what he’s experienced and is experiencing. It really deals a lot with post-traumatic stress disorder by illustrating some of the problems and the thoughts and issues that a veteran has. The main character is Mike Kelly who’s chopper is shot down on the jungles of Vietnam in 1968, his crew is dead, most of his small team is dead and he has to make a life altering decision as the enemy approaches and then the book picks up in 2004, the beginning of the Iraq war and Mike’s symptoms of post-traumatic stress are coming on full form, I guess I would say and so it’s causing great conflict to his family. His wife is threatening to leave him unless he goes seek help at the veteran’s hospital and gets back on medication, his daughter doesn’t think that Mike loves her anymore and his son is getting tired of Mike controlling his life and so the family is starting to implode and then his son joins the marine corps with his best friend and they are shipped to Iraq. This makes Mike crazy, he starts thinking about his history more and more and what’s going to happen to his son and how his son will come home damaged like he is and finally he becomes delusional and he travels to Iraq as an embedded reporter in a desperate attempt to save his son.

N: As a long sufferer with PTSD and you’re living with it now, who is your target audience, it would seem to me that maybe some of your writing is therapeutic but are you writing to the person whose got a returning loved one or are you writing to physicians out there who maybe don’t understand how to help some of their potential patients? Talk about your reasoning for writing this particular book.

J: Well it’s cathartic, although this is a novel some of the feelings and sentiments I’ve had over the decades are expressed but I really wanted to write something that would illustrate in a profound way how a war impacts on a soldier and his family and illustrate some of the examples of post-traumatic stress disorder that doctors, therapists, psychologists can identify and how it really takes hold of a veteran. What his thoughts are about these issues and how a veteran may deal on his own with suicidal ideation and it also shows how a woman who loves her veteran and encourages him and helps him to deal with these issues until finally it becomes untenable and then once you read the book you will see it’s generational. The veteran Mike, his father who’s a tank commander in World War II and then he was a marine in Vietnam and some horrible battles and now his son was a marine and Mike is still worried that the delusional thinking that he’s had, the behaviors that he’s had over the years that reflect post-traumatic stress disorder, that his son’s going to be that way. So it’s kind of a generational novel as well but it’s also a love story between a father and a son.

N: Does your book ever touch on the fact that some veterans choose to self-medicate in their search to find out what’s wrong with them even if they decide that ‘Well maybe my behavior or the things that I’m thinking aren’t something that are conducive to a blending in with the society now that I’m out of country.’ Do you ever talk about the medication, the ups and downs of PTSD medication once you are diagnosed or does it talk about the struggle to be properly diagnosed especially back in the 60s when there was no term called PTSD or now fast forward many years in 2004 or 5 and when your story is set in trying to get help?

J: I think one of the things that provides unique perspective is a better understanding of how the VA system works and Mike wanting to save his marriage. He writes about war, that’s what he is, he’s a writer… he works for a local newspaper and he writes about war but his wife is insisting that he go beyond the writing which gives him the distance in a way and get back into therapy and medication and so there are several poignant scenes of Mike being at the VA hospital in his observations, now a new generation of maimed and disfigured soldiers along with his generation which is in their 60s and so there are several sessions that Mike’s involved in with the therapist and doing talk therapy and a circle with veterans from both Vietnam and Iraq and Afghanistan expressing their viewpoints which I think would be very helpful for anyone that is interested in how war impacts on veterans and their families from a clinical stand point and that’s where I think would provide medical professionals some unique insight.

N: In dealing with your own post-traumatic stress, are there times when I guess for lack of a better term, you went into a relapse when you weren’t using some of the tools that may have been given to you in your therapy? And do you address that in your novel as something that can happen to a vet who’s been diagnosed and is taking steps to get a grip at least as best as can be expected by himself? And then saying ‘You know what maybe this isn’t for me’ and going back out and letting those thoughts run rapid again for a time.

J: Well…to say that one of the ways that I have dealt with in over the years is when I had a farther a moment or my mind starts to drift into that, I tried to recognize it and stop it, it’s like a thought, this cognitive behavior that’s happening in my brain and I’ll say something that will get me out of that moment. And sometimes I think veterans… at a moment, they like to think about that and what would be good for veterans and certainly good for me is to think back about the positive things that happened to you when you were in the war, the relationships that you generated and just some positive thing, there maybe a very few of them that like one time I remember one is little boy in the village came up to me for no reason and hugged me. Well I haven’t touched anyone in a human way, in a loving way and the people that I had dealt with were dead or seriously wounded and have this child hug me as if he was my child is a moment I’ll remember for the rest of my life.

J: Well in what I’ve had is responses like this, I got an email from a veteran who said that he was in Iraq and Afghanistan and that he kept my book with him because it helped him survive, my first book, A Field of Innocence and that he was now reading A Soldier’s Son. He has experienced all those things that Mike Kelly experienced as an older man. And I’ve had people comment about how it provides a realization that they never had about the impact on the psyche of war and all sorts of ways to deal with it on a personal level.

N: And where can our listeners get a copy of A Soldier’s Son?

N: You’ve been listening to Health Professional Radio, I’m your host Neal Howard in studio this afternoon with Jack Estes, decorated Vietnam veteran, United States Marine who served during some of the bloodiest years of the Vietnam war. He’s the author of a brand new novel, A Soldier’s Son which was recently released and the story about a father trying to help his son dealing with PTSD. Transcripts and audio of this program are available at healthprofessionalradio.com.au and also at hpr.fm and you can subscribe to this podcast on iTunes.