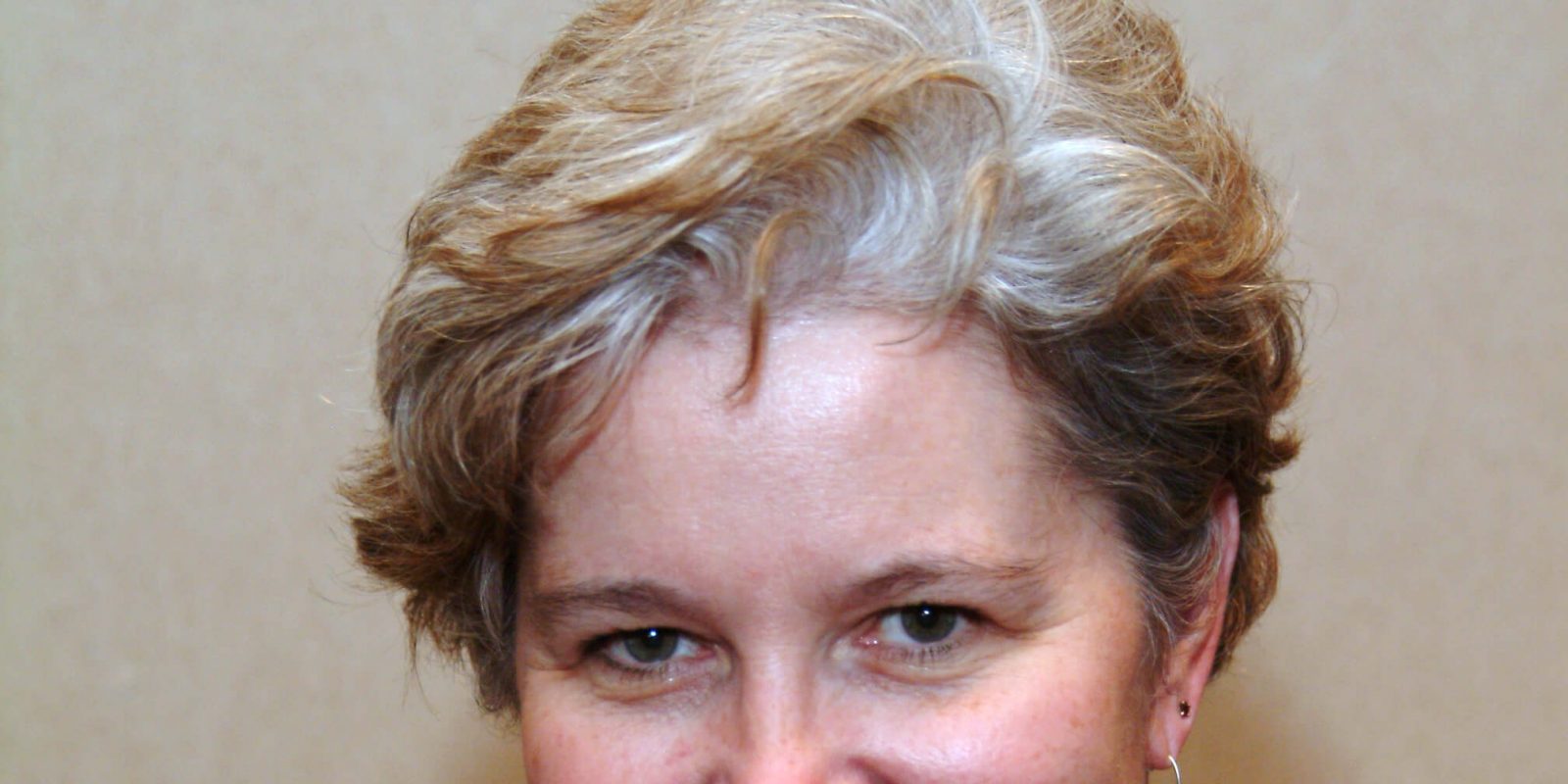 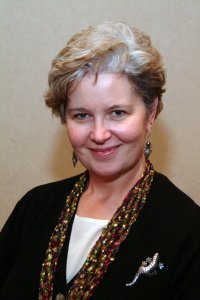 Segment overview: Janet Hieshetter, Executive Director of the Dystonia Medical Research Foundation (DMRF), discusses the results of a survey collaboration with DMRF and Allergan Inc, that show a need for greater awareness of Cervical Dystonia.

Neal Howard:   Hello and welcome to the program, I’m your host Neal Howard. Thank you for joining us here on Health Professional Radio. Our guest today is Janet Hieshetter, Executive Director of the Dystonia Medical Research Foundation, she’s with us today to discuss the result of a survey, that her foundation was involved in along with Allergan Incorporated. The survey shows a greater need for awareness of cervical dystonia. Welcome to Health Professional Radio, Janet.

Janet Hieshetter: Thank you, I appreciate the attention that you’re devoting to dystonia this morning.

N:   Well, thank you for joining us. Most of our listeners as a matter of fact are healthcare professionals themselves, I personally have not heard of dystonia. What exactly is dystonia?

J:   Dystonia is a neurological movement disorder that results in abnormal muscle movements and six postures and positions of the body, essentially if the body is sort of taking over control of volunteering muscles and affecting the entire body, or dystonia can be focused on one particular area like in the eyes or the neck. We provide information and support and actually do research into all forms of dystonia supporting the patient community for people who are affected by every form of dystonia. Cervical dystonia happens to be the most prevalent form of dystonia, definitely involved from that perspective.

N:   Okay, so there are many different types of dystonia. Is dystonia something that affects men and women equally, or is it confined to one sexual or age group?

J:   Unfortunately, it affects men, women and children. There is a slight increase on the number of women who are infected by cervical dystonia, but it doesn’t discriminate, everyone potentially affected by dystonia.

N:   What are some of the symptoms of cervical dystonia?

J:   Cervical dystonia as I’ve mentioned is one of the more prevalent forms and it affects the muscles in the neck. So, even though dystonia is a neurological disorder, it sort of presents from a muscular standpoint and cervical dystonia can be tilted and moved, the muscles can pull the head to either side or it can pull it down to the front sort of where the chin might be resting on a chest or rare occasions back where the head is actually pulled back. And to try that sort of a imagine what a cervical dystonia is, I sometimes encourage people to think about balancing a tennis ball between their ear and their shoulder. So your head is being pulled down trying to keep that ball there and then you can imagine the sort of muscle spasm and the pain that’s associated with that, and then think about doing your routine activities everyday. You’re brushing your teeth, you’re trying to back out of your driveway, have a phone conversation, so you get to see how debilitating cervical dystonia can be for some.

N:   Are these symptoms something that present like immediately or does it take years or some length of time to where you wake up one day and all of a sudden you can’t do what you were doing yesterday or is this something that takes a long time to develop?

J:   Yeah that’s a really good question. Everybody are a little bit different, for some, they wake up and they sense that they sort of slept wrong and we all have that occasion where you slept funny and you wake up and your neck hurts. And you don’t have the movement in your neck that you might have and then it does get worse. For others, it really can be where all of a sudden they’re just not able to hold their head. For some, their head tremors as well, so sometimes that symptom may present after the neck pulling.

N:   Now you say that it presents from a muscular standpoint even though it’s a neurological disorder. In your experience, how often is dystonia misdiagnosed as symptoms mimic something else?

J:   Unfortunately, it’s commonly misdiagnosed because not only healthcare professionals recognize it, it’s not something that even general neurologists may commonly see, and again patients may dismissed some of the early symptoms early on. There’s no biomarker those kinds of things that typically solutions would look to utilize in making a diagnosis. So it’s not uncommon for patients to go from doctor to doctor to get diagnosed, and in some cases actually we have situations where dentists are making the diagnosis, because when a patient is in the chair, they just don’t have the ability to move their head away when they need to, when you get your teeth cleaned, or if you’re having the filling done. And dentists are actually recognizing it and encouraging people to seek out what we call movement disorder in neurology, which is sub-specialty of neurology and people who are much more familiar with dystonia and how to both diagnose and treat it.

N:   Now, the Dystonia Medical Research Foundation is involved with a company called Allergan Incorporated. You, too, collaborated to conduct the survey recently. Can you talk about the survey, what was the results and what we are hoping to find in the first place?

J:   Sure. So, we worked with Allergan for twenty plus years now. They were the first in the market to have batchline and toxin botox approved by the FDA for the treatment of both Blepharospasm which is dystonia in eyelids and cervical dystonia. And we’ve been fortunate to partner with Allergan and patient support and patient awareness kinds of activities. And with this particular survey, we were very interested in learning about the cervical dystonia journey from the patient’s perspective, and specifically what they knew about botox and their awareness of it. So, as we started talking this morning and I realized that not many people are aware of what dystonia is, never heard the word before, it’s not uncommon for people to be hearing the word dystonia when they’re getting the diagnosis. Most people are then unaware of what the treatment options are and associate botox with really frankly cosmetic use, not recognizing that in fact it was approved by the Food and Drug Administration first for therapeutic use and situations like with cervical dystonia. So we wanted to find out from patients what did they know, what were their expectations of botox treatment, where did they go for information, those kinds of things.

N:   Where where can folks go online and learn more about your organization and Allergan?

J:   They can go online to learn more about cervical dystonia and the treatments like botox setter, manufactured by Allergan by going to our website at www.dystonia-foundation.org or contact in our office by phone, some people actually do still use a phone 1-800-377-(DYST) or 1-800-377-3978.

N:   Now in wrapping up Janet. What was the I guess the one thing, I know there are many results that, and many findings, many wish were surprising, but what was the one thing that stuck out to you as being that significant I guess myth buster when it came to dystonia and botox as a treatment?

J:   Well, I think that people need to recognize that there are treatments available for this disorder and that treatment that can provide really good benefit, really restore quality of life and that it is a batchline and toxin and that it’s been used safely for twenty plus years. I think people just are aren’t aware of that, and once they are aware of it, it can make a significant difference in their lives.

N:   You’ve been listening to Health Professional Radio, I’m your host Neal Howard. In talking with the Janet Hieshetter, the Executive Director of the Dystonia Medical Research Foundation. It’s been great having you here with us on the studio with us today Janet.

J:   Thank you so much again for your attention on this important health issue.