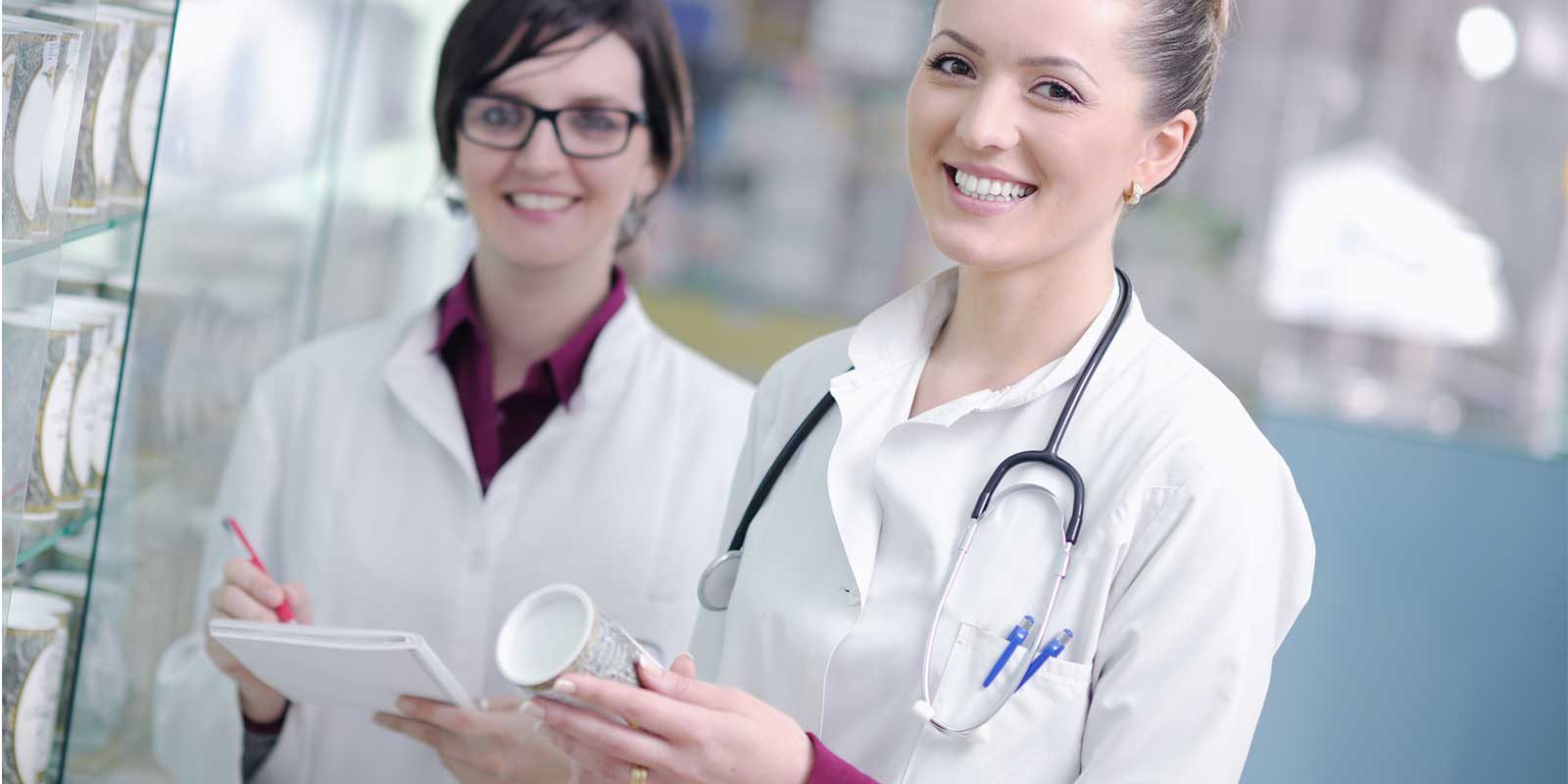 Dr. Ellen Manos, a Doctor Advocate for JDS Therapeutics, discusses a dedicated line of natural, plant-based, nutraceutical products for non-hormonal treatment of PMS, perimenopause, and menopause, what women can expect, and what advancements are being introduced in the field.

Ellen Manos M.D. has been practicing obstetrics and gynecology on the Upper East Side of Manhattan for over three decades. She is a senior attending physician at Lenox Hill Hospital, where her interests include laparoscopic surgery, adolescent medicine, bio-identical hormone replacement therapy and, of course, the everlasting joys of obstetrics, both low and high risk, in a concierge setting. Dr. Manos graduated from the High School of Performing Arts in 1974 and received her bachelor’s of science in biochemistry and musicology from New York University in 1978. She attended medical school at SUNY Upstate Medical Center in Syracuse and graduated in 1982. After returning to New York City, Dr. Manos completed her residency in obstetrics and gynecology at St. Luke’s-Roosevelt Hospital Center in 1986 and immediately entered private practice. Dr. Manos’s practice is distinguished by the personal, one-on-one care that she provides to all of her patients.

Neal Howard: Welcome to this Health Supplier Segment here on Health Professional Radio. I’m your host Neal Howard, thank you so much for joining us on the program today. Our guest is Dr. Ellen Manos, she’s here as a representative of JDS Therapeutics, a biotech company. I’ll let her introduce herself and give us a little bit about her background. Welcome to the program Ellen.

Dr. Ellen Manos: Yes, thank you. Good morning and thank you for having me. Yeah, I am an attending physician in Obstetrics and Gynecology here in New York City. Born and bred here and educated here in Medical School. I have a 35 year experience in OBGYN clinical practice at Lenox Hill Hospital and a private practice. And with those 35 years, of course I’ve been aging with my patients, going through a lot what they’ve gone through and also learning along the way how to deal with issues from day one first going all the way to menopause. So as a result, I’ve become very very interested in dealing with the perimenopausal and postmenopausal patients and JDS has come a long way in developing some good products for these women so here I am to discuss things with you.

Neal: These products that are developed by JDS Therapeutics, now they’re a biotech company and you’re the doctor advocate for them. Are these just regular pharmaceuticals? What are they made from?

Dr Manos: Yeah, no this is a good question. No, they’re not pharmaceuticals at all. They are all blends, proprietary blends of very natural substances. The two in particular actually, there are three, but we can discuss them as they come along but they are all basically designed as an alternative for women who either can’t or don’t want to use any estrogen preparations, either for menopausal symptoms, PMS symptoms or certainly for things like vaginal dryness and other issues that peri and postmenopausal women have to deal with. And for a long time, these kind of discussions were not being discussed with their OBGYNs, whether or not it was just because women were a bit skittish about discussing it. It’s a sensitive issue, it deals with a lot of problems and sensitive issues that they don’t want to discuss. And now that the discussion has come up, we’ve noticed over the past five to ten years that women were really needing and almost demanding alternatives to hormone replacement therapy. And that’s not to say that it is a bad thing, hormone replacement therapy for many women is fine. But for those who don’t want it or can’t use it, a lot of these substances have been figured out and now marketed as an alternative. The two that I really do want to mention, Relizen which is something for hot flashes, mood swings and those kind of issues associated with peri and post menopause has been in Europe, developed in Sweden for over 40 years. Millions and millions of women have gotten relief and it’s a natural substance made from a pollen, a plant pollen. They remove the allergic  coating and when they studied it first for memory, they realized that patients were getting rid of their hot flashes and so they started, yeah, marketing it as a hot flash remedy and it was considered a medicine in Sweden so it went through rigorous trials there and it was very found very effective in studies, clinical studies, large numbers of women. And so now it’s here in this country, JDS is as I said the main supplier of this substance and it has no estrogens, it works up in the brain not in the bloodstream to affect you in any way and it really has been shown in clinical studies to be safe and effective and it’s been a godsend for women who have hot flashes, mood swings, sleep disorder. And as a result, they think clearer, they feel better – so this is one of them. The other product that as I said was marketed, Revaree, and this is something for local use, the vaginal dryness I was speaking about earlier with menopause. It happens, what we found is this is not negotiable – some women can live with it, some women can’t. And most women shouldn’t have to live with it, but as a result, estrogen creams can be used – the ones who shouldn’t or won’t use estrogen creams have this new product, this hyaluronic acid which is a moisturizer.m And again, JDS had done its due diligence and has found that hyaluronic acid has been used again for 30-40 years in Germany. It’s a natural substance that traps moisture … and with use as early as nine days, but of course the longer you use it like any moisturizer. I mean honestly we know as women you have to keep using moisturizer in order for it to continue working. But this is a fabulous product for women for moisture and it’s been as I said, a very welcome addition to our armamentarium in treating women.

Dr Manos: Right, well of course the hormone therapy is a really long discussion and there’s a big difference between local hormone therapy, meaning creams and gels for the outer area in the vagina and systemic meaning it’s going of course into the bloodstream the systemic hormone therapy discussion is ongoing. We have studies from way before in the year 2000, of course a big study in 2001 was put out and there’s issues with patient selection. So part of it is patient selection part of it is the women who cannot use estrogen for a variety of reasons – blood clot history, cancer history, breast cancer, uterine cancer, certain skin conditions. There there are reasons why women, medically, should not take hormone replacement therapy. So for those women who want relief from systemic symptoms and cannot use it, of course now we have this alternative in Relezen, there is really no reason why they shouldn’t try it. It’s not a hormone, it doesn’t bind to any hormone sites and this is proven in studies. So then there’s other women who don’t want to take hormone therapy. Now of course that’s a separate issue, they may not just because they’re afraid of it, whether it’s rational or not, if they choose not to, they still may be suffering the same symptoms and as a result as I said, this kind of alternative is fantastic for them. Now in terms of the local therapy, the local therapy likewise, there are some women who are told ‘Do not use local estrogen creams for the dryness, for the symptoms of bladder problems, for the symptoms of dyspareunia, painful intercourse.’ They are told by maybe their oncologist, right. Their breast cancer, it’s early on, they’re taking anti estrogens and a lot of the oncologists will tell them “Absolutely no, we don’t want you absorbing one drop of it.” Whether or not they would absorb it or not is a separate issue but if the doctors tell them “Absolutely no,” they were stuck without any alternative. And so now again, there’s an alternative for them. There’s a whole set of other women who, again, don’t want to use anything synthetic or naturally formed estrogens because of philosophical issues and again that’s a separate issue from the medicine. But having this alternative of the hyaluronic acid really is a fantastic thing because they have an ability to affect the change for their symptoms.

Neal: Where can we go and learn some more about JDS Therapeutics?

Dr Manos: JDS is online, the products themselves jdstherapeutics.com but more commonly, as I said, if the patients are interested in any sort of product, they have fabulous websites online. There’s relizen.com which is of course the systemic one that I was telling you about hot flashes, mood swings, etc. Revaree is the hyaluronic acid and they can, as I said, look that up online. There’s extensive feedback mechanisms for patients to read about clinical results, safety, customer reviews and about the company itself, they could look it up. But they have developed these products in a way that is smart, it is thorough, it is based on good clinical studies and that’s why I’m one of their advocates. Myself and many of my colleagues here in New York City have been rallying for these kind of products for a long time and we’re very very happy that they are available at this point. Of course, it all depends on the patient and what they want to try if they’re compliant with it. You have to give these things a trial. At the same token, we are very happy with its development and with our patient feedback – it’s been good.

Neal: Great. Well thank you for coming in and sharing with us today Dr. Ellen Manos.

Dr Manos: Thank you very much for having me have a wonderful day

Neal: You do the same.

Neal: You’ve been listening to Health Professional Radio, I’m your host Neal Howard for this Health Supplier Segment. Transcripts and audio of the program are available at hpr.fm and healthprofessionalradio.com.au be sure to visit our Affiliate Page when you visit our platform at hpr.fm