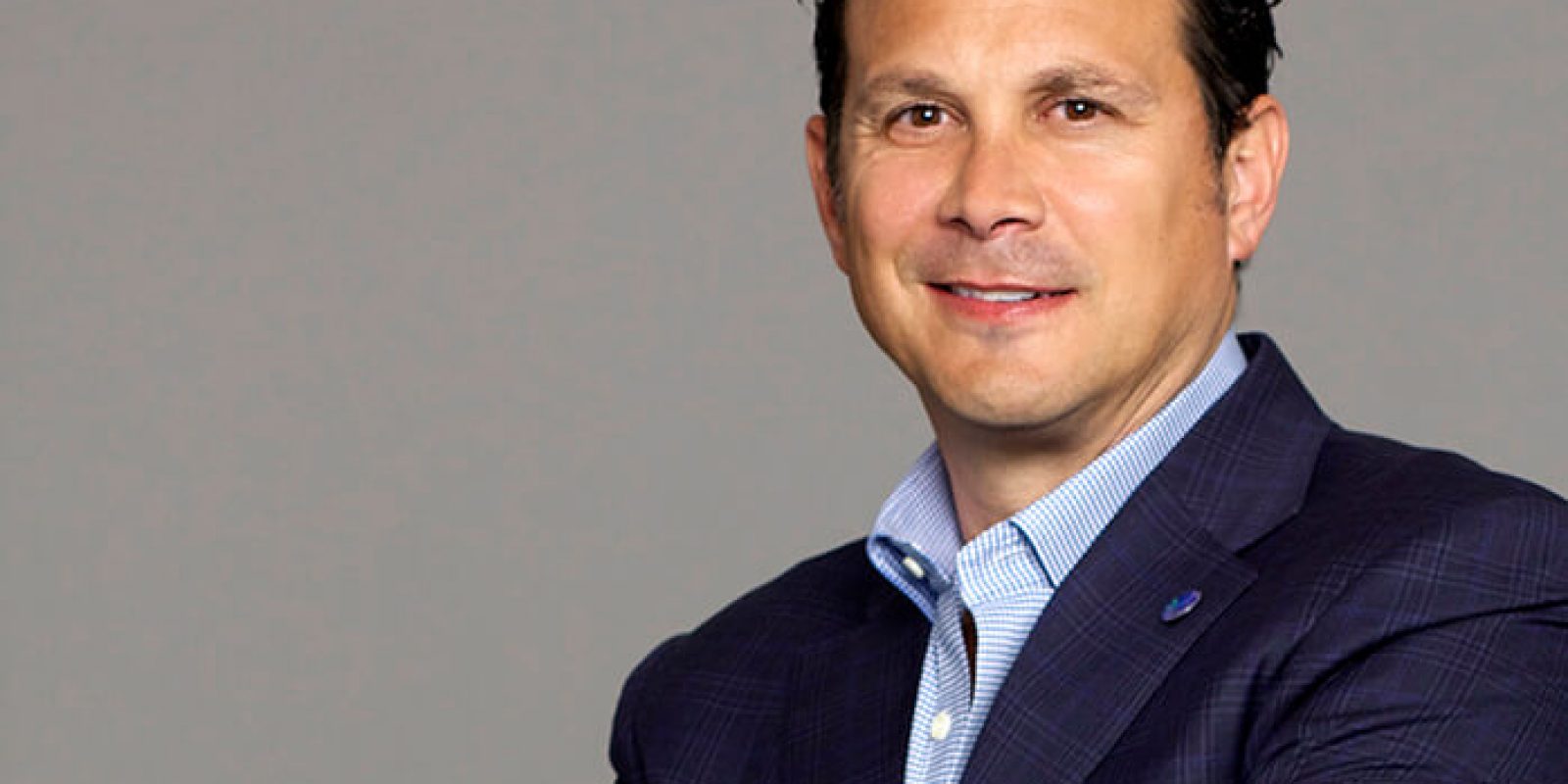 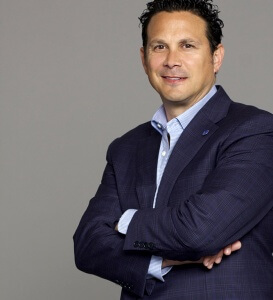 Guest: John Malanca
Presenter: Neal Howard
Guest Bio: John and Corrine Malanca are founders of United Patients Group. (UPG) is a resource in Medical Cannabis information for physicians, patients and organizations. UPG acts as a virtual hand for patients, by helping them navigate through this ever-changing industry with CME education courses and one-on-one consulting to physicians and medical institutions.

Segment overview: John Malanca, founder of United Patients Group (UPG), talks about why he started UPG and their mission to be a trusted resource for health professionals, patients and organizations in the industry of medical cannabis information and accredited education.

Neal Howard: Hello and welcome to the program today, I’m your host Neal Howard. Thank you so much for joining us here on Health Professional Radio. Our guest in studio today is Mr. John Malanca, Founder of United Patients Group and he’s here to talk about why he started UPG and their mission to be a trusted resource for health professionals, patients and organizations in the industry of medical cannabis information and accredited education. Welcome to the program Mr. Malanca.

Mr. John Malanca: Thank you for having me Neal. How are you doing today?

N: I’m doing well, thank you so much for joining us today. Now United Patients Group, you’re the founder of this group. Talk about why you started UPG and exactly what role does UPG play in the, I guess in the getting the word out about the benefits and maybe some of the misconceptions about medical cannabis?

J: Neal, a lot of them. Why I started this actually with my wife back in 2011 my father-in-law Stan Rutner was diagnosed with stage 4 lung cancer, metastasized to his brain. He was from a healthy 77 year old man to literally looking like a prisoner of war and he was literally wasting in front of our eyes. Then he went to the point of living with oxygen, his oncologist said he would not live without oxygen nor would he be able to walk. So I said I’d like to go to your next oncologist appointment if I could. So we, as a family literally picked him up, put him in a wheelchair and wheeled him in with oxygen tanks and we went to his oncologist out here in California and we asked how much time do we have, actually my father-in-law asked, “How much time do we have?” And she looked at us and looked at him and he said this is my family and she said two weeks and you could imagine how that air in that room and I had just recently lost my father so I was a wreck and I said, “There has to be something” and she said, the oncologist said “We can give you morphine” and my father-in-law answered “I’m not in any pain.” And I looked at my wife and everybody I said “I don’t mean to offend anybody here but what about medical cannabis and cancer? We’re seeing some information in the news right now”. This was back in 2011, so the information that was then compared to now is our… and his oncologist said “Good luck, you have 2 weeks. Go for it.” If they would have said 18 hours of life left we would have thought that would have been more realistic because he was gone. And we came across this study that showed 40% of cancer patients die of malnutrition because cancer itself.

N: Malnutrition? Wait, now if I can pause just one moment, you say 40% die of malnutrition. The cancer isn’t what kill them, they could have maybe survived or survived longer had they been eating?

J: Well a lot of cancer patients when they go, when they’re fighting cancer, they just go in the wasting stages and even in a healthy body and I’m sure, I know I’ve had it in few years’ time, low blood sugar and your energy level just goes down and imagine incorporating disease such as cancer in there and so that was a study that we found that 40% of cancer patients die of malnutrition due to the fact they’re not eating and their body is literally shutting down which we have seen a lot with patients taking morphine and it’s happened with my own family members and so my wife’s family members. Her grandfather recently passed and he was on morphine and it slowly just shuts the body down pain free. So that’s not what we wanted to do, we wanted to make his last few days and weeks as comfortable as we possibly could. Truly not knowing the medical benefit of cannabis at that point, all we knew, yes there have been studies in cancer…killing cancer cells but also we wanted to…we knew that cannabis doesn’t do the much easy…appetite and so we went into true panic education form and we came across a coconut oil infused capsule with raw in heating cannabis, so not cannabis oil so that raw in heating cannabis and the reason we want with something like that and I’m telling you we had a guardian angel and I believe it was my father but the reason we went that way is because it was the only product back then that allowed us to, the dosing instructions back then in 2011 and I guess… They recently went coconut oil capsule because it was the only product that we saw that we are able to freeze and cut and so just to see where his body and what ratios work with my father-in-law. We froze his capsule, we gave him about a quarter of the capsule that which is about 5-6 mgs of cannabinoids, not a lot and within 24 hours he was eating and he was eating like a teenage kid and within 8 days he was shuffling around the house and on the 8th day he put away his oxygen tank and I’m…going to his house and looking at him and I said “Don’t get too well”, I used the word cocky but I don’t get too cocky on us and he laughed thinking, okay let’s see how this goes. Well two weeks passed, six months passed and at the 6th month mark he was already walking and driving and everything else like that and hospice which was called in back on day one finally said “Hey, we have to fire you as a patient. You’re doing extremely well.” And so you can imagine how we felt and by that point we had already started this company…and the reason why we started this is because when we were in panic education…only the information out there had to do with the recreation market. Nothing wrong with it but we’re trying to save my father-in-law’s life and so the information was not there, we said “Gosh, we know there has to be a million over families like us, not only here in the States but globally, that cannabis was not our lifestyle.” And so we put it all in one location and that’s what United Patients Group is about but at the 6th month mark we incorporated the FEC Oil which is the Full Extract Cannabis Oil and again he used minute amount. So I know that there were lot of information out there that say take a gram to two grams a day and for us that was not the case, I think the ma we did was about 15 to 20 mgs of cannabinoids a day. It’s not a one size fits all ratio, I’ll get into that later on in this talk but he would take limited size of assessing this…this FEC Oil or Full Extract Cannabis Oil at night under his tongue, so he was able to sleep…psychoactive effect but in the day time he did take the coconut oil capsule which still allow him to function in the day time and at the 9th month mark he was never gonna get scanned and in the 9th month mark he and my mother-in-law went behind our backs just to see what’s going on because they’re already living life. He was riding a bike, swinging golf club and going on vacation and he said “Maybe we should just see what’s going on.” I remember we got a phone call and every time the phone ring early or late morning and night my wife and I would look at each other like it’s just a call that we’ve been expecting.

N: You say you went to his next oncology appointment as a family. Is UPG a family endeavor as well? Is your wife involved or?

J: Yes, she’s co-founder. So she and I started this company before that and her name is Corinne Malanca.

N: Good afternoon Corinne. How are you?

N: With all the talk in the media about legalizing marijuana, different oils and extracts, different states having different laws, that having to do with the recreational side a lot more than the medical side but I’m understanding that your involvement in the medical side is quite significant especially when it comes to dispelling some of the misconceptions about medical cannabis. Could you talk about a bit about your take on it?

C: Correct. Yeah, we’re squarely focused on the medical side of the industry and that’s not to face a negative on the recreational, it’s just not our focus. So our focus is to make sure that the public and patients and people in need including local or state governments and foreign governments we want to make sure that they understand the science behind this modality and what has been founded, if there’s a lot of research out there. Of course the US is not leading in the research but there is research out there about the medical benefits of medical cannabis whether autoimmune, cancers, schizophrenia, there’s quite a few directions that this takes us and we’re very passionate about presenting medical education so that all the myths can be dispelled.

N: Let’s talk a little bit about your website, unitedpatientsgroup.com

J: We are pretty high ranking, I mean people find us from all over the world. We do have medical staff that does offer consultations for patients not only here in the US but globally, we don’t sell products but people do find this quite helpful. And so we reach, I can’t tell you how many Australians we work with on a weekly basis as well as Europeans, New Zealand, Asia, South America and here in the US as well. So we have a large reach, I think a lot of times people appreciate what we do…we got a lot of doctors who recommend their patients even that living in illegal state or illegal country, we’ll find their patients do ask about medical cannabis, they do feel comfortable that they can direct them to our website because we don’t have an alternative motive to sell a product. We’re strictly information and education and we pride ourselves on that.

N: That’s unitedpatientsgroup.com where you can find informational blogs and news about United Patients Group as well. You’ve been listening to Health Professional Radio, I’m your host Neal Howard and we’ve been talking in studio today with Mr. John and Corinne Malanca, Founder of United Patients Group. We’ve been in studio talking about the mission of United Patients Group to become and maintain themselves as the leading resource in medical cannabis information and not only education but accredited education to health professionals, patients and organizations as well. It’s been a pleasure talking with both of you today.

J: Thank you very much.

N: Thank you. Transcripts and audio of this program are available at hpr.fm and also at healthprofessionalradio.com.au and you can subscribe to this podcast on iTunes.