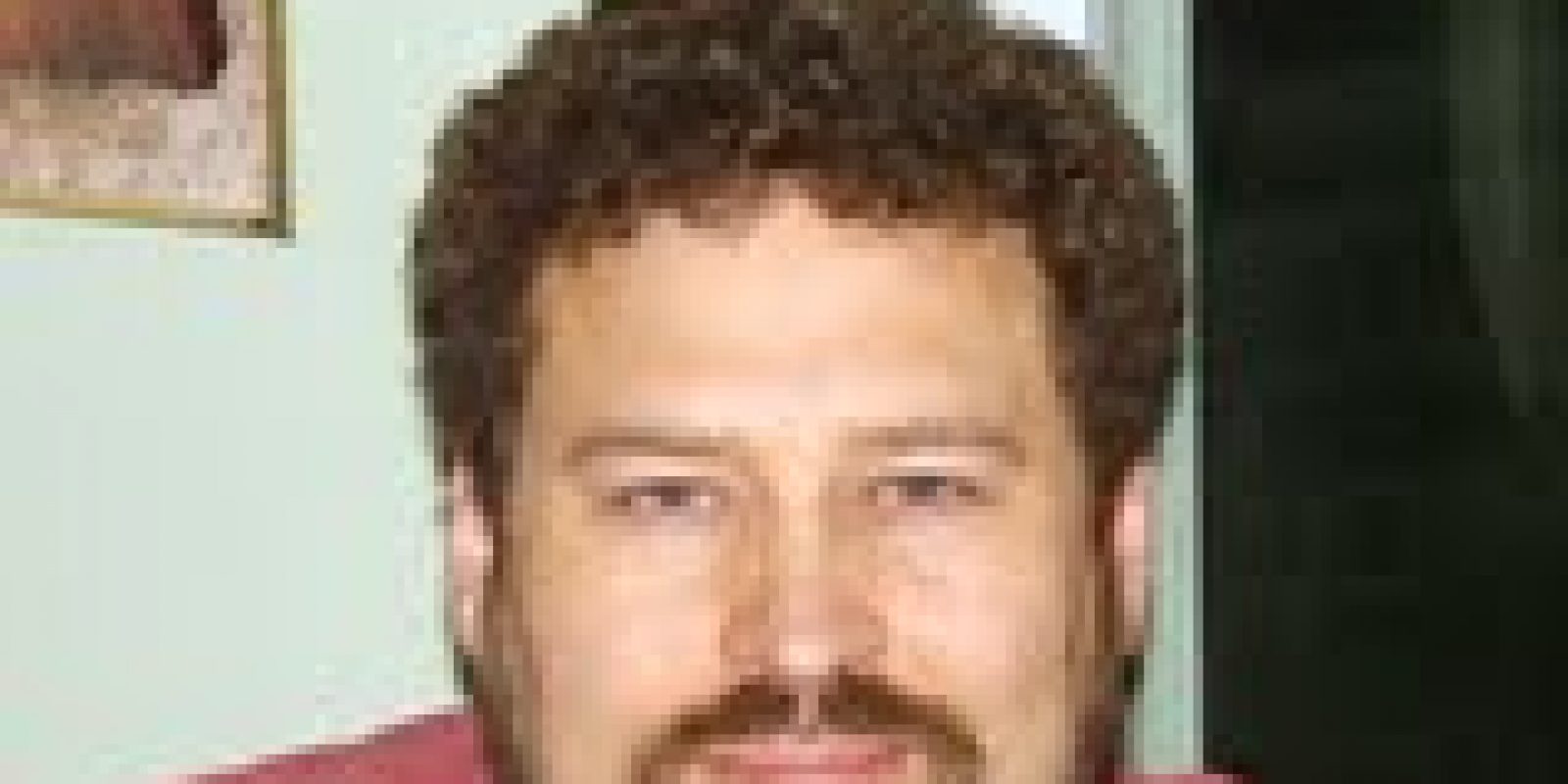 Segment Overview:
Jon Frank discusses the problem of toxic soil and how it negatively impacts health. He also talks about the “Local Foods Movement” that advocates knowing and trusting where your food comes from.

Neal Howard: Hello. You’re listening to Health Professional Radio. I’m your host, Neal Howard. Our guest is Jon Frank. He has been passionate about soil and food quality for the past 20 years. He’s a speaker at the 2013 MOSES Organic Farming Conference. He also owns a soil testing laboratory and he educates gardeners, as well as many large-scale growers across the country, on how to raise nutrient-dense produce. His forthcoming book is Grow Your Own Nutrition: How to Opt Out of Toxic Agriculture. How are you doing today, Jon?

Jon Frank: I’m well.  Thank you for having me.

Neal: It’s great to have you here with us.  You know, we hear a lot about the quality of the foods that we’re eating today – the fruits and the vegetables.  We hear a lot about pesticides.  What is your take on how food is being grown today?

Jon: First of all, there is a big problem.  People are recognising it and as a result, they are trying to get back to knowing where their food supply has come, and that’s really important.  The big problem has come from the [indecipherable 00:59] the application of industrialisation to farming, which is a biological process.  And so, we are consuming foods that is toxic, that has got residues and is impacting very negatively, the health of America.  So the local food movement is a response, and the growth of organics is a response to that very big problem.

Neal: Talking about organic, when we hear the term “organic”, we tend to kind of, at least I know myself, I tend to kind of think that maybe it’s safer than other foods.

Neal: What about locally grown?  When you’re on the side of the road and you see a pickup full of watermelons.  They grew it 20 miles away and didn’t use all these other things that some of these big growers are using.

Jon: Well, that’s very good to talk to the grower.  If a grower is trustworthy, you know the grower and they didn’t use it, that would be better than taking a chance in the grocery store.  So it’s definitely better.  The next thing to do, though, is to go for the flavour.  Does it really taste sweet?  If you have better quality nutrition in the soil, you’re going to have a sweeter flavoured produce, and you can tell that.  And if you’re not sure, just try it with children.  If they don’t like it, it’s probably not as good.

Neal: What was the kid’s name, Mikey – “Mikey will eat anything”?  That would be the test.  Try it.  So what you’re saying is if a watermelon, say, isn’t as sweet to your taste as you think it should be, then it’s possible that it wasn’t grown organically or naturally, or without the toxins?

Jon: No, you really can’t taste whether it was organic or not.  But the flavour is an indicator of the minerals and the way the soil was, the health of the soil, the way it was grown.  In other words, if you meet nature’s requirements with the right level of minerals in the soil, you will have a better flavoured watermelon and more minerals in that watermelon.  The way a plant works is it makes carbohydrates but it always adds minerals to those carbohydrates in the process of making them.

Neal: Now, you claim that only about a third of optimal levels of nutrients are present in most of our produce grown today.  Can you expound on that a bit?

Jon: Yes.  In our lab, we developed something called a nutrient density analysis.  So we started taking produce and testing for the minerals present.  So we took kind of the basic minerals; we went with protein, calcium, magnesium, phosphorus and a few of the trace minerals.  And we had a competition.  Last year we had a competition for butternut squash.  We analysed across the country, 27 different samples that were sent to us – some of them by our growers, some other people took some from Walmart and sent them, whatever.

What we found was a very wide spectrum of minerals in the butternut squash.  When we looked at the bottom ones, there were the poorer minerals, the lower flavour.  We found that the minerals very much matched what the USDA said was in butternut squash.  But what we found is that’s not even close to top quality.  We don’t really know what ideal is, but we know ideal’s got to be higher than our highest one we received.  So we find that there’s a big difference from top to bottom in the minerals present.

Neal: So the government-required level of nutrients and minerals in the produce isn’t even close to what top quality would be?

Jon: That is correct.  It’s not a requirement, but it’s a database of foods that the United States government maintains.  Every so often, they release an update, because they keep checking.  That database is very accurate to what you would find as the average of what is sold in stores.   But it is very, very low compared to the genetic potential of that plant.

Neal: If these plants aren’t being grown, say, up to their genetic potential and we’re eating them, then I guess we’re not actually at our health potential either, are we?

Jon: That is correct.  We are not consuming the needed trace minerals.  It’s especially pertinent to the trace minerals, but we don’t get what we need to run our immune system; our enzymatic pathways are not properly supported.

Neal: So what kinds of health risks are associated with the lack of some of these minerals?  Could you tell us some of the minerals that we would rather be in our produce on a higher level?

Jon: I think universally, almost, manganese seems to be one that’s very, very short.  There could be a glyphosate link to that being tied up by glyphosate.  Zinc, copper are some more that are short and there’s probably many more.  But we’ve stuck with those and iron, as the main ones that we’ve looked at.  But there are so many things in our body that require these trace minerals, so our immune system has a certain number of things.  Even say, iodine is needed for the whole process of regulating your body temperature and the heat and all of that.

Neal: So what is the good vegetable or fruit that contains iodine?

Jon: That’s a very good question.  Sea kelp or kelp vegetables, vegetables from the ocean will have very rich.  But that is a very excellent question.  That is what people typically ask.  But what we need to be doing is enriching our soil – our garden soils – with sea nutrition, minerals and nutrition from the ocean, in order to make sure that all the plants are picking up the iodine that’s needed.  To specifically answer your question, spinach picks up iodine better than other plants.  But we need the iodine in the soil first.

Jon: Right.  The thyroid and the whole system that that regulates, can be shortened.  We see a lot of people who are on thyroid-modulating drugs – Synthroid and Thyroxine.  All those are coming back from a system that’s not working properly in our body.  The cheapest and the best way to do that, is to ensure a diet that contains those minerals.

Neal: Oh, okay.  I guess the best source of minerals to go into the soil would be the minerals that come from the sea?

Jon: That is particularly so for iodine.  But I also would add, many of the minerals coming from volcanic deposits and other geological deposits are also very, very valuable.  You have to create a soil that’s well balanced in all areas.  So, if you just took sea products, you would not have enough calcium and you would still have a very poor quality produce.  So you’d need to balance that with limestone and things of that nature that go and bring up the calcium.  So it’s not just one thing; it’s creating a whole system that actually works.

Neal: Say a physician has someone in and they’re testing them for chronic fatigue or falling asleep at the wheel, and they’re looking at their thyroid.    Would you say that maybe, first suggesting a change of diet or an addition to the diet before putting them on some of the drugs that you mentioned before – the Synthroid or Levothyroxine?

Jon: I would, but I’m not coming as a medical doctor.  I’m just coming as somebody who’s studied soil and studied the nutrients in foods.  Certainly, if you can get higher quality spinach and even really good high quality milk should contain more iodine.  Most of it probably doesn’t.  But yes, I would work with nutrition first to see if that can do the job.

Jon: Also, I would include sea vegetables in the diet.  I would specifically try to get a variety of various kelps and cook with them.  Put them into the foods that you’re cooking or breads that you bake or whatever, and increase those minerals in the diet.  That might do a considerable amount.

Neal: Great, great.  You’re listening to Health Professional Radio.  I’m your host, Neal Howard.  Our guest today has been Jon Frank.  He is the owner of a soil testing laboratory, and he regularly educates gardeners and many large scale growers across the country on how to raise nutrient-dense produce.  He has a forthcoming book called Grow Your Own Nutrition: How to Opt Out of Toxic Agriculture.

You can find out more about Jon Frank and what he’s been doing at his website at mineralizedgardens.com.  It’s been great having you here with us today, Jon.

Neal: Transcripts of this program are available at healthprofessionalradio.com.au.