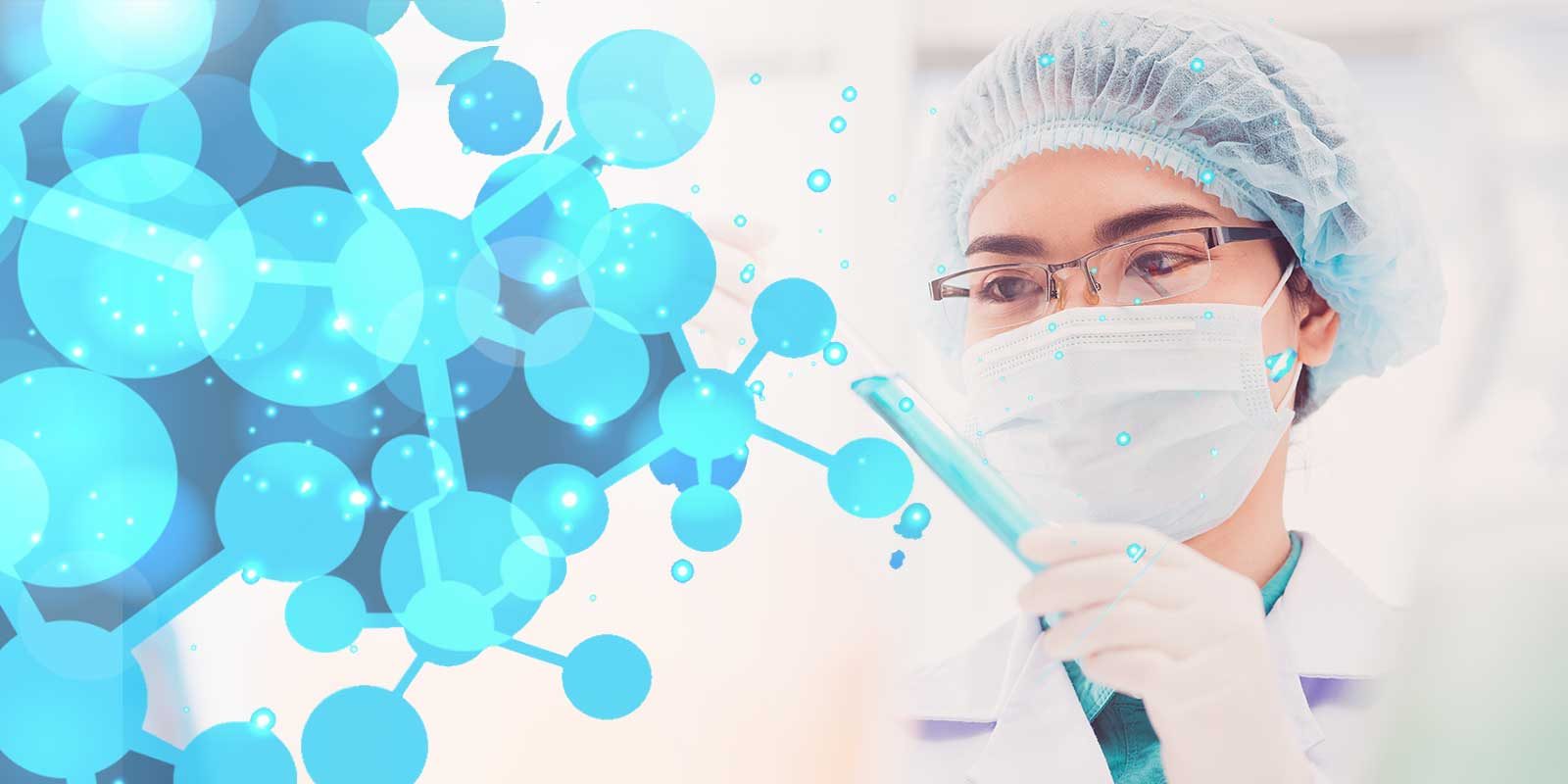 Mr. Parkinson has more than 30 years of experience in the biopharmaceutical industry. As co-founder and CEO of TranXenoGen, Mr. Parkinson oversaw its IPO and admission to AIM in July of 2000, increasing its market value from $90M to $250M within one year. As President and CEO of CereMedix, a drug discovery and development company, he advanced their first product to clinical trials. Mr. Parkinson has raised both public and private capital, built management teams, managed M&A, in-licensed and out-licensed products/technology, and secured major industry contracts and collaborations for a number of companies including Advanced Cell Technology where he was CEO, Johnson & Johnson, PPL Therapeutics, Genzyme Transgenics and Fermetech Ltd.

Neal Howard: Welcome to the program. I’m your host Neal Howard here on Health Professional Radio. Our guest is Mr. Steve Parkinson, he’s president and CEO of Lakewood-Amedex, the privately held clinical stage pharmaceutical company and he’s going to talk with us this morning about their broad portfolio of first in class antimicrobial and antifungal therapeutics. Welcome to the program Steve, how are you?

Steve Parkinson: I’m very well. Thank you Neal and thanks for having me.

Neal:  Well tell me a little bit about yourself and about the work that Lakewood-Amedex, what are they involved in and what is your role there other than CEO and president?

Steve: Well I am scientist originally, I’m actually a microbiologist. And so I’ve been involved with the whole world of bacteria for a very long time. I started out as a bench scientist actually and then got into manufacturing, management, business development and then for the last 22 years I’ve been CEO of 4 companies, 12 years with Lakewood-Amedex. The company is as you know Neal, a drug discovery and development company. We are discovering new compounds to treat serious infectious disease, bacterial and fungal disease. And we completed a first clinical trial and now we’re launching into additional clinical trials. We have a new approach to the antimicrobial problem and as you know, the antibiotic resistance crisis has become quite a major issue and we have a very very different approach.

Neal: So what type of approach does Lakewood take to this antimicrobial resistance? I mean, antibiotic resistance, we’ve been hearing about it for a long time, as you say it is a crisis. What is Lakewood-Amedex doing?

Steve: Well the problem is Neal with antibiotic resistance is if you look at how antibiotics all came about, penicillin was the first one discovered in 1928 by Alexander Fleming. But he found it in nature, it was an accidental discovery and what happened is he found that a mold growing on a plate with bacteria growing on it had a zone of inhibition around it. In other words, a ring when the bacteria wouldn’t grow. The fungus was secreting penicillin which was actually stopping the bacteria from growing. Now this is a nature’s way, of our fungus in nature’s way of taking care of itself. Bacteria can quickly and easily outgrow fungus so the fungus produces the toxic compound penicillin to stop the bacteria growing. As you know, the problem is we’ve seen the bacteria not just lie down and take this. They developed a means of resistance so they can actually destroy the penicillin or pump it out of the cell so that they can continue to live and thrive and this has happened unfortunately with all the antibiotics that we’ve developed. We have a compound that was also an accidental discovery but it actually kills bacteria very rapidly. I can tell you a little bit more about it if you would like?

Steve: So our founding scientist Dr. Roderick Dale, when he was trying to use a technique called ‘gene silencing’ – it’s a way of actually shutting down genes inside an organism to stop them producing things like proteins. So with the MRSA bacteria which I think everybody has heard of which is a nasty pathogen, he was trying to inhibit the growth of MRSA by using a gene silencing technique but the compounds which were his own compounds that he actually used, he found that they were killing these bacteria extremely rapidly. And what was actually happening is these are these compounds that we know called Bisphosphocins and were not actually getting into the cell and inhibiting the bacteria at all. They were actually killing the bacteria very quickly when they contacted the bacterial cell membranes which is kind of the equivalent of our skin. He found that the membranes were essentially falling apart, rupturing and falling apart and of course the bacteria died very quickly. Now the technical explanation Neal is that bacteria have a negatively charged phospholipid membrane structure, it’s actually somewhat similar to our own but different enough. The negatively charged phospholipid membrane, we actually have a neutral membrane structure so our compounds are causing a chemical and electrical interference with the structure of bacterial membranes and causing them to fall apart and rupture so this is a very rapid killing activity which is quite different from antibiotics. We find and this has been scientifically, we can kill into the log six to ten to the log nine bacteria inside of two minutes, by antibiotics typically act over a period of a couple of days,  two to three days, and you have to take them systemically. They circulate in your blood and then they get to the … site and accumulate back there so it’s a much more rapid direct approach. There’s two things actually – one is the rapidity of the killing so bacteria evolve very quickly particularly compared to ourselves. They divide every 20 to 45 minutes depending on the species and they can evolve very quickly. But when you look at the kill times, it’s so rapid, they’re not even going through an evolution. The other advantage we have is that the core of our molecule which is not actually the active part of it is a nucleotide and nucleotides are essential for life in all organisms including bacteria so it would be like poisoning a food that they desperately need and they can’t sort of live without this so they’d have to go through a massive evolution unknown on this planet to not need nucleotides for growth. So I think we’ve got them pretty well placed over there.

Neal:  Does this kill bacteria specifically or is there ever a possibility of them attacking other cells? Cells that have nothing to do with the malady that you’re combating?

Steve: So the actually active against bacteria, yeast and fungi, but there’s no activity at all against mammalian cells – our own cells. We’ve actually proven that quite extensively. This is because again, because of the membrane structure being different. There’s two structures they’re known as prokaryotic and eukaryotic, the mammalian cells are eukaryotic and of a different structure and an electrical charge whereas the bacteria are these prokaryotic cell membranes.

Neal:  What type of a timeline, wrapping up, do you see were these new drugs or treatments are going to be available for widespread use?

Steve: So we’ve completed a first clinical trial on our initial indication which was a small trial but actually very very positive. We saw extremely encouraging trends. We’re now pursuing four different indications, all localized treatments and the idea is of course that we can prevent a bacterial infection becoming a serious systemic infection by treating the infection locally. And these are going into what we call robust statistically relevant clinical trials which means we get a very very good indication of their efficacy in the fact that they work and we should see results from those by mid 2020. So we will know that we’ve got very effective compounds by then and then we should see drugs coming to approval around 2023 which sounds like a long time away but it’s actually not in drug development, that’s a very short time.

Neal: Where did we go online and learn some more?

Steve: We have a website which is www.lakewoodamedex.com and you can get a lot more information there.

Neal:  Steve, it’s been a pleasure. Thank you for joining us on the program today.