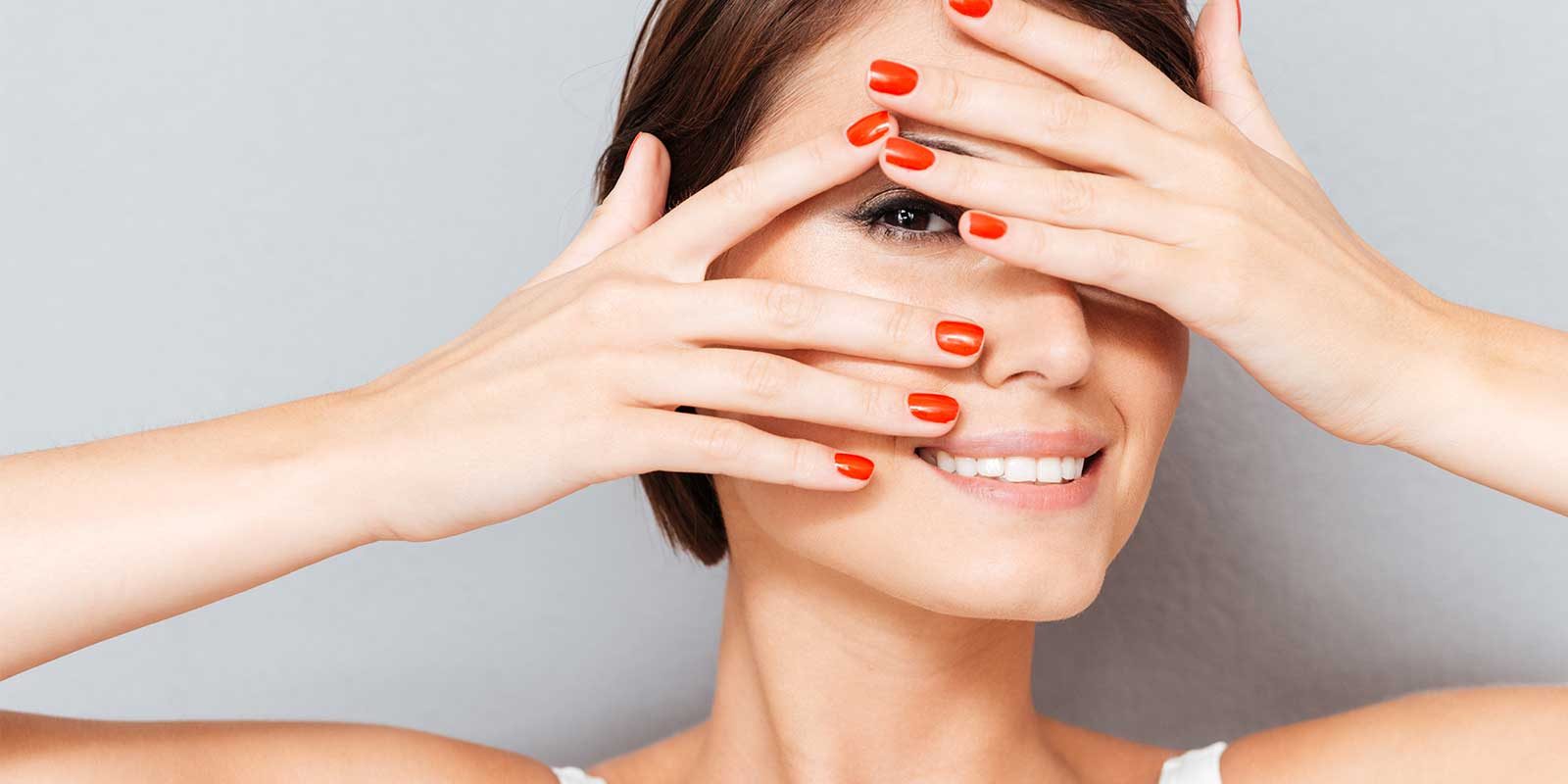 Sandy T. Feldman MD has successfully performed more than 30,000 refractive procedures and is recognized as a leader in the field of ophthalmology. She has such confidence in the precision of laser eye surgery that she even performed LASIK on her own husband. Her vast experience and expertise using sophisticated technology that customizes the procedure for each patient ensures the highest probability of attaining the best possible outcomes.

Numerous professional athletes have entrusted their eyes to Dr. Feldman, including skateboarder Tony Hawk, former Iron Man triathletes Scott Tinley and Lori Bowden, former pitcher for the Philadelphia Phillies Aaron Harang, relief pitcher Brett Tomko of the Colorado Rockies and many others. She has performed eye surgery on so many athletes in the Southern California region that she is known as “the Athlete’s Choice.” Dr. Feldman has also performed surgery on thousands of medical professionals, including other surgeons and the inventor of the WaveScan™ device used in custom LASIK, Dr. Josef Bille.

Dr. Sandy T. Feldman is Medical Director for Clearview Eye & Laser Medical Center in San Diego, which has been voted best laser eye center multiple times in the “San Diego’s Best Union-Tribune Readers’ Poll as well as the Spectrum Award by City Beat Magazine.” Other awards include Top Doc San Diego; the Goldline Award, an honor granted to only 10 laser eye care specialists in the U.S. each year; and the Silver Elite RealSelf Award. She has been profiled in publications such as Forbes and Newsweek and makes frequent appearances as an expert commentator on TV talk shows and news programs, including The Doctors, e-Heath Radio and various San Diego TV network affiliates.

Dr. Feldman attended medical school at Rush Medical College, Rush University in Chicago, where she also fulfilled her ophthalmology residency. Additional training followed with a fellowship in Cornea External Disease and Refractive Surgery at the University of California, San Diego (UCSD). She remained on faculty at UCSD, serving as Associate Professor in Residence and as Director of Refractive Surgery. Her most recent research work has encompassed FDA clinical studies of custom LASIK, as well as studies of a new treatment to halt the progression of keratoconus, a disease which makes fitting contact lenses problematic.
Dr. Feldman is a fellow of the prestigious American and European College of Ophthalmic Surgeons, as well as a member of the American Academy of Ophthalmology and the American Society of Cataract and Refractive Surgery.
Outside of her busy practice, on-going research and media appearances, Dr Feldman enjoys spending time with her family, hiking local trails and practicing yoga.

Neal Howard: Hello and welcome to the program. I’m your host Neal Howard here on Health Professional Radio and I’m glad that you could join us once again. Our guest is Dr. Sandy Feldman, she’s medical director of Clear View Eye and Laser Medical Center in San Diego, joining us here to talk about SMILE. Thanks for joining us on the program Dr. Feldman.

Dr. Sandy Feldman: It’s a pleasure to be here today.

Neal: Well you obviously are involved in eye care at the Clearview Eye and Laser Medical  Center. Did you start out on your medical journey as an eye doctor? Is that what you initially wanted to do or did something happen in your life to steer you in that direction?

Dr Feldman: Well when I was in medical school during the time I needed to make the decision as to what field of medicine I wanted to enter I was taking up ophthalmology and I had the opportunity to observe a patient who underwent cataract surgery and in those days, we used to put patches on people’s eyes. And when the patch was removed, the patient could see and tears of happiness and joy streamed from her face and I said “That’s it. That’s the profession for me.”

Neal: You’re one of the nation’s top LASIK specialists. Explain what SMILE is.

Dr Feldman: Well it’s the latest advancement in laser vision correction that corrects nearsightedness and astigmatism that provides a LASIK-like outcome in a minimally invasive procedure. And you had been describing what SMILE does and basically it uses a laser to create a very thin contact lens shaped layer just beneath the surface of the eye and then a small incision is made through which the thin disc layer is then removed.

Neal: So even though it is invasive, it’s far less invasive than LASIK?

Dr Feldman: Yes, it has a smaller incision than LASIK does. And because of that, people can return to their activity faster and generally we don’t provide, people don’t wear the nighttime goggles that they would with LASIK.

Neal: So there’s no type of goggles that need to be worn or simply not the type that you would wear with LASIK?

Dr Feldman: the goggles are only worn the first night of surgery and after that, they are not needed. So in that way, it’s minimally invasive.

Neal:  I’ve heard that sometimes if a patient has dry eye, there might be some complications or some adjustments that need to be made.

Dr Feldman: With all of our procedures dryness of the eyes can get worse than it is already. However because of the smaller wound, people whose eyes may be drier, SMILE may be a better procedure than LASIK for that.

Neal: So before if you were turned down or not a good candidate for LASIK, you just were out of luck but now with SMILE, you can get the same type of results in this less invasive way. Now both SMILE and LASIK are blade free, it’s all done with laser. Is there ever any part of the procedure that requires a blade?

Dr Feldman: No, not with these procedures. But one of the nice things about the procedures too is that they’re very rapid to perform. About 30 seconds with SMILE of laser time and worldwide, over 1.5 million SMILE procedures have been performed and counting. It’s not new,  it’s actually been FDA-approved in the U.S. since 2017 and the astigmatism was approved just last year at towards the end of 2018. And that’s why you haven’t heard about it a lot in the United States but it’s been around for almost a decade worldwide and it is performed and the  fastest-growing procedure around the world.

Neal: Now you did mention that people that undergo SMILE can get back to their activities faster. Are we talking a significant shortening?

Neal: So how revolutionary is this?

Dr Feldman: Well what’s revolutionary about it is that it’s a one laser method. It only uses one femtosecond laser and that it performs the reshaping of the cornea slightly differently than  LASIK or advanced surface ablation which have been around since 1996 in the United States, so it’s the next big thing in laser vision correction to correct one’s vision.

Neal: In a LASIK procedure, if the patient develops a problem or the vision isn’t as clear as one would expect, is SMILE an option after LASIK? Or is it one of the other and if there is one of the other can it be done a second time to improve upon what has already been done?

Dr Feldman: So if someone has had LASIK, they’re not a good candidate for SMILE. However if they have had LASIK or they’ve had SMILE and they need a small refinement, there are laser vision procedures that can be performed to enhance people’s vision.

Neal: What about age restrictions? Is there is there any indication that a person’s age or the degree of their eye condition plays a part as to whether or not they’re a good candidate for SMILE?

Dr Feldman: As long as people have healthy eyes and they don’t have any other diseases of the eye, then SMILE maybe an option for them so there is no older age limit to SMILE other than it’s important that one’s eyes be healthy. However if someone is farsighted, then SMILE is not a procedure yet that’s approved for farsightedness.

Neal: Well where can our listeners go online and get some more information about your practice and SMILE and LASIK?

Dr Feldman: So if they go to clearvieweyes.com, they can find out and look at information on LASIK, cataract surgery, SMILE and other surgeries to keep one’s eyes healthy and have good vision.

Neal: Dr. Feldman, thank you for joining us on the program.

Dr Feldman: Thank you for having me.

Neal: You’ve been listening to Health Professional Radio, I’m your host Neal Howard in conversation with Dr. Sandy Feldman, Medical Director of Clear View Eye and Laser Medical Center in San Diego. Transcripts and audio of this program are available at hpr.fm and healthprofessionalradio.com.au. You can also subscribe to this podcast on iTunes, listen in and download at SoundCloud and be sure and visit our Affiliate Page at hpr.fm and healthprofessionalradio.com.au