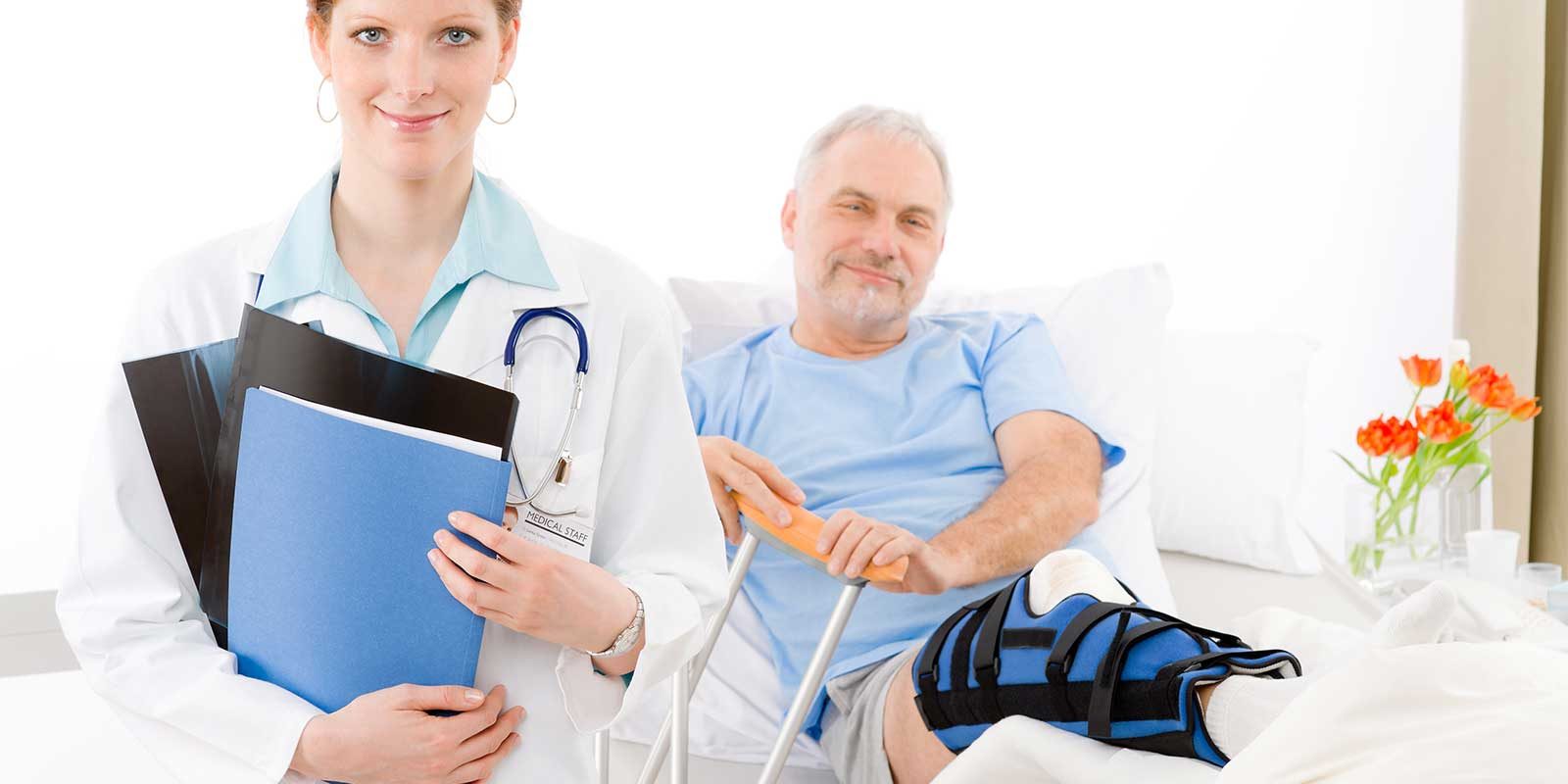 Chef Tony Lawless, 59, tells his story of being diagnosed with rheumatoid arthritis at 19 to having his leg amputated. He talks about his chronic pain and finding DRG therapy (Dorsal Root Ganglion) that has helped him return to work and to inspire others with disabilities.

Chef Tony Lawless, 59, of Deer Isle, Maine was only 19 when he was diagnosed with rheumatoid arthritis, leading doctors to believe he would be in a wheelchair by age 25. Constantly reminded of his limitations, Tony pressed on to complete culinary school at the top of his class at age 21 and work in restaurants across the country. Tony worked 60-80 hour weeks through chronic pain in his joints. After several procedures stemming from a sprained ankle, Tony decided in 2000 to have his leg amputated to increase mobility. Five years later, severe nerve pain caught up with Tony, and he searched once again for medical options that could help control his pain. That’s when he was introduced to Dr. Corey Hunter and turned to spinal cord stimulation (SCS) with Abbott’s DRG Stimulator. In late December 2015 Tony received his permanent DRG implant, significantly reducing his nerve pain, allowing Tony to continue cooking and engage in hobbies such as skiing and hiking.

Neal Howard: Hello and welcome to Health Professional Radio. I’m your host Neal Howard, thank you so much for joining us today. You know every year in April, it’s Limb Loss Awareness Month and I’m going to have a conversation this morning with Chef Tony Lawless. He’s of Deer Isle, Maine and he’s going to talk about his story. He’s going to tell us about being diagnosed with rheumatoid arthritis at age 19 and also about having his leg amputated and a lot more. Welcome to the program Chef Tony Lawless. How are you?

Chef Tony Lawless: I’m doing well. Thanks for having me on.

Neal: Well I mentioned that you’re a chef, you’re of Deer Isle, Maine. Tell us a bit about yourself other than being a chef.

Tony: Well I was raised in New Jersey and diagnosed at 19 with rheumatoid arthritis. Had to drop out of college because of it but just went through all the rigmarole, trying to figure out how to live life as a 19 year old with a degenerative disease. That I was told it 25 I would be in a wheelchair so that was navigating, that was interesting to say the least. And I decided to get into cooking because it was the only thing I enjoy doing and if I only had six years to do what I wanted to do, I figured that would be the best thing to do and it’s probably what saved my life.

Neal: How did you come to be diagnosed? I mean you’re 19 doing what 19 year olds do.  What started, what were the symptoms? What led you to the doctor?

Tony: I was in, going to school in West Virginia, at West Virginia Wesleyan going to college and my wrist, it started in my wrist and it was Christmas break and for about two months my wrist was just, I was in pain all the time. And by the time Christmas came, my shoulders and neck and back were really swollen. I couldn’t sit in a chair for more than 20 minutes, studying was really hard. And so I went home and that was December for Christmas break and my mom took me to a doctor and the doctor sent me to Mass General in Boston and they said you’ve got rheumatoid arthritis. In 1979, they didn’t know a lot about it and they basically just said, “It’s a crippling disease and you just have to take one day at a time and see what happens.”

Tony: Yeah. I had to drop out of college and it was tough. I mean there was a point when I told my mother I said I was in so much pain, I said, “I just can’t deal with this anymore.” I was just ready to move on to whatever’s next and she said, “You know what, that’s not an option.” And dragged me out of bed and took about two hours to get me out of bed. And from that day forward, I just said, “Okay. I’m going to deal with this.” And just figured out how to deal with it and went through life and yeah, I’m 60 years old and I ski a hundred days a year. And you know, I’m this activist. All my friends are, that’s for sure.

Neal: So you doing what you want to do what you love, yeah?

Tony: Yes, by all means.

Neal: So you’re 60 now and you’ve been managing this your entire life. I guess what is the most effective form of treatment for your RA? Well I’ve been on all the standard drugs. I have tried, everything that’s available in the market. I’ve tried anything that’s not standard between crystals and meditation and you name it, I tried it from 19 on and why my sprained my ankle in ’91, fused it ’95. And the arthritis got so intense in my foot that I cut it off. I saw a bunch of doctors. They said, “The only option if you want to be mobile is to amputate your foot above the ankle and so that’s what I did. In 2000, I cut it off and I started hiking that summer and skiing that winter and it completely changed what was going on.

Toby: Changed my life. And then my residual … my stump … and tried a bunch of  traditional nerve medications that are out there and nothing really seemed to work. And so I went from stand up skiing to skiing in a bucket or a mono ski, it’s basically a chair on a ski and knew there had to be something better. So it a bunch of research and found the DRG from Abbott and went down to New York and had a trial one put in and I hadn’t walked … an island probably for five years and they put the trial stimulator in and I walked out of that office and did a 5-mile walk around Central Park.

Neal: Wow, and this is the SCS with … core stimulation.

Tony: There’s wires, it come lay under my skin along my spinal cord and they go up and they lay across the peripheral nerves wherever your pain is and for me, it was L 1 and 2 and what it does is it sends an electrical impulse. And it basically just stops that nerve pain from reaching my brain and when they put that in, my right knee needed to be replaced back about five years ago. And so I asked the doctor, I said “Could you throw it on my right knee and see if it helps? He said “Well, it’s not really what it’s designed for. It’s more for nerve pain at this point. But sure we’ll give it a shot.” They threw it in there and I haven’t had knee pain for well, since they put it in so for four years now. Yeah, I mean, it just I figured “What the heck, let’s try” and he was game and so he tried it and it worked great and then so I went from skiing in a mono ski to back to stand up skiing again. The nerve pain, it’s a constant signal so the nerve pain went from an eight or a nine majority of the time to a 2 to 3 which my life, I live in a 2 to 3 Pain Scale anyway so perfectly fine, works great and then this winter, I ruptured my achilles skiing. We had a great winter here in Maine and ruptured my achilles on January 20th, and that I think just blew up my knee. So I’m going have my knee replaced in the 28th of May actually. Yeah, but the neurostimulator it completely changed my life. It allowed me to hike again and ski and without Abbott and that DRG, I think I would not be anywhere near I am today as far as my physical activity.

Neal: And you’ve had these accidents, these mishaps, but you were able to have that level of physical activity to have those mishaps which otherwise you wouldn’t have been on the slopes at all.

Tony: No, well, I would have been on in this mono ski just because I’m stubborn and don’t want to get off the hill. But no, I would not be I would not be stand up skiing, I would not be hiking, I ride a motorcycle, a boat. I hike, I’m very active. So I was actually able to I don’t know if you know what … is but it’s where you actually put skins on the bottom of your skis and you hike uphill on your on your skis and then you ski down and I was actually able last year to start doing that because of the DRG from Abbott. It gave me the ability to be able to do that kind of activity, which is it’s strenuous. It’s stressful, it’s tons of fun and yeah.

Neal: It’s what it’s all about.

Tony: By all means.

Neal: Where can our listeners go and get some more information about the DRG stimulator from Abbott?

Tony: You can go to abbott.com. Just go in right on that site and they’ve got everything you want to know about it.

Neal: Well Tony has been a pleasure speaking with you this morning. Thanks for taking the time to join us on Health Professional Radio.

Tony: Thanks. Thanks for having me on and I hope this helps people around the world to figure out how to get into whatever they want to get into.

Neal: Absolutely. I’m sure it will. I’m sure will. You’ve been listening to Health Professional Radio, I’m your host Neal Howard. Transcripts and audio of this program are available at hpr.fm and healthprofessionalradio.com.au. You can also subscribe to this podcast on iTunes, listen in and download at SoundCloud and be sure and visit our Affiliate Page at hpr.fm and healthprofessionalradio.com.au.