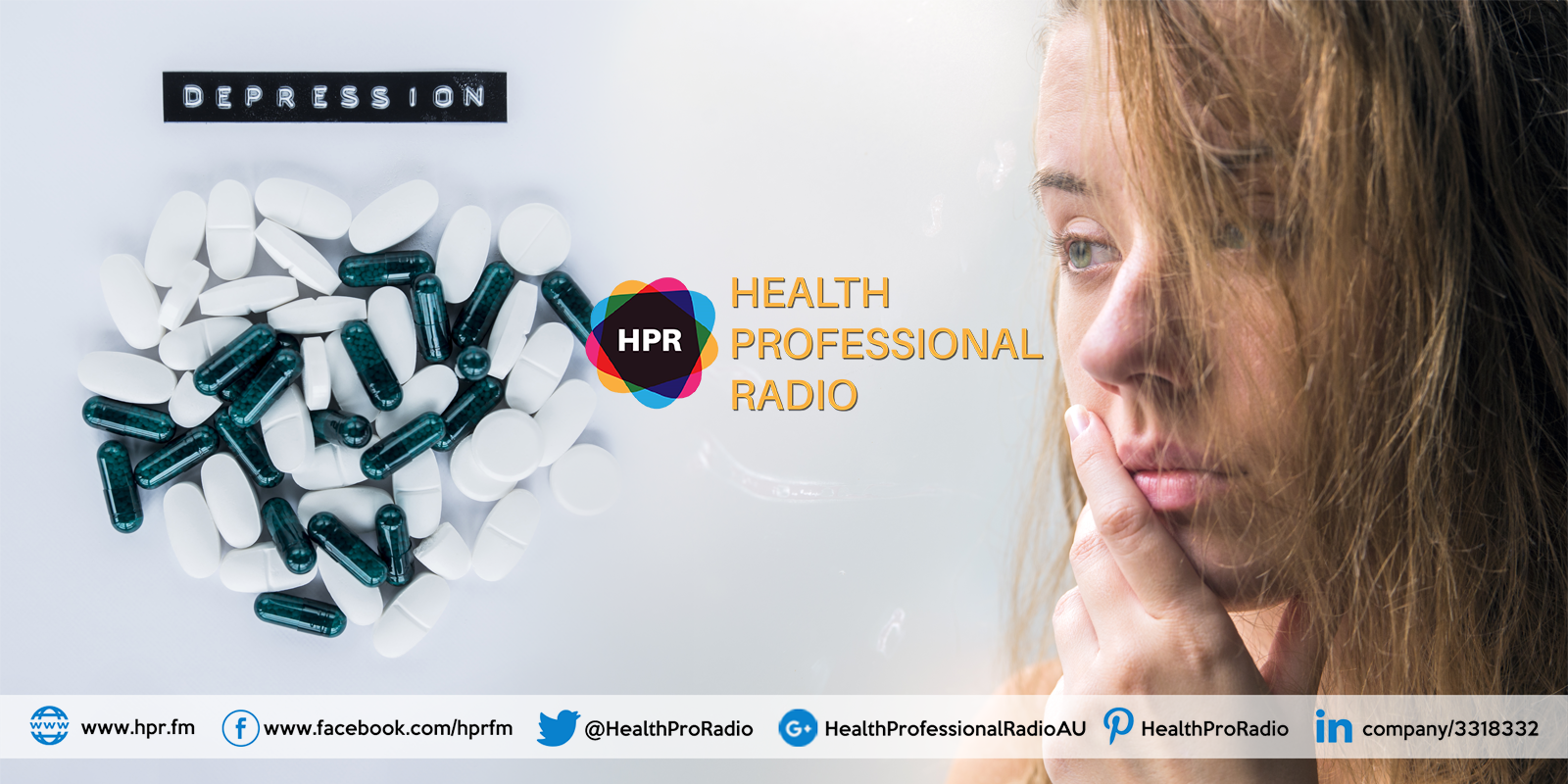 Major Depressive Disorder (MDD) affects 16.2 million American adults, twice as many women as men, and is the leading cause of disability worldwide. Despite the overwhelming prevalence and treatments that exist, unfortunately the majority of people with MDD don’t adequately respond to initial antidepressants. All people – importantly healthcare providers – need to understand the signs and impact of MDD, as well as related treatment options and research on the horizon.

Neal Howard: Hello and welcome to the program, I’m your host Neal Howard here on Health Professional Radio. Thank you so much for joining us. Our guest is Dr. Michael Edward Thase, Professor of Psychiatry at the University of Pennsylvania and I’ll let him briefly give us a little bit of background about himself and tell us about the patients that he normally sees. Welcome to the program Dr. Thase, how are you?

Dr. Michael Edward Thase: Thanks Neal, I’m fine. Thanks for inviting me to be here with you. Well in addition as a professor, I teach medical students and residents of the future psychiatrists and as well as take care of some patients and conduct a research. And so for patients that I see primarily are people with more difficult to treat depression and people with bipolar disorder who also often suffer from difficult to treat forms of depression.

N: Now today, we’re going to talk about a form of depression called “MDD or Major Depressive Disorder.” What is MDD?

N: So is this something that’s extremely prevalent or is this is a rare condition generally speaking when it comes to depression?

T: Well it’s gotten more common as the years have going on and so, it used to be about 3% of people were suffering from a depression at any given time but now it’s recognized to be a number of closer to 7%. And if you look across the lifetime, maybe 1 in 10 men and 1 in 6 women will have suffered at least one of these episodes of depression.

N: Is the method by which you determine whether a person is depressed or majorly depressed? Has that changed over the years along with technology and the things that are going on in the world?

T: The basic definition hasn’t changed much since 1980s. So we’re using for nearly 40 years now very similar definition about the number of symptoms and the duration of time. What has changed is the ability to recognize when a depression is happening which can be done online and there are varieties of kind of self-rating skills that can help a person have a pretty good idea whether their level of depression has had some major level or not. And likewise and primary care doctors offers a screening has now become a standard of care and you can screen simply with two questions with reasonable and accuracy and therefore if you answer positive on those two questions, it’s likely that you’re in an episode of depression and your doctor, or nurse practitioner or other care provider can then do a more detailed screening to see if this indeed is something that warrant this treatment.

N: Well it sounds relatively simple to self-diagnose and I know that that’s something that isn’t generally advised by healthcare professionals but if it’s something that can be diagnosed as simply as being online, what would you say are some of the biggest challenges that you face when it comes to some of these diagnostic tools?

T: So at any given time, only about half the people who have a depression are actually on treatment. And so the number one challenge would be to identify a treatment that sounds interesting or sounds consistent with your understanding of how you came to be depressed whether that’s medication, or whether it’s a focused therapy, or counseling, or some alternative approach and get going in that treatment with a qualified health professional coach and then keeping track of your progress and making finally changes in that treatment if the treatment is not working because depression is a state in which a more passive and not as an active in terms of initiating actions and taking charge of things, depression kind of saps you of some of your ability to do that. It’s much more common for people to think, “Well, I’m going to wait a while or not even try to think about at all.” And weeks can turn into months and sometimes, months can turn into years.

N: Being such a complicated disorder, do people normally respond initially when they’re first diagnosed or the first round of medications or is there a waiting period or hit and missed kind of wait and see thing to see what they actually going to respond to?

T: The antidepressant medicines have pretty much two kinds of ingredients of benefits and one is the so called “Placebo-Expectancy Effect” and that’s the non-specific part of treatment. That’s the probability of getting better simply from engaging in a helpful action and working with your healthcare provider to kind of get out of it. And this is the good thing, people sometimes think about placebo response as being like tricked or duped. But for some, it’s an ability to use the process of treatment and a vehicle to get better. Then there are the specific actions of the antidepressant through which the chemical, the medication works and there are several different chemicals that are targeted – Serotonin, Norepinephrine, occasionally Dopamine and these are involved in the brain’s stress response system. And the way that antidepressants work specifically requires some number of weeks. So typically, you need to be on the medicine 2, 3, 4 weeks until you can see a significant improvement and maybe even as many 8 weeks to see the full effect of whether that medicine is going work for you. Now if that medicine doesn’t work for you, and it doesn’t work 40% or 50% of the time, your healthcare provider can learn from that and pick a different kind of medicine. Now all along, people might pick counseling or psychotherapy as an alternative to medication and there’s good evidence for mild to moderate depression, the kind of depression that most people suffer. A well conducted focus form of counseling or therapy has about the same chance of working over 8 to 12 weeks than an antidepressant medication does over 6 to 8 weeks.

N: Would you say that you seen an increase in this type of diagnosis in the younger population in the past few years or is it something that mainly stays in the adult population?

T: Well no, we’ve had a couple of sweeping changes happened in our society over the past 30 or 40 years and those sweeping changes have led to an earlier age of onset of depression and so what used to be the first episode might happen around age 30. Now, the first episode often happens in teenage years. And the other thing that’s just happened in the last 15 or so years is the risk of suicide and the United States has gone up pretty dramatically where it’s have been stable for 30 years before that. And so not only our younger people are more likely to take there to develop a depression, they’re also now more likely to attempt or commit suicide and of course, we view suicide as a potentially preventable death because most episodes of depression are treatable.

N: Are you involved in any research right now for the research that looks into Major Depressive Disorder?

T: Oh sure, that’s part of my nice work. And so, we’re always looking at different kinds of research. One kind is to try, and facilitate and make better of the treatments that we have and then another kind of research is trying to develop and improve and test whether novel or new treatments might help improve the outcome of people who are not helped by the current treatments. And so these studies kind of go along in parallel tracks studies to refine the current treatments and studies to test the newer treatments and so you may have heard among the newer treatments that are being evaluated. There’s no growing evidence that other mechanisms of action not related directly to Norepinephrine or Serotonin may have different kinds of antidepressant effects and that maybe very relevant for people who are not helped by the current treatments. So for example, an anesthetic medicine, a medicine used as an anesthesia named “Ketamine” has been discovered in sub anesthetic doses, only about a quarter of the dose that’s used as an anesthesia can have a very rapid and powerful albeit short-lived antidepressant effect. And likewise, another approach that we’ve worked on is the combination of medications that modulate the internal or the endogenous opiate system. You probably know that human beings have used opium to modify their mood for centuries but of course, the addictive and habit forming qualities of the other part of the national epidemic right now with opiate medications. But this particular medication that we’re working with is actually a combination of agonist and antagonist medications that minimize the havoc forming or the addictive properties but still retained the some of the mood altering properties. And so there maybe people who are not helped by the conventional medicines who can have a fairly substantial response to these alternate treatments.

N: Where can our listeners go and learn some more about MDD?

T: I think there all sorts, if you just simply type, “Major Depressive Disorder” in Google and I would start with the websites that are affiliated with the National Institute of Mental Health and the National Network and Depression Center and the Depression Bipolar Support Alliance. Many of the pharmaceutical companies are also sponsor websites that if you don’t want to go in to the advertisements for their medication, you can still learn more about the disorder itself. I think the American Psychological Association and the Academy of Cardiotherapy also have some publicly accessible information on their website.

N: Well, I thank you for joining us today and sharing this information.

N: You’ve been listening to Health Professional Radio, I’m your host Neal Howard. Transcripts and audio of this show are available at hpr.fm and healthprofessionalradio.com.au