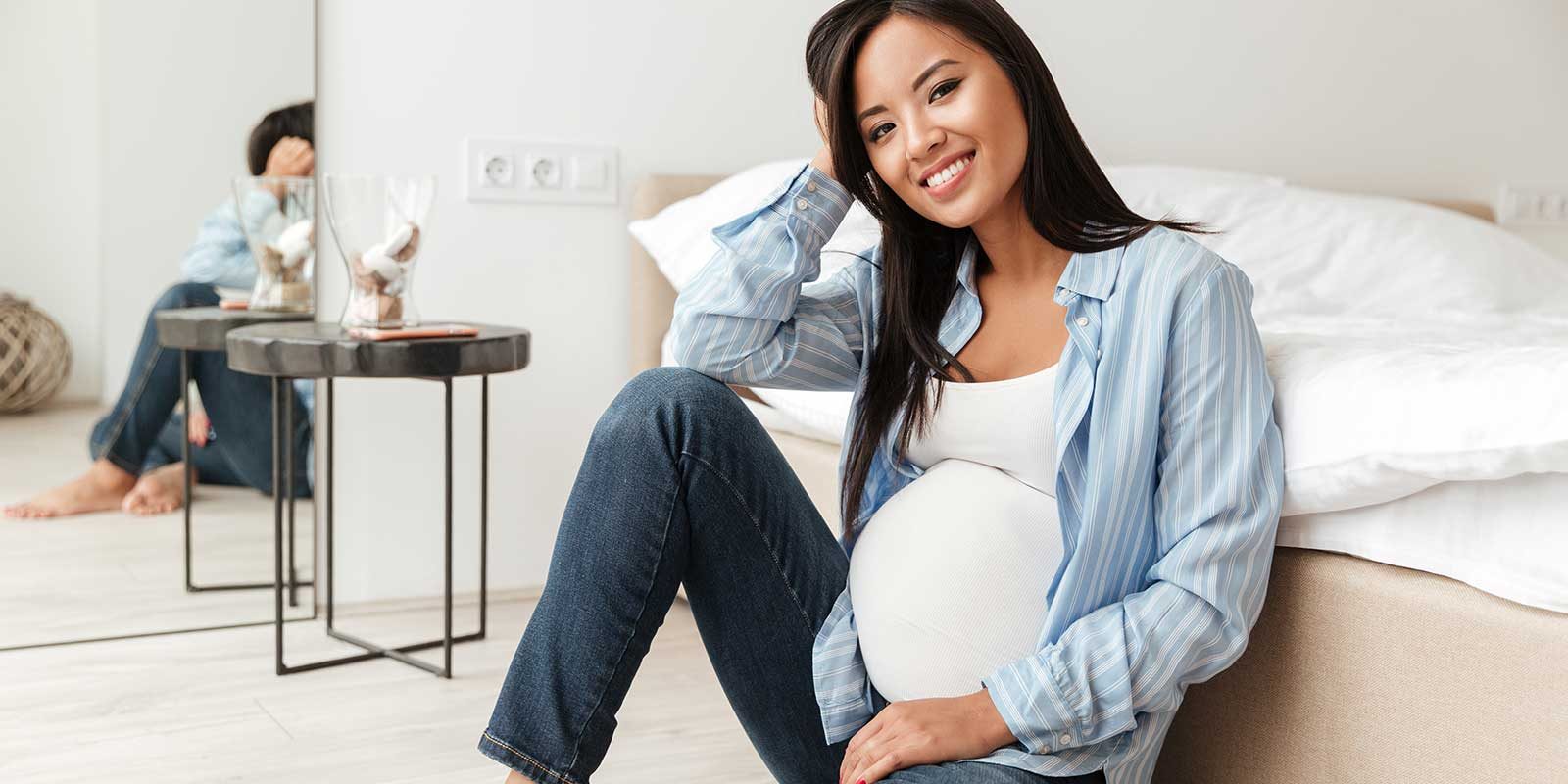 Manuel E. Fermin, Chief Executive Officer at the Healthy Start Coalition of Miami-Dade, discusses their involvement with Maternal Mental Health Movement in May. They have a program/outreach initiatives dedicated to moving beyond depression.

Manuel E. Fermin serves as the Chief Executive Officer for the Healthy Start Coalition of Miami-Dade, the community-based organization designated by the Florida Department of Health to serve as Miami-Dade County’s prenatal and infant care coalition.  Under Mr. Fermin’s leadership, the Coalition provides essential child and maternal health services to more than 700 mothers per week.

Mr. Fermin has led the Coalition since 2001 and brings more than two decades worth of experience in social services. He is responsible for the comprehensive direction of the Healthy Start system of care in Miami-Dade County and for representing the organization throughout the community, as well as overseeing the entire operations of the Coalition and providing crucial direction and support.

He has served on numerous panels, advisory committees and governing boards, and has been highly lauded as a presenter at many conferences in academic settings. Mr. Fermin has served as an officer on both the Executive Committee of the Florida Association of Healthy Start Coalitions (FAHSC) and the Healthy Start MomCare Network (HSMN).

Mr. Fermin earned a Bachelor of Arts degree in Liberal Arts & Sciences, majoring in Sociology from the University of Florida. He obtained a Masters in Public Administration from Florida International University. Mr. Fermin is married and the proud father of four children.

Neal Howard: I’m your host Neal Howard. Thank you for joining us here on Health Professional Radio, glad that you could. We’re going to have a conversation this morning with Mr. Manuel Fermin, he’s Chief Executive Officer at the Healthy Start Coalition of Miami-Dade and he’s joining us on the program to talk about in the organization’s involvement with the Maternal Mental Health movement. This month as a matter of fact, they have a program that’s dedicated to Moving Beyond Depression. Welcome to the program Manuel.

Neal: Well I did mention that you’re CEO at the Healthy Start Coalition. A bit of your background if you would?

Manuel: Thank you. Yes, I’ve been the Chief Executive Officer here now for 18 years since the corporation was incorporated 18 years ago. I have a bachelors in science Sociology and a masters in Public Administration.

Neal: Maternal Mental Health Month, have your organization always been involved with this movement?

Manuel: Our organization has been involved for 18 years with anything to do with maternal infant and child health. The reality is in the last several years in our society in general, there’s been a lot more attention on mental health issues and specifically now our maternal mental health in the past three or four years have gotten a lot more attention as some high-profile individuals have suffered through that and a lot more people are openly speaking about it.

Neal: Now are we talking depression in general or specifically postpartum depression?

Manuel: Good question well depression in general, everyone feels sad sometimes but these feelings usually pass within a few days. Depression interferes with daily life and may last for weeks or months at a time. Most of the time most people you know get over that but when it comes to women feeling depression, CDC studies shows that about one out of 10 women,  excuse me a CDC study shows about one out of ten women in the United States experience symptoms of depression. Research also shows nationally it could vary by state, race and ethnicity but normally one out of nine women experience symptoms of postpartum depression and in some places it could be as high as 1 in 5 women.

Neal: Depending on the area, the ethnicity and I guess other environmental factors as well?

Neal: What is it about giving birth that causes  this particular type of depression?

Manuel: Great question. Part of it you know, women’s body goes through a lot of different changes during that time period when they’re pregnant and afterwards on top of the additional incredible amount of stress that you know they’re putting up with be it a job, their family and other factors that make them more prone to suffer from this.

Manuel: Great question. So yes, well the broader term is perinatal depression which depression can also happen while the mother is pregnant. Postpartum is specifically after birth and it does not necessarily have a defined time period that you know it’s within a three, six or other months time period so it can manifest itself later on.

Manuel: Well some of the symptoms for the postpartum depression are similar systems of depression which may include crying more often than usual, feelings of anger, withdrawing from loved ones, feeling numb or disconnected from their baby, worrying that they will hurt their baby and feeling guilty about not being a good mom or doubting their ability to care for the baby. So there are means of measuring this, the most popular and nationally-recognized tool would be the Edinburgh screening. It’s a form of screen that a healthcare practitioner or case manager could you know administer to the mother to formally diagnose her and they have a scale to determine how bad her depression is.

Manuel: Yes, great question. Do the Healthy Start Coalition of Miami-Dade has been around for 18 years. The actual statutory designated coalitions in the state of Florida, there are 32 of us that they started approximately 27 years and we’re unique as a nonprofit because we’re in statute in Florida is the only state in the nation that has universal screening for all pregnant women and all infants born in the state of Florida to address broadly maternal infant and child health issues that would impact while the mom is pregnant, preterm birth when the baby is born too early, low birth weight when the baby is born too small and then once the infant is born to address infant mortality, the increased risk of death of that baby, that instant dying in that first year of life. Within the vague broad umbrella of maternal and child health issues, you know one of the main focus is maternal mental health. As to your question about infant mental health, you know the case managers or social workers, etc. and nurses that we interact with, part of our directive is to give them training to the general community so also the parents are aware of these issues but all the clinicians, case managers and anyone that assists the families that we’re trying to impact.

Neal: Now where are the resources that are available for women that need help?

Manuel: The great thing now with communication and the readily available amount of information on the internet, you know you could just google it now and get a lot of resources but there are some national organizations that obviously are doing research – the CDC, all the ACOG, American Association of Pediatricians  – they’ve been highlighting Maternal Mental Health in the past couple years more than ever before. There are also a lot of state resources. In the state of Florida the Department of Health and other statewide agencies, you know our focus and we are always disseminating information going back to the Healthy Start Coalition of Miami-Dade and other nonprofits and advocates try to disseminate that information where we know where the pregnant moms are so you know OBGYN offices. There’s a lot more advocacy  work going on at the national level actually as we speak today this week it’s maternal mental health awareness week so there are a lot of national organizations up in Washington DC this week, you know speaking with federal senators and represents trying to bring more attention and financial resources for programs to be able to assist these families.

Neal: And also sure that though if we check out Google, we could get some information on the Moving Beyond Depression program, that’s an award-winning model that the HSC MD has put into motion.

Neal: Yes. We’re very pleased. We’re one of two designated trainers in the state of Florida that can train other licensed therapists to implement this program. And what’s unique about it, it has been proven effective that after up to 15 to 16 sessions in their home, you know licensed therapist going to the moms’ homes have been diagnosed formally with postpartum depression or perinatal depression and it’s been proven to be effective. They work in conjunction with a case manager or social worker and what’s unique about this model so the therapist is exclusively focusing on counseling whereas the case manager or a home visitor is addressing other issues that may be impacting that mother. Example: transportation, financial issues, employment, you know stressors in their environment. So that enables the counselor to focus exclusively on counseling and the case manager or home visitor to address the other issues that may be impacting that family.

Neal: Give us a phone number where our listeners can call and maybe get some more information from the about the Healthy Start Coalition of Miami-Dade.

Neal: Manuel thank you so much for joining us on Health Professional radio man, it’s been a pleasure.

Manuel: Thank you very much Neal.