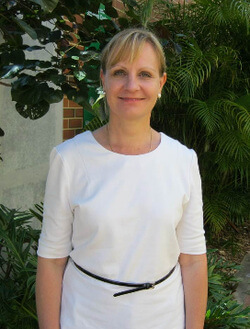 Segment Overview: Dr Laetitia is here to talk about a pharmacy mental health project she has been involved with since 2011.

Katherine Lodge: Thank you for listening to Health Professional Radio. I’m Katherine and today our guest is Dr. Laetitia Hattingh, a pharmacist with experience in community and hospital pharmacy. Dr. Hattingh is currently based at Curtin University as a senior lecturer. Laetitia has also worked in medication policy and regulation roles and is here to talk to us about Pharmacy Mental Health Projec that she’s been involved with since 2011. Thank you for joining us today Laetitia.

K: Now Laetitia, can you tell us an overview of the project?

H: Well the title of the project is “Exploring the role of community pharmacy to support mental health consumers and carers.”

H: That is running under the fifth community pharmacy agreement. It’s a Department of Health and Aging project based acting in behalf of the Pharmacy Guild. And this project is being offered in Western Australia, Queensland and Northern New South Wales.

K: Okay and can you explain to me and maybe our listeners, I’m not too sure community pharmacy is?

H: Sure. Okay Community Pharmacy is really the retail side of pharmacy. So that’s the pharmacy that you see, you know that’s often in a shopping center or maybe at a street front, or next to medical centers, that’s what a sort of collectively called “community pharmacy” and that’s the pharmacy that most people will use to go to when they want to get their prescriptions.

K: Yes. It’s probably the most familiar to most of our listeners. And I guess the other one is just the “in-house hospital pharmacy” as well.

K: But I just want to clarify that so thanks for that and since 2011 you’ve been working on this project. Can you tell us how it started and what happened inside the first stage?

H: Sure. Well I suppose the project really started because there was a need. There was a need to identify for community pharmacies to get more involved in the care of mental health patients and also to work with their carers. And this project has been divided to sort of like into 3 stages that I suppose easiest to explain it. And stage one, was the stage for us to really go out there and it was sort of like a need to assess them, talking to stake holders, mental healthcare patients and their carers, as well as health professionals. For us to get an idea of their perception and expectations of community pharmacy and then specifically with the consumers and carers and talk to them about their previous experiences as for the community pharmacy and what they’re expectation of community pharmacy.

K: I see. And how about once you gather this data, what happened in stage two?

H: Stage two then involved the development of a training program because what we learned from the first stage was that community pharmacy staff were doing okay with the mental health care patients and their carers that they could do a lot better and so we then develop a training program to specifically address some of those gaps and around, not only their knowledge of mental illness but also perceptions around hospitalization, communication aspect that our training modules went into a lot of depth in terms of up-training, up-skilling pharmacy staff.

K: Right. I’m glad you mentioned this because I think a lot of people’s perception, sorry maybe just my perception, is a lot of people go to the pharmacy, they drop of the script and they don’t actually have a lot to do with the pharmacist, you know it’s like you said like a retail environment. But the thing is, the pharmacist has a wealth of knowledge and knows all these medications really well. So in certain cases like say mental health, that’s when the drug dose, things like that do come into play you know in a great way.

H: Yes, absolutely. Community pharmacy has changed over the last few years and to the taking the focus a little bit away from the product towards patient care. And so the focus is really a lot more nowadays on working with other health professionals. So working specifically with this mental healthcare project to work with other mental healthcare professionals to improve the medication management of the patients and I think a lot of people don’t realize is that pharmacists often have a lot more contact with patients specifically patients who are on chronic medications and need to get their medications on a monthly basis and that means they would have contact with a pharmacist at least monthly, which is often a lot more than what they might have contact with other health professionals.

H: And so a pharmacist is really there to facilitate you know specifically their medication management that then work with the rest of the healthcare team on this aspect.

K: Okay. So as you mentioned, it’s being rolled out in a few states in Australia. And part of the pharmacy staff has already completed the training up to probably the stage 3 of this project. Can you tell us what happens now?

H: Yes. Basically the project started last year October and that’s gonna continue to … And actually is the develop intervention stage, where we’ve now learned a lot from stages 1 and 2 we’ve up-skilled staff. And we ask those pharmacists and who we’re particularly interested to join into the intervention which is working closely with mental health consumers and their carers and with other health professionals specifically general practitioners to improve medication management. So this stage involve pharmacists, inviting consumers to take part in this stage to gain their consent.

H: And then over a period of 2 to 4 months, work with them to sort of again to find their goal, how specifically goals around to mental health and their medication and working with them to reach those goals.

H: It’s quite flexible. Pharmacist need to sort of used their judgment to decide how they’re gonna work with each individual consumer.

K: Right. And what you say in a situation where someone does have a carer and like you said their medication is constantly being adjusted or you know it’s an ongoing thing, a chronic situation where they do need medication month to month. And I guess when they do see things like that get change, the person that really sees the difference from the outside is the carer. So if you’re a carer is some of these areas that you’ve rolled out this program and you don’t know whether you’d like to participate but don’t know how to get involved. What are some steps that carers can take if they want to be involved in this?

H: Well I would recommend that they can contact me in the first instance.

H: My email is L.Hattingh@curtin.edu.au

H: Sorry. And I’ll present them sort of a list of pharmacies which are participating in the project.

K: Oh okay, great. Alright, well I was just gonna say that I put your detail on our website so people can contact you that way. And well thank you so much for your time today and I’m glad there is something like this in the community, supporting carers and also people with mental health needs Thanks for your time.

H: It’s such a pleasure. Thank you Katherine. Bye-bye.