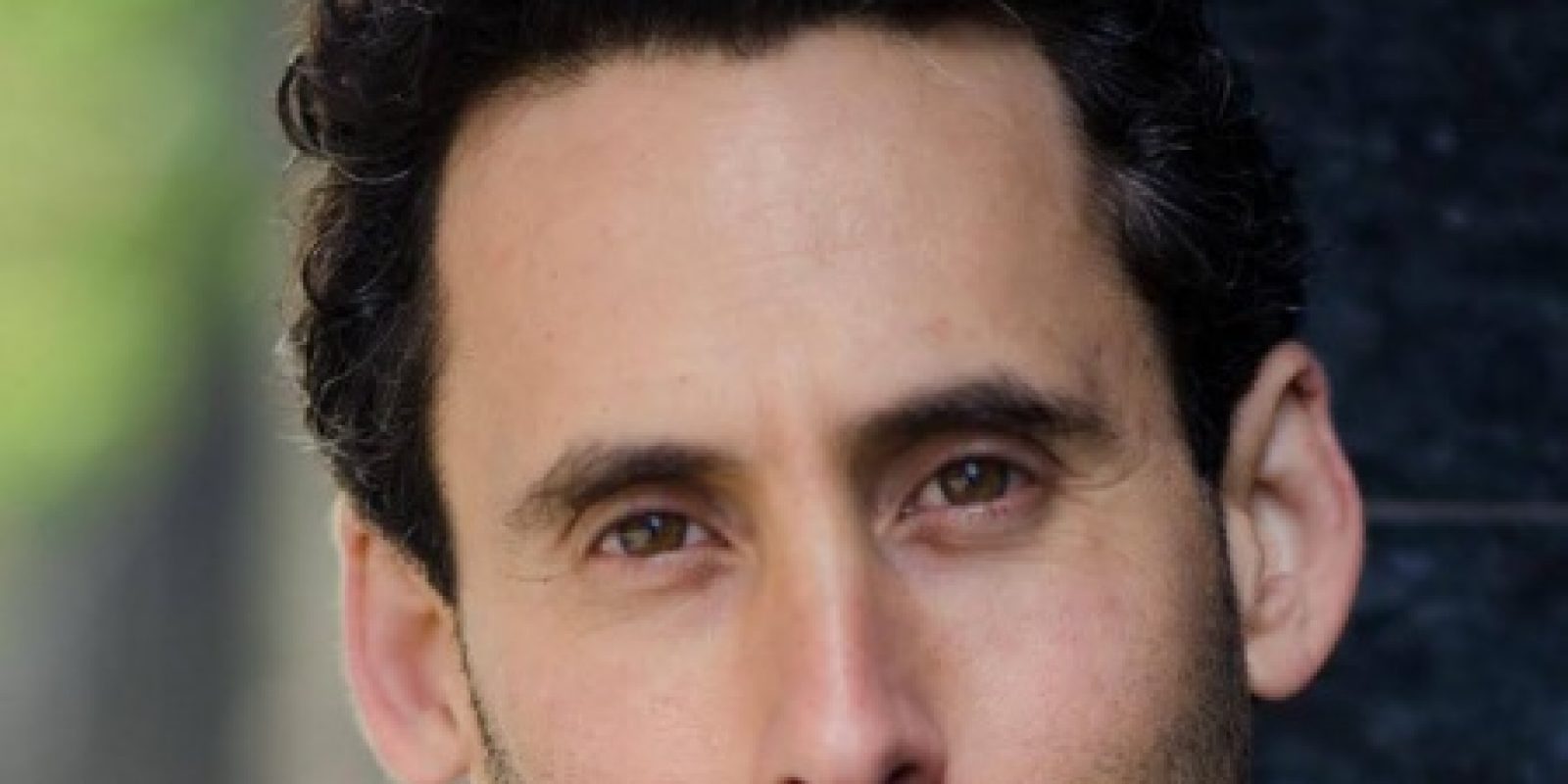 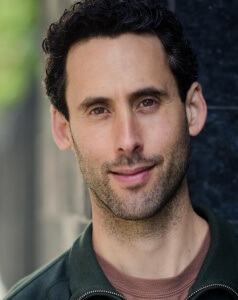 Guest: Michael Bedar
Presenter: Neal Howard
Guest Bio: Michael Bedar is the Co-Director of the East Bay Healing Collective, and a researcher-writer-coach on diet-related solutions to prevention and recovery from chronic poor health conditions. He is specifically interested in emotional and attitude factors in the development of healthy habits. This particular subject has been his interest since before, during, and after conducting his master’s thesis via a survey of 200 people who have been diagnosed with diabetes. Bedar’s entertaining page-turner, Sweet Healing: A Whole Health Journey, informs and inspires you to find, choose, and incorporate a healthy diet that works for you physically, mentally, and socially. Connect more with Michael Bedar at www.healingnovel.com

Neal Howard: Hello and welcome to Health Professional Radio. Thank you so much for joining us today. I’m your host Neal Howard and in studio today with us is a returning guest, Mr. Michael Bedar. He’s an Author, Coach, Spiritual Nutritionist, Counselor as well the Author of Sweet Healing: A Whole Health Journey, a book in which he discusses the connection between healthy living and the mind and he’s here with us today to talk about his research, some of the effect that his research has had, his book and some of his speaking engagements as well. Good afternoon Michael.

Michael Bedar: Good to be here.

M: Well to get people an empowering story, I mean page turner’s actually draw a lot of interest from people who might not have otherwise delved into their potential to use natural modalities for their health so it’s research based and provides a lot of useful information. The main grip and hook in that it’s adventurous, suspenseful and engaging as fiction.

N: Great. So it’s not one of those books telling you how to do this, how to do that, not tips and tricks but an actual story with characters that are relatable to the reader and hopefully these readers can relate to those characters and do the same things, follow the same healthy habits that the characters do even though they’re going through adventures and basically life’s problem?

M: You said it pretty well. Yeah, they get through the characters, they get what is possible for them and because they have strong dialogues and sort of important life changing events, they come across how to do certain things but it’s very much in the adventures in their everyday lives that become extraordinary.

N: Now you’re not only an Author, you’re also a speaker, you do public speaking on tours on this very subject. Talk about some of your speaking engagements and how you’ve seen maybe the light go on in some of the people that listen to you.

M: Well that’s a great question. When I see a light go on I wouldn’t be anywhere else in the world and I know a lot of people listening can relate to that. That’s why we do what we do in different professions. So I’ve been speaking, I’ve gone from New York and Boston…New Jersey and Connecticut on one tour to California and I have different states coming out this spring and summer and with the different locations have in common, quite a diverse community I speak to but they often can recognize that there is a, I think maybe this era, this moment in history and bring together the body, mind and sense of awareness in a way that the era may be has had, fortunately give an opportunity and so the media gets around the world quite quickly now and even the documentary film that I made and came out in 2009, it’s been 8 years now really almost and the message has started to perforate around and people realize “There is a lifelong health pursuit that I can do in my own kitchen and in my own habit that can make a huge difference in life.” I mean the average difference between someone with and without diabetes in their lifespan is 11 years and that’s 11 years not only of life but of quality of life.

M: And the light going on it’s just a reflection of people realizing, “That’s a huge percentage of life in both time and quality” and it’s beyond themselves as individuals because that’s 11 years when you get up to that age of being with your kids and being with your grandkids. That’s why the impact and consequence is tremendous and people realize that they want to give the best and healthiest example at that age for their kids and grandkids and they can start now. It’s a very big light that comes on.

N: Now I understand that diabetes is the primary health challenge in Sweet Healing. What was the challenge for you to ensure that this wasn’t a book just for diabetics but for anyone looking to improve their health or maybe even snap back from sickness?

M: That’s a very good question. As I mentioned in an earlier segment what’s interesting is that diabetes is very measurable but the result, in a lot of cases and not for everybody. There’s very much genetic element as well, in fact that’s why I made… a little aside. I named the characters in the book Gene and Hope for a reason to describe that the Author is very aware that there is a genetic component but as my mentor Dr. Cousens have said that the genetics might be a loaded gun but it’s really lifestyle, eating and habits that pull the trigger. When I talk about prevention and then rolling back the symptom, I’m describing that, I realized there’s a genetic factor that we have more power than we know and that message resonate universally. It’s far a greater message just people who are at risk of diabetes, it is a message that can often be preventive for Dementia which is actually described by the New York Times and others through interviews for that New York Times article and sometimes know the type 3 diabetes because as academic as diabetes is so is the dementia issue and so the depression issue at a younger and younger age and the message of prevention and lifestyle attention at an age which starts now resonates much more universally.

N: Was it your intent in writing this fictional portrayal of someone adapting a healthy lifestyle and actually benefiting from it, I guess dispel some myths about change. Some people as they get up in years maybe been living with diabetes for 30 years, they’re set there ways, they’ve got a certain mindset. What about those of us that resist change, changes that we need to make in order to reverse some of these symptoms as you say?

M: That’s great Neal, it’s almost as if you’ve read Sweet Healing because the character Gene and others are written in a way to make the resistance to change obvious. They actually speak in a way that the reader can find and probably relate to be a resistant of change, being a little bit grumpy about change and dragging their feet, actually literally as well as metaphorically. I do a lot of things literally in the book where the foot dragging that people do actually becomes a physical thing that Gene has seen to be doing. I knew a lot of metaphor in the subjects that people already love like in Gene’s case, cars and baseball because he already likes those things but when you found metaphors in the way cars, electrical systems and baseball work that was more impactful to his mind set and having just attack his health straight on. So he was able to get around the resistance by learning the metaphors about things he already liked and how change occurs is that has, a lot of people have more dynamism in something that’s less personal than their heath. So when you relate to their sense of the changing system or something they already know then they can apply that “Oh, I can change myself”.

N: Have you been able to dispel any other myths that are sometimes associated with good health? Why stop drinking and get hit by Budweiser truck, why stop smoking and get run over by somebody smoking a cigarette. What about those types of mindset when it comes to people that just don’t want to change?

M: What’s interesting about that, I sort of come out there from a 180 degrees opposite because I have a death scene in Sweet Healing, I want to mention that it’s kind of important to mention that I’m really know more and more the death scene in the book hold a certain capacity because I’m never saying that you’re not goanna die, I mean we’re all gonna die and none of these is to be construed as saying “Do this and you’ll be immortal” even be thinking in those terms. So I actually make it important that as I… said earlier that the 11 years difference and the quality of those years that could then your life includes a good death and it’s the quality of the experience as much as the longevity. I really included that and I think that helps to get to your question point…

N: The inevitable does not have to be an absolutely horrible experience for either you or your loved ones if you’ve got the right type of mindset about it and have been fostering that mindset for quite a while.

N: Where can we go online to get more information about you, your book and your research?

M: Yeah, I mean if you like the way the research has been separated and adapted into a novel that can be inspiring for your patients and those that you know you can go to www.readsweethealing.com to find information to contact me there as well.

N: Great, thank you so much. You’ve been listening to Health Professional Radio, I’m your host Neal Howard. And we’ve been in studio today talking with Mr. Michael Bedar, he’s the Co-Director of the East Bay Healing Collective, he’s got a Masters in Holistic Wellness and Nutrition and he’s also the Author of a brand new parable called Sweet Healing: A Whole Health Journey and he’s been here talking about his book and about some of the impact that his research speaking towards and of course the book have had on those that have been exposed. It’s been great having you here with us today Michael.

M: It’s been a pleasure.