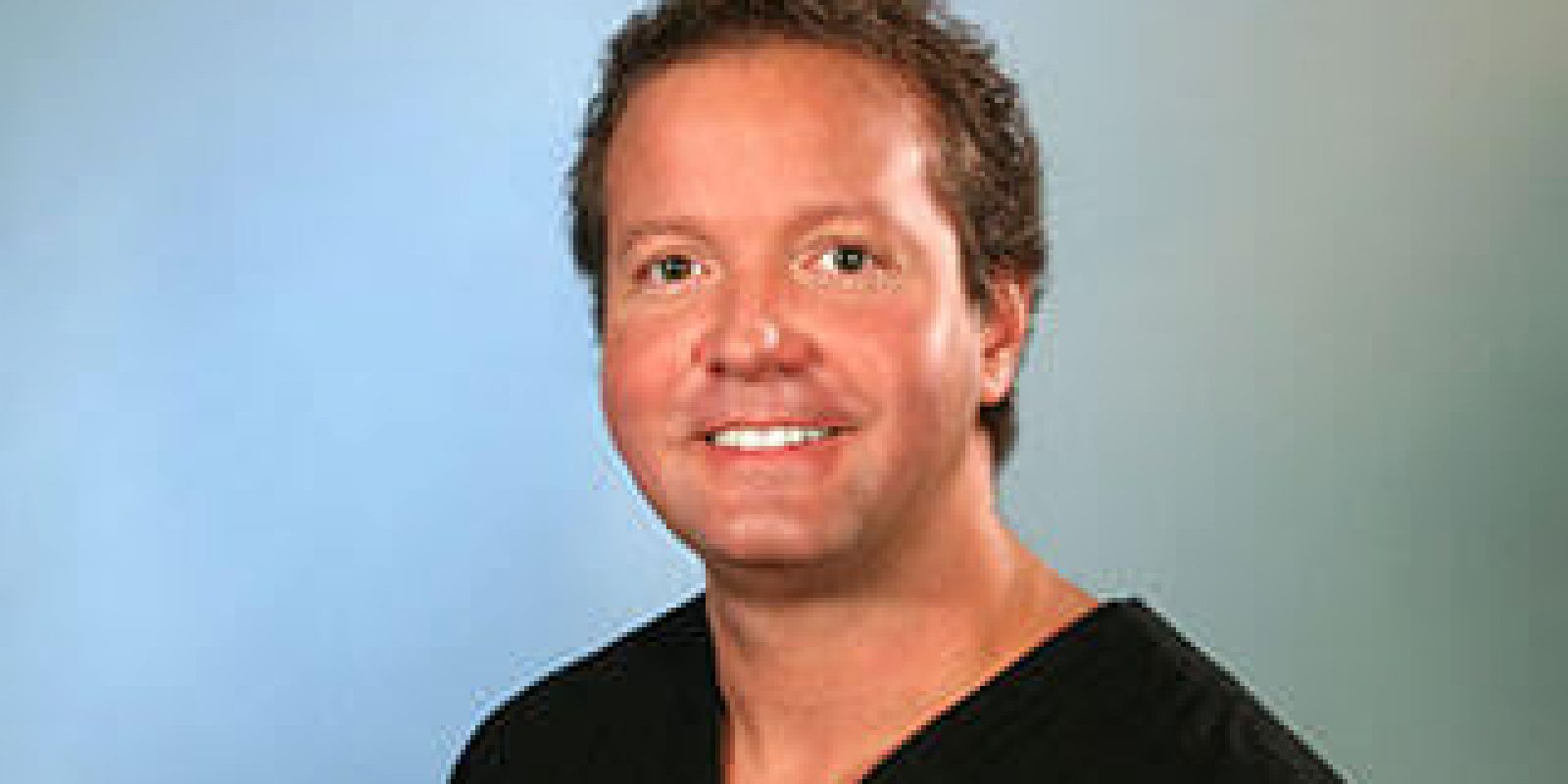 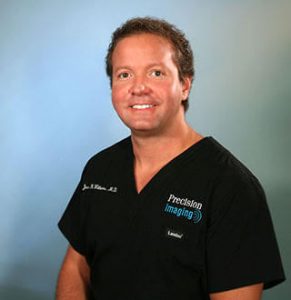 Neal Howard: Hello and welcome to Health professional Radio. I’m your host Neal Howard, thank you so much for joining us again. Our guest in studio today is Dr. Jason Williams, he is a Medical Doctor and Board Certified Radiologist and actually pioneer in minimally-invasive, image guided cancer therapy especially “cryoablation” combined with injection immunotherapy into the cancer. Now he obtained his medical doctorate from Louisiana State University and he is here with us today to discuss this new minimally invasive breast cancer treatment that’s essentially scar-free as we windup Breast Cancer Awareness Month. How are you doing today Dr. Williams?

Dr. Jason Williams: I’m doing good Neal, thank you. Thank you for having me.

N: Thank you so much for joining us today. You’re a pioneer in this minimally-invasive image guided cancer therapy. This is a new therapy, how new is it?

W It’s actually now it’s relatively new in the fact that it’s currently been used more and more to treat early stage breast cancer. We first started getting into it about 13 years ago with patients who had breast cancer but maybe also had lung and liver lesions as well. And more candidates for their actually breast cancer itself and we would go and we would treat the cancer of the breast by freezing it and then we would also target lesions in the lung and the liver as well. And so that gave us a good idea of how successful this treatment could be just for patients with breast cancer without evidence of cancer anywhere else in their body. So we’ve been doing that procedure for 13 years but now we’re actually at the point where we feel much more comfortable of treating the patients who are stage I, stage II disease and nothing else, either patients that normally would go to lumpectomy or some patient would have mastectomy. And after all the years of treating these patients and we’re seeing very good results. And there’s also from other centers that are doing some trials on this as well. In their case is they do cryoablation and a month later they’ll do a surgical resection and see how the results were, and the result we’re very good. I mean several the nurse will do 35 patients they would get all the cancer in 34 out of 35 which was, which was very good result. And for now the procedure is something that is moving the work that’s been used in patient more often and I think should take the place of standard breast cancer treatment.

N: Now how much is freezing of the tissue? How much is removing of the lesion? And how much is immunotherapy drugs? Is it a combination of them all at the same time or is it each case is different?

W: Sure. So in patients with relativity limited disease, the smaller tumors they have less than 2 centimeters in size, you can do just the freezing of that tumor and you can eradicate it completely. Of course the big question is with a lot of patients, their problem with developing cancer elsewhere in their body later. And so there’s been things more work now, this new immunotherapy drug that are approved, that help stimulate the immune system to attack the tumor. And one of the thing was showing with great synergy between freezing tumor and using immunotherapy because the immunotherapy helps the immune system recognize to attack the cancer but freezing the tumor actually generates the pieces of tumor that the immune system recognize that also generates inflammatory response which stimulate the immune system. So essentially you’re creating a tumor … so that will be kind of even the next step and certainly great for patients who have more advanced disease than for the patient that are worried that they’re at higher risk of developing cancer elsewhere in the body, then combining the cryoablation with the immunotherapy is gonna be more appropriate for the patient.

N: What are the percentages of patients that actually come through this without scarring?

W: Well actually, obviously almost all of them have essentially new scar because injured done through the needle and it might just a tiny scar that just a little nick in the skin but basically may different in one patient where getting… and cosmetically it’s far superior to the other options.

N: Now you mentioned that there are other clinics that are engaged in the same type of procedures. Where is your clinic located?

W: So we have a clinic … basically I was working in State of Alabama but now I actually I have a clinic in Brighton Florida and we also we do work in hospitals in Mexico to the Mexicans.

N: Do you have any major universities involved or even any of the lesser teaching schools, medical schools involved with you in this research?

W: Well we are doing some research right now, officiating with Case Western Reserve University Cleveland Ohio, and we’re doing more work combining ablation with the immunotherapy drug and we’ve just got funding for some of that work and we want to be able to approve the enhanced success of doing ablation with immunotherapy. And of course … some of the hospitals that we work with in Mexico City, some of these are associated with the universities that in the United States it’s the more of a basic research of the associating of case with reserve.

N: Now what do you foresee for this this new minimally invasive procedure in the future? I mean is this quickly going to become the standard or do we still have another 13 years of trials to wait?

W: That’s a good question, because a few years back I would have said that if you’re asking me today, it would already be the standard. But there’s a little slow that come along because breast surgery has such a long history so you really gonna overcome that and it has fair success rate. But you know there’s continued progression that become less and less invasive and obviously for nearly a 100 years mastectomy was the standard. And then from the 70’s lumpectomy came along and that’s really become the standard for most patients. But now this is the next progression, cryoablation, and not only will it be the fact that you’ve got the enhanced cosmetic results. We can also because we enhanced immune response, that when the numbers are there and we have enough patients to really compare head to head with surgery, that we can get so sure to be superior because of that immune response.

N: Now as we wrap up this segment, I’d like to ask what stage I guess early detection is a key is a major, major factor. So how early must that detection take place before this is a good option?

W: Well. I think you have kind of different degrees so you have patients with the early stage with small tumors, without evidence of spread outside of the breast. And there’s patients I think they are great candidate to have a cure with cryoablation alone. But when you have patients who have more advanced disease then that’s where the immunotherapy will really gonna come into play and obviously there is a cost factor for that. So you can do cryoablation alone at a very reasonable cost … compared to surgery in lumpectomy, and will also be a less expensive. The immunotherapy drug there very successful, but they have the devious distinction of being some of the most expensive drugs that we have. And what we’ve done now is we take the smaller amount of the drug and we inject them into that ablation site so that the action is happening right where you want it. Right in the tumor micro environment because you really want to stimulate that immune response where the tumor is. You don’t have to flood the whole body with the drug systemically to get a great response. And this ablation they have more advances disease that’s goanna really be in toward that you can generate that anti-cancer vaccine by combining immunotherapy. Now obviously I think in the future as the drugs become more available and more cost effective then I could see where every patient, no matter they have, to have more evidence of advanced disease or now, they will get ablation. They will get immunotherapy to significantly reduce the chances of them getting cancer again even locally or spread throughout the body in the future.

N: You’ve been listening to Health Professional Radio, I’m your host Neal Howard. We’ve been in studio today talking with Dr. Jason Williams, he’s a Board Certified Radiologist and we’ve been here talking about this new minimally invasive cancer therapy known as cryoablation. And we’ve also been talking about cryoablation and some of the other less invasive options that are available now after years and years of trials, and still in trials today. It’s been great talking with you today Dr. Williams.

W: I appreciate it Neal, thank you. Good talking to you as well.

N: Thank you. Transcript and audio of this program are available at healthprofessionalradio.com.au and also at hpr.fm and don’t forget to subscribe to our podcast on iTunes.