Multiple Sclerosis Patient and His Doctor 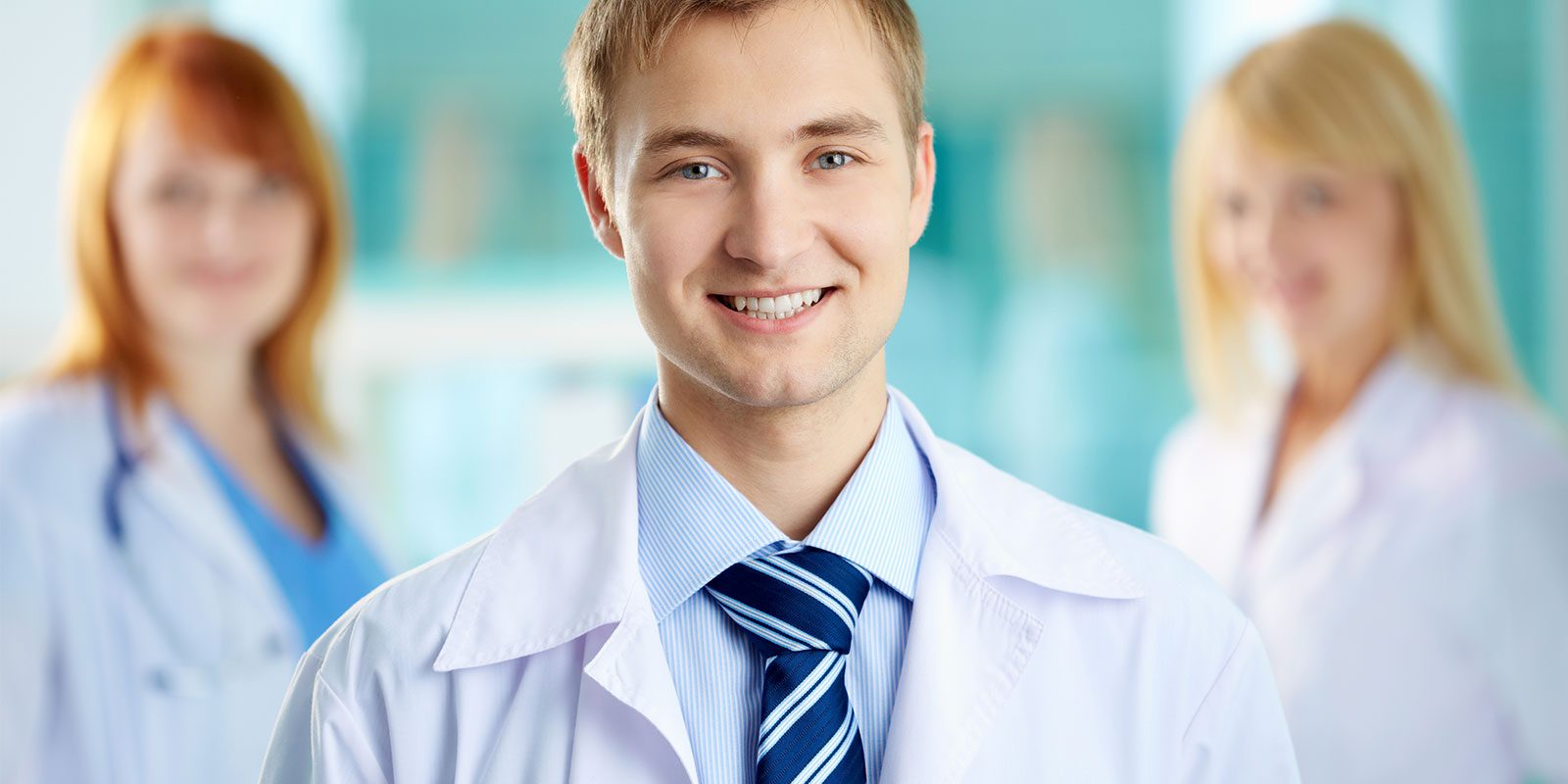 Retired pro ice hockey player Bryan Bickell talks about being diagnosed with relapsing multiple sclerosis. He is joined by his doctor, Timothy Vartanian, M.D., Ph.D., and MS expert, who talks more about relapsing MS, causes and symptoms, and the importance of early treatment. Both Bryan and Dr. Vartanian hope to encourage others impacted by MS to stay positive and keep fighting for their own goals. Bryan Bickell is a patient spokesperson for Biogen. Timothy Vartanian, M.D., Ph.D., is a paid spokesperson for Biogen.

Retired pro ice hockey player Bryan Bickell talks about being diagnosed with relapsing multiple sclerosis. He is joined by his doctor, Timothy Vartanian, M.D., Ph.D., and MS expert, who talks more about relapsing MS, causes and symptoms, and the importance of early treatment. Both Bryan and Dr. Vartanian hope to encourage others impacted by MS to stay positive and keep fighting for their own goals. Bryan Bickell is a patient spokesperson for Biogen. Timothy Vartanian, M.D., Ph.D., is a paid spokesperson for Biogen.

Bryan is a retired professional ice hockey player for the Chicago Blackhawks and Carolina Hurricanes, as well as a three-time Stanley Cup winner.  He was diagnosed with relapsing multiple sclerosis (MS) in November 2016 and chose to retire that season so he could focus on his health and spend more time with his family. Bryan played his final game with the Blackhawks in April 2017. When first diagnosed, Bryan didn’t know much about MS, but he chose to stay positive while raising awareness of the disease, and since May 2017, he’s been working with Biogen to share his story with the larger MS community and beyond. Bryan and Amanda also started the Bryan & Amanda Bickell Foundation several years ago and have since launched an MS service dog program through the organization. The program trains pit bulls to help people living with MS. Bryan currently lives in Canada with his wife Amanda and their two daughters. More information about Bryan’s story is available at TeamBickell.com.

Neal Howard: Hello and welcome to Health Professional Radio. I’m your host Neal Howard, thank you so much for joining us. Now since he was diagnosed with relapsing Multiple Sclerosis back in 2016, retired pro ice hockey player Bryan Bickell has taken on kind of a new role to face this challenge with the same fighting mentality that got him through his very successful years in hockey while inspiring others in the MS community to do the same. He’s joined today by his doctor, Dr. Timothy Vartanian. Welcome to the program both Bryan and Dr. Vartanian, how are you both?

Dr. Timothy Vartanian: So the vast majority of people with Multiple Sclerosis have a relapsing form of the illness and what that means is that symptoms will come on over a period of one or two days, last maybe a week or several weeks and then resolve. About 85% of the people with MS have this form of MS.

Neal: So who does a miss normally impact? Is it random, is there some type of criteria that makes a person to find candidate for it?

Dr Vartanian: So MS typically affects young adults which is I think particularly tragic and so people are in their 20s, 30s, 40s when they are diagnosed. It’s more common in women than men and there is a genetic component but there is this very very strong environmental component that’s not understood.

Neal: Bryan, you’re a pro hockey player. When talking about some environmental factors, is there anything that sticks out in your mind that could have been a contributing factor to your MS?

Neal: So how has MS affected your daily life?

Bryan: It obviously affected my career, my hockey career,  it put a huge speed bump in that and then getting back on the ice and then finishing off where I wanted to finish off and I’m worried about my health and being around my family. My career, it was a big hiccup but for right now Neal I’m feeling good. There’s good days and bad days and me and Tim, we keep everything in check and keeping everything monitored to see where the progress is going. Overall, it’s been pretty good and I’ve been enjoying the time with my kids, they are two and four. We’re usually We’ll be going on the road now half the time so it has been life changing and I’m just going with it right now.

Bryan: Yeah. The side effects and symptoms are here and there but overall, it’s going good. I can do every everything that I used to do and so on.

Neal: Dr, Vartanian, when Bryan is talking about some of the side effects, the ups and downs, as his doctor how are you managing his condition? And are there any other risks that go along with his current treatment?

Dr Vartanian: Yeah, so like Bryan said, we’re in close contact. He calls me any time if he has any concerns or symptoms. He’s on a highly effective treatment, he is very actively involved in optimizing his health so as an elite athlete, he understands exercises probably better than anyone so he has really embraced exercise, nutrition, a healthy lifestyle which I think all taken together and combined has been the biggest impact on the likelihood of the best outcome for people with MS.

Neal: So some of the side effects, are they across the board? Does it matter who’s receiving the treatment as to how these side effects are going to manifest?

Dr Vartanian: Yeah, so all medications obviously have start effects. They’re different for each medication and absolutely, everyone’s an individual. They respond differently to treatment, including the side effects that they have from those treatments. I think the key is being aware,  being able to have a very open and easy communication with your healthcare provider and not being afraid to just call them if there’s any questions or concerns.

Neal: Bryan, you mentioned the time that you’re spending with your kids with your family and how your life has been affected. Why is it important for you to talk about your MS especially through the media and your speaking engagements?

Bryan:  I think it’s really important. I know there’s a lot of people that get diagnosed and they always say ‘Why me?’ and things like that I know me and my wife when we got diagnosed is  turn a negative into a positive and the positive is trying to help out others. I have a spotlight on me with my career and a lot of people can open their ears and listen. And it’s not just MS, I help out a lot of other people with my story about what I went through as my career and obviously with the MS to overcome different facts in their lives and hopefully help them in any way.

Neal: Doctor is there anything, any tests that a person can get to determine whether or not they’re genetically predisposed for MS?

Dr Vartanian: That’s a very good question. Currently, there really isn’t other than an MRI which would probably be specific and sensitive currently. There’s no blood test that would say you are necessarily at risk. There is a genetic predisposition and there are certain genes that are more common in people with MS, but those genes are present in people who don’t have MS at all so we don’t any testing like that currently.

Neal: And when you spoke earlier in the conversation about diet, is there anything specific as far as maybe one food item that maybe we ought to pay a close attention to when we’re out shopping that might help out?

Dr Vartanian: Not even one food item but the concept is really nutritional habits that are compatible with our our digestive system. So foods that are not processed, a lot of vegetables, colorful plate, berries, not a lot of red meat, fishes that are rich in healthy oils like small fish, like sardines and salmon and staying away from processed foods and foods that are highly glycemic like white rice, white bread, white flour.

Neal: Bryan in wrapping up, where can our listeners go in and learn some more about relapsing MS and possibly get some more insight into your story?

Bryan: Yeah, I’ve been lucky to work with the Biogen team to kind of tell my story. We have a website called teambickell.com just what I went through the last couple years and to where I am now and with the upcoming events, definitely check out that website to find out more information and hopefully tell my story and people can read it.

Neal: Thank you both for joining us here on the program today Bryan Bickell and Dr. Timothy Vartanian. It’s been a pleasure and I’m wishing both of you the best.

Dr Vartanian: Thank you very much.

Neal: You’ve been listening the Health Professional Radio I’m your host Neal Howard. Transcripts and audio of this program are available at hpr.fm and healthprofessionalradio.com.au