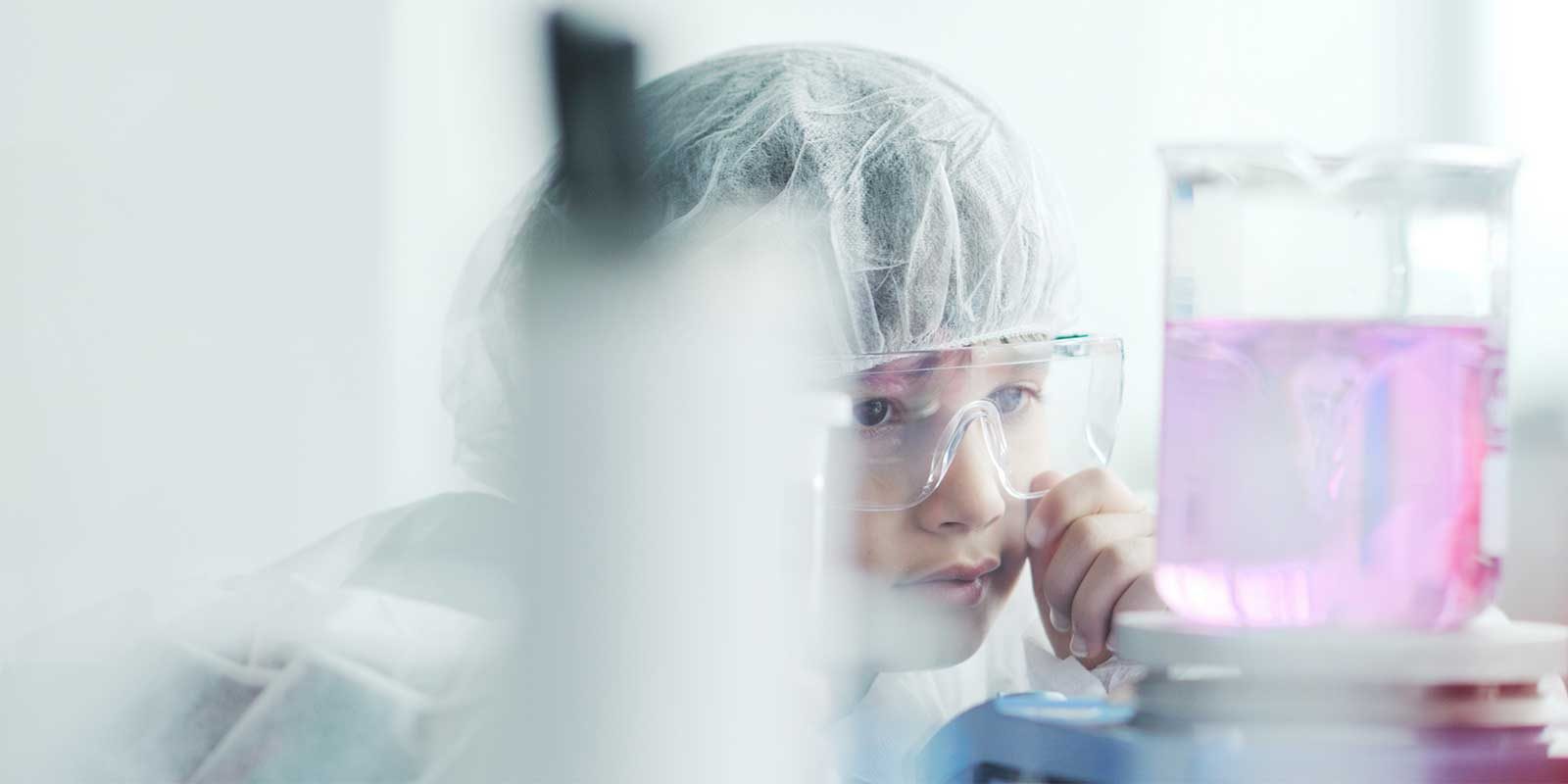 Dr. Damon Reed is the Director of the Adolescent and Young Adult Program at Moffitt, an Associate Member of the Sarcoma Department at Moffitt Cancer Center and an Assistant Professor of Pediatrics at the University of South Florida.  He is also an on staff as a specialty physician at All Children’s Hospital in St. Petersburg, FL. He is also the Leader of the Pediatric Cancer Foundation’s pediatric phase I consortium, the Sunshine Project. Dr. Reed’s research interests include chemotherapeutic approaches to sarcoma in the pediatric and adolescent and young adult population.

He is interested in establishing relevant preclinical sarcoma models, establishing and testing biomarkers for targeted therapies and translating predictive testing and combinations of agents towards personalized medicine in sarcoma and other rare cancers.

He received the CWRU Medical Alumni Association Board of Trustees Award for Outstanding Service and Contributions to the School of Medicine and was named to the Alpha Omega Alpha Honor Medical Society. Dr. Reed is a member of several professional associations, including the American Association for Cancer Research, Connective Tissue Oncology Society and American Society of Clinical Oncology. He joined Moffitt in 2008.

Neal Howard: Welcome to Health Professional Radio. I’m your host Neal Howard, thank you for joining us once again. Our guest is Dr. Damon Reed he’s lead investigator for the National Pediatric Cancer Foundation and in our ongoing series with the foundation, he’s joining us to talk about an initiative called the Sunshine Project. And I’ll let Dr. Reed give us a bit of background about himself and we’ll talk about this initiative and more about the National Pediatric Cancer Foundation. Thank you for joining us today Dr. Reed.

Dr. Damon Reed: Thank you for having me Neal.

Neal: Great. Well you are involved cancer research, what is your background? Where are you practicing and what are you doing?

Dr Reed: I work mostly at the Moffitt Cancer Center in Tampa and I also work at Johns Hopkins All Children’s Hospital in St. Petersburg. I take care of young patients, children and young adults with a particularly devastating type of cancer called sarcoma, which is a rare tumor which has not had much success over the years and so I’ve kind of worked feverishly towards trying to bring new ideas and new treatment strategies to these patients.

Neal: Now every year in September, it’s Childhood Cancer Awareness Month and you’re a lead investigator for the National Pediatric Cancer Foundation’s initiative called the Sunshine Project. What is this project all about and how is your foundation working to kind of fast-track pediatric cancer research?

Neal: Now as I said, we’ve been talking with other folks from the NPCF about childhood cancer, some of the lack of funding, how some of the rarer of these cancers are almost seem to be not not looked at at all. When it comes to the development of new drugs, dealing with how toxic these drugs are, the availability – what is the foundation doing, this Sunshine Project doing the kind of fast-track some of these less toxic, more targeted treatments for pediatric cancer?

Dr Reed: Excellent. So I’ve been speaking mostly conceptually but I can get real concrete real quick and so there are two latest trials that have opened up, one in around April and the other in July are good examples of this. So we have a trial called Action which is led by an investigator at University of Florida Duane Mitchell – very talented investigator who is training the immune system to fight a particularly devastating form of pediatric brain tumor called high-grade glioma. You’re right, these this tumor’s rare enough and understudied enough in part because of funding that there is not even a standard way to treat it successfully when patients are newly diagnosed nevertheless and sometimes cancers have a good treatment up front and when they come back, we’re at a loss. But this is a cancer that we don’t have a good upfront treatment for and so Action, the trial developed with preclinical funding from National Pediatric Cancer Foundation and  building on a very successful Mitchell lab actually takes out the immune system of patients and trains it to fight that patient’s particular cancer, that high-grade glioma and so the very exciting trial that the National Pediatric Cancer Foundation has funded. A second example over the past few months is we have an agent also partially developed by preclinical funding by the National Pediatric Cancer Foundation called SP 2577 its commercial name is Seclidemstat and this is an agent that has been investigated at the University of Utah at the Huntsman Cancer Center by an investigator, in part funded by the National Pediatric Cancer Foundation and this agent is while it has some promise in many cancers, it is really remarkable that the company has chosen to start with the first patients having Ewing sarcoma, another very rare but also very devastating cancer. And so the first patient to receive this drug started about two and a half weeks ago and rather than the old model where a drug that is targeted gets used in a much more common cancer even if it doesn’t seem to have a huge signal of activity there, in this case  the activity really is in Ewing sarcoma. And so the company was innovative enough to work with us to start in a rare population that is Ewing sarcoma and the trial is only for Ewing sarcoma patients, the first time anyone’s ever ever taken this medicine on earth. And so this agent is touted, we don’t know yet because it hasn’t been given to enough people, it has only been given to one but it is touted to be much less toxic than what we normally give Ewing sarcoma patients and it has a good biologic rationale for why it would work in Ewing sarcoma patients.

Neal: When it comes to getting folks involved, getting awareness about the need for funding and involvement in this research, you mentioned how a drug can be used even though it’s not showing any real activity with that particular type of cancer but because it was successful in another type, there’s a maybe kind of thing, that shotgun effect going on. Talk to our listeners  about the high level of importance given to targeted treatments especially for pediatric cancers. I mean kids have got the rest of their lives to live once they beat a particular type of cancer. Talk about the importance of targeted treatments so as not to waste time with others.

Dr Reed: Good. Pediatric cancer is 1% of all cancers, it is rare and it is not the same as adult cancers. And so there’s a couple parts of that question to address, so one of them is I’m not one to point a finger and blame some other group that’s involved in the fight against cancer and to say they’re doing something wrong. So a company is fundamentally trying to get a drug to sell so they they do look for the biggest market that they can find, I don’t you know if that makes sense and if I work for a company, I would probably do the same thing. But what have been particularly devastating about that business decision is that we would need a drug to work for a different kind of cancer than a pediatric cancer to have enough legs for us to study in pediatric cancers and so the drug would have to be kind of almost like a unicorn. It would have to be something that works successfully in say breast or lung cancer but also works in a pediatric cancer which is completely different than a breast or lung cancer so we’ve been hamstrung a bit in the pediatric world by that. Groups like the National Pediatric Cancer Foundation’s Sunshine Project brings some funding and a well-oiled machine to study agents such that an agent that might be interesting in a pediatric cancer can just be studied in that pediatric cancer rather than have to run through and be successful in an adult cancer in order to even have a chance of  being studied in the pediatric cancer which is the traditional model which is still ongoing to this day. So we’re trying to disrupt that model a little bit by getting these drugs to the right patient to try to find a signal of activity sooner even if it is in a smaller population. And drug companies are getting wise to this too, I mean the FDA has been wonderful as well lately. If a drug has an activity in a cancer, why go for a bigger market where it has less of the signal? Your second part of the question which is also excellent is, yes of course we would rather have, I think it is a great idea to have agents that are less toxic and more targeted for a specific patient’s cancer in all Patients. But in particular, the drugs that we use for children have devastating side effects 10-20 years down the road that we accept right now because there’s no better alternative. If I’m sitting across from a patient now and the alternative, the treatment is very toxic or the cancer kills the patient, we choose the very toxic treatment but we would love and as part of our mission is to bring less toxic treatment so that the patients are doing better not only in 2018, but also in 2038.

Neal: Give our listeners a website where we can learn more about the NPCF and learn more about Childhood Cancer Awareness Month and possibly guide us in getting involved in the effort against childhood cancer.

Dr Reed: Our website is nationalpcf.org and we have tons of information about events that are very fun to participate in our research other ways to participate in our mission in the Sunshine Project. cancer.gov is a wonderful resource for objective cancer information made by the National Institutes of Health. But please feel free to reach out to organization, we’re very happy to advocate for these children with cancer and to again work with a multiple multidisciplinary team of parents, concerned citizens and scientists to bring the best treatment to these patients.

Neal: Thank you so much for joining us today Dr. Reed, I’m hoping we can talk again.

Dr Reed: I hope so too. Thank you so much Neal, this is great.