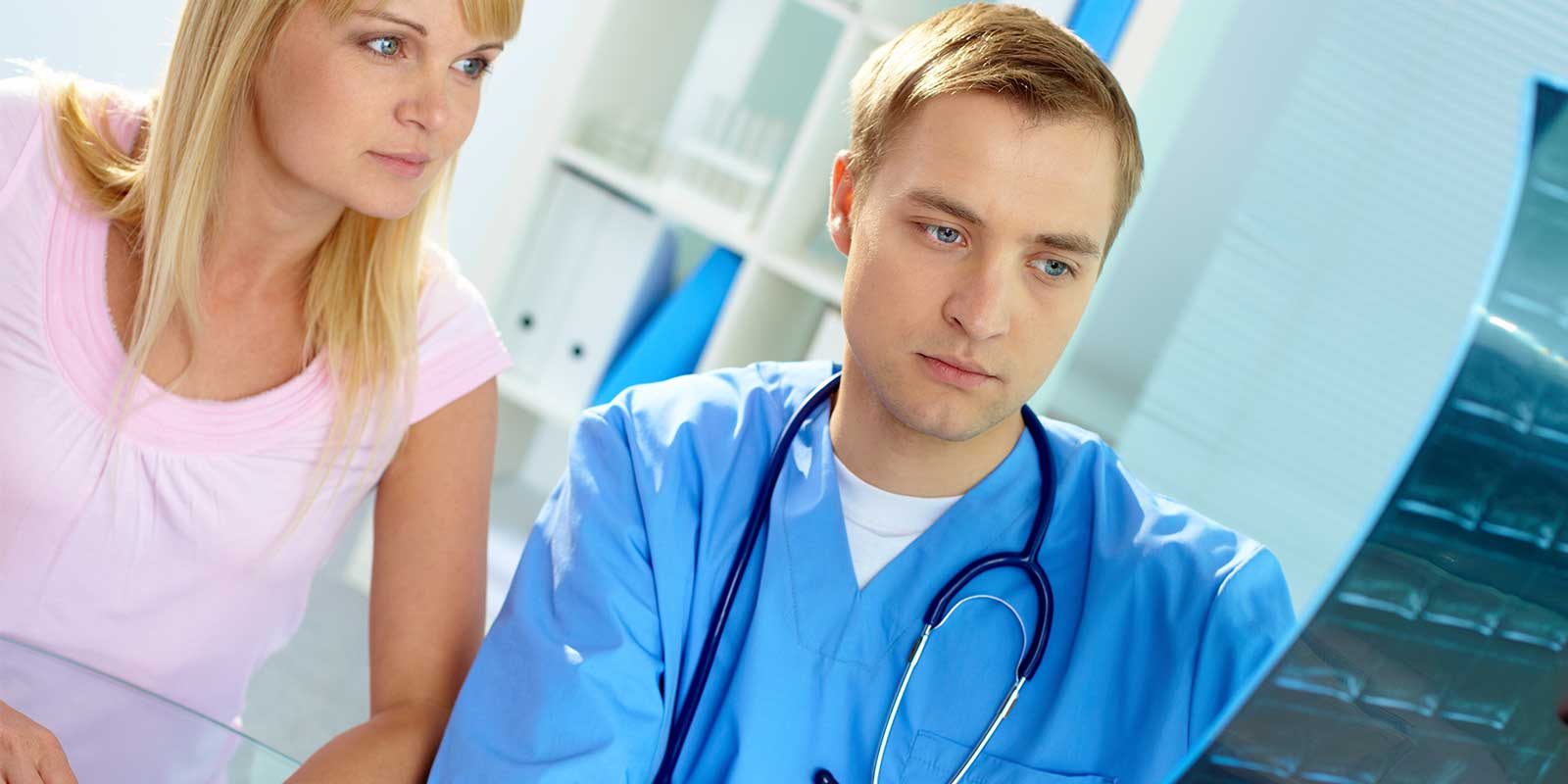 While in Medical School, Dr. Hillengass focused his research on the investigation of morphological and functional imaging of hematological diseases, especially monoclonal plasma cell disorders. Dr. Hillengass’ group has established magnetic resonance imaging (MRI) and computed tomography (CT) as novel standard diagnostic techniques in multiple myeloma and its precursor diseases. The discovery of a heterogeneity in growth patterns in myeloma has led their team to focus on the significance of a spatial heterogeneity for genomic assessment and treatment monitoring especially minimal residual disease assessment. The huge amount of information coming from whole body imaging motivated Dr. Hillengass and his team to start the development of software tools to support the radiologist and nuclear medicine specialist in evaluating the clinical data and to make this “big imaging data” available for research. Dealing with myeloma patients in advanced stages of the disease and analyzing imaging results of modern imaging techniques has led to a deeper interest in myeloma bone disease, where he started to investigate the inuence of physical activity on pain, quality of life and skeletal related events. Having been responsible for the largest autologous stem cell transplant program in Germany has also motivated me to investigate how treatment with high dose chemotherapy can be improved regarding outcome and tolerability.

Neal Howard: Hello and welcome to the program. I’m your host Neal Howard here on Health Professional Radio, glad that you could join us once again. Our guest is Dr. Jens Hillengass of Roswell Park Comprehensive Cancer Center and he’s joining us here on the program this morning to talk about a newly FDA-approved immunotherapy combination called Empliciti® and it’s going to be used to treat certain patients with Multiple Myeloma who received at least two prior therapies. Welcome to the program Dr. Hillengass, thank you for taking the time.

Dr. Jens Hillengass: Thank you very much for having me Neal.

Neal: A bit of background about yourself, beyond being there at Comprehensive Cancer Center.

Dr Hillengass: Yeah, as you might hear I am originally from Germany. I was trained in Heidelberg at the University of Heidelberg in Germany and worked there in the Myeloma section and I was the Deputy Head before I left and it’s the biggest section for Myeloma treatment in Europe so I have had a lot of exposure to Multiple Myeloma and the precursor diseases and so have treated a lot of patients, have taken part in a lot of clinical trials and have also established my own research in Myeloma.

Neal: Well this year alone, there are approximately 32,000 people in the United States who are going to be diagnosed with this disease. It’s a type of cancer, talk about this type of cancer. What is Multiple Myeloma?

Dr Hillengass: Yeah, the number is actually correct and we see that the Myeloma patients are usually diagnosed because of pain because Myeloma causes an over activation of bone eating cells. Those cells are healthy but the Myeloma, the cancerous Myeloma plasma cells, they cause an overactivation which causes then punched out holes in the bone so called osteolytic lesions and this is one major effect that leads to fractures to pain which then leads the patient to  go to the doctor. Another major symptom is kidney dysfunction, real insufficiency because of the production of useless basically monoclonal antibodies are by those Myeloma cells that can cause function or defects of function of the kidneys. And the third one is a lowering of blood counts, the CBC is different. They have anemia, they have a leukopenia because of the replacement of the bone marrow with those malignant cells.

Neal: So is that what sets these 32,000 people apart? What puts a person at risk?

Dr Hillendass: Yeah, it’s very difficult to say there’s only statistical analysis retrospective analysis, that’s not a clear reason for Myeloma. We still don’t know that. There are hints that there are some exposures to toxic stuff is, just recently there was a publication that the firefighters of 9/11 for example had a higher or have higher risk to develop Myeloma so we think that some toxic influences might be a reason for it but it’s at the moment, it’s not really clear where Myeloma is coming from.

Neal: Well we’re here to talk about of course you know Multiple Myeloma, but also about some breakthrough treatment. I understand that there’s a recently FDA-approved treatment for this disease. What is this treatment and who’s manufacturing it?

Dr Hillengass:  Yeah so it’s manufactured by Bristol-Myers Squibb and I have to mention that I have been a consultant for this company and also our Institute gets research funding from them so that’s to be honest on that. And the Empliciti® is an antibody against SLAMF7 which engages the immune system and K cells for example, to attack Myeloma cells and it works best in combination with so-called immunomodulatory drugs and in combination with steroids. And there has been a clinical trial showing that this combination of Empliciti®, Pomalyst® and dexamethasone to Pomalyst® and dexamethasone alone.

Neal: So is this something that can be used initially or does the person have to wait until they show certain results with certain other treatments first?

Dr Hillengass: Yeah, exactly. It’s approved for later lines of treatment when patients have already been exposed to immunomodulatory drugs and are prone on some inhibitors to very extended treatment for the first line and if they relapse later on, if they’re relapsed refractory then they can get the Elo-Pom-Dex combination.

Neal: In the past what was the go-to treatment for a multiple Myeloma other than what you talked about with those two drugs? Are the two treatments ever used in combination with each other?

Neal: What about the advancement, the degree of the disease? Are there different levels of this combination used based on the person’s Myeloma?

Dr Hillengass: Usually of course it as every treatment, it has side effects but usually it’s compared to a lot of other treatments. It’s very well tolerated so adjustment of dose is not very common in this combination. If we adjust those, it’s usually the Pomalyst® where we can lower the dose if patients have comorbidities, if they are elderly, if they have a lower performance status that can cause those reduction. But often, most of the patients really tolerate this treatment very well.

Neal: And as far as feedbacks from some of the researchers that are involved who are going to be introducing this into the mainstream, are there any drawbacks, any safety risks other than you know the regular side-effects associated with it?

Dr Hillengass: Not that much as since it’s an immune therapeutic drug as we discussed, it’s an antibody there’s there are few infusion related reactions. It’s less than in some other antibodies but it’s still there, there’s a signal and the major side effects as you already mentioned is that they have low blood counts, leukopenia, more susceptibility to infections. Those are the major points but this is what we see in basically nearly all Myeloma treatments so this is something that we are very used to and that we can deal with.

Neal: Where can our listeners go online and get some more information about Empliciti® and about your practice there at the Roswell Park Comprehensive Cancer Center as well?

Dr Hillengass: Yeah, so I use this of course to mention roswellpark.org where we have some information on treatment options on diagnostics but of course the National Cancer Institute cancer.gov and cancer.org from the American Cancer Society are very good resources and specifically for Empliciti® it’s empliciti.com by Bristol-Myers Squibb which gives you much more detailed information about the trial and about the approval of Empliciti®, pomalidomide and dexamethasone.

Neal: Dr. Hillengass, thank you so much for joining us on the program today. I’m hoping we’ll have another conversation in the future.

Dr Hillengass: That would be very nice, thank you very much for having me.