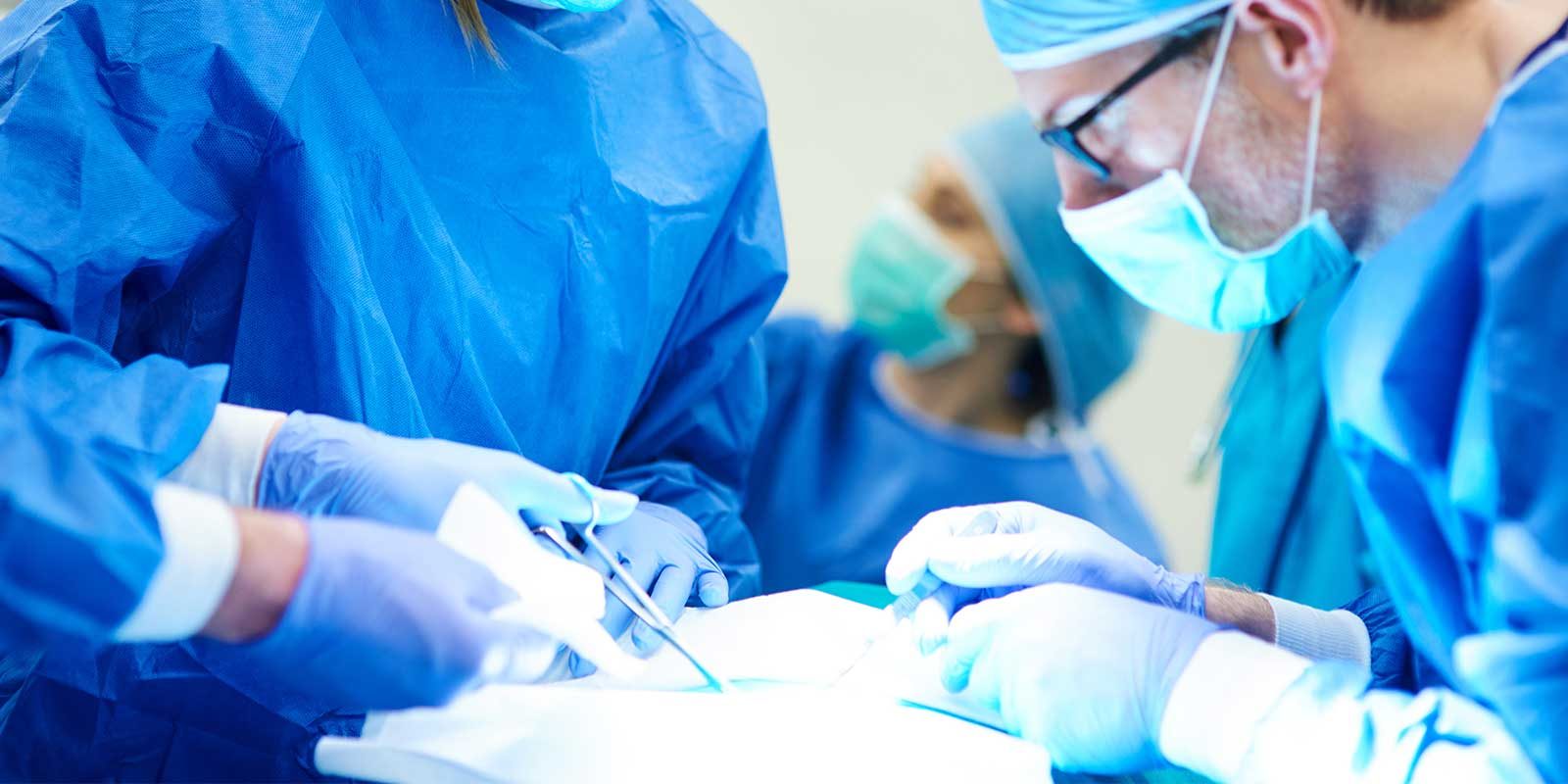 A new study showed that by combining HTX-011 with over-the-counter pain medications, such as Acetaminophen and Ibuprofen, 90% of patients do not require any opioids to manage their post-operative pain for 72 hours after surgery or even needed a discharge prescription for opioids. Above that, 81% of the patients involved in the said study remained completely opioid-free up to 8 days after surgery.

Listen to this podcast episode to get more details.

Dr. Harold Minkowitz is a practicing anesthesiologist in Houston, TX and investigator for Heron Therapeutics’ HTX-011 clinical trials. Originally from Johannesburg, South Africa, Dr. Minkowitz completed his medical training at the University of the Witwatersrand. After receiving his Fellowship in the Faculty of Anesthesiologists in South Africa, he relocated to the Texas Medical Center in Houston. Here, he worked as an Assistant Professor of Anesthesiology at the University of Texas Health Science Center at Houston.

Dr. Minkowitz completed his Board Certification with the American Board of Anesthesiologists, and in 1998 joined practice at Memorial Hermann Memorial City Medical Center. He is currently the Associate Professor and Associate Director of Clinical Research at the University of Texas MD Anderson Cancer Center.

Neal Howard: Hello and welcome to the program. I’m your host Neal Howard here on Health Professional Radio, thank you so much for joining us. Our guest today is Dr. Harold Minkowitz, Associate Professor and Director of clinical research at the University of Texas MD Anderson Cancer Center. He’s going to talk to us today about a potential breakthrough in non-opioid post-surgery pain. Welcome to the program Doctor.

Neal: Give our listeners just a brief background about yourself. I did say that you’re Associate Professor there at the University of Texas.

Dr Minkowitz: Well I’m trained in anesthesia so I am a board-certified anesthesiologist but my special interest is the study of acute pain and acute pain medications which I’ve been studying since my residency which is 28 years ago. I’m always looking for new morality in new ways which we could help alleviate patients’ pain after surgery particularly.

Neal: Let’s talk about this breakthrough that’s currently under review.

Dr Minkowitz: Certainly. So the exciting exciting detail which we have is from a new study which showed that when combining HT X 11 with over-the-counter pain medications such as acetaminophen and ibuprofen, 90% of patients did not require any opioids to manage their post-operative pain through 72 hours after surgery or even need a discharge prescription for opioids. And above that, 81% of the patients in the study remained completely opioid free …  days after surgery.

Neal: Now you mentioned specifically a 72 hour period there, is that the time when pain and the potential for severe reactions, is that when it’s most critical for folks to use opioids for pain management?

Dr Minkowitz: You are quite right in pointing that out, so the first 72 hours after surgery is a time when pain is most common and most severe and this is because the pain signals from the incision site are intensified by the inflammation at the site of surgery so this process starts pretty early and reaches its peak in about 24 hours and remain elevated for up to 72 hours or so after surgery. So this period of time following surgery is the most crucial for patient recovery, for pain management.

Neal: Would this be considered a drug or a supplement? Explain how it works.

Dr Minkowitz: Certainly. So HT X 11 is actually an investigational dual acting local anesthetic which we give without a needle into the actual surgical site and the aim is to address the post surgical pain. So how it’s different from currently acting local anesthetics on the market is that a formula was too well-known and actually tested medications that work together, one is the proparacaine which is a local anesthetic, the other is Meloxicam which is an anti-inflammatory drug and together, they work to reduce pain for 72 hours after surgery and HT X 11 was the first local anesthetic to show superiority versus a standard of care drug which we now use … in the phase 3 clinical studies.

Neal: Does the study address all types of surgery including dental, spinal, any type of surgical procedure or are there specific procedures that lend themselves better to this treatment than others?

Dr Minkowitz: Well in the clinical development program HT X 11 was actually studied across a wide range of surgeries and that included hernia surgery, bunionectomy, abdominoplasty, total knee arthroplasty, breast augmentation and other models so it has been used in a number of different clinical scenarios and obviously if it’s approved to be more use … indicated but the opioid free study was conducted in hernia … alone.

Neal: And effective in both males-females I’m going to assume?

Dr Minkowitz:  There’s no difference in efficacy between males or females.

Neal: What would you say are the next steps as far as the process of approval for HT X 11?

Dr Minkowitz: Well the drug is under review by the FDA and the decision date is April 30th of this year so I can’t really speak much beyond that.

Neal: Okay, so April 30th is when we’ll find out whether or not the FDA is going to approve it. In the meantime as far as patients dealing with opioids, is there anything on the horizon for some of these people that are having surgery as we speak?

Dr Minkowitz: All of us on healthcare industry looking at trying to combat this opioid crisis are very involved with all different ways we can to decrease this problem because I think one thing we don’t often think about is that the post surgery is really an under-recognized gateway to opioid abuse. When you consider that there’s probably more than 50 million surgical procedures every year in the U.S. with 90% of those which is about 45 million people who get opioids after surgery for pain management and approximately 1 out of 15 of those patients may go on to long-term opioid abuse, you understand why we are all working so hard to try and get an opioid free post-operative course and in fact the FDA recently had an advisory committee and they reported that at discharge, patients receive an average of 30 opioid pills after their surgery while only 9 of these pills are used and the recent study of HT X 11 would suggest that a drug that reduces pain substantially reduced to the need of post-op opioids and actually could eliminate prescriptions for almost all their patients and in turn they could actually significantly reduce excess opioids going out into communities. So if you do the math for hernia care alone, this could mean a reduction of almost 24 million opioid pills every year not being released into the community.

Dr Minkowitz: So I think there’s so much talk about treatment for opioid addiction is it is critical but if we’re not really need to start giving equal attention to preventing new patients from … and the fewer opioids that we need and prescribe, that would mean that fewer opioid that will be taken.

Dr Minkowitz: Well I think the impact on cost is actually the return to being back to work again, back to functionality without patients having to suffer from chronic pain, from fully controlled pain or potential for opioid addiction and all the costs that have that associated with.

Neal: Where can our listeners go and get some more information about HT X 11?

Neal: And you’re a clinical investigator for that company as well.

Dr Minkowitz: Correct. I’ve done a number of different clinical trials with the development program for the study.

Neal: www.herontx.com. Dr. Harold Minkowitz, it’s been a pleasure speaking with you today. Thank you for taking the time.

Dr Minkowitz: Thank you very much.

Neal: You’ve been listening to Health Professional Radio, I’m your host Neal Howard. Transcripts and audio of this program are available at hpr.fm and healthprofessionalradiocom.au