Paramedics bouncing back after a serious injury on the job 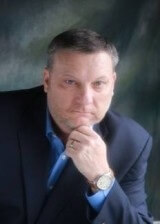 Presenter: Neal
Guest: Bob Holdsworth
Guest Bio: An active paramedic, speaker and consultant, Bob Holdsworth has spent more than 33 years in emergency medicine, including executive leadership positions in the private sector, volunteer positions in both EMS and Fire agencies, and the role of EMS coordinator, where he developed and ran a hospital-based, regional paramedic service. He is the author of WADING INTO CHAOS: Inside the Life of a Paramedic.

Segment Overview
Bob Holdsworth talks about the process of dealing with a serious injury while on the job as a First Responder.  He also contrasts the standard operating procedures of Police and EMS as those differences pertain to getting back to work after injury.

Neal: Hello you’re listening to Health Professional Radio. I’m your host Neal Howard. When the Paramedic is on the job and they suffered an injury when they’re trying to render help – our guest Bob Holdsworth, the author of “Wading into Chaos” and also co-author of the book “Secrets of Peak Performers: Volume II.” How are you doing Bob?

Bob: Neal, glad to be back with you.

N: Now, you were talking about not being uncommon at one point for you to get workers comp claim on a weekly basis as a result of a physical assault. You’ve been assaulted, you’re recovering, you put some steak on your eye or whatever, get some stiches and you’re back on the job next day or maybe in a couple of days. But, say, someone hasn’t done what we all learned to do as a child and pull over or whatever the traffic pattern is when you hear that siren. You pull over and let whatever’s coming through -the police, the EMS, as fire – get through and then resume your way. Let’s say someone hasn’t done that and they ran a light and run into your ambulance. You’re severely injured. You’re off for a while, maybe some surgeries. Coming back to an environment where you’ve been seriously injured – are there any obstacles other than your desire and your physical ability to do so? Do you see that EMTs that are injured in severe ways often come back to resume their careers?

B: And I had a couple of crew members that have gone through that over my career and one never came back. She had a severe arm injury. She actually had her arm out of the window on a very nice sunny day and was on the passenger side and the ambulance flipped onto the passenger side and her arm was trapped under the vehicle for ten to fifteen minutes and she had significant muscle and vascular damage. She actually did not get enough strength back. They were able to save the arm but not enough strain back that she was able to carry somebody and what have you. And she never did come back. The other person who was in the ambulance had a concussion and came back after a week and so and got back in the job. But I think the issue – and I said this earlier in the broadcast, we talked about this – the physical wellbeing and there’s the emotional and psychological injuries that we all incur. Over the years, that’s the whole development of critical incident stress teams to help people get back on the job that I was a member of several of them here in Connecticut. The job is to get people over those abnormal circumstances because we see stuff that people should not see every day. Each one of them takes a little chip out of you and the longer you do it, the more chips. And eventually, there’s a crack and you have a moment where a particular call sticks with you and it can either take you out of the game or can take you out and say, “I need an extend time out here.” But I think if you came back with a severe injury, after said injury, you will be coming back with potentially a little bit of a more jaded attitude. You’re a little more guarded. Years ago I was stabbed by a patient – a mentally disturbed patient. I was out for a couple days. Luckily, it was winter and there were lots of articles of clothing and it wasn’t very big but a stabbing is a stabbing is a stabbing.

N: I approached my job differently from that day forward and I taught my students differently from that day forward. My assessments of patients were different. My looking to see what they might have on their belt s or in their pockets and what have you was different. You kind of whirl up. I know for a fact that for a while I was a little bit guarded with patients who were not acting a hundred percent appropriately. And that continued all the way through until I came off the road.

N: You mentioned the two-pronged approach to returning to the job after an injury and we were talking about traumatic severe Injuries. As in the police department, when a shooting goes down, the officer is routinely automatically put on paid leave. He undergoes the internal affairs investigation and, usually, a psychiatric evaluation to see how the incident affected the officer thereby saying how it’s going to affect his job. Is there anything in place in the First Responder field that is similar or is that coming?

B: I don’t know that it’s coming. In some cases, there’s the employee assistance programs, EAP programs, there are the critical incident stress teams that deal with these events. The difference between the two is, in a police officer involved shooting, the officer had inflicted bodily injured or death upon another person as opposed to the police officer being him or herself shot.

B: So there’s a little bit difference which is why what some people see as punishment or as appropriate steps depending upon what side of the argument you’re on. Whether the officer taken out of the field, goes through the internal affairs investigation, has his weapon confiscated, does desk duty for a while and then typically goes through psychological exam especially if an officer involved shooting with a fatality. That is basically because psychological trauma of taking a life as opposed to when you have a first responder that’s injured. Often, there is EAP offered to that person if they have been injured and they want to talk about it but I don’t know of many departments – I stand to be corrected – that have it organized if you get severely hurt on the job, you have to go through this procedure.

B: To be back out there from the emotional side.

N: So it’s more or less an option?

B: It’s an option that some people are too stoic to take care of and to take availability of and go, “Yeah, I’ll be fine. I’ll shrug it off.” And they go through the typical counseling. So for example, I know you mentioned someone locally to where you are was injury in a traffic accident as an EMT or Paramedic…

B: and lost a leg and they’re working through the whole getting the prosthetic and coming back to work. I will be willing to wager that that person was given some counseling about dealing with the prosthetic.

B: I seriously doubt that they were given any counseling about being a Paramedic with a prosthetic coming back to work and getting on the ambulance. Most of that stuff was probably job focused – can you lift? Can you step in and out of the truck? Can you bare enough weight on it to make sure your partner safe? Probably not the emotional side of what’s it gonna be like the first time you back in the ambulance and you go to a highway call on that same bridge.

N: You’ve been listening to Health Professional Radio. It’s been a pleasure talking with Bob Holdsworth. He has returned today to talk with us a little bit about how he and his fellow First Responders have to deal being injured on the job. Either through physical violence responding to a scene or maybe having a vehicle accident in route to helping someone who’s been on accident themselves. We’ve been here discussing some of the options available to First Responders and some of the considerations that one has to make when deciding to continue such a fast paced and often dangerous career or to hang it up and decide to do something else. Bob is the author of “Wading into Chaos: Inside the Life of a First Responder” and also the co-author of “Secrets of Peak Performers: Volume II.” It’s been great having you here in studio with us today Bob.

B: Neal, thank you very much for the opportunity. It’s my pleasure.

N: Thank you. Audio of this program is available at hpr.fm and also at healthprofessionalradio.com.au and you can subscribe to our Podcast on iTunes.