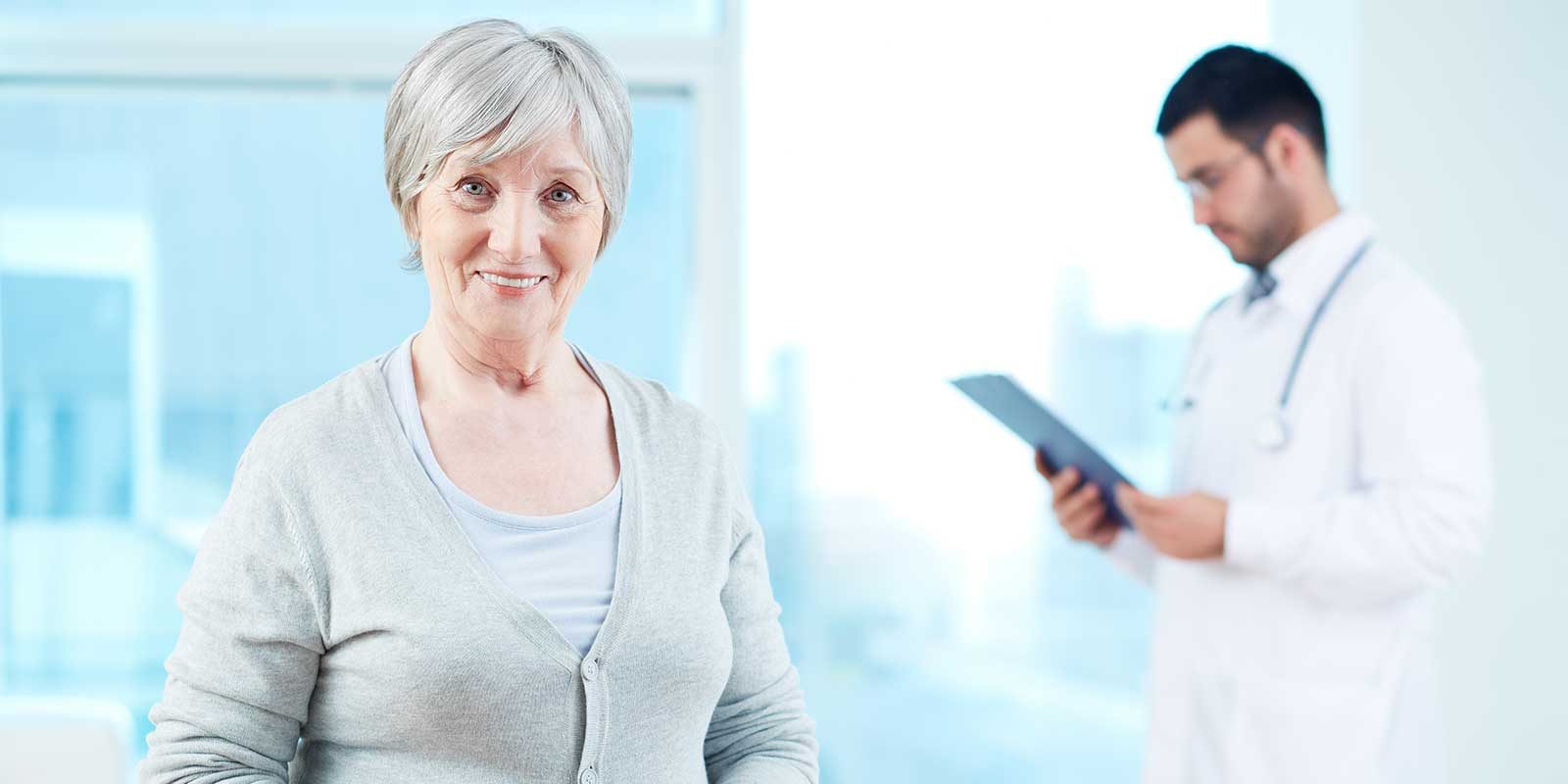 John L. Lehr brings to the Parkinson’s Foundation more than two decades of nonprofit fundraising and management experience, with a strong focus in the voluntary healthcare and medical research sectors. Before joining the foundation, John served as President of Orr Associates, Inc. (OAI), a consulting firm that serves the nonprofit sector. At OAI, John was responsible for daily operations of the firm, as well as management of leading clients including Georgetown University, MedStar Health and Special Olympics. Previously, John also served as Chief Executive Officer of CureSearch for Children’s Cancer, a national research and advocacy organization. John earned his B.A. and M.A. in History from Villanova University. From 1990-1991, he served as a Peace Corps Volunteer in Sri Lanka where he led rural business development efforts and taught English.

John Lehr: Thanks Neal, it’s a pleasure to be with you.

Neal: For our listeners who aren’t familiar with you when you we were here with us before, a bit of background about yourself and we’ll talk about the Parkinson’s foundation’s commitment to fighting Parkinson’s Disease.

John: Sure. So thank you again, I appreciate it. So I’m the President CEO of the Parkinson’s Foundation. I’ve been in this role for almost two years now. I come at this role from an entire career in healthcare and healthcare philanthropy, having worked at a number of other organizations, disease specific organizations in the past and in my focus is on helping people with specific diseases live the highest quality of life possible while we also work on advancing research ultimately toward a cure for those diseases. So my current role, it’s really focused on Parkinson’s Disease.

John: Yeah, so Parkinson’s disease, it’s characterized as a movement disorder but it is a degenerative neurological disease that affects 1 million Americans in the United States and about 10 million individuals worldwide. Most people, the reason why I said it’s a movement disorder is that the the outward signs of the disease are generally around movement. So usually what will bring someone with Parkinson’s into a clinician’s office which is the doctor’s office, you all start to notice maybe a slight tremor in their hand or resting tremor where their hand starts to shake or their legs starts to shake. And then as the disease progresses, you can get freezing of gait where when you’re walking you suddenly no longer can move forward because your motor function is limiting your ability to walk smoothly and easily. So those are the obvious physical motor symptoms of the disease but as we’ve moved forward in our understanding of Parkinson’s, what we realize is that it affects almost every system of the of the of the body and that’s primarily because Parkinson’s is a brain disorder and we all have dopamine in our Brains. Dopamine is critical for functioning and we have a finite amount of dopamine and for people with Parkinson’s, they’re coming to the end of their dopamine supply and so on the motor symptoms and the other symptoms that are accrue because of that or related to that and so part of what we try to do in Parkinson’s is replace the dopamine so there’s the number one drug is really dopamine replacement therapy but when I was saying it affects the other parts of the body. It can affect cognition, it can affect mental health, depression and anxiety are very Common and it can affect the senses. One of the first symptoms of Parkinson’s is that you lose your sense of smell but there’s GI issues, there’s sleep issues, there’s intimacy issues so it really is a disease that that can affect every aspect of a person’s life.

Neal: When it comes to treating Parkinson’s, because to be clear there is no cure, do you see advancements towards here or are we still so entrenched in the advancements in treatment with no cure in sight?

John: So I would say you know our goal is ultimately to have a cure for the disease but while we’re working towards the cure and we certainly are working towards the cure, what we’re trying to do is mitigate the symptoms and also some of the consequences that accrue from current therapies. So for example, dopamine replacement carbidopa levodopa can also lead to what’s called dyskinesia so if you’ve ever seen somebody with Parkinson’s who was moving around a lot, like shaking their arms and moving them back and forth in kind of a rapid motion, that’s actually not not a factor of the disease but it’s actually a consequence of the therapy, the drug that they’re taking. So if we can minimize dyskinesia or minimize dystonia, that’s where your very painful symptom where your toes curl and other parts of your body curl, if we can work on those symptoms that really affect quality of life while we’re also working on a cure, that really is our approach. The truth is is that as I mentioned earlier, Parkinson’s has turned out to be a much more complicated disease, complex disease. It’s an idiosyncratic disease and what I mean by that is that no two people have the same exact course of disease and so some other  diseases are more predictable in their pathway but that’s not necessarily the case with Parkinson’s. So where there’s a lot of different therapeutic approaches out there that we’re funding and scientists are exploring, we’re hopeful that a cure is somewhere down the road. It’s probably a little further down the road than we initially thought but in the meantime, we’re working very aggressively to address quality of life issues for people with Parkinson’s.

Neal:  I do understand that the Parkinson’s Foundation is heavily involved in getting the that neurologists need in order to better take care of their patients. Now being a caregiver for someone who has Parkinson’s and being a healthcare provider for someone who has Parkinson’s, it has its own or different levels of stress and responsibility. Now this is November or National Caregivers Month, talk about some of the ways that the foundation is addressing Parkinson’s caregivers.

John: Yeah, so thank you for that question. So on December 1st in Phoenix, Arizona, we’re going to be holding our Caregiver Summit so it will be an in-person summit but we will also be broadcasting it to 12 satellite locations around the country. It will be in English but also in Spanish and the idea behind this is that as people with Parkinson’s Disease progresses, their care partners, their caregivers is often spouse or a sibling or somebody in the family, whether it’s a daughter or son – is often asked to take on increasing responsibility for their loved one with Parkinson’s. And so you can imagine living with the disease is very challenging, can be a very challenging daily consequence but helping to care give for somebody with Parkinson’s also has the rewards and its challenges and so the Caregiver Summit really is to talk directly to people and work directly with people and help people who are in a caregiver role for people with Parkinson’s to make sure that they have all the resources they need, that they understand the unique aspects of the disease, that they can share with others techniques and hack for lack of a better word in terms of managing daily events in the Parkinson’s space. Buttoning a shirt or lacing up shoes or just basic grooming and things like that can be a struggle and often people with Parkinson’s turn to their spouses, their loved ones, their caregivers for support and the extent that we can help them be best prepared for that is really important. The other side of the equation is it’s not simply just what they can do for people with Parkinson’s. We realize how emotionally challenging it can be to be in a caregiver role so we also want to make sure that people who are in those roles feel supported and know that others are out there and so it’s an opportunity to connect people who are doing that and to share it share the joys and also the challenges of performing that role.

Neal: Where can our listeners go and learn some more about the Parkinson’s Foundation and about the summit that’s coming up in December?

John: Yeah, so they can go to our website which is parkinson.org and then we have a whole site or a whole location on the Caregiver Summit so if you type in Parkinson Foundation Caregiver Summit parkinson.org/summit, you’ll come up to a web page that talks all about registration, what’s going to take place the different satellite locations. There’s also information in Spanish so for spanish-speaking folks, they can take a look at that so it’s all right there. And then if they want to call the Foundation to get more information on it they can call our helpline which is 1 800 473-4636.

Neal: Great, always a pleasure John. Thank you so much for coming back and talking with us.

John: It was my pleasure, thanks a lot Neal.