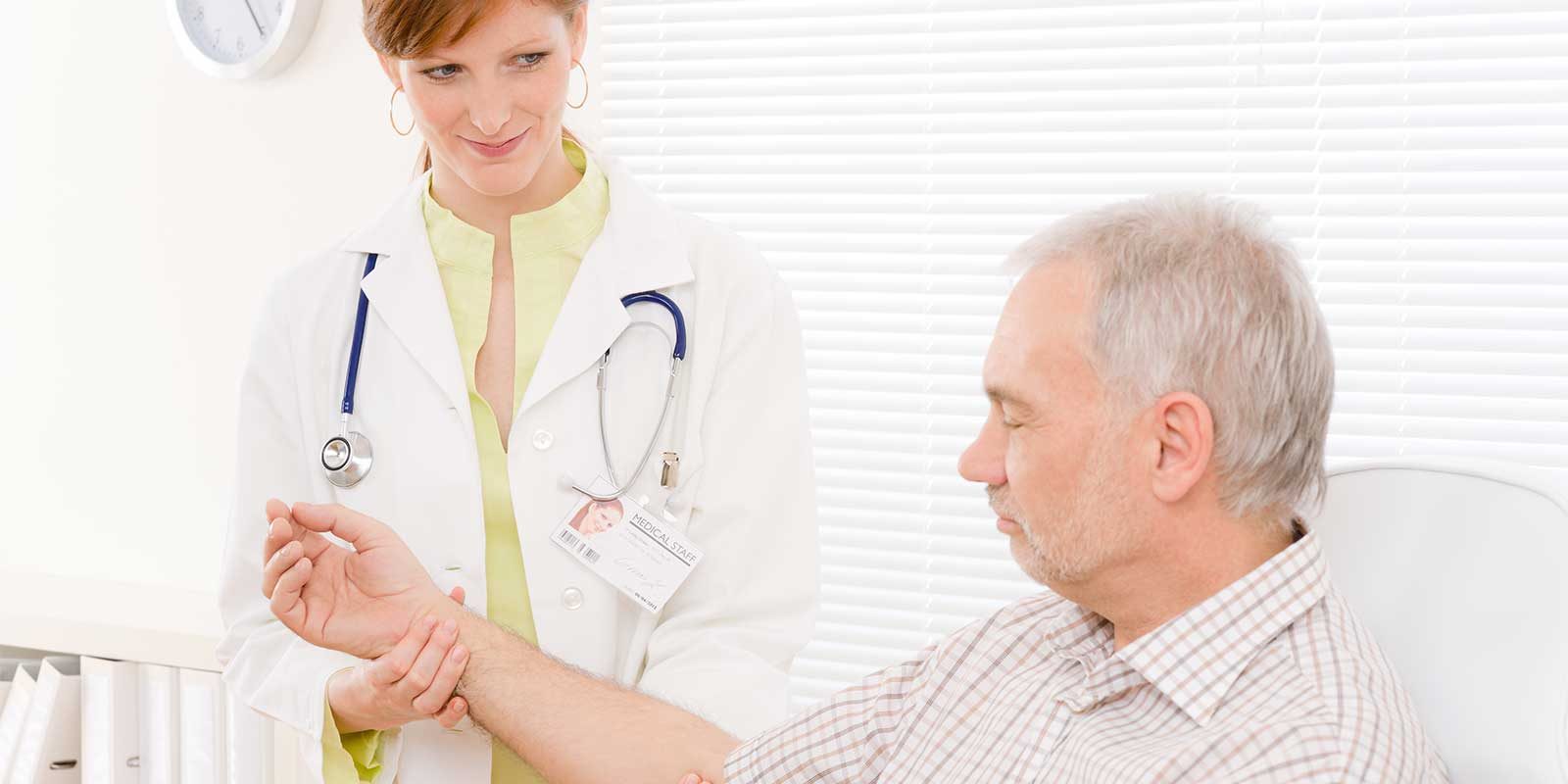 Rick, a man in his 60’s, talks about living with the rare disease, hereditary ATTR amyloidosis, a rapidly progressive and life-threatening disease, and finding new hope in Alnylam’s new treatment, ONPATTRO™ which has just been approved by the FDA in August 2018.

Rick Schrader is living with hereditary transthyretin-mediated (hATTR) amyloidosis, a progressive and life-threatening condition caused by a gene mutation that results in the accumulation of amyloid deposits in multiple organs. In January 2017, Rick began to experience his first symptoms, including the inability to walk long distances without a walker. Shortly after diagnosis, Rick began treatment with ONPATTROTM (patisiran) through Alnylam’s Early Access Program.

Neal Howard: Welcome to Health Professional Radio. I’m your host Neal Howard, glad that you could join us once again today. Our guest on the program today is Mr. Rick Schrader, he’s living with hATTR amyloidosis. It’s a rare disease and he’s going to talk with us about his understanding of the disease, his diagnosis and how he’s dealing with the disease today especially after using Onpattro, the recently FDA-approved drug from Alnylam. Welcome to the program Rick.

Rick Schrader: Thank you, glad to be here.

Neal: I understand that you’re about about 60 or so and you were diagnosed with this rare disease. What is this disease to your understanding?

Rick: It’s a rare genetic disease that I’m not sure what triggered it, when it’s triggered or whatever, but my father died 10 years ago and he was undiagnosed at the time. So I’m just happy that the researchers come this far to be able to actually diagnose what this is and that there was actually a drug company that’s out there, pharmaceutical company that is out there doing some research on it. I am not a medical person but basically you will see a plaque that surrounds the nerves and starts choking off the nerves and the peripherals, my fingers and feet and it works its way up. I just wish I had known about this a lot earlier but I’m happy that I did get out of the trial and we were able to stop the progress of the disease, right where it is now so.

Rick: Well it started off with your tingling in the fingers a little bit of numbness so I just figured well I’m past 60, I’m 64 today and so that’s just a natural part of getting old and those things happen, but then I started to lose my balance. Now I was a very active person, I used to go 100 miles an hour and then all of a sudden, I started losing my balance and falling and I noticed that the numbness started creeping up my fingers and my toes, into my feet and that’s why I went to a local neurologist who did some testing and he said to the best of his knowledge, he says “This is one of those neuropathies that we just haven’t diagnosed yet.” Well for about 10 seconds and my wife being a medical person was and all her friends are medical people, are doing some research and they were able to one thing led to another to Johns Hopkins where Dr Polydefkis was doing a study on this. So we went up there, we did some testing, he identified the specific disease and got me in the study as quickly as possible. So it’s gotten to the point where I can’t hold, I can hardly hold the pen, I can’t write very well anymore, it’s all chicken scratch. And I usually walk or scooter to get around today. I can’t stand up straight on my own but I’d rather be out playing golf but if this is where the disease, the progression of the disease stops, I’m happy just to be alive.

Neal: Now the progression of the disease has been stopped based on your use of a newly FDA -approved drug from Alnylam, is that correct?

Neal: It’s called Onpattro, that’s the trial that you were qualified for. You’re getting around on a scooter these days. As far as the numbness and tingling and the pain, is that alleviated? Are you experiencing just weakness based on the disease?

Rick: I take Gabapentin which helps relieve the tingling. It’s kind of like when your arm falls asleep but that’s just full 24/7 in your fingers and hands so I think Gabapentin which keeps that in check so that’s it’s not too bad. My hands always feel like they’re freezing, I put gloves on and when it’s 90 degrees out and it won’t help at all. It’s just part of the the nerves being out of whack but that’s all manageable. But the progression is I haven’t gotten any worse since I started the trial and now, yes the FDA-approved drug so that’s what I consider, because I saw my father rapidly go within the year and no one, they found that pattern so I see where it stops where it is right now and so I’m happy for that this doesn’t go any further and they give me a prognosis of maybe 10-15 years where I probably wouldn’t have had that if I hadn’t run into this trial and running into this drug, who knows what would have happened?

Neal: You mentioned early earlier that your father recently, was it recently passed or was it 10 years ago you said?

Neal: Ten years ago and he was undiagnosed at the time. Was it determined after he passed that he had hATTR amyloidosis? Is that what happened or do you just think that he’s the one that passed it on to you or could it have been your mom?

Rick: It could have been, it’s mere speculation. My understanding is that it was a 50-50 chance that you’ll pass it on to your offspring. And as it turns out, I have two brothers and a sister so all four of us have this gene, this mutant gene that’s out there. But I’m the only one who’s got to this point, the others have not really exhibited any symptoms yet and we can only, without going and doing an autopsy which we’re not going to do, there is no way to tell if we got it from my father or my mother. But the good news is my daughter does not have it and my son is adopted so as far as my immediate family, it ends right there.

Neal: Did you have your adopted son tested just in case he has the gene from his natural parents?

Rick: No. We have not done that, we have not even thought about doing that.

Neal: Well it is a rare disease, I mean do you know about how many people are impacted by it roughly?

Rick: They tell me 50 thousand people in the world.

Neal: So I would guess that spending the time and effort to test an adopted son would be kind of kind of an overkill on the off chance

Rick: Yeah, at this time. The test is a very expensive test which faithfully Alnylam picked up the cost of all that to test us out, but yeah we see no real need right now for my son to know about it and the other part is it would be a consider pre-existing condition if he did have it so.

Neal: Are you traveling the country talking about your experiences and your progress with Onpattro from Alnylam?

Rick: I stop by radio, give telephone interviews so far. If they wanted to send me around the country, it could be a little difficult, it could be a challenge because I can’t travel long, that’s one of the downside. I used to be able to just pack a bag without notice, jump on a plane, go anywhere in the country. Nw it takes a little bit of planning and I need my wife to travel with me to help me get around.

Neal: Thank you for talking with us today. I’m glad that you took the time and gave us some insight into your experience and also to talk about your progress and the success with Alnylam’s  recently FDA-approved drug Onpattro. Thank you so much Rick for joining us today.