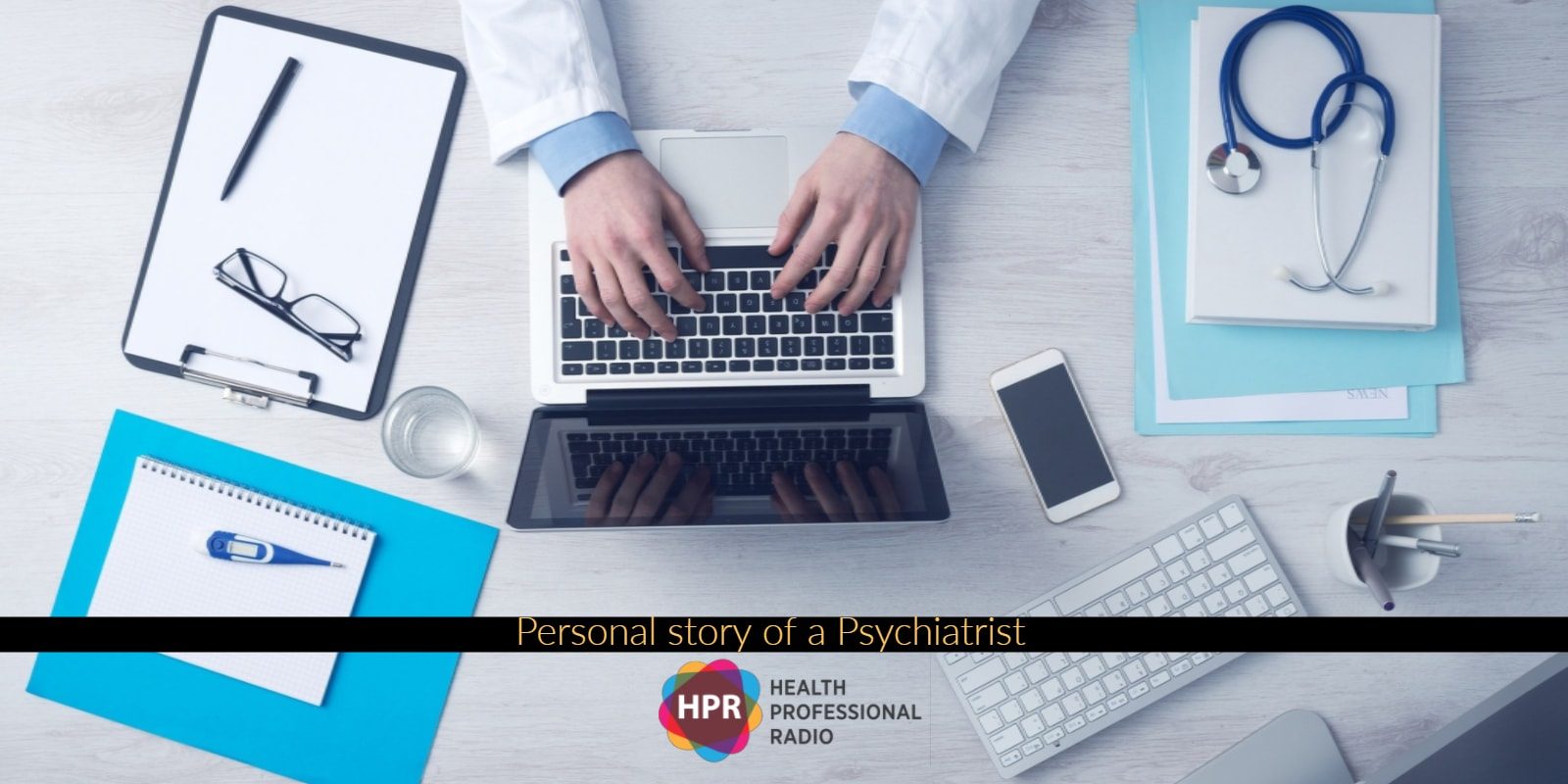 Bestselling author Dr. Edward M. Hallowell, M.D. discusses his new book BECAUSE I COME FROM A CRAZY FAMILY (June 12, 2018, Bloomsbury Publishing) that tells the story of his troubled childhood and how he beat the odds to build a successful life and career.

Dr. Hallowell spent his childhood surrounded by dysfunction – his biological father has bipolar disorder, his mother was an alcoholic, and his stepfather was abusive. Dr. Hallowell himself suffered from ADD and dyslexia. These difficult factors surrounding him have strengthened his desire to become a psychiatrist to be able help his family. Dr. Hallowell wrote this book, Because I Come from a Crazy Family, to inspire others to destigmatize the “crazy” in their own families.

Edward M. Hallowell, M.D. is also the author of another best selling book titled, “Driven to Distraction” and more than 20 books on attention deficit disorder and emotional well-being. He is a leading authority on ADHD, a world-renown speaker, the host of the podcast Distraction and the founder of the Hallowell Centers for Cognitive and Emotional Health in Boston, New York, San Francisco and Seattle.

Neal Howard: Welcome to Health Professional Radio. So glad that you could join us on the program today. I’m your host, Neal Howard. Our guest today is the best-selling author of Driven to Distraction in more than 20 books on ADD and emotional well-being in general. He’s also here to discuss today his new book ‘Because I Come from a Crazy Family’. Welcome to Health Professional Radio, Dr. Edward Hallowell. How are you today?

Dr. Edward Hallowell: Very nice to be with you. Thanks for having me on.

N: Thanks so much for taking the time. Now, you are a psychiatrist, right?

N: Now, as I said, most of our listeners are healthcare professionals but explain to our listeners who may not be familiar. What is the difference between a psychiatrist and a psychologist?

N: Now, my next question is, how on earth do you have time to write more than 20 best-selling books including your latest one that’s set to come out next month ‘Because I Come from a Crazy Family’?

E: Well, I have attention deficit disorder and the upside of having ADD is that my mind is always very busy. Well, not multitasking but very busy and so I have a lot of energy. I like to do a lot of things and it’s just I see ADHD is really a gift if you learn how to manage it right. Then so that’s why I’m productive.

N: Now, ‘Because I Come from a Crazy Family: The Making of a Psychiatrist’, what goes into the making of a psychiatrist, say from childhood?

E: Well, the point of this book, it’s the first book I’ve written that I didn’t have to give any advice. It’s stories from my childhood, all true stories and I talk about my, in fact crazy, family whom I love very much. It’s not a story of scandal and by any means but it’s a way of I want to destigmatize being crazy and these were wonderful people but they were often crazy, often drunk, often out of control, chaotic. I hope by my talking about it very openly, other people can also feel permission to be open and not feel ashamed. I’m not the least bit ashamed of the craziness. Was it was always the best kind of way to grow up? No, but I don’t think anyone has everything hoity-toity, imperfect and all tied up in a nice little bow growing up. I think most of us have families that are a little bit messy and that’s sort of the nature of childhood and the nature of families. There’s conflict, there’s disagreement, there may be mental illness and which is common and nothing to be ashamed of. I really would like to try to open a door for others to acknowledge this stuff and in a way celebrate it. Let’s celebrate the differences, let’s celebrate and not have to keep it secret. My dad had what’s now called bipolar disorder and when I was growing up it was very hush-hush and in fact once he got proper treatment he spent the last 20 years of his life teaching public school up in New Hampshire and was revered as a great teacher but it broke up the family. My mother and he got divorced and then as a result, I didn’t have the the kind of nuclear family that I might have had. Then my mother went on to marry a man who turned out to be an abusive alcoholic and and she divorced him as well and so went through two divorces. I saw the problems that can come up but at the same time, the resilience and the reaching out in other people getting involved with me and so that’s why I told the story. I want people to see that you can have various kinds of difficulties but you can also prevail and not only survive but thrive. And I went on to Harvard and into medical school and to residency back at Harvard and writing books and seeing patients. I’ve now been married for 29 years and I have three kids all in their 20s who are doing well and I was able to achieve my main goal in life which was with my wife Sue to give my three kids the happy childhood I really didn’t have.

N: It sounds like the key is family and love. You say your book is basically for the mentally ill and those that love us, okay. Everybody’s got somebody in their family but maybe lots of people. So I guess my question as maybe many of our listeners is growing up in as you say a crazy environment. What prompted you to go the way that you did rather than stay as far away from quote/unquote “crazy” as you could?

E: Well, I wanted to help the people that I came from. I didn’t want to run from them. I wanted to run to them. I loved them. I know them and I love them and they don’t scare me. They scare some people. They don’t scare me at all. I love them and I wanted to help them and I’ve spent a lifetime doing just that. The people I’ve specialized in helping attention deficit disorder, they’re not crazy, they’re quirky but they’re not crazy. ADHD is not a form of psychosis at all. So I’ve specialized in helping quirky people like me but I’m not crazy but I am quirky. The difference between quirky and crazy is, crazy people distort reality. They don’t see reality as it is and they have hallucinations and that’s sort of what psychosis means is that you distort reality in a dangerous way and psychosis is a very painful place to be and that’s kind of the definition of crazy not that common. But quirky is very common and I love quirky. I think we’ve sanitized the world too much. We need to encourage quirky and allow for more quirkiness because that really is what makes life interesting.

N: Was there any resistance on the part of your immediate family? Everybody knows everybody and all of a sudden, maybe not all of a sudden but you’re going to become a person who delves into and helps people with problems that your family has. You say the book is not a bashing book. Did anybody find, would taken aback or say, “Hey you know. I don’t want you interviewing me or anything like that for your classes or anything like that.”?

E: Oh no. Not at all. They were all in favor of it. They said yes. This is great. I mean many of the main characters have passed away and gone to heaven. So they didn’t get to veto it but they wouldn’t have vetoed it. That’s one of the wonderful things about them. They were always one for, “Do what do what you want to do.” but they wouldn’t have said “don’t” at all. They would have loved the cause. Tell people to be real. It was one of the main values my family is be real. This book is really first of all, first and foremost, it’s an entertaining book. And I hope people will read it for that reason but it’s also an encouragement for people to be real and not feel ashamed of eccentricity and quirkiness and craziness because it’s really an important part of life and in a very common part of life and a part that too often gets hidden under the clouds of stigma and shame.

N: Now, I understand your book Because I Come from a Crazy Family is due out next month. I do believe June 12 by Bloomsbury Publishing. Do you know now where we’ll be able to get it? I mean I’m sure Amazon and our online outlets. What about some brick-and-mortar? Are you going to distribute it there as well?

N: Great, Dr. Hallowell, thank you so much for taking the time today. Your brand-new book Because I Come from a Crazy Family – Congratulations on the next release and all the success.

E: Thank you so much for having me on your show.

N: You’ve been listening to Health Professional Radio. I’m your host, Neal Howard. Transcripts and audio of this show are available at hpr.fm and healthprofessionalradio.com.au.