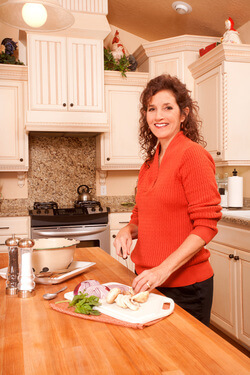 Presenter: Neal Howard
Guest: Jill Skeem
Guest Bio: Jill Skeem teaches adult and children’s cooking classes and lectures to people at companies and organizations on health and wellness. She’s a contributing writer to various publications, hosts a talk show on www.newsradio1310.com, and guests frequently on television and radio. Her popular cookbook is COMFORT FOOD GETS A VEGAN MAKEOVER, featured by Robyn Spizman on The Giftionary Show.

Segment Overview
Jill Skeem discusses “Physiognomy” (Asian Diagnosis) and how it influenced her interest in Macrobiotics, research, and writing.

Neal Howard: Hello. You’re listening to Health Professional Radio. I’m your host, Neal Howard. Our guest in studio this afternoon is Jill Skeem, certified macrobiotic health counsellor, educator, and author of the book Comfort Food: Get the Vegan Makeover. She teaches adult and children’s cooking classes, and she’s a graduate of the Strengthening Health Institute, a premier macrobiotic educational facility located in Philadelphia, Pennsylvania, and also a graduate from Ohio State University. How are you doing today, Jill?

Jill Skeem: I’m doing great.  How are you, Neal?

Neal: I’m great.  Thanks for granting us some time.  I’m interested in why you wrote your book Comfort Food: Get the Vegan Makeover.  And you also mentioned that you became interested in macrobiotics by way of a lecture that you spent a very little amount of money on but it ended up changing your life forever.  Could you talk a little bit about Asian diagnosis, please?

Jill: I could.  It’s really the art of studying facial features and your hands.  They call it physiognomy, and it’s the art of studying your features, your hands.  Colours on your skin or your face can indicate different things.  So your organs in your body are really represented by the features of your face.  So just for example, the nose, the tip part of your nose, end of your nose, represents your heart in Asian diagnosis, where the side of your cheeks is more your lungs, your chin is either your prostate or your uterus, depending … you know, male or woman.

Your lips are your digestive system, your stomach is the upper lip, and your large intestine is your lower lip.  Your bladder is the top part of your forehead.  Your liver is in between your eyes, a little bit higher than your eyes.  So it’s these things that represent that.  So when you start to see a problem on that area of your face, it can indicate something is going on inside.  It can be the first clue.

Neal: What types of thing –

Jill: And then where it is on your body will indicate what kind of food it is.

Neal: So when you’re talking about your physical features being able to indicate what’s going on with you as far as your health is concerned, what are some of the things that … well, just the face.  If I’m having a specific liver problem, say, sclerosis or hepatitis or something like that, or just a breaking down of the filtering process.  How can that be revealed, among other things, just in my face?

Jill: Well, an indication would be in between your eyes, right above where your eyebrows meet, is your liver.  So a lot of times, if you see one deep line in that spot … because a lot of people say, “Oh, I have a frown line,” that means your liver is quite distressed, is contracted.  When you see two lines, it’s not as bad.  Sometimes I’ve seen people whose liver is … where it’s expanded, which means your liver is expanded, it might have fatty tissue in it, it’s getting fatty.  Those are first signs.

A good example, and we’ve probably all seen this, is someone nose is really big indicator.  Sometimes you might see a big, bulbous nose, Bill Clinton had one.  His nose started getting larger and larger and more purple, and some people would say to me, “Oh, it looks like he’s a drinker,” and I’m like, “No, it looks like something’s wrong with his heart.”  And I’d always say that to my husband, like, “I think he’s going to have a heart attack,” and he called me one day and said, “Oh, he just had a quadruple bypass.”

When your nose starts enlarging – and we probably have seen people like this – it means their heart is expanding and overworking.  And the purple colour was showing there was low blood pressure, he’s not getting enough blood flow.  So those are indications.  If you see someone who’s got bulging purple veins on the end of their nose, it can indicate a stroke or heart attack really quickly.  They probably need help right away.

So those are things you can look at.  If this is starting to develop on your face, if you start seeing blotches on your cheeks, rosacea is almost a precursor to breast cancer.  That means there’s activity going on in your breast.  So there’s things that you can look at.  The chin, if you notice sometimes …  In the past, Rudy Giuliani, if you saw pictures of him, his chin would be red and raised.  It means there was activity going on.  He actually had prostate cancer.

Same with prostate problems with men.  The left toenail or right toenail will tell you which side of the prostate.  It’s very interesting.  And then if it’s discoloured, like it’s yellow, there’s fatty stuff going on there.  So those are things that kind of give you an idea of like when you can self-diagnosis what’s happening.  And then, when you go to a counsellor, someone like me, you would know what foods affect those things.  Because if you line people up in the same way and they have the same disease, they tend to eat the same way.  It’s very interesting.

Neal: Now, although your book has been well-received, Comfort Food: Get the Vegan Makeover, what type of reception do you get when you’re talking with other healthcare professionals about this non-traditional or Western style approach to healing?

And that’s really one of the reasons I made the cookbook, because I thought, if I can make their food healthier, then that’s one step closer to being healthy.  If you still want your lasagne but you can have your lasagne in a healthy way, why not?  And it has helped quite a few people.

Neal: Now, we hear a lot about … you said yourself you use sea salt.  I’ve heard my whole life that fish is a brain food.  What’s the importance of including sea vegetables in your diet?

Jill: Well, they contain a lot of minerals.  There’s nori.  A lot of people don’t realise when you eat sushi … and do you ever eat sushi?  You don’t have to have the raw fish.  There’s all type of sushi.  But the green nori, that’s wrapped around it, is a sea vegetable.  Do you ever eat sushi, Neal?

Jill: Yeah.  So some people don’t realise that’s a seaweed.  But that has a lot of vitamin A in it, and it’s so good for your eyes, and minerals that you don’t tend to get.  When you eat a lot of sugar, a lot of fruit, you get demineralised.   One way to bring the minerals back into your body is to add minerals to your diet, and to eat things like nori.  Some people will eat a sheet just on its own.  A lot of times, they have those snack packs now that are seasoned nori strips.  So that can give you some good minerals.

The thing with this is, you don’t want to overdo seaweed because they can block your body’s absorption of oil, and you can dry out.  You can always overdo anything, good or bad.  But it is important to add those minerals in your diet when you’re missing other things, and that’s why I use sea salt.  It has a lot of minerals in it that the other ones don’t.

Neal: You talk a lot about adding minerals to your diet.  What about supplements?  How do they play into your practice when you’re counselling someone?  Or do they play a role at all?

Jill: Not really.  I tend not to … it’s not that I don’t recommend them.  Some people, if they want to, that’s fine.  But it depends on what supplement.  Some people are deficient in vitamin D.  That’s great.  Some people are deficient in B12.  Some vegans are, some vegetarians.  It can be tough to replace the amount of B12 if you continue or not practise the best way.  So those things, I do believe in.  I don’t test them for that, but if they go to the doctor and they say that they’re short on that, then great, I have no problem with that at all.

And honestly, if people who eat meat – I’ve had some clients where maybe they didn’t want to give up their meat or chicken – I always recommend it more as a side dish size, not like a 16-ounce, 18-ounce steak or something, but more of a side dish, and then you balance it with a grain, whether it’s brown rice or vegetables or things like that.  And that’s a healthier way to eat it.  And that’s actually how they eat it in Japan – a little bit of meat balanced with other things.

But in America, we eat so much of a protein-based diet, you start to have protein-based problems.  And you can get your proteins as a vegetarian easily with beans.  There’s so many beans, with so much protein and fibre.  You don’t have a problem with that.

Neal: It’s been great having you here with us today, Jill.

Jill: Well, thanks for having me, Neal.  I really enjoyed it.

Neal: Transcripts of this program are available at healthprofessionalradio.com.au and also at hpr.fm.