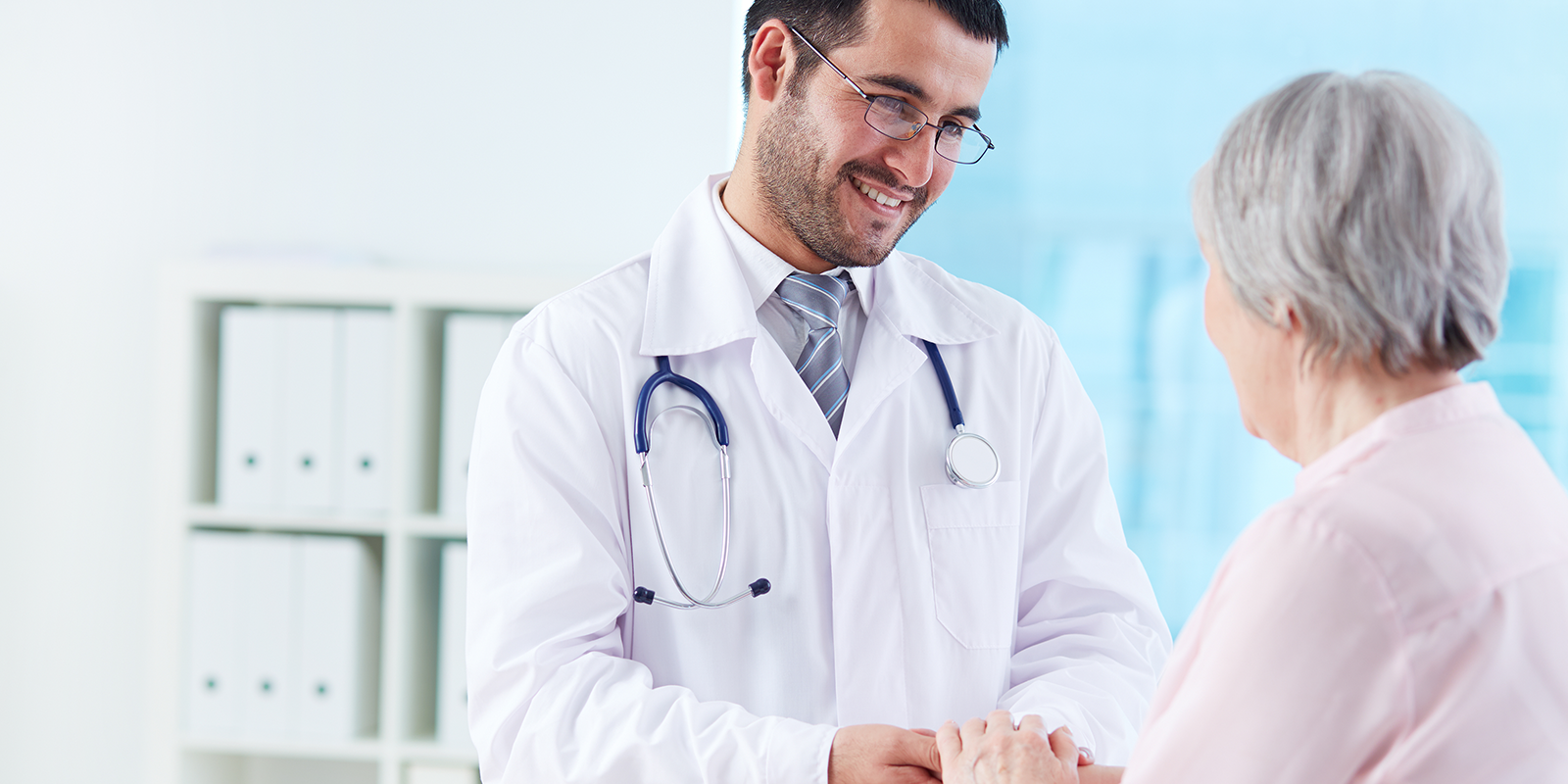 Jennifer and Dan Digmann, a married couple, discuss their life while both living with MS.

Dan and Jennifer demonstrate two different faces of Multiple Sclerosis. Jennifer was diagnosed in 1997 and has Progressive MS; Dan was diagnosed in 2000 and has relapsing-remitting MS. The Michigan couple met at a National Multiple Sclerosis Society event in 2002, were married in 2005. Since their marriage, Dan and Jennifer have both earned graduate degrees in Humanities from Central Michigan University. They also write a nationally recognized MS blog called danandjenniferdigmann.com, host the online radio show “A Couple Takes on MS” for the MS and Me Radio Network, co-wrote the book, “Despite MS, to Spite MS,” and in 2015 were inducted into the National MS Society Volunteer Hall of Fame for Advocacy.

Neal Howard: Hello and welcome to the program. I’m your host Neal Howard here on Health Professional Radio, glad that you could join us once again. Our guests are Jennifer and Dan  Digmann, a married couple who are joining us on the program today to talk about their life as they both are living with Multiple Sclerosis. Dan is living with relapsing remitting MS while Jennifer was diagnosed with progressive MS. Welcome to the program both Jennifer and Dan Digmann, thank you both for joining us today.

Jennifer Digmann: Thank you for having us.

Dan Digmann: Thank you, good to be here.

Neal: Well you’re a married couple, you’re both living with MS, two different types. How did you all get together? What circumstances drew two people living with MS together?

Jennifer: Well back in the day, I was involved with the National Multiple Sclerosis Society and planning a program to help women reclaim their goals and their dreams and their hopes that they put on hold after being diagnosed with MS and a number of men started registering for the program and one of those men happened to be this very cute man sitting over here right next to me.

Dan: And I think they forgot to put on the program that it was supposed to be for women only. I had gotten a call from somebody with the National MS Society because I led a self-help group and I think she was just like hoping to get more men to attend and when I got there, she said “Well why don’t you go and sit over there at Jennifer’s table? She’s younger and you both have MS and you might have a lot to talk about.” And so when Jennifer came up to the table, I was just like “I really need to get to know this girl, so young.” So it just kind of it kind of started from there really.

Jennifer: And ever since then, we’ve been together. So program with the National MS Society, which is one of the things that Dan and I always encourage people because MS can be kind of an isolating disease when you’re first diagnosed – is get involved. Reach out to the community and there’s so much support especially now that they’re reporting that nearly a million people in the United States are living with MS so there is support from the community.

Neal: Dan, how does your MS differ from your wife’s? And as someone who’s not living with MS, I thought that MS was MS. Enlighten me and my listeners.

Dan: They classify it, there’s like three different levels and there’s becomes really more than relapsing remitting and progressive MS. I have relapsing remitting meaning, what they think MS is like an autoimmune disease where your immune system is attacking your central nervous system where like the myelin sheath around your nerve that like it attacks it and then when it heals, it scars over and so that’s what happens is like it weakens the signal from your nervous system to your limbs and so that’s why over time the more attacks then the signals aren’t going. It’s like I’m fully I can walk and everything, Jennifer’s in a wheelchair. I’ve never known her to walk in 17 years because the signals aren’t going from her brain to her legs to say “You need to move.” And so with the relapsing remitting, it’s like you have like flare ups or episodes and then you go into remission and then you’re just not actively being affected whereas like with progressive MS, you basically are attacked and there’s like no levels of remission. It’s just like constantly doing damage. I mean but they say that they’re like right now I’m in “remission” but I mean there’s still activity, there’s always progression depending on where in your central nervous system, things are being affected.

Neal: Jennifer, talk about the support that you all give to each other. As Dan described to me,  you’re in a wheelchair, he’s in remission. You have progressive MS where you’re always in the wheelchair, is that condition going to get progressively worse?

Jennifer: Yes, potentially. I think one of the best things about having my husband as my caregiver is Dan’s a positive person and we both are living with the disease and we try and focus on what we can do to stay as healthy as possible, just to keep the disease kind of, it’s part of our life but we don’t want to make it the main focus and Dan as my caregiver helps me with things. So simple things like getting dressed or sometimes I have a difficult time getting a fork to my mouth when I’m eating and he helps at that but then it’s the same token. If Dan needs help getting things from the grocery store, I’m not working so I’m more able to go do things like that or I have a caregiver during the day while Dan is working so I just I am able to help him and he’s able to help me. I think that’s support, just emotional, we both go into a support group and some of the members of our support group are not jealous but they’re a little because we have someone … that understands what we’re going through where we talk about a symptom and our spouses totally understand it. Because a lot of the symptoms of Multiple Sclerosis, you can’t see the numbness and the tingling or the fatigue and having a spouse who’s living with the same thing, he understands what I’m dealing with and vice versa.

Neal: With that type of support, that live in, right there all the time support that you say, I can see where someone would say “I wish I had what they have.” You also do a blog that talks about the support that you give each other and I’m guessing that because you have each other, the support that you suggest to others would be I guess kind of a double whammy. A lot of people write books about supporting whatever they’re dealing with to others but it’s just them by themselves, but you’ve got each other so I guess that comes out in your blog and your radio show as well.

Dan: Yeah. I think that works and I think it all sounds well and good, having somebody that understands. But when one of us, if we both of us get sick or if one of us, we’re in a world of hurt then because I’m not able to help Jennifer with transfers. I mean I was sick earlier this year and her mom and brother had to come up and help with Jennifer and so I mean there’s that. We’d like to use the blog and the radio show just in terms of sharing our experiences to hopefully help others and give them tips and ideas for ways that they can find the support they need or ways that they can rise above the disease.

Neal: Now I understand that a few years back, you were inducted into the National MS Society volunteer Hall of Fame for advocacy, that’s a high honor. What would you tell someone who’s been newly diagnosed? I mean you were diagnosed Jennifer back in 1997 I think or something like that and you up a bit more recently Dan. What would you say that person who’s just been diagnosed and they’re still in shock?

Dan: Yeah, I would say give yourself time. I mean because it is a major shock and a major adjustment to make but at the same time, keep moving forward, connect yourself with other people and just learn more. Jennifer always talks about knowledge being power and says like “The more you know, the more empowered you are.” I mean it’s like don’t sit back and shelter yourself and isolate yourself. I think with our diagnosis, I mean my diagnosis, Jennifer’s diagnosis, I mean we talk about “Okay, well where we found each other got married, inducted in the Hall of Fame and doing this writing book writing.” But none of that would have been possible had we close ourselves off and not gotten involved, not build a community, not build a support system to make that happening. I always tell people “Don’t give the disease more credit than it deserves” and it’s just like just keep moving forward and a lot of times the things that we deal with with MS, if we talked about “Ohh I dropped something.” Obviously there’s MS, it makes you do that but the reality is people who don’t have MS drop things too. I think don’t claim exclusivity over these things that everyone experiences. I mean, yes the MS is encouraging that but it’s like believe in yourself more than you’re stronger than the disease. Does that make sense?

Neal: Absolutely. It makes a lot of sense, very well said. I thank you both for joining us on the program this morning, it’s been a pleasure, it’s been an honor both Dan and Jennifer Digmann. Thanks for joining us and I’m hoping that we’ll talk again hopefully as MS Day 2020 approaches. We just missed it with the March 28th of this year, I do believe.

Jennifer: Well that was Progressive MS day on MArch 28th is a day to honor those of us living with Progressive MS but as Dan likes to say, “We live with the disease all year-round so we stay active. We get involved in advocacy.” And on Progressive MS Day, we were all about, no I don’t want to say all about, but we were really reaching out to our community through social media and just reaching out to family and friends just because we want to say that we got this, we have Multiple Sclerosis but we are trying to move forward.

Neal: Well, again, I think both of you and listeners be sure and visit danandjenniferdigmann.com to check out their blog and get some more information, is that correct?

Dan: Thanks for having us Neal.