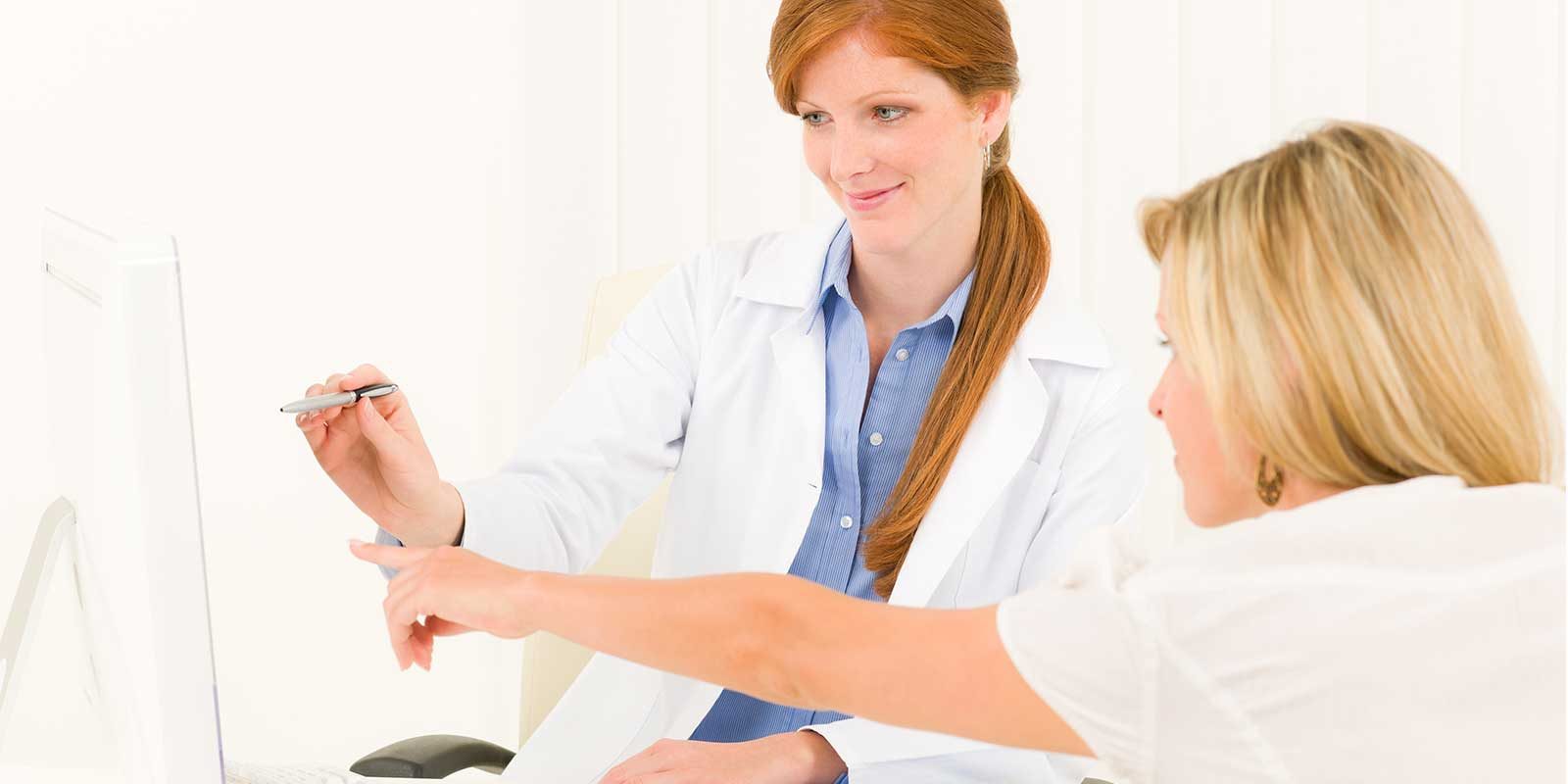 Dr. Lee treats patients at ProCure Proton Therapy Center in Somerset, NJ.  He obtained his B.S. in Biochemistry with highest distinction from the University of Virginia in Charlottesville, VA, before attending the University of Michigan in Ann Arbor, MI where he completed his doctoral thesis in cancer stem cell biology and was awarded combined M.D. and Ph.D. degrees through the Medical Scientist Training Program.  He has received several international travel awards to present his work at meetings of the International Society for Stem Cell Research. He then completed a residency in radiation oncology at the University of Michigan in Ann Arbor, MI, where he was named Chief Resident. He served as co-investigator on several clinical trials and studies utilizing advanced imaging to improve radiation treatment outcomes. Dr. Lee has presented his research findings on prostate and head and neck malignancies at national scientific meetings and has authored several peer-reviewed journal articles in top journals. His professional memberships include the American Brachytherapy Society, American Society of Clinical Oncology and the American Society of Radiation Oncology.

Carolyn is a 39-year-old mother of two and high school teacher from Langhorne, PA. She was diagnosed on March 26, 2018 with left-sided Stage 2 breast cancer. To treat her cancer, she began proton therapy a week after Thanksgiving. After 28 treatments, concluding January 10, Carolyn is doing well and sharing her story as a ProCure Patient Ambassador.

Neal Howard: Hello and welcome to the program. I’m your host Neal Howard here on Health Professional Radio, glad that you could join us once again. My guests today are radiation oncologist Dr. Jae Lee and he’s joined by Carolyn Graham, she’s a breast cancer survivor. And I will let Dr. Lee and Carolyn introduce themselves more in depth and we’ll jump right into our discussion this morning, a brief discussion about proton therapy and the patient experience with that therapy. Welcome to the program both Dr. Jae Lee and Carolyn Graham.

Dr. Jae Lee: Thank you for having me.

Neal: Dr. Lee, I did mention that you are radiation oncologist. A bit of background about yourself, I know that you’re treating patients at ProCure Proton Therapy, where is that located?

Dr Lee: Yes, so ProCure Proton Therapy Center is located in Somerset, New Jersey. I treat patients there and also through Princeton Radiation Oncology through a number of practices throughout New Jersey.

Neal: Was that your first love going into medicine, was oncology?

Dr Lee: So during medical school, I was very interested in any type of oncology or cancer related field and once I did my rotation through radiation oncology, I really did fall in love with it and it really just blends a lot of advanced technology, a lot of time talking with patients, getting to know them, developing long-term relationships so it was just a perfect fit.

Neal: Now Carolyn, I understand you were diagnosed with breast cancer last year. Give us a bit of background about yourself and talk briefly about your diagnosis.

Carolyn: Sure. So it’s actually coming up on almost a year, it will be a year on Tuesday that I was diagnosed. I actually just did a self check and found a lump and because I’m under 40, I had never had a mammogram done and everything and so it was one of those things where everyone kept reassuring me that it wasn’t going to be cancer because I was young and unfortunately, that wasn’t the case. So I was diagnosed Stage 2 and the metastasis to the lymph nodes and I was diagnosed as ER positive HER2 negative.

Carolyn: Proton therapy was suggested by my doctor because it was the left side, because I was young. Standard radiation put a breast cancer patient especially on the left side that’s being treated are more at risk for heart issues down the road whereas it was explained to me that was proton therapy, those risks would be not as severe and would be minimal.

Neal: Dr. Lee, proton therapy, she’s talking about it not being as I guess destructive as a radiation therapy? What is proton therapy? How does it work and why, other than what Carolyn has described, what made her a better candidate and what circumstances could have existed to make her not a candidate?

Dr Lee: Yeah, that’s those are good questions. So proton therapy is a form of radiation. It uses high-energy particles instead of conventional x-rays. The issue with x-rays is that they tend to go through and through the body and during that entire path, it deposits radiation dose. So we’re able to sculpt the dose to the tumor, the tumor bed with conventional radiation but it often exposes the surrounding normal structures to low to moderate doses. Proton therapy has a unique property that allows the dose to be deposited exactly where we want it to go and will leave no exit dose. So patients who have left-sided breast cancers like Carolyn, the biggest benefits we believe are to spare organs like the heart…

Neal: Talking about the upper torso, what about other types? Neck, head maybe in a hand, is there other types of cancers that don’t work at all with proton therapy? Or are they not needed?

Dr Lee: Well proton therapy can be considered for almost any type of cancer. It really just depends on the unique patient anatomy and the organs that are nearby that we worry about. So sometimes when we treat cancers in the extremities, where there may not be a significant amount of sparing of other organs then sometimes we think that the benefit of protons may be a little bit more borderline. But even in those cases, the total dose that’s delivered to the normal surrounding tissues is always lower with protons and that can have significant benefits particularly in patients who are younger, who we expect to live many more decades like Carolyn.

Neal: Carolyn, being as young as you were when you were diagnosed, had you had any experience with cancer, breast cancer specifically cancer in general? Did you know of anyone who had been through traditional radiation or chemotherapy? Did you have anything to compare it with or was this therapy, did it all make sense to you immediately?

Carolyn: When I was diagnosed, the only people I knew who had breast cancer were people that were significantly older than I was. I didn’t know anyone my age, some people, women more in their 50s or 60s that had gone through treatment. So as far as proton therapy, it was something that really wasn’t even on my radar until I was diagnosed and then it was just recommended because of my situation that this was the best option for me.

Neal: Have you discussed, I mean like you’re doing with us today, talk to other people about the benefits of proton therapy as they relate to your personal experience?

Carolyn: Absolutely. I can’t rave enough about it. I consider myself very, very fortunate and just I talk to people all the time. I mean the proton therapy yes, but ProCure itself as a whole too, was just an amazing facility and Dr. Lee and all the nurses and everyone there as well. I mean I just was very fortunate in my treatment that it just worked out the way that it did. I have a colleague of mine whose sister was just recently diagnosed with breast cancer and I was like “I know the perfect place for you to go with a couple of radiation” and I’ve given all the information and everything and she actually doesn’t even live too far from Somerset so we’ll see but it’s definitely something that I talk about all the time.

Neal:  Dr. Lee obviously there’s aftercare involved. Talk about the after care provided by ProCure and talk about the significant differences between traditional radiation therapy, aftercare and proton therapy?

Dr Lee: Sure. So that’s right, the proton therapy is really just the beginning of a long-term relationship because after treatment, the survivorship is really what the majority of patients spend their lives in. This typically requires regular follow-up visits for clinical exams, for other types of cancer. Sometimes we use scans, sometimes we rely more on physical exam and we coordinate this follow-up with not just ourselves, the radiation oncologist, but all of the other physicians on the multidisciplinary team like the surgeons, the medical oncologist. In Carolyn’s case particularly, she’s currently in the endocrine therapy portion of treatment and so she’ll be following very closely with us, with her medical oncologist. The follow-up between proton therapy and conventional radiation is not all that different because proton therapy really is a type of radiation. One that’s more advanced and allows us to spare the normal tissues better but in terms of what we wanted to do, in terms of treating the cancer while minimizing side-effects, it doesn’t change the follow-up.

Carolyn: Sure. Fortunately for me, I lived only about an hour away so I didn’t need to seek out like a long-term place to stay. But during my treatment, I did meet people who came from all over from California, from Texas, I know there was even one who came from Israel and so I know that there were plenty of services. They would have like dinner meet and greets through a local restaurant, they’d invite people out to just have dinner and socialize together and then when we finished treatment, they had a nice little ceremony where we invited our family and they provided lunch and they did presentations and they give us all coins that represent who we are and our strength and it’s a very, very family-oriented facility that focuses on the whole person and not just a patient.

Neal: And Dr. Lee, where can our listeners go and get some more information about your practice there at Procure Proton Therapy Center in Somerset, New Jersey?

Dr Lee: Sure. So there’s procure.com/New-Jersey-Explore or just to look it up on Google and it will show up as one of the first results.

Neal: Well I thank you both Dr. Lee and Carolyn Graham for joining us on the program. It’s been a pleasure speaking with both of you.

Dr Lee: Thanks very much Neal.

Carolyn: Thank you so much.