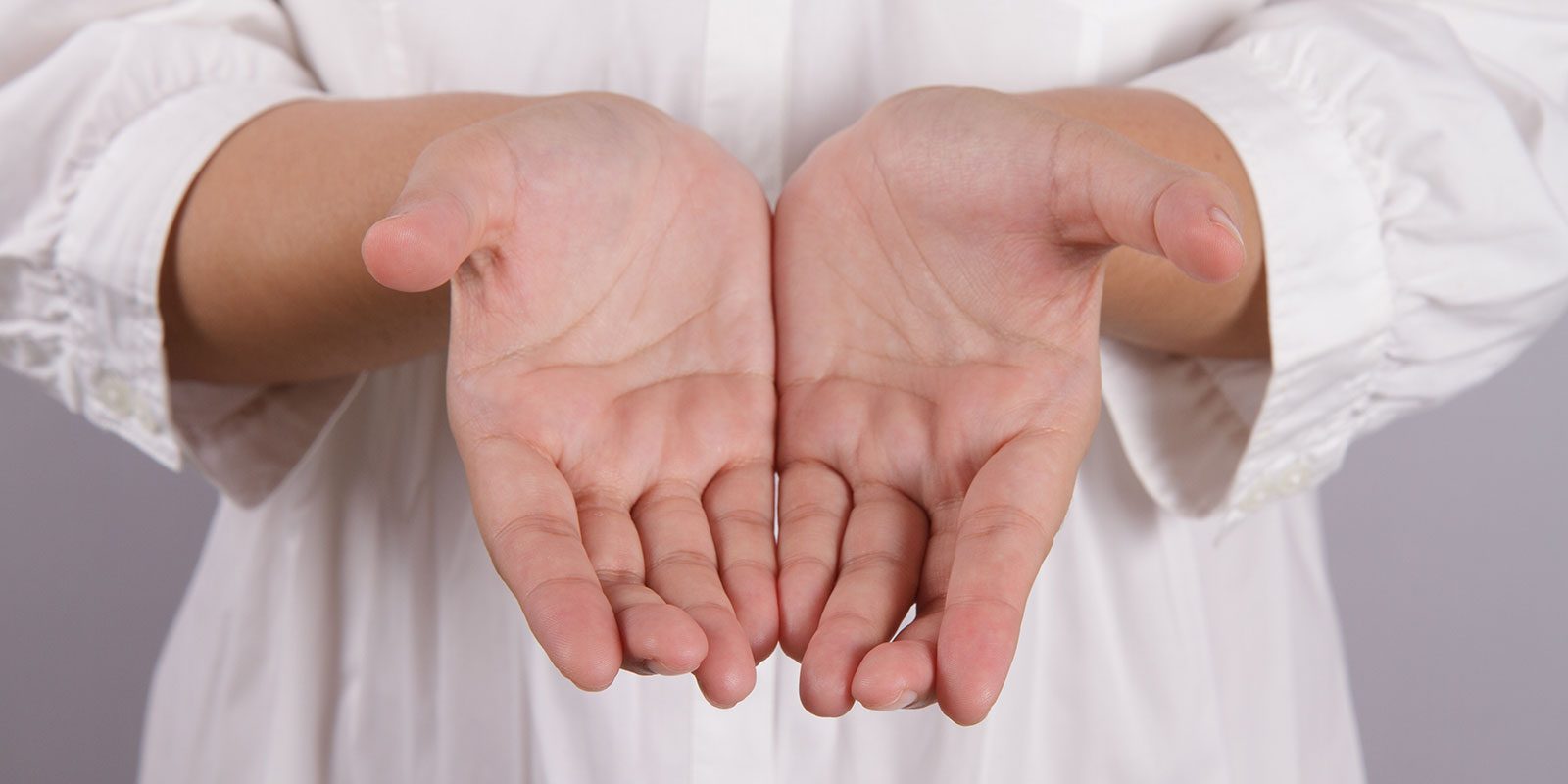 TV host and fashion journalist, Louise Roe, shares her psoriasis story as part of the INSIDE PERSPECTIVE Campaign brought to you by Celgene, the makers of OTEZLA® (apremilast).  She is joined by Dr. Gary Goldenberg, Dermatologist; Assistant Clinical Professor of Dermatology at The Icahn School of Medicine at Mount Sinai Hospital in New York City.

Louise began her career as the news editor for Vogue.com, in London. She has since written for publications including Elle UK, In Style UK, People Stylewatch, CosmoGirl NL, Luxdeco Interiors magazine, and Martha Stewart Weddings. Louise released her first non-fiction book, Front Roe in spring of 2015. Louise is also known for hosting MTV’s makeover show “Plain Jane,” Fox Asia’s “Fit For Fashion,” and the red carpet coverage for NBC’s “Access Hollywood”. Her passions include skiing, high heels, cocktails, old movies and working as an ambassador for MTV’s Bullied campaign, and Step Up Women’s Network, an organization which helps underprivileged girls achieve their college and career goals. Louise currently resides in Los Angeles with her husband Mackenzie. She has more than 1.5M followers on her social media channels.

Dr. Gary Goldenberg is a medical and cosmetic dermatologist and an Assistant Clinical Professor of Dermatology at The Icahn School of Medicine at Mount Sinai Hospital in New York City. He is also the former Medical Director of the Dermatology Faculty Practice at The Mount Sinai Medical Center. Dr. Goldenberg received his medical degree from Temple University School of Medicine. He completed his Residency in Dermatology at Wake Forest University School of Medicine and Dermatopathology Fellowship at University of Colorado Health Sciences Center Board Certified in both Dermatology and Dermatopathology, Dr. Goldenberg provides comprehensive dermatological care in medical and cosmetic dermatology, including BOTOX® and filler injections, laser surgery, skin cancer, nevi (moles), psoriasis, acne, rosacea, eczema, and sexually transmitted diseases.

Neal Howard: Hello and welcome to the program. I’m your host Neal Howard here on Health Professional Radio, glad that you could join us. I’m going to be speaking today with TV host and fashion journalist Louise Roe as shares her psoriasis story as part of the Inside Perspective Campaign that’s brought to you by Celgene, the makers of Otezla. And she’s joined today by Dr. Gary Goldenberg, he’s assistant clinical professor of dermatology at the Icahn School of Medicine at Mount Sinai Hospital in New York City. Welcome to the program both Louise and Gary, how are you?

Dr. Gary Goldenberg: Thanks for having us.

Neal: Great, glad you could join us today and take the time. Talking about psoriasis, Dr. Goldenberg, what is plaque psoriasis? Explain it to our listeners.

Dr Goldenberg: Plaque psoriasis is the most common type of psoriasis. It affects approximately 7 and a half million people in U.S. alone and these patients usually suffer from red scaly plaques that are itchy or painful or just simply irritating and it’s a little more common skin conditions that we see in dermatology.

Neal:  Louise, your television host. How has psoriasis affected you and were the symptoms that Gary was talking about, are those the same symptoms that you experienced?

Louise: Yeah, they’re all the same symptoms. And with psoriasis, you always have it. It’s a genetic condition rather than something that’s contagious and so it starts on the inside of the body. So I will have long periods where there’s nothing showing up and then suddenly, I’ve got a flare up and I never know how long that’s going to last or where it’s going to be so bring in the fashion industry and on TV, it can be tricky because for example, I do a lot of red carpet reporting like the Oscars or the Golden Globe which is really great and then you’ve got the dress of your dreams and then suddenly, you’re going to have to cover up an area of your body. Really, it can be quite gives me anxiety and I know a lot of other fellow psoriasis sufferers have the same lack in confidence or they suddenly might cancel a social engagement or not feel like they’re able to perform a job to the best of their ability because A: there’s a social stigma you’re trying to hide parts of the body but B: it’s also very uncomfortable, it can be completely debilitating with the flares ups.

Neal: When you started experiencing symptoms, were you young or did this happen as you were in your television career? Did you have time to adjust to some of the things that you were just talking about?

Louise: That’s a really good question. I was in my 20s, so I just got out of college and I was running around London… I was super ambitious, having the time of my life and I’ve got a great job at a women’s fashion magazine but the hours was extremely long and I stressed out and I think I realized and that manifested itself physically. And no, I didn’t have any time to adjust and I think that is what’s awful about psoriasis and can make it quite difficult and that’s why we’re here today to sort of support, guidance and information and proper information. It was that I was suddenly with having to deal with psoriasis and I did ignore it for a little while and I’ve since learned that a lot of people do that. They kind of think it might go away on its own and just like wish it away but that unfortunately, is not going to happen and so seeking medical care and going to your dermatologist is the best thing you can do.

Neal: Dr. Goldenberg, when someone does seek that medical advice as Louise is talking about, what are some of the ways that folks with plaque psoriasis can manage the disease?

Dr Goldenberg: I talk to my patients about what I call a holistic approach which includes things like diet, lifestyle modification and then there’s a whole host of medications that are approved by the FDA and we start from topical creams and lotions to tablets and pills such as Otezla … and a host of biologic injections. And I think one of the most important things for your listeners to realize is that majority of patients in the U.S. that have moderate or severe psoriasis which is sort of the more severe types of psoriasis are either untreated or undertreated. And I think that a lot of patients have lost hope or don’t think that there’s anything out there that can work so I would encourage them to see their dermatologist and formulate a treatment plan that’s right  for them and they can also go to psoperspective.com to get really good medical grade information that’s correct and that’s been vetted.

Neal: Louise as someone who’s in the public eye on a daily basis as most of us are not, what message do you have for those of us who are dealing with plaque psoriasis whether at home, school or as yourself in the public eye?

Louise: That you are not alone. Seven and a half million people in America is a huge huge statistic and actually is possibly a lot lower than it actually is. And I think I just love people to know that there are things they can do to feel supported and they can go to psoperspective.com to hear more about my story also on my personal blog louiseroe.com I’ve written about this and I’m answering questions and comments from my perspective and at the same time psoperspective.com is giving real medical advice.

Neal: Great. And Dr. Goldenberg, where can our listeners go and learn more about the Icahn School of Medicine Department of Dermatology?

Dr Goldenberg: Well they can certainly google the Icahn School of Medicine and there’s a lot of information on the department there. But I think what’s really important for your listeners,  especially those who have psoriasis or know somebody that has psoriasis, for them to seek help because there’s a lot of great treatment options available now.

Neal: Well I thank you both, I appreciate you so much for talking with me this morning Louise Roe and Dr. Gary Goldenberg. Thank you both for joining us on Health Professional Radio.