Role of Niagen (B3 Vitamin) to Breastfeeding Rodent Mothers 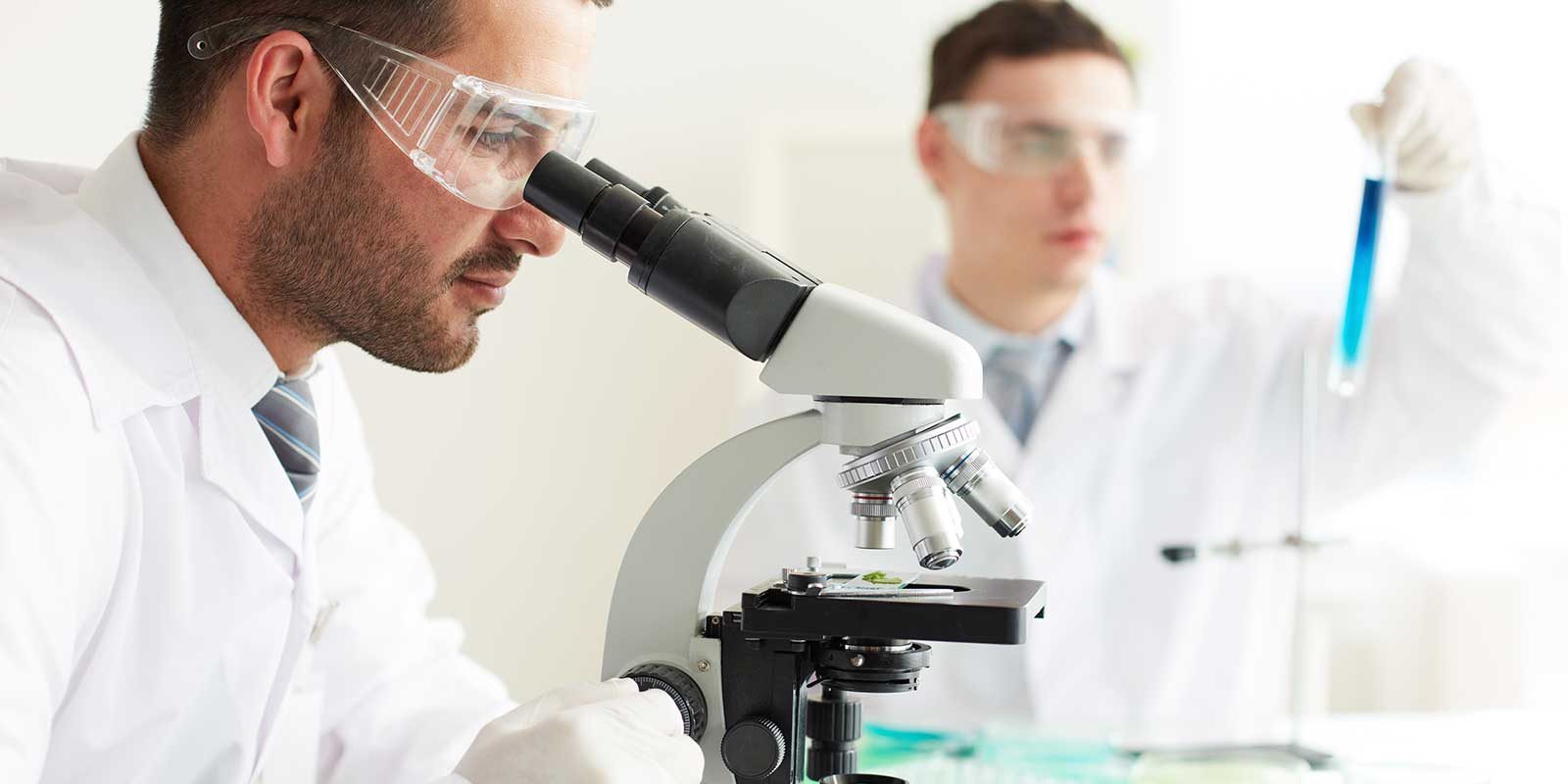 Dr. Charles Brenner, Chief Scientific Advisor at ChromaDex, and the Roy J. Carver Chair & Head of Biochemistry at the University of Iowa discusses a landmark first-of-a-kind preclinical study on lactating and breastfeeding rodent mothers that received a supplement of NR, nicotinamide riboside (Niagen) a unique B3 vitamin.

Dr. Charles Brenner is the world’s leading expert in NAD metabolism and the discoverer of nicotinamide riboside (NR) as a vitamin. He is a native New Englander who earned his bachelor’s degree at Wesleyan before spending 5 years in biotechnology at Chiron and DNAX in the San Francisco Bay Area. He then did his PhD in cancer biology in the biochemistry department at Stanford and his post-doctoral fellowship back at Brandeis. He has held independent faculty positions since 1996, first at Thomas Jefferson (Kimmel Cancer Center) and then at Dartmouth (Norris Cotton Cancer Center), where he rose through the professorial ranks, held multiple leadership positions and established himself as an expert in the function of proteins that bind to nucleotides. In 2004, Dr. Brenner discovered the NR kinase pathway to nicotinamide adenine dinucleotide (NAD), the central catalyst of metabolism, identifying the unanticipated genes and enzymes that make use of NR in organisms from yeast to humans. He lectures globally on NAD metabolism and currently serves at the Roy J. Carver Chair & Head of Biochemistry and as the founding co-director of the Obesity Research & Education Initiative at the University of Iowa.

Neal Howard: Welcome to Health Professional Radio. I’m your host Neal Howard, thank you so much for joining us on the program once again. Our guest is Dr. Charles Brenner, he’s Chief Scientific Adviser at ChromaDex and the Roy J Carver Chair and Head of Biochemistry at the University of Iowa and he’s joining us here on the program to talk about a landmark first-of-a-kind preclinical study on lactating and breastfeeding rodent mothers that received a very unique B3 vitamin. Welcome to Health Professional Radio Dr. Brenner, thank you so much for taking the time today.

Dr. Charles Brenner: Very pleased to be with you.

Neal: Well if you would, just a brief background about yourself. I did mention of course your position there at ChromaDex.

Dr Brenner: Yes. I’m a metabolism researcher and I’ve devoted the last 15 years or so to try and to understand NAD (nicotinamide adenine dinucleotide) which is the central catalyst of all the metabolic processes that occur in all of ourselves.

Neal: So first of all, why the study of this B3 vitamin?

Dr Brenner: Sure. So about 15 years ago we discovered that there is yet another vitamin precursor of NAD, the compound is called nicotinamide riboside or NR, you can find it actually it’s been commercialized for human beings as a supplement called Niagen or Tru Niagen and essentially what we have found is that NR is what damaged cells are looking for when they’re under metabolic stress so we’ve seen a number of different diseases and conditions in animal models like heart failure and neurodegenerative conditions in which NAD, the central regulator of metabolism is under attack and NR restores NAD and restores tissue function. And what I was doing in this most recent study was questioning whether postpartum which is a condition that every mom has gone through as many times as she’s had her kids, whether postpartum is a metabolic stress on the NAD system and whether NR would address that and what we found was really quite remarkable.

Neal: So what did you find? I mean are we talking specifically to mothers who have been, who are going through postpartum?

Dr Brenner:  Okay, so when I say postpartum as a metabolic stress, note I didn’t say postpartum depression, I said postpartum which means every time a mom has given birth, her body is refashioning itself over the previous nine months she created a whole other human being, right, that’s a metabolic stress and then the fact that she has just had a baby and her body is getting itself back in shape again and if she’s breastfeeding, she’s providing all the macronutrients and the micronutrients for her young one. So we’ve decided to look at this in rodent models and what we found is that after a mouse or rat mom has given birth, her liver and you know how important the liver is to metabolism right? So her liver which is the site of much of our fuel oxidation, protein, fat and carbohydrates are turned into energy for the whole body there, her liver is under a type of stress where it is releasing NAD metabolites through the rest of the body and the mammary is expanding not only in size and the capacity to produce milk but the mammary is getting these NAD metabolites from the liver. What we found is that if we supplement these moms with NR, we can get the liver back to the state it was without having been pregnant. At that point the rodent mom is producing more milk, she’s losing her baby weight essentially much more rapidly and not only is she producing more milk, but she’s producing better milk such that her offspring are developing smarter, stronger and more resilient into a more resilient adults even into adulthood when they’re long been separated from their mom. So it was really quite a remarkable thing that we discovered that maternal and childhood health could potentially benefit from NR.

Neal: So what about the prenatal vitamins that we’re currently using in just about every pregnancy that I’ve ever heard of? Those vitamins, don’t they contain b3 vitamins as well?

Dr Brenner: So the key that has been developed is really folate, right? So folic acid deficiency during pregnancy will predispose to neural tube closure defects, right, so in the absence of folic acid there’s a lot of cleft palate, there’s a lot of neurodevelopmental problems for the kids and there may be a sort of generic, nicotinamide or nicotinic acid which are the two common forms of B3 in a prenatal supplement but not particularly large amounts. And what we found in our study is that the B3 system is specifically under stress and that just as there’s a really strong use case for folic acid, there is a potentially a very strong use case for nicotinamide riboside in pregnancy and in postpartum. Now of course our study was done in mice and rats and we’re doing the research planning now for clinical studies that will test the safety and the efficacy of NR for human moms.

Neal: In this study, did you notice whether or not the time of breastfeeding was  lengthened or shortened? Did you notice that the offspring were attracted more readily or more often with the implementation of this new compound?

Dr Brenner: That’s a great question so we actually looked at that and we found that for the moms that were on NR, they were producing more milk and they were actually spending more time nursing and doing what’s called ‘arch back nursing’ which is the behavior in which mom has her pups as we call the rodent babies, underneath her in the kind of the most kind of loving  and developmentally important way and so there’s more time of nursing when the mom is on NR. Now that could just be a consequence of the fact that if the mom’s producing more milk she wants to have the kids around more. I think in a human context, potentially a mom would be more efficient, right, if she has more milk than she would probably be able to get her nursing done in a more manageable amount of time but that’s something that we’re going to be testing in humans in upcoming months.

Neal: You mentioned losing the, lack of a better term the ‘baby fat’ quicker, producing better milk. What about fertility, were these subjects more fertile faster after pregnancy?

Dr Brenner: You’re asking all the right questions. So I have an OBGYN fellow in my laboratory right now, Dr. Abigail Mancuso, and she is looking precisely at that and in fact she’s looking at some moms that have metabolic conditions that depress their fertility to see whether NR can  protect their ovarian health and their ability to get pregnant and to lead productive pregnancies so that’s something that we’re very much engaged in right now.

Neal: Well Dr. Brenner as Chief Scientific Officer there at ChromaDex, we’d love to get much more information about ChromaDex and the research that you’re involved there. Where can we go online and get some more information?

Dr Brenner: Terrific. So my laboratory website is brenner.lab.uiowa.edu, my Twitter is @CharlesM as in Michael Brenner and then you can find out more about Niagen at truniagen.com or aboutnad.com

Neal: Thanks for joining us on the program today Dr. Brenner, hoping to talk to you again in the future.

Dr Brenner: Thank you so much.