Sanovas Inc.: Innovators for the Treatment of Lung Cancer 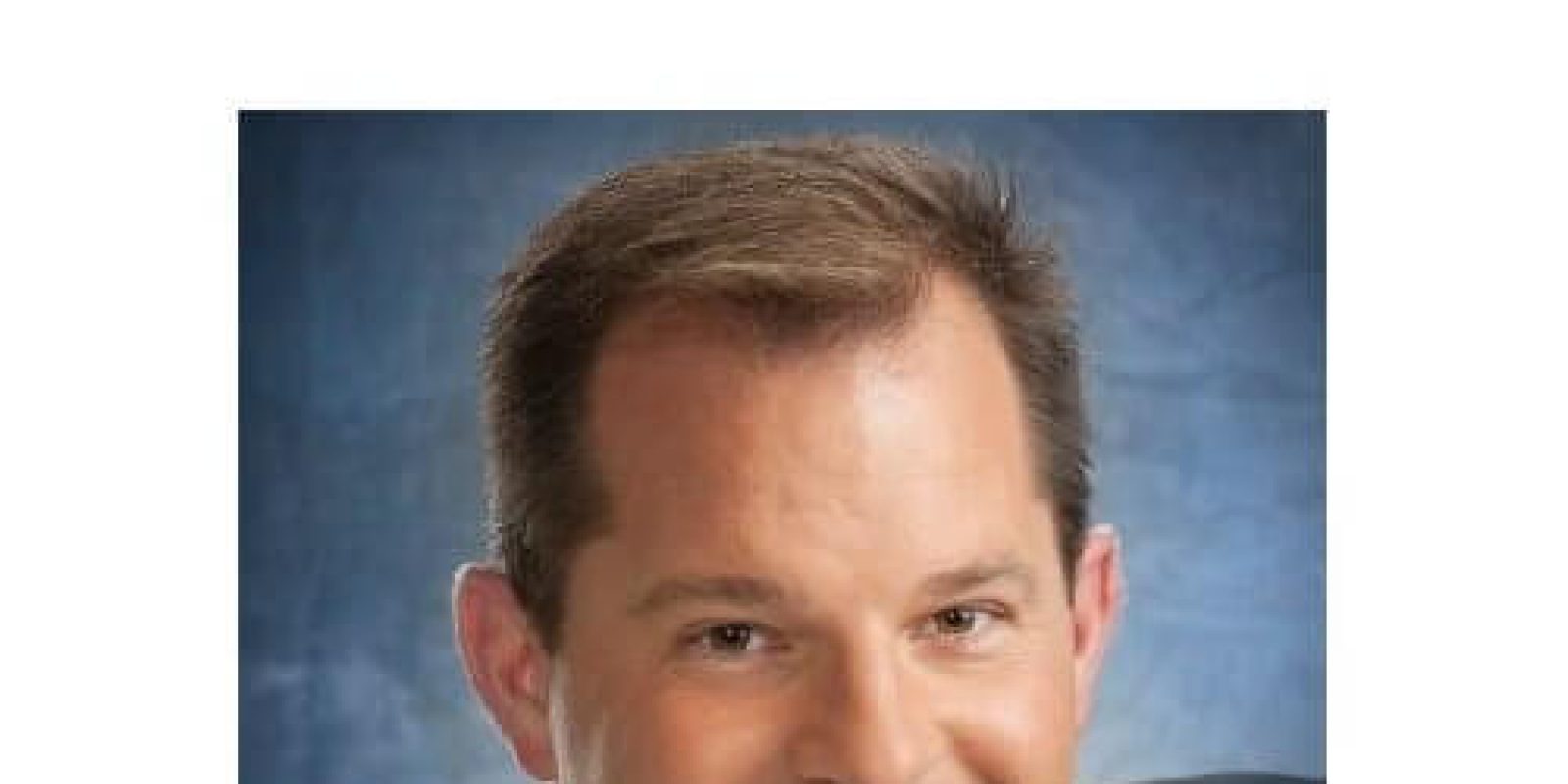 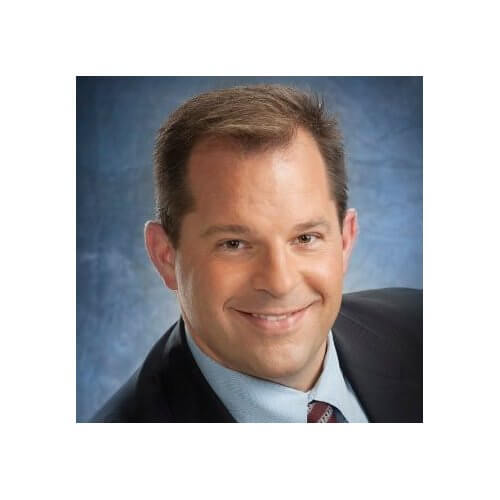 Presenter: Neal Howard
Guest: Larry Gerrans
Guest Bio: In addition to writing “over 100 patents”, as the Founder, President & CEO of Sanovas, Inc., Larry Gerrans has been leading a group of innovators developing groundbreaking interventional technologies to treat the diseases of the Lung and to cure Lung Cancer.

Neal: Hello and welcome to Health Professional Radio. I’m your host Neal Howard. Thank you so much for joining us today. Lung cancer is the number 1 cancer killer in the United States, the number two killer in the United States. Of all deaths, lung cancer is the number two killer. Our guest in studio today is Larry Gerrans. He’s the founder and CEO of Sanovas, a life sciences holding company based in San Rafael, California focused on developing new technologies to treat lung cancer. He is very passionate about curing lung cancer. There are new technologies emerging, new procedures, new drugs to combat this disease and our guest is in the forefront of developing these new technologies. How are you doing today Larry?

N: As the founder and CEO of Sanovas, you’re involved in developing new technologies in order to treat lung cancer, being very passionate about it due to experiences with the disease in your own life and with those around you. You saw an opportunity or a basically a need for new technologies, minimally invasive technologies, in particular. When it comes to the traditional treatments for lung cancer, what were some of the problems that you saw when you dealt with those treatments?

L: Sure. Well, we found that most procedures are being treated in major surgical invasive ways which is they open the chest cavity and operate in the lung which came with a significant amount of post-operative morbidity of tissue and a lot of scarring, a lot of complications, and/or if that wasn’t the solution, the patients are being palliatively medicated and sent home or sent to hospice because of the lack of small diameter sophisticated technologies that could access the lungs minimally invasively to diagnose and treat these pulmonary diseases. And so, we embark upon a journey to create a small diameter instrumentation to access the lungs which included us developing in a not entirely new class of catheter based technologies to image the lungs. Which, again, created an entirely new class of surgical cameras and to measure the pathology that’s found in the lungs to provide doctors an intuitive command to the operative anatomy so that they can understand the integrity of the tissue and pathology and the dynamics of the airways. And then, once we could access image and measure which is the aim method that’s proprietary to our technologies, that allows the doctor to then diagnose the lungs and we’ve developed some sophisticated biopsy technologies to help them collect large cell samples so that they can understand the immunology in the lungs and the pathology that’s found there. So, for personalized medicine, they can actually understand how the body’s immune system is actually fighting the disease. And then they can develop the specific patient centric treatment regimens to then go in and treat that particular cancer to help fortify the body’s immune system in addressing it. Then the holy grail of our pursuit was this locally delivered targeted drug delivery therapies which we call “patient friendly drug delivery solutions” that mitigate the systemic toxicity that we are all too familiar with when it comes to chemotherapeutic solutions and radiation oncology solutions. So, for us to actually access image, measure the lungs, diagnose them and come back with the specific targeted drug delivery that would kill the tumor locally, was the ultimate solution that we’re delivering.

L: Much smaller. I’d say, your trachea is about 2cm. When you get into the airways, the diameters of those airways go from about a centimeter to 2cm down to as small as 1mm when you get out to the alveolar anatomy.

N: Are you able to operate in that smaller area? Are you talking 1mm?

L: To varying degrees of capability with regards to size. So I think for us, we’ve mastered intervention, some of the larger airways and the segmental airways and we’re moving down into these smaller diameter airways that are up to 2-3mm diameters which is very, very small, those are the bronchioles. And then we got imaging technologies and some other therapeutic technologies that can actually get out to the alveolar structure which are about a millimeter in diameter. So we’re doing a very good job of being able to improve diagnostic and therapeutics throughout the entire lungs.

N: Now, you mentioned drug delivery systems a moment ago. Are these delivery systems consistent with what’s we normally use in drug therapy treating lung cancer? I guess, for pain or immune boosting or things of that nature – are we talking about improved delivery system for those drugs as well?

L: Yeah. In fact, there’s a number of drugs that have been found to be quite efficacious in treating cancer and in reversing hypoxia and therapy resistant tumors. Hypoxia is a condition of tumor pathophysiology where these tumors lack oxygen at the molecular level. So consequently, one just being able to access the airway to get to these tumors, to measure the partial pressure of oxygen has always been a challenge. And part of our diagnostic solution are actually to measure partial pressure of oxygen to discern the hypoxic measure of the tumor. So that we can reverse the hypoxia in the tumor so that some of the platinum-based drugs and toxal based drugs that have been found to be quite efficacious at killing tumors but were found to be too systemically or cardiologic toxic and were consequently put on the shelf and had fallen out of favor with the clinical establishment. We can actually recover those drugs and put those drugs back to use right now. They’re what we call a “patient friendly targeted drug delivery program” where we can deliver these high dose the platinum-based and toxal based drugs directly to targeted tumor and to target anatomy that does not cause the systemic toxicity that we’re all too familiar with that makes your hair fallout, etc.

N: Uh huh, great. Are you talking about a coupling of old and new technology? Because, obviously, there must be a place for the older technology in certain cases or are we talking about doing ways whereas you’ll do way with the old completely no matter what the circumstance? Are you gonna work on all sorts of lung cancers and COPD and things of that nature as well as heart disease too?

L: No, I think that it’s a combination of both. I mean there’s some legacy technologies that are no longer viable clinically. Those affected large diameter devices and there are some drugs that are no longer viable clinically, it’s been proven over time. However, there are actually a significant amount of drugs that have been developed historically that can now be re-purposed for local and targeted delivery. And these are the drugs that were found to be quite efficacious at killing cancers and reversing hypoxia, i.e. bringing oxygen to these tumors but were found to be too systemically toxic to be delivered via intravenous injection or oral pill. So by re-purpusing those types of injectable and pill-based technologies into a high dose locally concentrated drug delivery targeted to that actual tumor in the periphery of the lung. We can now go out and kill these tumors in the periphery before they manifest into stage four, that ecstatic tumors.

N: Great. You’ve been listening to Health Professional Radio. I’m your host Neal Howard. We’ve been in studio today talking with Larry Gerrans, inventor of breakthrough medical technologies and the president and CEO of Sanovas Incorporated. We’ve been here talking about some of the problems associated with traditional lung cancer treatments as those problems are associated with the actual mechanical tools involved, the drugs and to delivery of those drugs. And also how Larry’s company, Sanovas Incorporated, is working so that minimally invasive techniques can be implemented worldwide. It’s been great talking with you today Larry.

L: Thank you very much for having me Neal.

N: Thank you. Transcript and audio of this program are available at healthprofessionalradio.com.au and also at hpr.fm and don’t forget that you can subscribe to our podcast on iTunes.