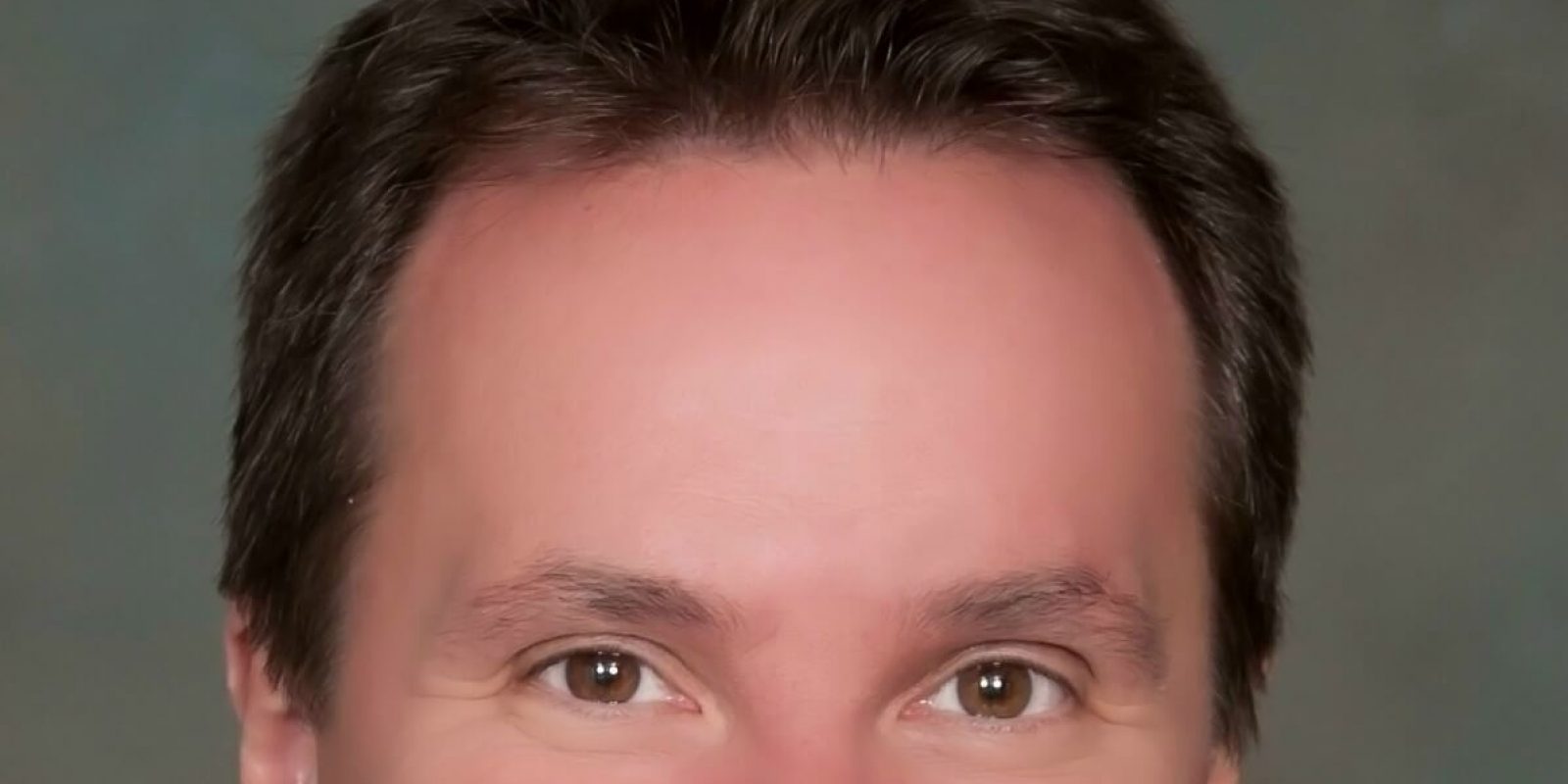 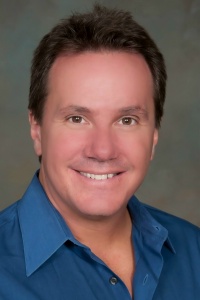 Segment overview: Scott Spackey, Certified Addiction Treatment, Private Practice Counselor (CATC) and author of the book: A Stone’s Throw—Memoir of a Dope Fiend, discusses how to recognize when a particular addiction recovery plan is or will be ineffective and why. Also discussed is is the importance of matching treatment not only to a specific drug but, a specific personality as well.

Neal Howard: Hello and welcome to the program, I’m your host Neal Howard. Thank you for joining us here on Health Professional Radio. Our guest in studio today is Scott Spackey, Certified Addiction Treatment Counselor in private practice and has been for upwards of 12-13 years now. He’s also an author, author of the book A Stone’s Throw: Memoir of a Dope Fiend and he’s in studio today with us to discuss how to recognize one of a particular addiction recovery plan is or will be ineffective and why it will be ineffective. We’ll also touch on the importance of matching treatment to only to a specific drug but also to a specific personality as well. Welcome to the program Scott.

Scott Spackey: Thanks for having me back Neal, I always enjoy talking to you.

N: Thank you so much. You’ve got several books out, now one of which being A Stone’s Throw: Memoir of a Dope Fiend. Intriguing title, talk about the book, why did you write it and who’d you write it to Scott?

S: I wrote that basically to purge my soul. I did not realize before I wrote it that I was turning around a lot of weight in my spirit and as I started even writing the first handful of words for that book I felt like somebody had removed a demon from my spirit like was being purged and it was liberating and I was addicted to that and so it was very powerful and so I surrendered into it and it was just something that you could say in the sense I had to do it. I was in such an unrestful, unpeaceful state of being that the only thing that solved it and I did not know what was causing me the spiritual unrest until I start to write that book and the moment I started to, all of these feelings of fulfillment and relief took place.

N: Now you’re in recovery as we speak and you’ve been cleaned for upwards of 20 years. You’ve talked about drug use and recovery in your books. Talk about how some of your books have been received when you talk so descriptively about your use, the acquisition of these drugs. I mean it is the memoir of a dope fiend.

S: That’s right. Well the project addiction stuff that little bit, that’s more of the clinical or more professional area is I get a lot of criticisms from the recovery field because they feel that I’m being a little bit too detailed about those things. Almost that it really doesn’t need to be that graphic and I disagree. Now as far as A Stone’s Throw is concerned, well I can tell you that that book has been nominated for three awards and won all three so it has a very powerful effect on people and it’s liberating. Again for me when I hear somebody saying to me everyone that I get to meet… I like you to meet or talk to a reader” once sought in the airport a couple of weeks ago and he said “Oh my God you’re Scott, I just reading your book” and so what’s amazing about that is when they share with me that it evokes their own darkness and I know that when it’s evoked that it helps purge theirs too and that is most satisfying. Then I realize why I actually wrote it and there’s a lot of people out there that don’t know how to purge that darkness of their own and A Stone’s Throw helps them do that by curiously during my experience.

N: In writing this book did you find I guess pathways into actually discovering who your patients are? Their specific personalities and that gives you maybe an edge up over facility based addiction treatment when it comes to offering long-term treatment.

S: I’ve never actually thought about that, that’s an interesting question. I never thought about how A Stone’s Throw has played a role in my perception of the work that I do with other people. I can tell you that when I wrote it and as it continues to live I lean to what we call the creative tunnel. I completely absorb and immerse myself in a tunnel and I created viscerally and from the gut and from the heart and so honestly beyond the words that I was actually writing, what I was expressing in that moment I didn’t really think beyond that, of who was gonna read it and what it was gonna do. I just was kind of purge that soul. So now that you mentioned it I would imagine it probably it does but I think more importantly… is that other people read it and it touches them and so while it may not change or have much of an influence on my perception of the people I work with…definitely has a perception that helps them get a perception of themselves on a much, much broader spectrum and… working me.

N: Now is there a website associated with A Stone’s Throw?

S: Absolutely, astone-throw.com. A Stone’s Throw is written and based on several different levels, so there’s the kind of surface level where it says a really interesting tale and there’s lot of interesting things there but there’s a whole lot of what you could categorize as like what you call inside joke, kind of private secrets. There’s lot of things in there that are kind of underlying in there and there…on the website so there’s all kinds of little clues and a lot of people who get in my web they understand I mean they get it right away but a lot of it was don’t necessary so there’s a whole lot of like inside joke explain kind of explore on the website so there’s a lot of fun with the website specially kinda like again some… completely on its own but if you want to take it to another dimension or other degree there’s a whole bunch stuff on the website that does that. For example the final climax chapter ‘Torture and Waves’ will you even know what torture and wave is well it’s on the website and explains that and it may not only is a fun thing to learn about, it’s pretty profound but it also takes that very deep and profound and intense chapter that makes it even deeper and more profound.

S: It was before. A Stone’s Throw was first written, the first final draft that it was completed before I were became a counselor back in 1999 and 2001. Writing that book literally almost took my life. I almost died, I had a very severe, very intense relapse episode that was triggered from writing that book because I was pouring it all out and that event almost took my life and a whole lot of other things. And so basically I was so terrified that I didn’t feel like I could interact with A Stone’s Throw authentically and honestly without absorbing myself into that degree and so I set it aside and it went dormant for a long time and I thought that someday maybe I’ll resurrect it because I did, I was very proud of it. It was already getting a lot of recognition, publishers were reaching out to me but I didn’t feel like I can interact with it and still survive it physically, mentally and also be a parent and a partner and so I set it aside and it’s out there for a long time until I was resurrected from my accident in 2013. I was killed and I was resurrected on the scene by paramedics, that event changed a lot of things, the way that I see them. And I was already about 80% through with Project Addiction and as I crystalize Project Addiction and Project Addiction Counselor, it kind of occurred to me that it was time to resurrect this A Stone’s Throw and release them all three together and so it was resurrected and sure enough I’m stable enough mentally, emotionally and spiritually. The elements that are in my life now are, I wouldn’t say immune but I’m pretty impervious now to the ‘feel’ of me. I mean I’m very strong and very stable now so I took that chance and resurrected again and I really enjoyed doing it.

N: And where can our listeners get a copy of A Stone’s Throw: Memoir of a Dope Fiend?

S: Yes, it’s also in audio, in print, in e-book, in anywhere that you buy a book whether it’s Amazon, Barnes and Noble, Book Baby, anywhere that you buy a book it’s available there and again I like the audio version. I read it myself and so I went to the studio and it was produced and all of those kinds of things and I don’t want to say that I’m the best audio narrator, I’m not I’m not a professional voice over guy at all but I think what people enjoy about that is they say “Scott maybe you’re not a professional narrator but that’s what I like about it. I like the fact that it’s you reading it and I know that it’s really you”.

N: You’ve been listening to Health Professional Radio, I’m your host Neal Howard. In studio with Mr. Scott Spackey, Certified Addiction Treatment Counselor who’s been in private practice for more than 12 years. He’s the Author of A Stone’s Throw: Memoir of a Dope Fiend and transcripts and audio of this program are available at healthprofessionalradio.com.au and also at hpr.fm and you can subscribe to this podcast on iTunes.