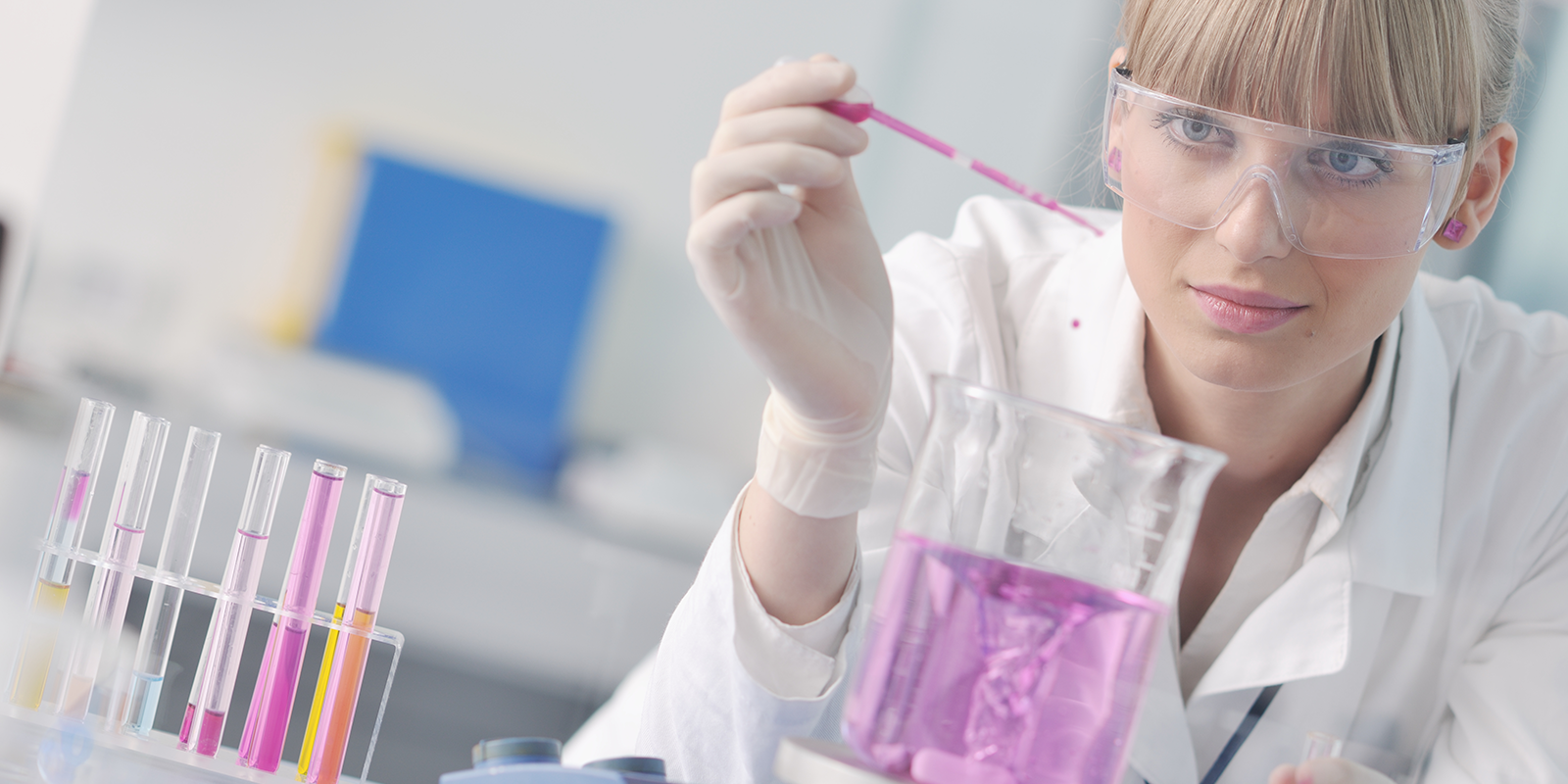 Gordon Naylor, President of Seqirus, an influenza vaccine company, joins us from ID Week 2018 in San Francisco to talk about Seqirus’ Pandemic Response Solutions team learning lounge presentation highlighting the constant threat of influenza pandemic, the importance of pandemic planning, and the advancements in flu prevention since the historical 1918 Flu Pandemic.

Gordon Naylor was appointed President of Seqirus, CSL’s global influenza business in 2015. Prior to his current role, Gordon was Chief Financial Officer for parent company CSL Limited. Gordon joined CSL in 1987 and has held many operational and corporate roles in different parts of the CSL Group. Prior to the CFO role, he was based in the U.S. and responsible for CSL Behring’s global supply chain, the supply of plasma for CSL Behring and CSL’s global information systems. Gordon holds an MBA, an honors degree in Engineering and a diploma in Computer Science.

Neal Howard: Hello and welcome to the program. I’m your host Neal Howard here on Health Professional Radio, thank you for joining us. Our guest is Mr. Gordon Naylor and I’ll let Mr. Naylor introduce himself, give us a little bit of background and we’ll talk all about the influenza pandemic – the constant threat thereof, the importance of pandemic planning and some of the latest advancements in flu prevention since the historical 1918 flu pandemic. Welcome to the program Mr. Gordon Naylor, how are you today?

Gordon Naylor: I’m very well indeed Neal and thank you very much for the opportunity to talk about influenza. So my name is Gordon Naylor, I am the President of Seqirus which is a business that is focused almost exclusively on protection of the community against the disease of influenza. So I’ve been in this role for three years since we’ve started Seqirus. Seqirus is the result of a combination of two organizations that came before and so we basically with manufacturer influenza vaccines to protect the community. We have two, if you like, roles in particularly the community – the first is around production of seasonal influenza vaccines to protect both northern and southern hemisphere parts of the world against the virus and also the pandemic protection of many parts of the community as well.

Neal: Now we are in a flu season, where vaccinations are ramped up around the world. Talk about the threat of this pandemic, is it a constant threat as I said? Or is it just a seasonal thing or are we always under the threat of a major break out?

Gordon: Yes, sure. Thanks Neal. So there’s actually two separate threats, so as you mentioned we’re in the lead up to the influenza season here in the northern hemisphere and so but of course there are actually two seasons because the influenza tends to follow the winter months and so we’re six months away from being in the same situation for the southern hemisphere. So that’s the result, the seasonal threat comes from the fact that the influenza virus goes through a process called ‘drift’ and so it gradually mutates and at gradually changes at all times – that’s constantly happening. And there are several different strains of the virus which each of which are if you’re taking this way constantly and that’s why it’s important to get an influenza vaccine once every year in the lead-up to the winter in each of the northern and southern hemisphere. And we actually have to go through a whole development cycle and a whole manufacturing cycle to prepare very large volumes of the vaccine to protect the community against that seasonal threat. So that’s that happens all the time, that’s what we do and at the moment we’re for example here in the hemisphere, we’ve actually completed most of our manufacturing now and we’ve largely distributed the product to the community in preparation for the season. That’s the normal course of things. Then the other threat that the community is faced to is different and that is around the fact that sometimes we have what’s called a shift in the virus which is circulating. And typically this is caused when a strain of the virus comes across some animals and it mutates enough that it’s actually transmissible between people and the danger is that because nobody in the community has ever been exposed to that virus before, there’s no natural resistance or very limited resistance. And when that happens, we have a pandemic which can move very rapidly around the world and which is often but not always quite dangerous because the community has never been exposed to that that strain of the before. And so for example the most reason one with in 2009, which is the swine flu so it was a cross across from pigs and that resulted in a pandemic which as it turned out was relatively mild in its effects but which moved very rapidly around the world. And so our company, we actually play a role in a pandemic so if there’s a pandemic declared by the World Health Organization and then by national governments, we stand ready to switch our manufacturing capacity across to producing a special vaccine that is to protect the community against the pandemic. And so both threats are constant, we have the seasonal epidemics which with us all the time and which sometimes the seasons are more severe than others, that’s every winter. And then in addition to that, there is the threat of pandemics which occur every few years maybe, I mean I think there’s been four or five in the last century, so they at that sort of order.

Neal: Now when you’re talking pandemic and pandemic planning, is part of that planning by your company to manufacture vaccines, as you said, that the public has never been exposed to but in anticipation of a possibility? You have it on hand or do you wait until a strain manifests and then deal reactively?

Gordon: It’s an excellent question, so the answer is both. Technically, a pandemic vaccine is actually the one which we have to react to, we don’t know what’s going to cross across from animals. And so today there are a number of potential threats which the World Health Organization and other public health organizations are monitoring and maybe one of those will transfer across and then we will need to actually develop a vaccine for what is today we don’t have – we don’t know what’s going to come across. In addition to that, in countries like the U.S., we work with organizations like … they are what we call pre pandemic vaccines which are ones, which are a reasonable guess at what will actually come across and we do manufacture those and we do stockpile them and they will be used by the public health organizations, for example, to protect first line people like healthcare professionals to more rapidly get a vaccine to them. It may not be an exact match but it will probably be fairly good and the big appeal of course is that you can get the vaccine to them quickly. Just maybe a little bit more context as we quickly Neal which might be helpful to your listeners, the seasonal virus, despite the fact that we have all of these protections in place – there’s about half a million people still die a year globally than the seasonal virus. The worst pandemic, the one up to the first world war, the numbers vary but most people would say that somewhere between 50 and 100 million people died from that pandemic. So in both cases, we’re talking about a really very serious threat to the community.

Neal: Now where can we go online and get some more information about your company? And also briefly, let’s talk about what your company is doing to raise awareness other than just manufacturing vaccines as the second largest provider on the planet? And what can healthcare professionals do to get awareness out in their particular offices, to get that message across about the importance of vaccines?

Gordon: That’s a good question. So the healthcare professionals in all countries play an absolute critical role and particularly general practitioners who will be out on the front line responding to the needs of the community and helping with a number of measures that are needed to protect the community against the pandemic. We are always looking, we play a role in this but I think it’s important to note that we work in close partnership with many public health organizations. So for example, the World Health Organization plays in a very important role with the monitoring of strains and with the preparation for global pandemic preparedness. The other organizations which I’d refer your listeners to are the CDC here in the US who do an excellent job of providing information around the significance of the disease and what practical measures can be taken. The overarching message I think which has been reiterated indeed in the last few days by the FDA here in the U.S. is the importance of actually getting vaccinated, that in all parts of the community, the simplest and easiest measure which everybody can take is simply to be vaccinated.

Neal: Well I thank you for coming in today Gordon. It’s been a pleasure, lots of great information and a website where we can learn more about your company?

Neal: Great. Thank you for coming in, it has been a pleasure and I’m hoping we can speak again in the future.

Gordon: Excellent, thank you very much for your time Neal.

Neal: You’ve been listening the Health Professional Radio, I’m your host Neal Howard. Transcripts and audio of the program are available at hpr.fm and healthprofessionalradio.com.au