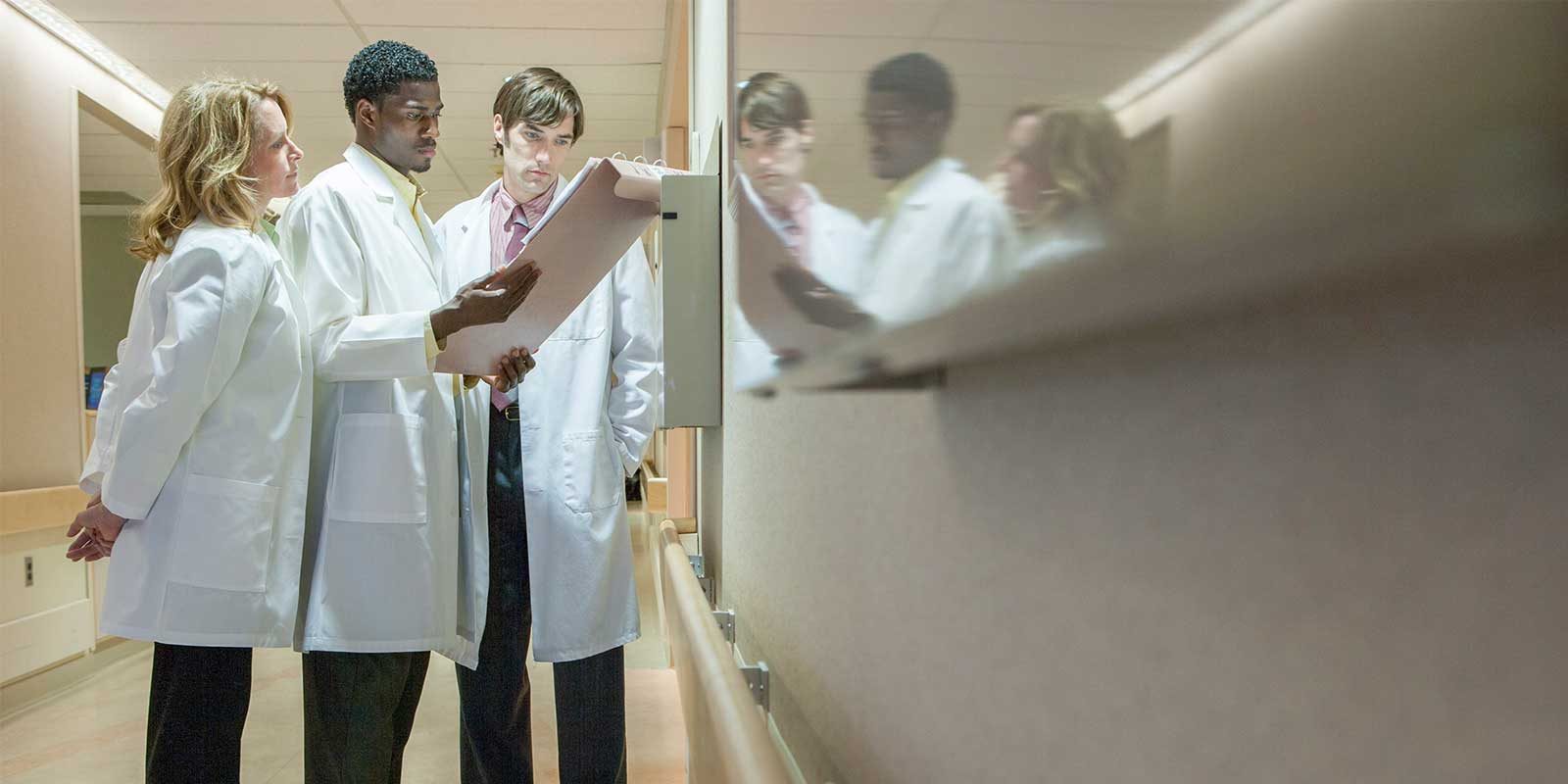 Dr. Frederick Beddingfield, Founder, President and Chief Executive Officer of Sienna Biopharmaceuticals, a clinical-stage medical dermatology and aesthetics company, talks about the company’s focus on bringing innovations in biotechnology to the discovery, development, and commercialization of first-in-class, targeted, topical products in medical dermatology and aesthetics. Dr. Beddingfield tells a compelling story about Sienna and also discusses the clinical trials the company has underway.

Dr. Frederick C. Beddingfield, III, M.D., Ph.D. has been the Chief Executive Officer (CEO) and President of Sienna Labs, Inc. since January 2016. Dr. Beddingfield has been the Chief Medical Officer of Kythera Biopharmaceuticals, Inc. since March 23, 2013. Dr. Beddingfield joined KYTHERA from Allergan, Inc., which he joined in 2003. He has served as Vice President and Global Therapeutic Area Head of Dermatology and Aesthetics since August 2005, as well as Chief Medical Officer of Allergan Medical from August 2008 through December 2010. Since 2001, Dr. Beddingfield has also served as an Assistant Clinical Professor of Medicine, Division of Dermatology, at the David Geffen School of Medicine at UCLA. He has been the Director of Sienna Labs, Inc. since August 2015. He received his M.D. from the University of North Carolina at Chapel Hill and a Bachelor of Arts in Psychology from North Carolina State University in Raleigh, N.C. In addition, Dr. Beddingfield holds a Ph.D. in Policy Analysis from the RAND Graduate School of Policy Studies. He is a Board-Certified Dermatologist.

Neal Howard: Hello and welcome to Health Professional Radio. I’m your host Neal Howard,  thank you for joining us here on the program. Our guest is Dr. Frederick Beddingfield for this segment. He’s founder, president and CEO of Sienna Biopharmaceuticals, now that’s a clinical stage medical dermatology and aesthetics company and he’s joining us here on the program to day to talk about Sienna’s focus on bringing innovations in biotechnology to the dermatology and aesthetic space. Welcome to the program Dr. Beddingfield, how are you?

Dr. Frederick Beddingfield: Thank you, I’m doing very well. I appreciate you having us on.

Neal: Thank you for taking the time. Now you’re a dermatologist, I understand. Let’s talk about this company that you’ve founded, Sienna Biopharmaceuticals.

Dr. Beddingfield: Absolutely. So I’m a dermatologist and trained as both an MD and PhD and got involved in research in my career originally when I was on the full-time faculty at UCLA and then eventually went to work at a pharmaceutical company by the name of Allergan that worked in the dermatology and aesthetic space and eventually was in charge of the dermatology research and development group there and stayed for ten years. After that, I left to go to another small company called Kythera. That company was developing an innovative anesthetic treatment for contouring certain parts of the body by eliminating fat and that company got bought by Allegan ironically and that was in 2015. So in 2016, we started Sienna Biopharmaceuticals with many of the same people and many of the same investors and we’re set out on a mission to bring innovative product to the dermatology space. And this time, our real focus has been on treatment of inflammatory skin conditions and specifically trying to really bring a lot of the innovations that have come in biotechnology in the realm of those injectable antibodies and whatnot to the topical dermatology space. And if I can explain that for one second?

Dr Beddingfield: It turns out most dermatology patients don’t want systemic medicines. Things that might suppress their immune system but those medicines have been very effective in the past. So they end up being stuck with the topical treatments and historically those have been  topical steroids which have a lot of side effects and are just not ideal treatments. You’re not even supposed to … typically more than a few weeks so we’ve been working on bringing those sort of targeted innovative therapies out of biotechnology to the larger dermatology population who wants to use topical, so safe topicals if you will.

Dr Beddingfield: That’s right. Or typically actually these conditions are chronic so they would need to use it chronically on a daily basis typically. I mean in the very mild cases, they might use it intermittently but most people are using this on a daily basis and I think what they really want is something that treat the local skin disease without getting in their blood and affecting other organ systems or suppressing their immune system and putting them at risk of bad things that happen in that case.

Dr Beddingfield: Right. Injectables or orals versus topicals and right now a lot of the innovation has been more in the injectables and the orals so we’re trying to say “Look, just because you’re in this topical space, it doesn’t mean you have to just use a steroid. We can give you a targeted,  safe therapy that will have great effectiveness in your skin without the risk to the rest of your body.”

Neal: Well let’s talk about one of these therapies that you’ve developed. Now you’re in clinical stage are you in testing now on a particular therapy?

Dr Beddingfield: That’s right. Our lead drug is SNA-120, it’s a topical track A inhibitor and I can explain in a moment what that is, but it affects a specific part of the inflammation cascade that’s really important in itch and psoriasis and we just finished a phase 2B trial, meaning the next step would be to go to phase three which is the last couple of clinical trials before you would be evaluated for approval and get on the market. So we’re late in the game, at the very last step so that’s very exciting and it really is geared towards treating the psoriasis of patients but also improving their itch which if you talk to psoriasis patients, they have to thing really bother them –  the visible plaques and the itch. And those are of equal importance to them and so far there’s not been a therapy that really effectively treats both of those and especially is safe. So they’re kind of the boxes we wanted to check, is we need something safe that’s topical. something that treats the plaque and something that treats that itch and that’s what we think we have in SNA-120.

Neal: You say you’re headed toward a Phase Three of these trials?

Dr Beddingfield: Right. We have gotten our data and we are meeting with the FDA to get them on … those last two pivotal trials. The pivotal trials are the ones that the FDA will look at and say “Yes or no, this gets approved.” And importantly when we talk about the mild to moderate psoriasis population that we’re aiming to help, that’s eighty percent of the population so you’ve got about seven and a half million patients and eighty percent of those and the majority of those patients, say another eighty percent have significant itch that bothers them so that’s kind of our target population right there and it’s a large population that is currently very much their needs are not met.

Neal: Now I would I would assume that your SNA-120, if it’s on its way to phase three that you’ve got something else that you’re just starting out with or at least in the phase 2, is that correct.

Dr Beddingfield: That’s absolutely right we have another molecule SNA 125 and it has a component to it that is like SNA-120 and that’s the track A inhibitor but it has another component which is called a Janus kinase inhibitor and the Janus kinase had been studied for the last several years and there’s a few on the market including Tofacitinib which is an oral version and they’ve shown phenomenal efficacy in conditions like … psoriasis as well as some non dermatological like inflammatory bowel disease. At any rate, we have that component, that Janus kinase track A inhibitor so we would be targeting in one drug, two different parts of the inflammatory cascade. But ideally and this is what will have to be tested over time, with … profile where we’re getting … and almost none of it …

Dr Beddingfield: I think they’re certainly related but they’re different. I think when you look at SNA-125 because of that added Janus kinase, I think there are certain disease states that SNA-120 was an unlikely help and the best example would be atopic dermatitis. And atopic dermatitis is quite different than psoriasis but it still has visible plaques and it has a whole other disease. SNA-120 was tested in atopic dermatitis and didn’t have a great enough affect for us to move that forward but we know that Janus kinase is which is the other part of SNA-125 do a season so you would think of SNA-125 as being a really great drug to treat atopic dermatitis and in that sense these two drugs would be mostly focused on different parts of the market potentially. If you follow this space you might know, a couple years back … developed a drug and it was a similar … different mechanism of action but safe topical and that would get patients away from steroids and improved modest efficacy I would say. The projected sales of that drug are two billion dollars a year and Pfizer bought that company for that single asset for five billion dollars so I just use that as a way of helping to understand the size of the opportunity here. If you’ve got large number of patients really dying for something beyond just a topical steroid which those steroids haven’t really improved in the last 50 years. They work but they have side-effects and they need new therapies.

Neal: Where do we go online and learn more?

Dr Beddingfield: Well you can certainly go to the Sienna website and that’s www.siennabio.com and Sienna by the way in this case is spelled with two Ns unlike the city in Italy so on there you can see our corporate deck. There’s a lot of information on the disease states we’re treating and the mechanisms that we’re affecting with our drugs.

Neal: Doctor Beddingfield, thank you so much for joining us on the program this morning.

Dr Beddingfield: Well I really appreciate it and thank you very much and I hope to talk to you soon again.