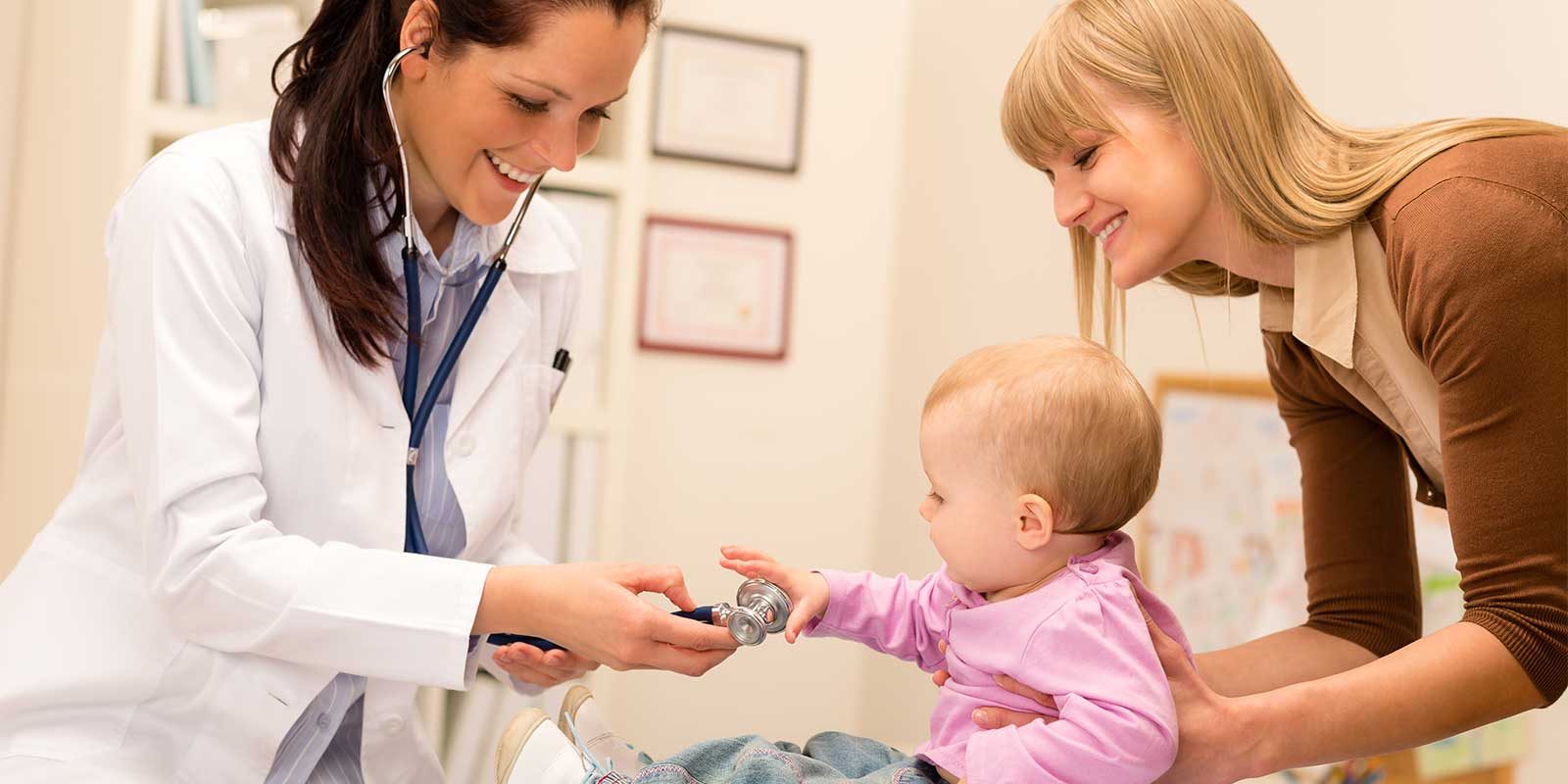 Desiree Villamor tells the story of her daughter Layla who was diagnosed at 10 weeks old with spinal muscular atrophy (SMA), a devastating, severe neuromuscular disease caused by a defect in the gene – SMN1 – that codes the protein necessary for the survival of motor neurons.

The FDA has approved a treatment with promising therapies on the horizon. Layla is now 2.5 years old and travels to Stanford to see SMA specialists and working on building muscle strength. Desiree is committed to educating about SMA, and even partnered with her mayor to formally establish August as SMA Awareness month in her community.

Desiree Villamor is a full-time caregiver and mom to her children in Lathrop, California. Desiree transitioned from her job as an elementary school teacher to a stay-at-home mom when she became pregnant with her daughter, Layla, who was diagnosed at 3 months old with spinal muscular atrophy (SMA) Type 1, a rare genetic disease affecting the part of the nervous system that controls voluntary muscle movement.

Outside of her work as a mom, Desiree is a dedicated member of her community, helping organize appreciation BBQs for first responders for the past 3 years, as well as being an advocate for the SMA community and hosting an awareness booth at the event. To build awareness for her daughter and those impacted by SMA, Desiree’s newfound focus is being an advocate for the SMA community via social media and outreach to friends and family, and the community at large. Just last year, Desiree participated in a radio interview with local Northern California station 99.3 KJOY to talk about Layla’s diagnosis, the advocacy group Cure SMA and how others can get involved in August as part of SMA Awareness Month.

Neal Howard: Hello and welcome to the program. I’m your host Neal Howard here on Health Professional Radio, glad that you could join us. Our guest is Desiree Villamor, she’s joining us on the program today as a caregiver. She’s going to relate the story of her daughter Layla who was diagnosed at just 10 weeks old with a very severe neuromuscular disease and she’s going to tell us about this disease and her daughter’s journey as well as her own as her daughter’s caregiver. Welcome to the program Desiree, how are you?

Neal: Great, I’m glad that you could join us. But I know that you’re here today to talk about Layla and spinal muscular atrophy or SMA. I understand that you transitioned from an elementary school teacher to a full-time caregiver as a result of SMA.

Desiree: Well not a teacher, but I did work at my kids’ school for quite a few years and I always did want to be a teacher but never actually went that route. But yeah, I pretty much was working and getting back into my career, I was a stay at home mom for quite a few years prior and was just starting to get everything going with my job and my career and getting back out there in the work field and then I got pregnant with my daughter and decided that I would again stay home with her. This was before we received the diagnosis, that I would stay home with her for the first couple of years and then re-enter the workforce again. So that was kind of my plan when I got pregnant with her and then along the way, I decided “Okay maybe I’ll open up a daycare.” I was planning on opening up a small family daycare so that I could still work and be with my daughter. So we got our diagnosis and I was halfway through that process of becoming licensed and all that sort of stuff then we received the diagnosis and so I knew that it wasn’t going to happen I was going to have to just commit myself to her at that point, so that’s kind of where I was when I got that diagnosis.

Neal: What is your understanding of Spinal Muscular Atrophy? I mean, I said that it’s a severe neuromuscular disease, had you heard of it or had any contact knowledge of it at all before your diagnosis personally?

Desiree: No, none. I had never heard of it, I didn’t know anything about it. When she was going to get tested, she was being tested for about ten different things and I remember the doctor telling me worst-case scenario was muscular atrophy. When I went home, I didn’t even think twice about it. I didn’t look it up, I didn’t even think about it. So I’m like “No, worse scenarios,  that can’t be. She can’t have that.” So no, I had never heard of it. Once I had heard about it and started meeting other families and seeing other people with SMA, then I started thinking back in time like did I ever see anybody, have I ever meet anybody, did I ever come across anybody you got that might have had this? And I really, I just can’t think of one time that I met anybody that might have had a muscular atrophy so it’s it’s rare. But I mean once you did in that diagnosis and you get to know people. It’s just like how did I not know about this before because it just seems like a lot of people know about it but in reality, they don’t. It’s just that our community is very tight-knit, so yeah. But no, I have never heard of it before.

Neal: Was this diagnosis the result of just routine baby testing or was there something going on that prompted you to have some specific test run even though you say there were many tests?

Desiree: Yeah, no specific. I wish at that time it was on newborn screening, that’s definitely something that we’re pushing for but in California, it’s not on newborn screening yet. So when my daughter was about, actually when she was one day old, one of her nurses had mentioned that she was kind of floppy and she kept using the word ‘floppy’ over and over and the pediatrician came and looked at her, this was while she was still in the hospital, that’s the day after she was born. And the pediatrician came in and looked at her and he didn’t seem too concerned because she was fairly strong at that time and he just said “Follow up with your regular pediatrician in two weeks.” We noticed that her legs were a little floppy and they would fall to the side frog style and on her to two-week checkup, I mentioned it to her pediatrician “Hey I feel like something’s going on like she’s not as strong as she should be.” And at that point he just was like “I honestly have no idea. Maybe she’s just a little delayed. Let’s not worry about it too much right now, just kind of watch her over time and see how it goes.” So I wish they have caught it at birth but we didn’t.

Neal: That’s the main reason that you’re pushing so strongly and such an advocate for infant screening, is that correct for newborn screening?

Desiree: That’s correct. With this, with (SMA) spinal muscular atrophy, time is not on your side and having these babies diagnosed right away is life-changing especially since we have an approved treatment. I mean, these babies have to get treated very early on and the only way that they can do that is if we get it on newborn screening across the nation and every single newborn is tested for it. And there are a few states who have already put it on their bills, on their newborn screening panels so things are moving along. We just have to work a little harder to get every single state on board because it is necessary, it is life saving, it is life changing. Like your baby have to get diagnosed at birth so that they can thrive and have a chance with our new treatment

Neal: How old is Layla?

Desiree: She is two and a half.

Neal: If you can briefly just describe the treatments.

Desiree: A lumbar puncture every four months for life, that they have to get a lifetime treatment and our bodies have a backup gene called the smn2 and her body with that backup, she was producing about 10% protein for her body which obviously is not enough to function and to use for all your physical abilities. So she’s going from about I believe it’s about ten percent to about thirty percent protein with this treatment which is a pretty big jump, it’s a pretty big boost and so that’s pretty much what it is it’s a boost of our backup genes and as it’s helping her body to create more more protein for her muscles to grow.

Neal: I understand each year, I do believe in August it’s SMA awareness, where can we go and learn some more about SMA?

Neal: curesma.org. Well I thank you are taking the time this morning Desiree, it’s been a pleasure talking with you and I’m wishing the best and hoping the best for you even though you seem to be progressing extremely well, you and Layla.

Desiree: Yeah, it’s been very bittersweet but she’s definitely gotten some strength back so I’m very happy and she’s very blessed to have that treatment. Like I said, it’s been bittersweet but we just try to stay positive and just look for all that good. It’s hard but that’s what we do.

Neal: That’s right. Well thank you for joining us on the program today and you take care, okay?

Desiree: Thank you so much, you too.