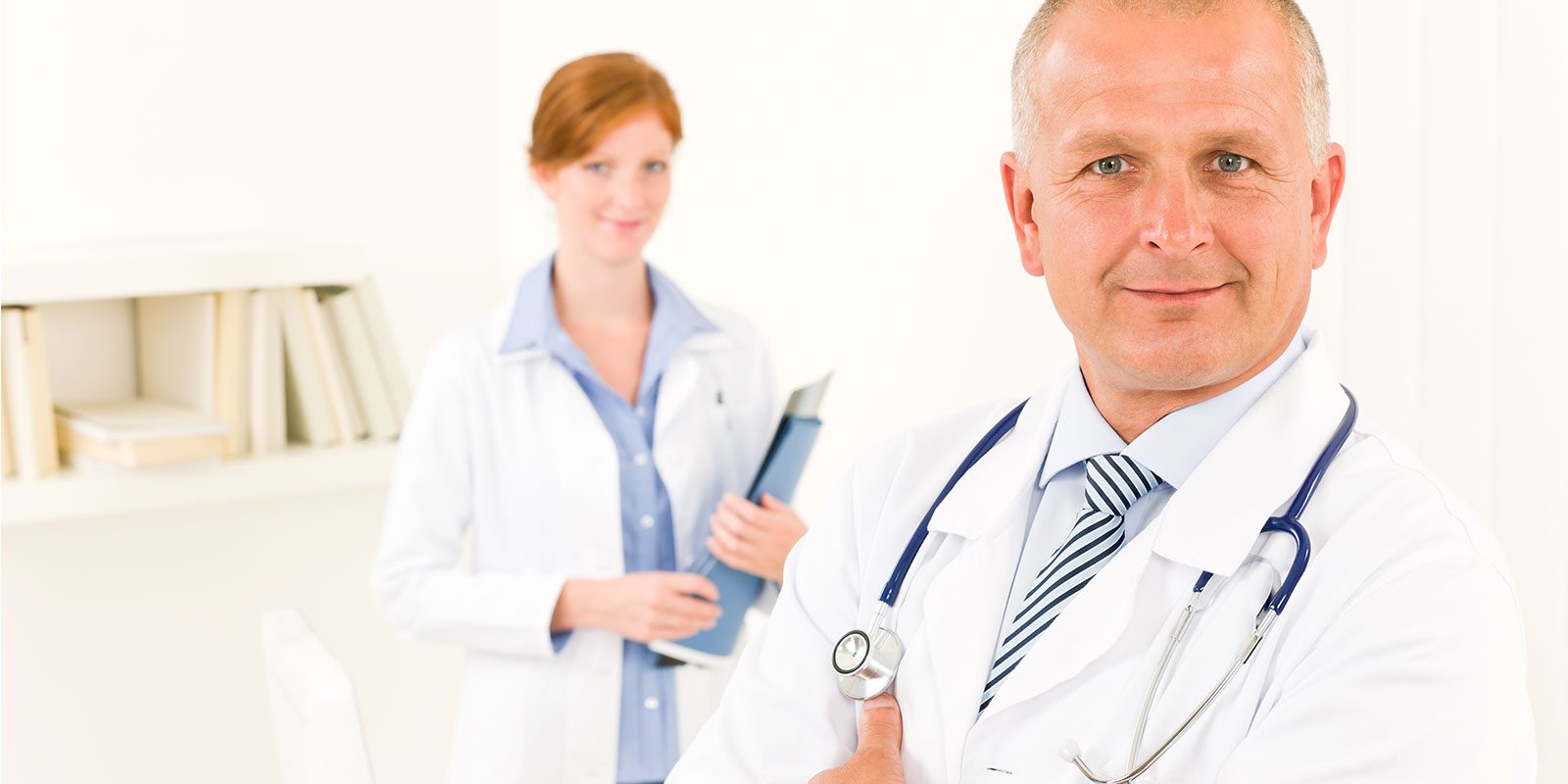 Ronald F van Vollenhoven is the Director of the Amsterdam Rheumatology and Immunology Center and Chief of the Department of Rheumatology and Clinical Immunology at the Academic Medical Center, and the Department of Rheumatology at Vrije Universiteit Medical Center in Amsterdam, Netherlands. He is also Chair of the Rheumatology Research Council at Reade, and continues some of his responsibilities as Chief of the Unit for Clinical Therapy Research (ClinTRID) at the Karolinska Institute. He received his MD and PhD degrees from the University of Leiden in the Netherlands. After graduating in 1984 he did immunology research at Cornell Medical College in New York, followed by residency (specialty training) in Internal Medicine at the State University of New York at Stony Brook, and a fellowship in Rheumatology at Stanford University in Palo Alto following which he received American Board of Internal Medicine certification in both Internal Medicine and Rheumatology. From 1993 to 1998 Professor van Vollenhoven was Assistant Professor of Medicine and then Medical Services Chief and Fellowship Director in the Division of Immunology and Rheumatology at Stanford University.

Dr. Ronald van Vollenhoven: Thank you for having me Neal.

Neal: Well I mentioned a little bit of your involvement there as Director of Amsterdam Rheumatology and Immunology. Give us a bit of background about yourself and then introduce us to this phase 2 study.

Dr van Vollenhoven:  Well thank you, you were very kind in introducing me. So first and foremost I’m a Rheumatologist, so I’m a doctor and I see patients with a variety of rheumatological diseases and not in the least also patients with Systemic Lupus Erythematosus. And this is a disease where we have seen some progress over the past decades in terms of how we can treat our patients but unfortunately not enough and for many patients, this disease still carries a lot of consequences, a lot of problems in terms of decreased quality of life, the need for continuous medical intervention, sometimes a lot of problems with the side effects of treatments. And so we’re always on the lookout for new treatments and it was a real pleasure for me to have a role in a clinical trial that now was presented at international congresses and also published with encouraging results.

Neal: Well before we get into the results of this study, briefly describe what causes lupus. Is it a  genetic condition, is it an environmental factor? What causes this condition?

Dr van Vollenhoven:  Yeah, Lupus or SLE is the prototypical autoimmune disease. So what happens is the immune system, instead of attacking bacteria and viruses, it starts attacking your own, tissues your own organs. And in Lupus, this can have many different clinical manifestations. For some patients, it involves a lot of skin abnormalities. For others, it’s joints. It could become a problem in the kidneys, in other internal organs. And it’s actually a very big variety in the clinical presentations that we see with SLE. Why it happens is a very good question that we actually don’t have the real answer. There certainly is a genetic component but it’s not totally hereditary. There certainly are environmental influences, one of the most well described one is sunlight, people who have actually are often extremely sensitive to sunlight. There may be other environmental aspects that we know very little about, hormonal influences play a role but in the end, the truth is we do not know the cause of SLE.

Neal: What do you feel the main findings from the study, the trial were? And discuss a little bit about why those findings are so important.

Dr van Vollenhoven:  Yeah, so the first thing is that although we don’t know the cause of SLE, we do understand the process quite well. So we know what happens in the patient, in their immune system and the story is actually interesting. A few years ago, it was realized that the abnormalities that take place in the immune system in the patient with SLE suggest that the medication that already exists, the medication Ustekinumab which is actually known to most doctors and patients as STELARA® and which is not a medication that is officially used for Lupus. It is actually approved for use in other diseases – psoriatic arthritis, psoriasis and Crohn’s Disease – but that the research suggested that this might also work for Lupus or have a benefit for Lupus. And so after some discussion, it was decided to do a clinical trial to see if that was really the case. And so I had the privilege of working with a team of experts and the people at the company Jensen to make this phase 2 trial happen and then also to look at the results. So in the trial, about a hundred patients were selected based on certain criteria and they were randomly assigned to either be treated with Ustekinumab with STELARA® or with the placebo. STELARA® is an injectable medication, in this trial actually the patients were first given an infusion with the medication and then injections. And the other patients were  given a placebo so it would look the same and feel the same. And after 24 weeks, the main result of the trial was that a substantially greater proportion of patients had achieved a meaningful improvement if they had been in the group that was in fact treated with the medication compared to those who were given the placebo. We thought that the result was impressive because the difference between the groups was actually in numerical terms quite big. So we are used to seeing in most clinical trials that of course there are some patients who improve on the placebo, that’s called the placebo effect, and then there is more patients who improve on the treatment. And sometimes the difference between the two is ten percentage points or 15 or 20 percentage points. But in this trial, the difference was actually 29%, the difference which is compared to other clinical trials are very good results.

Neal: So as far as the future of this study, do you think that the results will be extended> Will you be testing STELARA® against other treatments for Lupus?

Dr van Vollenhoven: The results of this phase 2 trial were very encouraging and I think they give us hope but it’s not enough because we also know from experience that sometimes one single trial can look good and then it turns out not to be as good in the continuation. So this has to be followed up on and in fact a larger trial, phase 3 trial is now underway and this trial will be recruiting patients in the coming one and a half or two years and then of course the patients are being treated again either with the active treatment or with placebo. And then after that, we will be able to analyze the results and then hopefully we will see that it is indeed correct, that Ustekinumab, that STELARA® has an important benefit for patients with SLE and if that is confirmed then I’m sure that it also be approved as a treatment for these patients.

Neal: Does this affect patients at all levels of the disease as far as early detection mid phase and later on as the disease progresses? Are these studies addressing that progression?

Dr van Vollenhoven: So Lupus is very diverse in its manifestations. What we typically look at is there’s the patients who have the kidney involvement which is sort of a special case and that was not studied here and then the other patients, usually what is happening in these trials is a lot of patients have either the skin manifestations or the joint manifestations, the arthritis that comes with Lupus or they might have both and indeed in this clinical trial, we did see that for both of these two manifestations, there was a clear benefit, so both the joints got better and the skin got better. Now there are, as I mentioned, other manifestations of Lupus including on the blood counts, the internal organs, a variety of things, all of those things did occur in this clinical trial but that’s a very low level so it’s not possible to analyze it in that much detail to see if there were specific manifestations that would improve. The other thing that you asked, if the patients should be treated earlier in disease or late – I think we typically feel that patients with autoimmune diseases shouldn’t have to wait too long before getting treated. However, it’s also reasonable to say that there are conventional medications, medications that have been around for much longer that should be tried first and something new including a biologic option like Ustekinumab STELARA® that would be something for the patient who has not responded to the existing alternatives.

Neal: Where can our listeners go online and get some more information about STELARA® and about this phase 2 study investigating and possibly about the phase 3 trial that is currently underway?

Dr van Vollenhoven: For the listener who is really into the science of it and the actual medical reporting, there is of course a publication in the British journal The Lancet which is a very respected medical publication but that’s a technical report on this clinical trial but that’s where you can find all the figures and all the numbers. If you want the information, a little bit more accessible and more easy to digest, there are many organizations that provide that kind of information. I would refer to the Lupus Foundation of America which is a great organization, does a lot of work in trying to make information available for patients. There’s also the Alliance for Lupus Research and there are other organizations that can also definitely help people to get the information they want to have.

Neal: Thank you so much for joining us on the program today Dr. van Vollenhoven, it’s been a pleasure. Thank you very much.

Dr. van Vollenhoven: Thank you too. Have a great day.

Neal: You’ve been listening to Health Professional Radio, I’m your host Neal Howard. Transcripts and audio of this program are available at hpr.fm and health professional radio.com.au