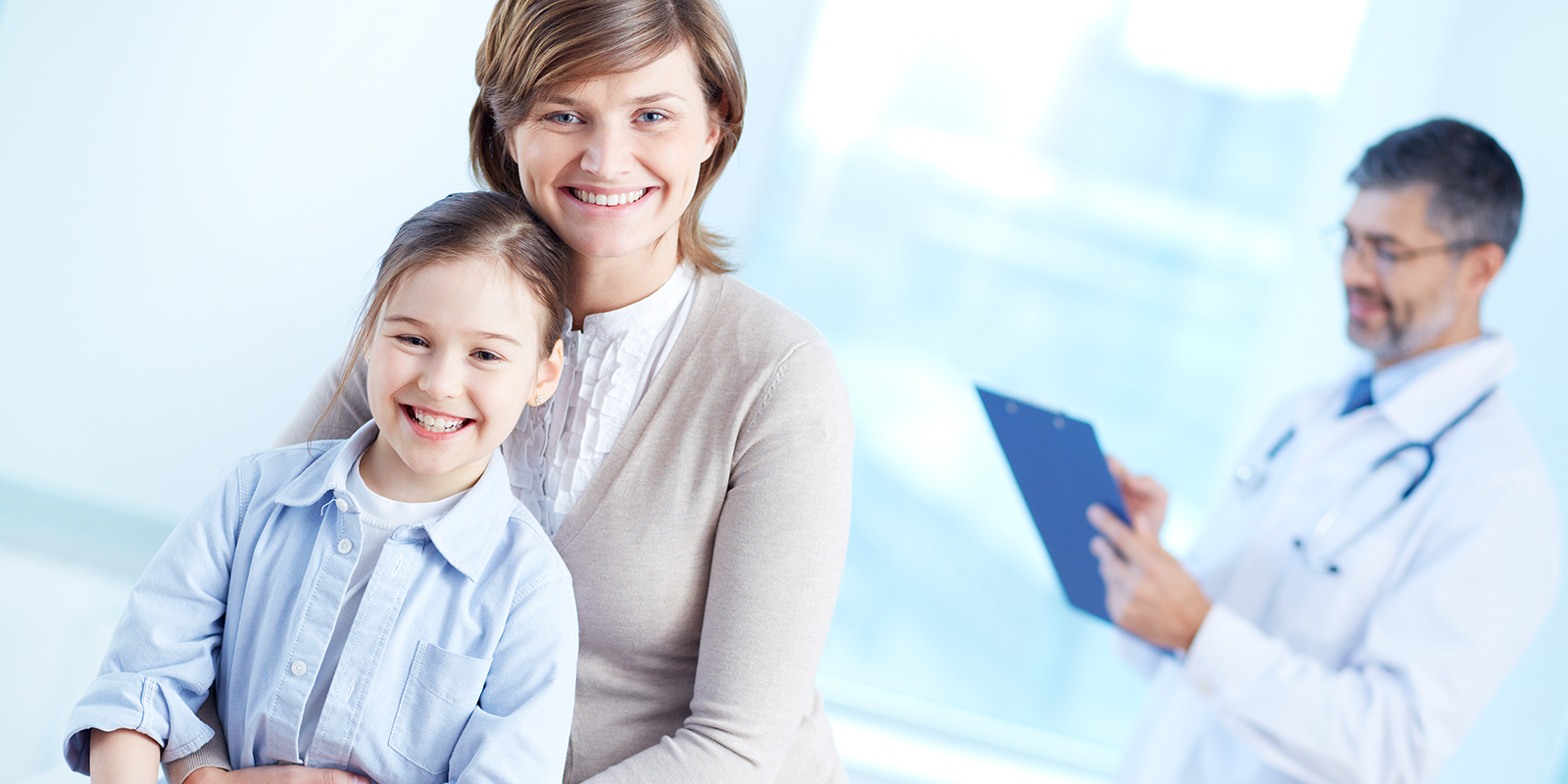 Brittany, a six-year-old who was diagnosed with Hepatoblastoma at 15 months old, and her mom, Vanessa, talk about the diagnosis and how the National Pediatric Cancer Foundation gave them hope. Hepatoblastoma is a rare form of liver cancer and it usually affects boys. About 1 in 1.5 million gets this disease.

Upon diagnosis, Brittany was hospitalized for 11 days while the doctors created a road map for her treatment. Knowing how rare this disease is, Vanessa and her husband began researching doctors all over the United States to find an expert on hepatoblastoma.

The stars aligned and through distant yet amazing connections, they were put in touch with the liver specialist on the solid tumor team at Texas Children’s Hospital, Dr. Patrick Thompson. They traveled to Texas several times to meet with Dr. Thompson as well as the surgeon, Dr. John Goss in preparation for Brittany’s liver resection to remove the tumor.  Brittany received chemotherapy locally and after the third round, the tumor had shrunk enough for surgery.

The surgery was done on January 30, 2013. After the longest wait of their lives, the surgeon reported that Brittany’s tumor was removed with good margins – this means Brittany is cancer-free.

Nothing could have prepared them for what they saw in the recovery room – countless tubes coming out of Brittany’s little body. The nurse, without a warning, pulled back Brittany’s gown to show her incision. The scar has since become her claim to fame – they call it her “rainbow” and she brings it with her wherever she goes. She has an understanding of just how lucky she is to be here on this earth. She has a zest for life like none other – a happiness about her that is infectious. April 2018, Brittany and her family celebrated 5 years cancer-free.

Brittany has blood work annually to monitor for long-term side effects of her treatment. The drugs that are used to treat children with cancer come with a long, terrifying list of possible side effects, not only during but also for years after treatment.

Professional Radio, thank you so much for joining us again. Our guests today are Vanessa and her daughter Brittany. Now Vanessa and Brittany are joining us here on the program today, Brittany is six years old and and she was diagnosed with a rare form of cancer when she was just 15 months old. And Vanessa, her mom and Brittany are here today to talk about her journey and also to talk about how the National Pediatric Cancer Foundation has given them quite a bit of hope. Welcome to the program both Vanessa and Brittany, how are you both doing this morning?

Neal: Good, thank you for joining us Brittany. It’s kind of early in the morning for you to be on the radio rather than in school, right?

Neal: Wow, pretty exciting. I’m glad that you could take the time to join us today. Vanessa, won’t you give us a little bit of background about yourself and Brittany, about the family?

Vanessa: Sure. So Brittany’s my youngest daughter, my husband and I have three girls and right now they are eleven, nine and seven. So at the time of Brittany’s diagnosis, they were one, three and five so it was a little bit of a crazy situation.

Neal: Absolutely. Now last month was of course pediatric or Child Cancer Awareness Month, it happens every year in September. Today we’re going to talk about Brittany’s particular type of cancer. What type of cancer was Brittany diagnosed with and how old was she when that  diagnosis took place?

Vanessa: She was 14 months old and we were told that she had hepatoblastoma which is a rare form of liver cancer, it usually affects boys and her case, the chances of her having this was were about 1 in 1.5 million

Neal: Wow, that is that’s extremely rare – 1.5 million so it normally occurs in boys. Okay.

Neal: Were there symptoms involved that were above and beyond anything that you had seen as far as baby illnesses before?

Vanessa: Not necessarily. As I mentioned, her sisters were three and five so they were both in school, bringing home germs and she just would get a cold here and there. She had a lot of respiratory problems but nothing extreme and it was one particular cold that we just couldn’t get to go away then it was accompanied by fevers, finally accompanied by vomiting. And we had tried antibiotics, thinking of the sinus infection and finally one Sunday morning, she it was I kind of hit my breaking point. She had gone to bed with a fever, woken up was fine and I thought “Okay I just had to give these antibiotics some time to work.” And next thing I knew she was vomiting and I said, “This is it, there’s something going on.” So my mom intuition kicked in, if you will, and I took her to the after-hours at the pediatrician and that’s where they sent her in for imaging.

Neal: For imaging, like an x-ray or an MRI?

Vanessa: Yes, they said they wanted to have pictures of her abdomen and then the pediatrician that did the exam called me later and said that she had felt something in her abdomen just felt off to her and she was actually thinking that we would come back with a leukemia diagnosis. So she was surprised to hear that it was liver. Of course being in the pediatrician’s office and just after hours, she didn’t want to make that call so that’s why she sent us over to the emergency room.

Neal: So the diagnosis is made and you’re stunned to say the least, what happened immediately after the diagnosis?

Vanessa: That was probably the hardest part is right after the diagnosis. The hospital that we were at hasn’t seen one of these cases in over a decade, as I mentioned it’s so rare, there’s about 150 nationwide each year. So once we kind of came to terms with what was happening, my husband and I went, we’ve exhausted, we researched the best doctor that we could find. We were prepared to move anywhere we needed to move to see if there was a specialist on this particular cancer, so that said a lot of our time. We spent a lot of time coming to terms with a roadmap of her treatment, the drugs that are used to treat the kids are really old and really scary and as a parent you’re given a list of side effects that are terrifying to read, terrifying to look at and so we had to read through these side-effects and sign our consent for this treatment and when you’re looking at a paper that says your child may not make it through this, one of the side effects of these drugs death, it’s like “How in the world am I supposed to sign this? How am I supposed to get my consent for this?” So those two things were the biggest challenges, finding a doctor that was a specialist and coming to terms of the fact that we had to give our baby these drugs.

Neal: Wow. Now obviously, she’s pulled through and she’s doing well right now. Have you been in contact or has anyone reached out to you? Another little girl or so rare in women, have you come across anyone in a similar situation to lend or receive any support in that area?

Vanessa: Yes. Oddly enough, there was another little girl in Tampa where we’re from diagnosed about a year after Brittany. So they’ve gone from not having one for over a decade to having two within a year which was odd and so I have been in touch with her, that little girl’s doing great as well and then there’s a Facebook support group, Hepatoblastoma survivors!!! is what it’s called, however, we welcome anyone that’s going through the treatment right now and that way we can kind of tell our stories and and that’s nice. We’ve got some people from different countries on there and it’s interesting to see the different treatment approaches, different things that are done in other countries so we all try to offer our support and we have to learn from each other.

Neal: Brittany, being in school now and doing much better, how are you relating to the other kids in your school? I mean do you see yourself as very much different from them or is everything pretty normal as far as you’re concerned?

Brittany: Because some of the girls have way longer than me and there’s no scars on them.

Neal: But now I understand that sometimes when you talk about your particular scar, it’s not in a bad way, is that right? you talk about it in a very good way?

Neal: So you have a rainbow with you all the time?

Neal: Do you ever have a chance to tell other girls how are you doing and about your story at school?

Brittany: Yes, I can.

Brittany: Uhum. Even on a cloudy day, I always smile.

Neal: Now Vanessa, where can our listeners go and get some more information about this extremely rare form of childhood liver cancer? Are you travelling, talking about this particular disease on a regular basis?

Vanessa: We don’t travel. We did speak at one of the National Pediatric Cancer Foundation functions and we raise awareness locally through local businesses and things like that. My daughter, my oldest daughter when she was just 10 had a school-wide fundraiser and awareness day where she raised over $10,000 for NPCF so we yeah, it was great. We definitely do our best to be out there in the community and be involved. Just recently we ran a 5k, that the NPCF put on and we call it Team Betty, that’s our team name and we had over 85 runners out there representing Team Betty. So yeah, we do our best to be present in the local community.

Neal: Well I thank you Vanessa and you too Brittany for coming in speaking, with us this morning. It has been a pleasure, wonderful, thank you both.