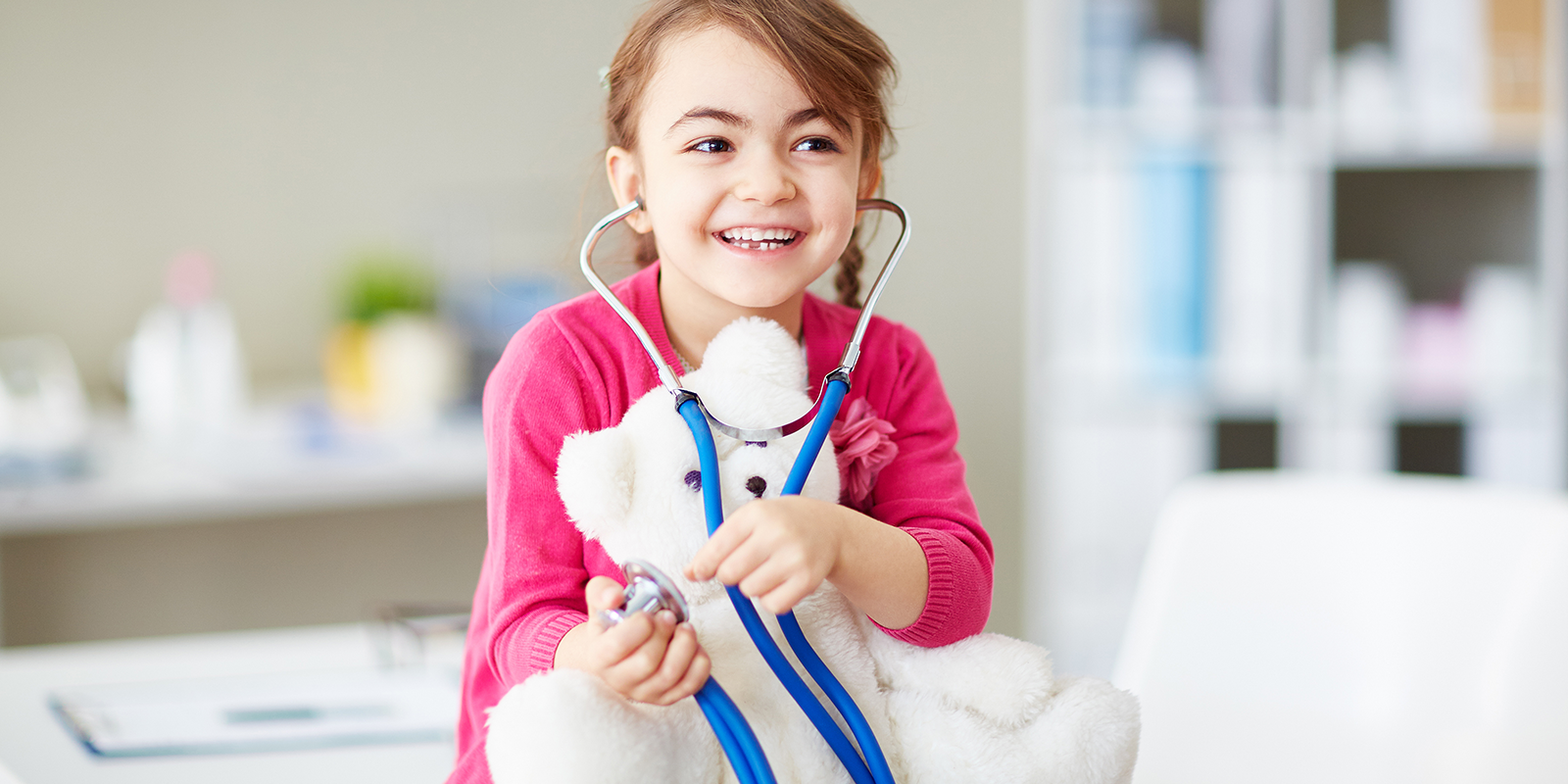 David Frazer, CEO of the National Pediatric Cancer Foundation (NPCF), discusses pediatric cancer and the fight to find less toxic, more targeted treatments. Ten drugs have been developed for use in children with cancer since 1980 as compared to hundreds created for adults. He talks about the progress and goal of the company.

David Frazer is the organization’s chief executive officer, leading the fight to find less toxic, more targeted treatments. He joined NPCF with over 25 years of experience, with a career spanning the private, public service and nonprofit sectors.

Dave joined the National Pediatric Cancer Foundation (NPCF) in August of 2015. As the Chief Executive Officer, Dave leads the general and active management of the business affairs of the Corporation and a 25 member board of directors. The NPCF is headquartered in Tampa, FL, and is a non-profit organization dedicated to funding research to eliminate childhood cancer. NPCF is focused on finding less toxic, more targeted therapies by partnering with leading hospitals nationwide.

Dave possesses a Masters Degree in Education. Originally from Pennsylvania, he is married with two children and lives in Land O’ Lakes, Florida.

David Frazer: Wonderful Neal, thanks for having us.

Neal: As a CEO of the National Pediatric Cancer Foundation, give us just a bit of background about yourself and let’s talk about pediatric cancer and how it’s vastly underfunded.

David: Sure. I’ve been the Chief Executive Officer of the National Pediatric Cancer Foundation for a little over three years and I purposely have been completely rewarded with this role because it’s no longer a job, it’s a cause. And as many across the country know, pediatric cancer is the number one disease … killer of our children in our nation and we’ve got a lot of work to do. Forty three kids a day are being diagnosed, more than 1,7000 thousand will lose their lives and because of the way that these kids are being treated, it averages about 95 percent more than will have lifetime impairments because of the types of treatments they are receiving. So that’s what we’re all about, is to raise awareness and do research to find answers for those types of treatments that are less toxic and more therapeutic.

Neal: Now these are our kids that we’re talking about. Let’s talk about how much funding for cancer research goes into pediatric cancer. I mean cancer is the disease, the research funding funnel. What is it about childhood cancer that differs so greatly from other cancers, say in adults?

David: The biggest anomaly is that only 4% of our government funding in total for cancer research goes towards pediatric cancer research and there are many reasons for that, there’s mortality and morbidity numbers, population numbers. But our view of that is it’s not good enough. Children have their entire life to live, so it’s our goal to find more money to do more research where other entities like the government or pharmaceuticals will not or cannot. So there are a lot of good groups out there working on it, but the National Pediatric Cancer Foundation is now the top-rated charity according to Charity Navigator. Out of the 10,000 charities that are ranked, we are the top one percent for fiduciary responsibility because 89 cents of every dollar that we raise goes straight towards that research anomaly.

Neal: Now would you say that the toxicity of the drugs is one of the reasons that more drugs aren’t being developed for pediatric cancer as opposed to some of the other reasons for  the low level of funding?

David: Yeah, I think the toxicity has somewhat to do about it. I mean it is it is 1915 nuclear medicine, as what we call it, but that works to a degree but I think there are many products that are out there, there’s more than 10,000 drugs available for adults but there are only 10 approved medicines for pediatric cancer treatment. So through our research efforts which we run a consortium of 22 hospitals across the country and we require those groups to collaborate together and one of the efforts that they’re working on is a new product that’s being developed in the state of Texas through a large state grant that has high hopes for it to address sarcoma. And we now have just taken actually phase one human trial, so hopefully we’ll have drug number 11 on the horizon here very quickly.

Neal: Now you said that it’s, you call it 50s nuclear medicine, and very few of these drugs have been developed recently. How recent are we talking about has any new developments come about other than the one that you’re talking about that you just went into human trials with?

David: Well I think the most effort that has been done in the last ten years, one of those were well I shouldn’t say simple because a lot of work to it, but we studied a drug called Metformin  which is an insulin drug that is very common now to treat diabetes and we were able to combine that with a couple of other products. One type of medicine combined with Metformin or another or another, and we actually found that it had positive results in treating cancer. So I think in the last 10 years, the country has done a much better job at trying to find these different products that may be existing or or need to be invented or reinvented and we’re making significant progress.

Neal: You mentioned sarcoma, is there one type, is that the one type of childhood cancer that you’re working to develop this cure or this treatment for? There are several different types of  cancers associated with childhood, which would you say would be the number one priority as far as the NPCF is concerned?

David:  All of them, they’re all important. There are many types and we can rattle off all the different names, but we have 11 different initiatives, each one of those is addressing a different type of cancer. The one that really scares me is brain tumors and right now, through the University of Florida we have one of the largest brain tumor trials that we’re supporting to address the glioblastoma. And every single one of those strands of cancer is horrible, it’s something that we all know needs a lot of attention, so our purpose is to not just focus on one type of disease but all types. And if we could do more, we will. And the impairment areas as you addressed earlier is the lack of funding so the more people that we can expose our mission to, to let them know that there is a group out there, the National Pediatric Cancer Foundation that is doing great fiduciary work and managing these dollars to just do research, the more support we need. So if you have a donor that’s listening, we encourage them to go to National PCF org and make a donation every dollar will help and every dollar will be directly applied to our research effort.

Neal: When we’re talking about some of these drugs, the toxicity of some of these drugs and how they can affect young bodies, young developing bodies even though they’re dealing with cancer – do you think that maybe the shotgun effect, I guess basically, what I want to talk about is the importance of targeting the treatment?

David: Well I guess there are different schools of thought, do you do a shotgun approach or a rifle approach? I think both of those can be impactful. Our view is that going back to our founder who started this organization 27 years ago, it was her vision as her child went through this thing, that maybe there is something sitting in a test tube or a petri dish already. Maybe there is an answer in the ocean or in the jungle or in somebody’s backyard. If we’re not entrepreneurial enough to pursue those things and take advantage of every opportunity, then we’re not doing our job. So that’s our underlying philosophy, is we’re going to keep hunting and searching as best we can to try to find an answer that will make a difference and do less harm to these children.

Neal: Once again, if you could give our listeners the website where they can go and learn more and get involved with your efforts to combat childhood cancer?

David: Yeah, our website is www.nationalpcf.org. And when you go there, you are going to learn some exciting things. We have one partnered with The Biden Cancer Initiative with former Vice President Joe Biden and we’re working on an effort to author standards of care for relapse patients. We also are raising funds across the country through some of our outreach events and one of the most delightful things we do is called Fashion Funds the Cure where it’s a typical fashion show but what we do is we have children that are battling, at one point they walk the runway dressed based on what they want to be when they grow up and of course then we pair them with people from that profession. But that sends a very resounding message of hope and inspiration that we can we can battle this disease, we can defeat it and these kids can live a more productive life. So yes, join us at nationalpcf.org, we’d appreciate it.

Neal: Thank you David. David Frazer, CEO of the National Pediatric Cancer Foundation, it has been a pleasure speaking with you this morning.