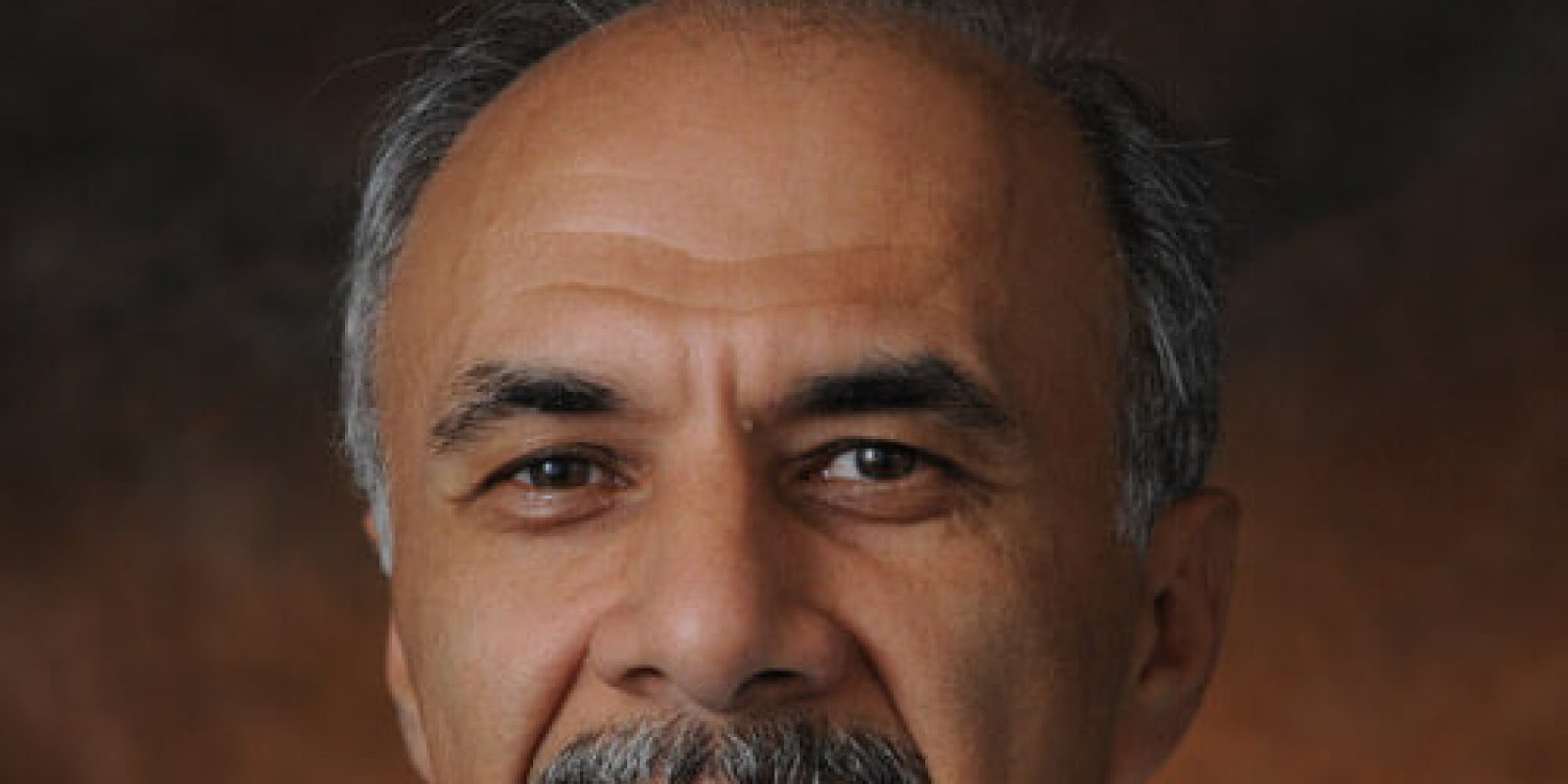 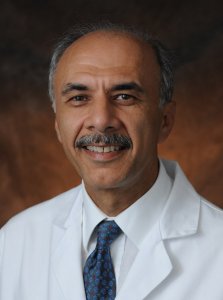 Segment overview: In this segment, Dr. Sami L. Khella discusses the disease known as hATTR amyloidosis and why facilitating a faster diagnosis and path to treatment is critical for patients.

Neal Howard: Hello and welcome to Health Professional Radio. I’m your host Neal Howard here on this Health Supplier Segment, thank you so much for joining us today. Our guest in studio is Dr. Sami Khella. He’s Chief of the Department of Neurology at Penn Presbyterian Medical Center and he’s here with us to talk about a rare and often misdiagnosed hereditary disease, some treatment options, and faster diagnosis. Welcome to Health Professional Radio Dr. Khella.

Dr. Sami Khella: Thank you so much.

N: Thank you. As a neurologist, talk about this rare hereditary disease.

K: This is really a disease that affects many organs in the body.

N: All at the same time?

K: Well no, at different times and sometimes at the same time. It’s a very variable disease from individual to individual. But the main organs that it affects are often the heart, the nerves in the body as well as the gastrointestinal tract, and sometimes the kidneys as well. But primarily, it’s a disease of the heart and of the nerves.

N: Now it is a hereditary disease and it’s called ‘HATTR Amyloidosis’ (crosstalk)

N: Yes it is and I do these interviews often and I’ve never come across (laughs) it.

K: Right. That attests that it’s a rarity doesn’t it? So Amyloid is really a transformation of a normal protein so the TTR proteins really stands for ‘Transthyretin’ which is a protein that we all have that carries the thyroid hormone and it carries a red retinol that goes to the eye. That protein TTR is made in the liver and when people have the genetic mutation, the protein is not formed properly so one of the amino acids in the chain is abnormal or is replaced by a different amino acid depending on the mutation. For example in African Americans, which is the most common mutation in the world, is one that happens in African Americans where there’s one of the amino acids is replaced by another. When that happens, the protein then becomes misfolded. When the TTR protein is misfolded because of not made properly, it then becomes insoluble and it deposits in the nerves, and it deposit in the heart, and causes destruction of those organs.

N: How fast are we talking about an onset of the destruction of these organs with this disease?

K: That’s a really very interesting question. The reason it’s so interesting is probably that this disease starts when people are fairly young so probably in their 30’s, late 20’s, early 30’s but may not really show up, may not manifest clinically until people are in their 50s, or 60s, or 70s even. The exciting part about treating this disorder today is making a diagnosis very early on because there are so many different treatments that are available.

N: Now how often is this rare disease misdiagnosed? And how many people are estimated to suffer from it, if it is a rare disease?

K: Right. If you sit in my office here at the University of Pennsylvania, you think like this is a disease that’s coming out of the woodwork. It’s so common because we see such a large number of these patients. But really, there are probably an order of 50,000 or sub people worldwide and in the United States, maybe 2,500 or 3,000 people with the diagnosis of the disease. But the thing is that, this is probably a way underdiagnosed. As you said, it is difficult to diagnose and it can take up to 3 years to make a diagnosis from the time a patient becomes symptomatic.

N: Now is that estimated time period from symptoms to proper diagnosis? Is that due to the slow progression of the disease? Or to misdiagnosis based on symptoms that mimic other things?

K: Right, exactly. So it’s mostly a combination of those things. When people get it in their nerves for example, they all get numbness and tingling which is very common nerve conditions like diabetes, and alcoholism, and drugs can cause nerve disease that causes numbness and tingling. The thing with amyloidosis is that it’s progressive and it’s relentless because this can be a fatal disorder. The thing about it is that people don’t think of it until the patient has really progressed and they’ve gone from doctor to doctor trying to figure what’s going on. Until somebody says, ‘Oh yes, maybe it’s amyloid’ and then goes on to do very specific testing for it. The testing is tricky too so that’s another reason why it so hard to diagnose.

K: Right, exactly. There are combination of symptoms that should be a red flag for amyloidosis. If you have a man or a woman in their 50s or 60s with heart failure for example and they have a remote history, 20 or 30 years prior having had carpal tunnel surgery. That starts to give you a red flag that, ‘Hey, there is something going on that might affected the nerves a long time ago and it’s now affecting the heart.’ Especially, if that patient also have diarrhea and constipation that alternate and then they also develop orthostatic hypotension so when they stand up, they get light headed and then dizzy. That’s a fairly classic presentation of amyloidosis where you have gastrointestinal symptoms, you have heart symptoms, and then you got a prior history of carpal tunnel, or symptoms of a peripheral neuropathy with weakness. When people have numbness, tingling, and weakness, that’s a red flag for amyloid.

K: The disease, the amyloid protein, the TTR amyloid will deposit over the flexor retinaculum which is the covering of the carpal tunnel. It causes the pressure on the tunnel which can then pinches the nerve. That is a process that begins very early in the disease in many mutations. It’s really the covering of the nerve, sometimes it affects the nerve itself as well but that tends to happen later on in life. Carpal tunnel is a very common condition, many, many people have carpal tunnel all the time and they don’t have anything else. But if they have an additional history of heart failure or a more generalized neuropathy, then you have to think about amyloid.

N: When a diagnosis is made, how complicated are the treatment options? Or are treatment options available depending on what other conditions the patient may have? Maybe some neurological conditions, or maybe age, or something else contributing to their health that’s unrelated to the disorder?

K: Sure. Before we get to treating the patient, you have to make the diagnosis and one of the way to do this by genetic testing. In the United States, actually Alnylam of the pharmaceutical company has a program called ‘Alnylam Act’. There’s a website alnylamact.com, where the genetic testing is free through that program. Once you make the diagnosis of the genetic disorder, then you can do a couple of things. A patient can have early on in the disease can have liver transplant because the TTR protein is made in the liver, because you take the liver that’s making the bad protein out and give the patient a new liver and that tends to arrest or slow down the disease significantly in certain mutations and certainly, early in the disease and that’s the whole idea of making the diagnosis early on. The other thing is these new medications that are being tested now, one is through company called …, the other one is ‘Alnylam’, where the TTR protein levels are reduced so these are suppressors of the formation of the protein by different mechanisms and that in at least in animal models and then the preliminary human data is looking very promising in at least slowing the disease down. An old non-steroidal would actually tested in placebo controlled trial. The non-steroidal is called the ‘Diflusinal or Dolobid’, is the old name for it. It’s not a … one to use anymore as a non-steroidal, but it seems it work in peripheral neuropathy from hereditary amyloid. There’s a number of different ways of treating this disease now and it’s important that we can make a diagnosis as early as possible.

N: Alnylam is only available in the United States, is that correct?

N: Great. And where can our listeners go online and get more information about Alnylum?

K: They can go to alnylumact.com, through that website and it’s fairly self-explanatory.

N: Well thank you for coming in speaking with us today Dr. Khella.

K: It’s a pleasure. Nice to meet you.

N: You’ve been listening to Health Professional Radio. Transcripts and audio of this program are available at healthprofessionalradio.com.au and also at hpr.fm. You can subscribe to this podcast on iTunes, listen in and download at SoundCloud.