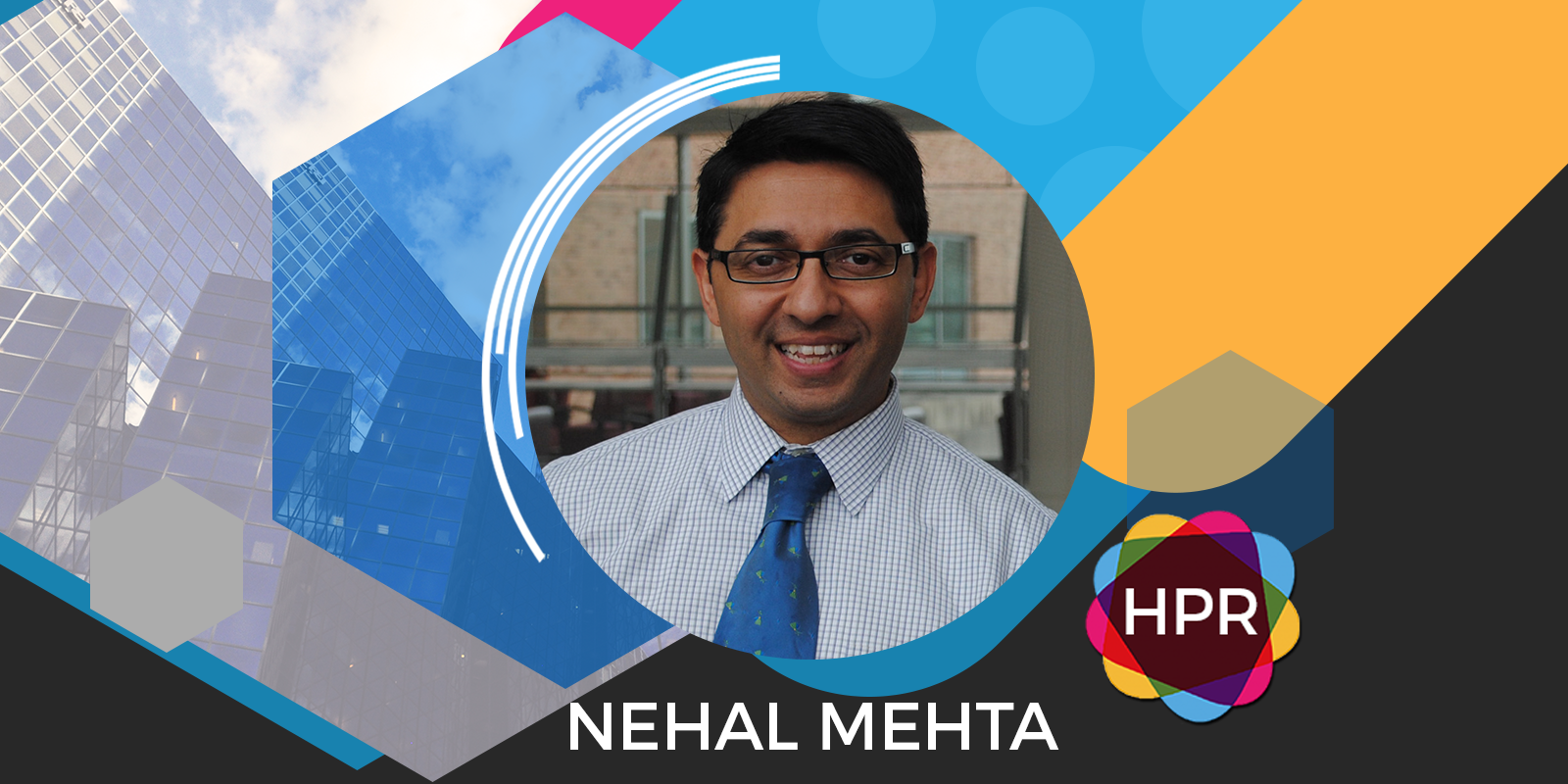 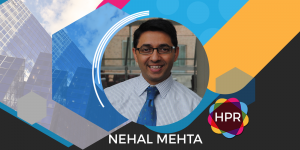 Guest Bio: Dr. Nehal Mehta is the Chief of Inflammation and Cardiometabolic Diseases at the NIH in Bethesda MD. He is also a Professor of Clinical Medicine and an active attending physician in the coronary care unit at George Washington University. Dr. Mehta is an expert in general cardiology, lipidology, metabolism, and chronic disease effects on dyslipidemia. He has clinical and research interests in moving epidemiological observations into translational studies in humans, studying how inflammation affects insulin resistance, the metabolic syndrome, lipoprotein function, and atherosclerosis. He is a board certified in internal medicine, cardiology, and nuclear cardiology, and he utilizes novel imaging techniques to understand the effect of various exposures on subclinical atherosclerosis. Dr Mehta’s lab discovered that chronic inflammation in the body can be treated to reduce vascular diseases, and he is the PI on five major interventional trials as well as PI on a large cohort study following patients with inflammation over several years to understand the effects on cardiometabolic diseases.

Neal Howard: Welcome to Health Professional Radio. I’m your host, Neal Howard. Thank you so much for joining us here today. Our guest is Dr. Nehal Mehta of the National Heart Lung and Blood Institute and he’s joining us here today to talk about a study that was presented at the Society for Cardiovascular Angiography and Interventions 2018 scientific sessions. Welcome to the program, Dr. Mehta. How are you?

Dr. Nehal Mehta: I’m great, Neal. Thank you for having me.

N: Great. Well, I know that I told our audience that you were with the National Heart Lung and Blood Institute. Give us a brief background about yourself and talk about how you’re involved with the Cardiovascular Angiography and Interventions 2018 scientific sessions.

M: Absolutely. So my name is Nehal Mehta. As you’ve said, I’m a preventive cardiologist and a nuclear cardiologist who came to the National Heart Lung and Blood Institute as the inaugural Lasker scholar award which is a program to foster clinical research at the National Institutes of Health. So I came about five years ago as a cardiologist with the goal of understanding inflammation and heart disease and how we might be able to control inflammation in order to mitigate heart disease and my involvement with the SCAI, the Society for Cardiovascular Angiography and Interventions, the involvement was we had submitted original research from our research program asking whether or not we can take coronary artery plaque or hardening of the coronary arteries or the heart arteries and we asked the question if we treat patients with an inflammatory disease, can we make that heart artery disease go away just by treating the inflammation? So we put together this study and we presented it in San Diego just a few weeks ago and really we can kind of dive through any parts of it but that was my involvement with SCAI.

N: So as far as that question that was posed, what is the answer? Can we reverse this disease just by treating the inflammation or is there still a long way to go?

N: Where can we go and learn more about the study and about psoriasis as a whole?

M: That’s a great question. So there are two resources that I would urge people to access. First of all, there is a group called the National Psoriasis Foundation on which I am a very large supporter. They are a patient advocacy group and you can go to the Psoriasis Foundation’s website by just googling NPF National Psoriasis Foundation and there they will describe, “Okay. So you have psoriasis – what things can you do.” The second is if one already has psoriasis and would like to understand their risk of heart disease, I would urge them to look up my website which is psoriasis.nhlbi.nih.gov. It could be found by just googling my name and it’ll come up under the psoriasis risk program. I would urge people to use this moment to just remember that I am struggling to educate people about this association whether they take therapy or not is not my concern up front. My first concern is people should know that information does, in fact, increase your risk of heart disease and diabetes and by reducing this inflammation, I believe we may have benefits beyond just what you’re reducing the inflammation for but the message would be that’s where we need more ongoing studies. So I would access the NPF website. I would look us up and then if they still have questions, they’re more than welcome to just shoot me an email which is nehal.mehta@nih.gov. I’m always here to help.

N: Great. I thank you appreciate your time today, doctor.

M: Thank you, Neal. Have a great day.

N: You do the same. You’ve been listening to Health Professional Radio. I’m your host, Neal Howard. Transcripts and audio of the program are available at healthprofessionalradio.com.au and also at hpr.fm. Subscribe to our podcast and be sure to visit our affiliates page at hpr.fm and healthprofessionalradio.com.au. Subscribe to our podcast on iTunes, listen in and download at SoundCloud.