What is Genetic Counseling [Interview][Transcript] 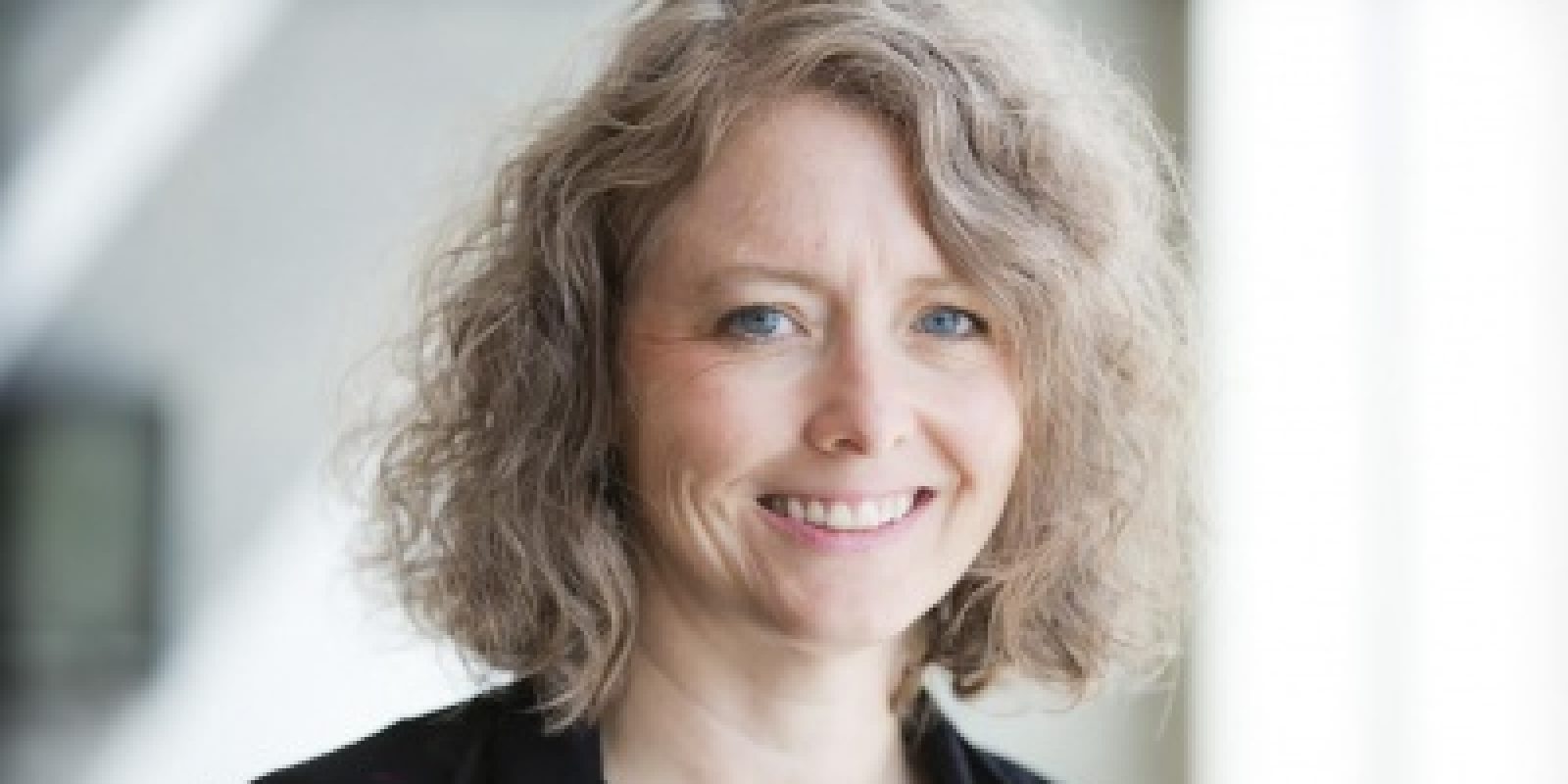 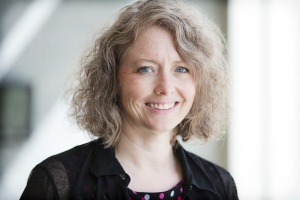 Guest: Tricia Paige
Presenter: Neal Howard
Guest Bio: Tricia Paige is a Senior Director with the JScreen program at Emory University in Atlanta, GA. At Emory, Tricia has worked as the Director of Genetic Counseling Services, Program Manager for Newborn Screening, and the Assistant Director of the Genomics and Public Health Program. In her current position, Tricia focuses on improving the delivery of genetic services from both an individual and public health perspective, especially in the realm of preconception carrier screening.

Segment overview: Tricia Z. Paige, MS, CGC, LGC, instructor at Emory University School of Medicine, discusses what genetic counselors do, genetic testing, the types of conditions/diseases that can be tested, and how genetic testing helps patients.

Neal Howard: Welcome to Health Professional Radio, I’m your host Neal Howard. Thank you so much for listening today. Our guest in studio is Tricia Paige, Senior Director with the JScreen program at Emory University in Atlanta, Georgia. After receiving her Bachelor of Science in Genetics from the University of Georgia, she received her Masters Degree in genetic counseling from the University of Texas Health Science Center at Houston and her certification from the American Board of Medical Genetics. She is here today to talk with us about what genetic counselors do, genetic testing in general, the types of conditions and diseases that can be tested and identified genetically. And also how genetic testing has been helping patients and maybe able to help them in their future. How are you doing today Tricia?

Tricia Paige: I’m doing great. Thanks for having me.

N: Thank you so much. Genetic counseling there are all types of counseling specially these days are counseling for everything. You name it, there is a counselor for it. But when it comes to genetic counseling are we talking about trying to choose maybe the sex of a child or something like that or maybe determining whether or not a child is going to have some type of disease or deformity?

T: Right. So genetic counseling is interesting, it’s really changed today that I started. When I began much of genetic counseling was related to pregnancy and trying to find out if there maybe a problem with you pregnancy or you might pass on a specific disease to your children. Today there are genetic counselors who specialize in many, many different areas mostly because we know so much more now about the impact of genes on health. And so genetic counselors, we are trained especially in the field of medical genetics, so we have a deeper knowledge in that subject area but we also have training and counseling. So we’re able to help people make the best decisions for themselves and for their family in terms of giving one testing or kind of testing and also maybe just adjusting to information that they might learn.

N: Are there specializations within genetic counseling as a career?

N: No. So as far as specializing are we talking people that are involved more in research or actually hands-on with patients or are we talking about a specialist counseling other doctors on how to deal with their patients on a genetic level?

T: So there are genetic counselors who spend all day, everyday working with patients, directly with patients. And then there are counselors who maybe work for a laboratory. And in that situation they spend a lot of time helping to interpret the findings from a person and also explaining the results to physicians. The physician in general unless they have somebody who have been exposed to genetics or if something that already really ingrained in their field, there are many of them are in need of help they’re just trying to understand what the reports says and what it means. And so there are genetic counselors who are directly involved and relaying that information. Their kind of sets sort of that intersection from the healthcare providers and the public and try to patch that gap for people as much as possible.

N: Now what types of diseases can be detected early enough to do something about them on a genetic level? Are we talking about early cancer and other disease screening, but that is on more of an imaging or a biopsy level as far as early detection goes?

T: Yes, so it really can vary. So recently, I’ll just give you an example, so in the work that I do I work with screening people like couples planning to pregnancy so that they will know if they’re at risk for something and then they can take steps to protect their kids from these conditions or initiate treatment as early as possible but those are typically rare diseases.

T: Some of them may have heard of their common, the more common ones like cystic fibrosis or sickle cell disease. But in general many of them are very rare. Increasingly, we are able to look for more common conditions. And you mentioned cancer and I think that is really a great example. There are many genetic counselors who are involved in the cancer field because they surely proven effectiveness at this point. Not all cancers are genetic in terms of the fact that someone inherited their susceptibility to cancer. But in about 5-10% of cases, a person did inherent that susceptibility. And so for them, they usually will develop cancer early in life. They can development in multipole areas, it can sometimes be more aggressive. And so figuring out who these people are is really important. And finding out, like identifying them really ideally before they have cancer is because there are surgeries that you can do that will reduce your risk there, there are medications you can take to reduce your risk, there’s life savers you can do. So cancer is kind of leading the way in terms of things you can really do to someone more susceptible. But there are other examples that are coming along too. And it really it just depends on what, again we’re kind of identifying what people are susceptible for and hopefully intervening before they have any problems.

N: Now you’ve mentioned the importance of identifying people that have inherited or are prone to pass the susceptibility to say cancer for example onto others. Are we talking about blanket genetic testing when someone is at their healthcare provider or at the hospital for routine or maybe even emergency? It’s kind of like if a person gets arrested they automatically get finger printed. You know what I mean? Are we talking about something like that? Is that would be what your goal is or the goal of genetic counseling or the industry as a whole?

T: So I would say that that is not the goal of it all. I’ll give you an example where that is the goal. So there the kind of colon cancer called “Lynch Syndrome” or it’s a condition colon syndrome that makes you more susceptible to colon cancer and other condition types of mostly colon cancer.

T: And for now there are efforts under way to set up screening for anyone who is newly diagnosed for colon cancer. And because they can actually test the tumor itself and it will give you a really good indication of whether or not this person does have this inherited susceptibility or a change in their genes that can cause that Lynch syndrome. And so many hospital across the country are trying to work on doing that so that we can catch not only people who have that, because they need to be treated a little bit differently. But also on the other 50% of their case are gonna be at high risk. Their siblings are gonna be high risk. So they haven’t developed cancer yet, then they can have more frequent colonoscopies and then we can catch things super early when they’re very treatable so that’s kind of the goal.

N: And finally Tricia you are an instructor at Emory University. Could you talk a little bit about what you’re involved in at Emory? And maybe if you are the only program of your type or are there other learning institutions involved in similar programs?

T: Right. So I am one of the senior directors for the JScreen program. And JScreen is a specifically focused on trying to promote screening before pregnancy. So for people who are new couples or people that are trying to become pregnant we want them to know as much information before they become pregnant, as possible if they may unknowingly be at risk for having a child with any of this conditions that can be really devastating. So we’re doing it in a different way and that we set up a national genomic screening program. They can access that through the web at jscreen.org. And they subsidized the cost of testing, so it’s much cheaper that it would be otherwise. And we’re doing all of these things because not everybody has a genetic counselor. Right down the road, there is one genetic counselor for every 80,000 people…

T: And so it’s such a shortage that we just have to get creative about helping people to benefit from this kind of technology, in a way that you can’t do if you rely on this sort of faith kind of traditional appointments. So we’re pretty proud that we screen thousands of people at this point and really help people that, again may not have been able to get to it in any other way.

N: You’ve been listening to Health Professional Radio. In studio today with us is Tricia Paige, Senior director with the JScreen program at Emory University in Atlanta, Georgia. And she’s been here with us today talking about genetic counselors, what they do, how they become genetic counselors, genetic testing in general and the types of conditions and diseases that can be detected and treated early as a result of genetic testing. It’s been great having you here with us Tricia.

T: Yeah, thanks so much for having me.