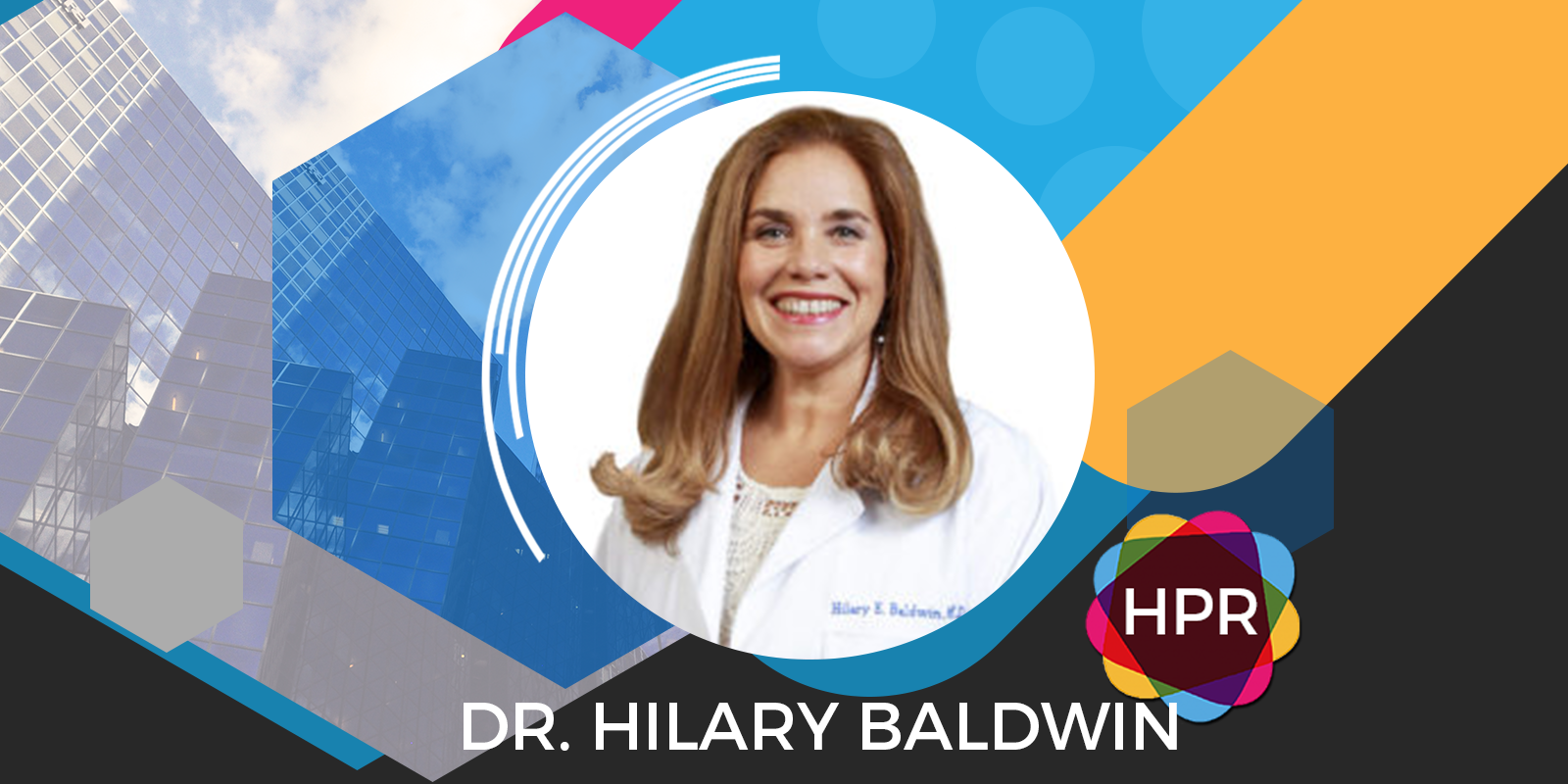 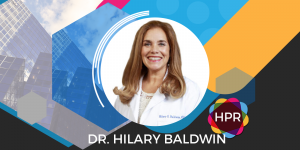 Guest Bio: Dr. Baldwin, the Medical Director of the Acne Treatment & Research Center, is a board certified dermatologist with nearly 25 years of experience. Her area of expertise and interest are acne, rosacea and keloid scars. Dr. Baldwin received her BA and MA in biology from Boston University. She became a research assistant at Harvard University before attending Boston University School of Medicine. She then completed a medical internship at Yale New Haven Hospital before becoming a resident and chief resident in dermatology at New York University Medical Center. Upon graduation and board certification in dermatology, she joined the faculty of the dermatology department at The State University of New York, ultimately becoming Associate Professor and Vice Chair of the department. Over 20 years at SUNY she cared for patients, taught countless students, and conducted numerous clinical studies. Dr. Baldwin has lectured extensively both nationally and internationally and published prolifically in journals. She served as a founding board member and second president of the American Acne and Rosacea Society.

Dr. Hilary Baldwin: I’ve been fine. Thank you. Thanks for having me back.

N: Well, for those of our listeners who may not be familiar with you, describe who you are briefly. Talk about your practice and the patient’s that you normally see.

H: Well, I’m a practicing dermatologist and I see patients in both Brooklyn, New York and Morristown, New Jersey at the Acne Treatment and Research Center. I’m basically at this point in my life doing all acne rosacea all the time. Those are the kind of patients I see from the mildest to the most severe.

N: We’re here today to talk about some of the triggers, some of the symptoms and some of the latest treatment options for rosacea. What exactly is rosacea for those of our listeners who aren’t familiar with it?

H: Well, it’s a chronic inflammatory disease of the skin primarily the face, primarily at the center of the face and patients manifest with generalized redness, easy flushing and blushing, pimples and pustules and occasionally eye disease, the eyes feel gritty and/or red-rimmed and occasionally rhinophyma formation, most likely on the nose but sometimes on the chin and the forehead. That last feature is seen primarily in men. So not everybody has all of these manifestations. Most people have a combination with one or more of these features being most prominent but that’s the overall picture. I think the important word in that whole introduction is the word chronic and inflammatory. This is not an infectious condition. Therefore, according to our current efforts to be good stewards of antibiotics really doesn’t need to be treated with full dose antibiotics.

H: Yes. Neal, sometimes it’s not so easy. In rosacea patients, they’re more commonly women. They’re more commonly older than your average acne patients. It’s usually about 30 to 50 that we start to see it, most of their involvement in the center of their face with a lot of background redness and most importantly I think is the absence of blackheads. Blackheads are always seen, very very commonly seen in acne and if you see sort of monomorphic red papules in the center of the face of a slightly older woman, it’s more likely to be rosacea than acne. But it’s not always that easy to tell.

H: It’s certainly less likely than acne. It’s estimated that they’re about 60 million acne sufferers and only about 16 million rosacea sufferers in the U.S. So it is very common but it’s not a genetic inevitability. Even if you live long enough, you’re going to get it the way as with acne. I agree with you. 85 to 100% of people have acne during their earlier years and so it only depends on how severe it is, right? Everybody has a couple of pimples but some people have a lot.

N: What are some of the triggers for rosacea once you become, I guess for lack of a better term, a candidate for it?

H: Right. Well, some people say that they have triggers and other people don’t seem to have them. The most common triggers are cocoa powder, chili powder, alcohol especially red wine, hard cheeses, a coffee, tea, hot beverages in general and then all sorts of environmental things like getting annoyed, getting angry, getting excited, being in the Sun, being in the cold, all sorts of things can trigger, and exercise of course. People say that when they exercise and then they stay red for a good ten minutes afterward. But the good news is that these triggers can be suppressed with simple behavioral techniques and there’s great medication to help with the rest. We don’t have to suffer in silence anymore.

N: Now, just to be clear, these are triggers not allergies, right? Some of these things that you mentioned because stress is in there, okay? And I guess we’re all allergic to stress, right?

N: Absolutely. When it comes to everyone being susceptible to acne at some point in their early lives and then some people being susceptible to rosacea, what are some of the myths and misconceptions about rosacea that a lot of us probably walk around with our heads wrapped around that are completely wrong?

H: Yes. Well, absolutely the number one is that that red face especially in the center of the face and sometimes some broken blood vessels is due to excessive drinking and that’s simply not a true statement. It has absolutely nothing to do with that. What it probably does have to do with is that rosacea is more common in light-skinned individuals and since the demographics are 30 to 50, it’s entirely possible that you’re light-skinned more than European folks who have a tendency to redness as they get older are merely fulfilling their genetic destiny.

N: Very briefly what are some of the latest treatment options for rosacea?

H: Well, we have a lot of great things. That was asked 15 years ago to give a talk on what’s new in rosacea and there was nothing to talk about. But in the last 10, 15 years, we’ve made enormous drives at finding medications which are primarily anti-inflammatory and no longer antibiotic in nature. Because the problem is that the tetracycline class of antibiotics does a really good job on rosacea. We just don’t need the full strength antibiotic. We can use anti-inflammatory doxycycline. There’s a formulation out there that’s virtually available called Oracea which sort of targets the papules and pustules from within. If you don’t mind, it decreases the inflammatory process. Although it is made of doxycycline, it’s a very low dose. So it does not promote the development of antibiotic resistance. So that’s our oral FDA-approved treatment and then we have several topical treatments that are FDA-approved. Most recent of which is Ivermectin cream which goes under the trade name of Soolantra which is a highly effective cream. It’s once a day, very tolerable and can make patients better really quite fast. I’ve seen some people getting better for example as early as two weeks. They show response much more rapidly than just acne. Then, of course, we also have laser and light treatments to help to repair the background redness and so the quote broken blood vessels unquote. There are also new facial constricting topical creams. There’s two of them. One goes by the name Rhofade and the other by Mirvaso and they both constrict the blood vessels so that you don’t have to walk around looking beet red during the day.

N: Now, once you have laser surgery, is there any further need for these topical or even oral solutions or the laser pretty much takes care of it?

H: Yes. Well, that’s a very good point. The laser is really only for the redness of rosacea and so you still need those medications if you have the pustules and the papules. So you often need both but you’re quite right. Once you’ve used the laser treatment for a considerable number of
treatments often you don’t need to treat the background redness anymore with medications.

N: Where can our listeners go and learn more?

H: Well, there are lots of places that they can go. They can go to rosacearelief.com which can tell you all about rosacea in general and how it’s treated and then there is the American Acne and Rosacea Society that has the website as well as the National Rosacea Society. The National Rosacea Society is much more geared towards the patients themselves but it’s a nice place to find handouts and ways to discuss this problem with patients and to recognize the amount of psychic sufferings that these patients undergo, having this disorder in the center of their face in the prime of their life.

N: Well, it’s been a pleasure talking with you again, Dr. Baldwin. I’m hoping that you’ll come back as things develop with acne treatment and rosacea and other inflammatory skin diseases and hope you’ll come back and give us updates.

H: It would be my pleasure.

N: You’ve been listening to Health Professional Radio. I’m your host, Neal Howard. Transcripts and audio of the program are available at healthprofessionalradio.com.au and also at hpr.fm. You can subscribe to this podcast on iTunes, listen in and download at SoundCloud and be sure to visit our affiliates page at hpr.fm.