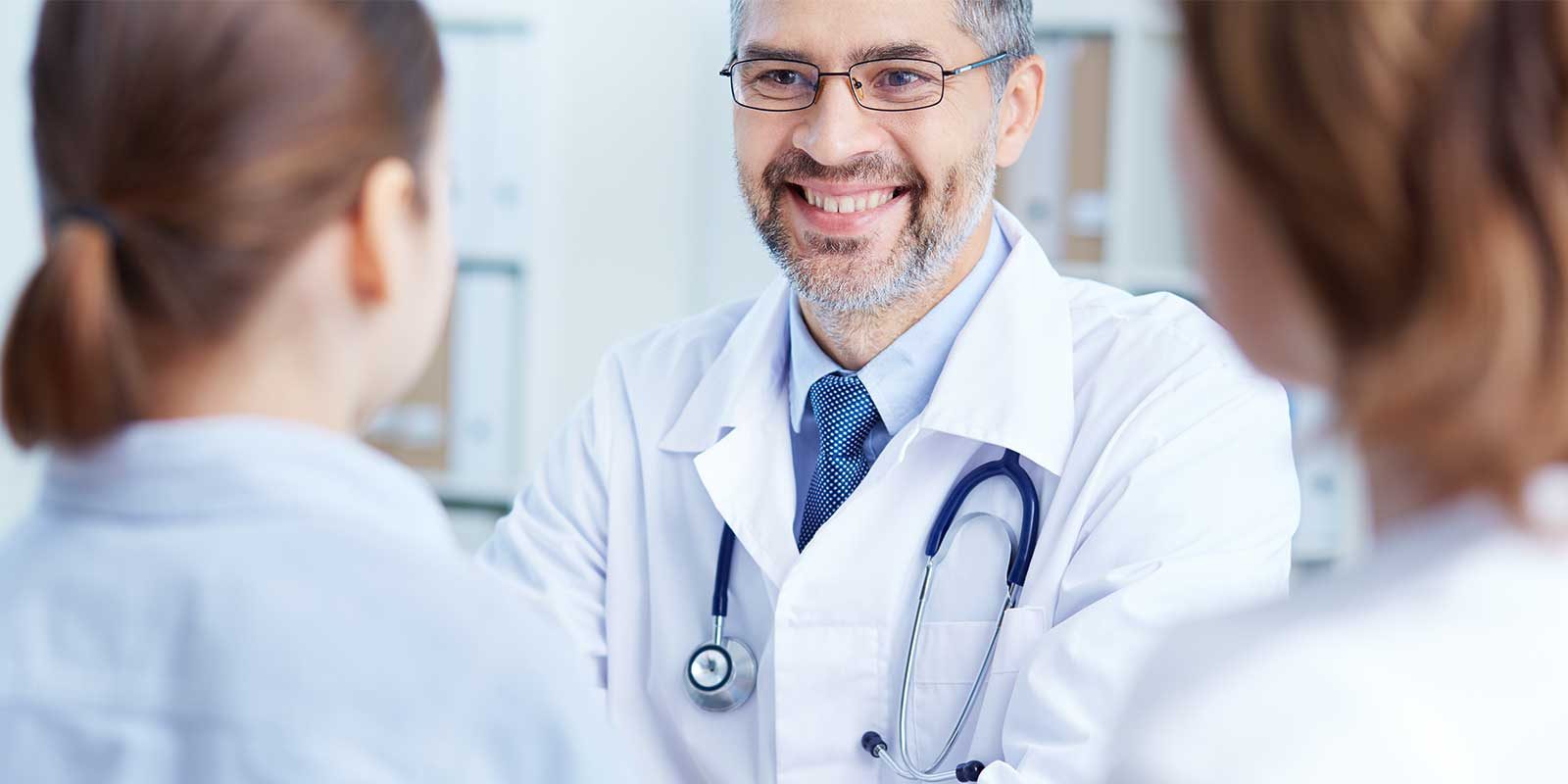 Alex Leyn, CEO of Aterica, talks about the Veta™ Smart Case for EpiPen, the first-ever comprehensive anaphylaxis and food allergy support system. The Veta system includes a “smart case” for EpiPen and an app that connects wirelessly to the smart case to provide real-time alerts and notifications. The Veta Smart Case replaces the stock epinephrine auto-injector case to provide a variety of connected benefits.

Alex Leyn is a co-founder, President and CEO of Aterica Digital Health, the makers of Veta Smart Case & App for epinephrine auto-injectors such as EpiPen. Alex has a deep drive and passion to develop practical and useful products to help individuals and families living with anaphylaxis and severe food allergies. Alex is an active start-up mentor and is credited with establishing several successful start-ups prior to Aterica. He holds a B.A.Sc. in Computer Engineering from the University of Waterloo.

Neal Howard: Hello and welcome to this Health Supplier Segment here on Health Professional Radio, I’m your host Neal Howard. Were’ going to have a brief conversation this morning with Mr. Alex Leyn CEO of Aterica Digital Health and he’s joining us on the program today to talk about Veta, the Veta Smart Case for EpiPen – the first-ever comprehensive anaphylaxis and food allergy support system. Welcome to the program this morning Alex, thanks for taking the time.

Alex Leyn:  Hi, good to talk to you Neal.

Neal: Now as CEO of Aterica, give us a bit of background about yourself and talk briefly about a Aterica. How long has it been in existence and what are they involved in other than the Epipen?

Alex: Well I’m one of the two co-founders and president and CEO of Aterica Digital Health. We’re the makers as you mentioned of the Veta Smart Case and app for different other injectors such as Epipen for example. We’re a startup company, so this is actually our first launched product but we do have other products that we’re working in the background as well. The company was founded in 2012 but we started working on Veta Smart Case in 2014 specifically to help individuals and families live with anaphylaxis every day because that vigilance is fundamentally really hard and we try to help a little bit with that side of it as well.

Neal: So this Veta Smart Case for the Epipen, is it for systems similar to the Epipen or simply for  the Epipen?

Neal: So what does this Smart Case do, how does it enhance the Epipen?

Alex: Well living with food allergies and anaphylactic food allergies is already difficult. There’s a significant vigilance cycles that has to be there. You’re checking all the foods, you’re double-checking all the foods, you’re talking to everybody around making sure that all the parents around your children are fully aware. It takes an entire village to do it and specifically, carrying epinephrine is a critical aspect. You need to have epinephrine with you at all times, at least two auto-injectors at all times for really good reasons. But we’re all human so we forget and we have lots of things that are going on, so basically the Smart Case helps you live with that. I can talk about a couple of functions that serve maybe it drives it home just a little bit. So right, so for example it’s pretty easy to forget your Epipen. You might have it in a different jacket or in a different purse or bag or something like that so one of the things the Veta Smart Case does is make sure that you don’t forget. It’s paired with a with an app for Android and Apple iOS and basically when you become separated from your smart case, you get notified and what’s really important is everybody else in your support circle, which is as many people as you want that you specifically invite, get notified about that as well. So then you have a chance to go back and grab it and we have a bright light and sound you can activate to make sure that you can find it very rapidly and frankly get on with your day. A couple other features that are important, so epinephrine is temperature sensitive and of course it expires so we monitor temperature and you have notifications available to you if it goes outside the temperature that you srt. So that’s for example if you use the Smart Case, let’s say going skiing or something like that and you put your epinephrine outside and the jacket pocket might not realize that it’s getting cold, you’ll get notified and have a chance to rescue the epinephrine itself. We of course monitor expiry dates and we’ll notify you ahead of time of that but a really important one is when the epipen is removed from the case, then your support circle is notified about that event and they can call or contact and if it is in fact an emergency situation, they can become involved as well. So that support circle it’s a really critical attribute that it’s a colloquialism but it’s more cliche but it’s it does really take a village to protect someone, both adults and in particular kids with anaphylaxis. So notifications to your entire support circle, your mom, dad and so on is absolutely critical as part of that application.

Neal: Now is the app automatically activating the support circle function or is that something that you can elect to decide to deactivate if you so desire?

Alex: Yeah, that’s a great question. We don’t usually have a chance to talk about it, but the app is highly configurable. What keeps both individuals and families is that the are in fact individuals and families and everybody has different lifestyles and requirements. So yes, you can absolutely every member of the support circle can configure every single notification. There’s both an email and the push notification on your phone and there’s other types of notifications coming as well. Things like location that one of the things that you can do for example is mom can see or you can see where your epinephrine or auto-injectors are on a map. But what’s really critical is that it’s okay for mom to see it sometimes, but it’s not okay for anybody else so we have entered an encryption and specifically into tracking features to ensure that nobody else can see it. And location control can be configured as well so for example if a teenager has negotiated to not be located, then they can turn off the location but if the epinephrine is removed that location, will still be sent to everybody in their support circle. Highly configurable.

Neal: How is the smart case powered? Is there a battery within it or do you charge it with a USB? How is it charged?

Alex: That’s another excellent question. So it’s powered by batteries, it’s powered by two Triple A alkaline batteries which is the second most available battery on the planet and second cheapest battery in the planet. But the interesting part is the batteries last for the life of the epinephrine. Typically, epinephrine expires somewhere in the ballpark of 12 to 18 months from the time it’s picked up from the pharmacy and the batteries will last for that time quite easily and the Veta Smart Case is that when you change your expired epinephrine, change the batteries and then continue not to worry about it for the next year or 18 months, it will last for that entire time. But we do monitor batteries just in case and you will be notified if the batteries are getting a little low and you have plenty of time to change them.

Neal: Is there any additional supervision required for this smart case when you’re dealing with teens and maybe some pre-adolescents when they’re having to deal with food allergies on a regular basis?

Alex: As I mentioned, there’s a lot of quite a bit of control available so a mom for example can configure the case for for a child but fundamentally it’s very straightforward to use. One interesting part is teens in this day and age, I guess I’m old enough to say that, teens of this day and age will never leave a phone behind. They’re continuously attached to their phone so the separation of the phone and smart case is a really good proxy for making sure that you don’t forget that, so that’s kind of one attribute. If somebody, if a child is not carrying a phone, the chances are quite high that someone else is always in the presence of that child and they’re carrying their epinephrine for them and so that works really well in those situations as well. So this works for kids that carry smartphones, pre-teenagers probably, for teenagers as well as young adults and adults in general as well.

Neal: So it’s basically an increase in that sense of security for the parent.

Alex: Yeah, I mean frankly I think the most valuable thing to bring here as a whole is the assurance. Being able to know what’s going on, be able to be notified if anything is happening because living with epinephrine and the allergies every day is just very very involved.

Neal: Where can our listeners go and learn some more about Aterica and about the Veta Smart Case?

Alex: So the Veta Smart Case is available for sale and actually we’ve just released a couple months ago so it’s available for sale now with delivery within a couple days both in the U.S. and Canada. We’re working on Australia, the UK and interestingly enough we have quite a bit of interest in Israel as well but a huge amount of interest in this, fairly a huge amount of interest in the UK as well. But right now it’s you can buy it in the U.S. and Canada. It’s available on amazon.com, just search for Veta Smart Case or you should be able to find it fairly quickly or you can buy directly from our website and our website has a lot more information. It has some really interesting videos, it describes all the features, there’s just not enough time to cover everything that’s there and the website is aterica.com and you can buy it from there as well and it will ship within a day as well.

Alex: Thank you very much, that was awesome.