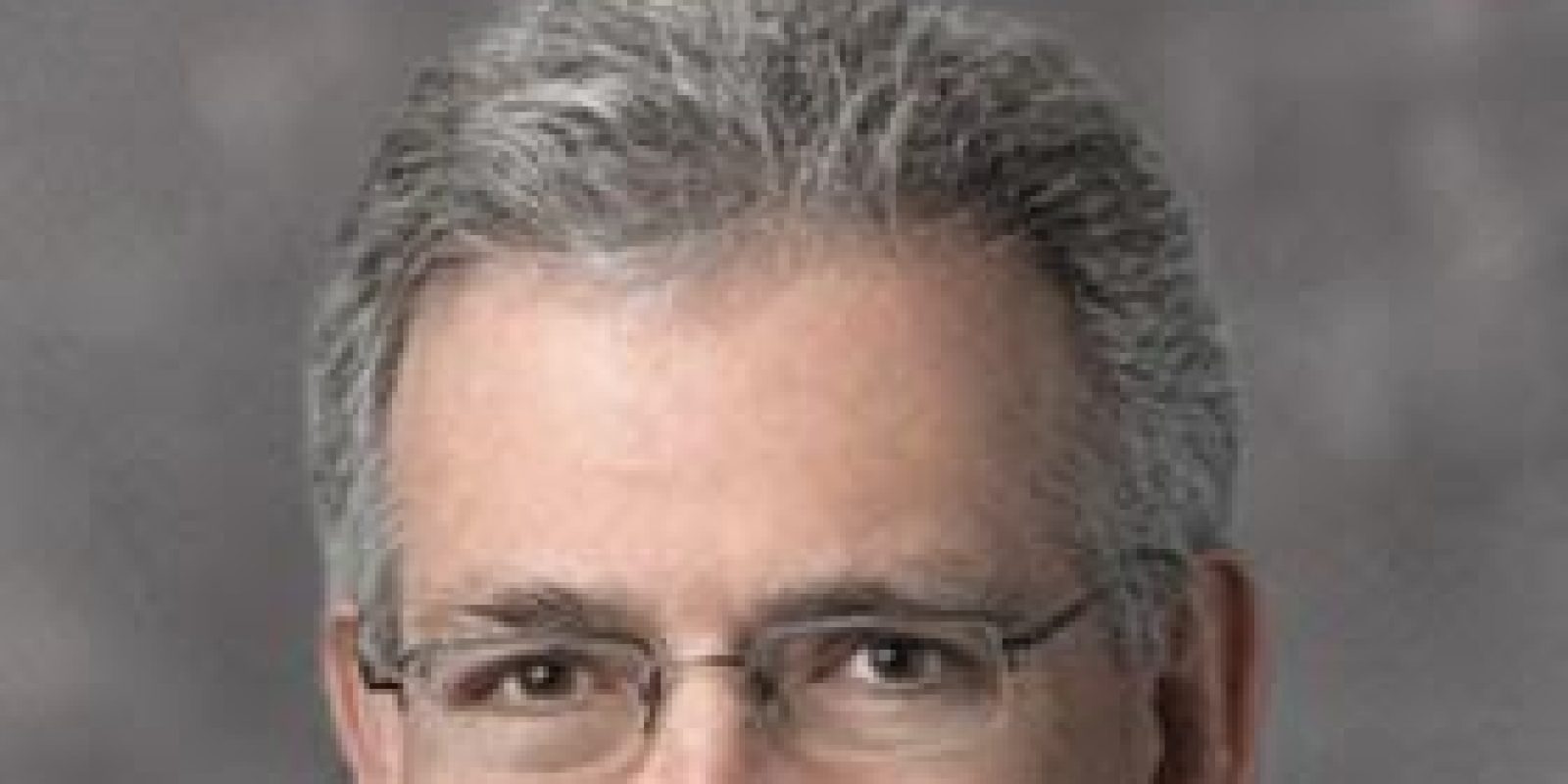 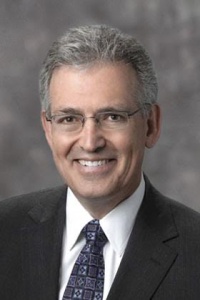 Guest: Wayne Lipton
Presenter: Neal Howard
Guest Bio: In 2005, Wayne Lipton founded Concierge Choice Physicians, LLC, where he
pioneered the innovative Hybrid Choice™ and FullFLEX™ models of concierge care. The models combine the best aspects of concierge care with the flexibility to blend seamlessly into an existing practice or to stand alone – whatever model best supports the physician and practice. Today, he is recognized as one of the most experienced and successful executives in concierge medicine.

Segment overview: Wayne Lipton talks about how hybrid concierge models can support groups/institutions and the consolidation of healthcare.

Neal Howard: Hello and welcome to Health Professional Radio. Thank you so much for listening today. The rise and popularity of urgent care centers raises some red flags in many, many people’s minds especially in the mind of our guest in studio with us today Mr. Wayne Lipton. Our guest warns us that while urgent care is fine for patients with issues that are simple, they can actually delay care for those patients who have more complex health issues and become absolutely well sometimes life threatening. Our guest Mr. Wayne Lipton has more than 35 years of experience in healthcare and business, including the past 10 years as Founder and Managing Partner of Concierge Choice Physicians, LLC. And he is here today to talk with us about how “Hybrid concierge” models of healthcare can supports groups and institutions and also to talk a bit about the consolidation of healthcare. How are you doing today Wayne?

Wayne Lipton: I’m doing fine Neal, thanks for having me.

W: Well as the government rolled out new plans that had certain benefits in vertically integrated systems and taking on risk contracts with affordable care organizations. And as I became a parent that there is a huge going to be a shift in compensation based on quality measures not just quantity measures, it became more important for hospital organizations and provider organizations to gobble up as much territory as possible. It was a land grab that has been going now for about 4 years now. And that has been a reason why many practices have been acquired, I think the other reason has been consolidation that many doctors and providers have specialists in particular have said “It’s getting so complicated and the reimbursement coming down. Let me see if I can still find a way to be compensated at a higher rate.” And a lot of the institutional on larger groups are still paid at a higher rate than to smaller independents and smaller groups. And so it was a way to reduce down the pain that’s been felt by doctors with compensation being cut. So the consolidation has led to some very interesting built up monopolies as well and so while on the one hand, it leads to supposedly some efficiency scale which I don’t believe there really are. I think that it leads to larger provider monopolies, which is think will make it tougher for insurance companies to drill them down further, and for the government to make their lives more miserable. To a large to consolidation had led to fewer and fewer independents and smaller groups. So that’s what I see at the consolidation effort in sort of … fashion.

N: Now how much collaboration or consolidation between these types of entities goes on or are we talking about’ each unto his own’ as the hospital takes care of the hospital, urging care industry takes care of itself and so on?

W: Well I think I’m on a board of a hospital and the emergency room is a very strong driver of its service and what it does it does in the community in this particular community. And so urgent care has a direct impact on emergency rooms. It’s something that have been embraced by hospital systems to have an effectively an urgent care arm or urgent care centers. My hospital building’s an urgent care center as we speak and an operating one. I think that it’s just a style of delivering that is being assimilated, it’s actually not just a competitor, it’s a style of providing care that has become a part of larger vertically integrated entities. Again they’re still interested in capturing a particular piece of business in order to do that, one way to do it is to urgent care business. I know a lot of hospital systems are doing that as well. So I don’t think it’s separate and apart, I think it’s all part and partial of this move towards consolidation. But interestingly concierge care has in its full model version and its complete full version which we do work with a number of doctors that do full services as well. They’re not consistent with that type of a service, they offer an alternative but they’re a very small niche. Hybrid concierge lets the doctors continue to deliver for a three-quarter over the time traditional services, or even more than three-quarters of their time. So for institutions, for larger groups, for hospital systems, the hybrid concierge model offers another avenue of revenue, and that being a more private avenue of revenue versus those third party payers and therefore can increment the revenue, can make the working environment much more appealing to the doctors and becomes a great alternative to just continuing in a traditional field of trying to fight for the crumbs that are being offered by insurers and by the government plans. That actually is now being embraced by more and more system as a in a test fashion now. And there’s yet another interesting thing that I tell you about Neal, a number of the practices that have been acquired by hospital systems in large groups were concierge style doctors particularly hybrid doctors. And they continue to run those programs. Then we’ve had a number of the managers of these institutions and these larger groups say “It’s a funny thing, the economic productivity of those doctors as far as superior to all the other practitioner, that we either have or acquired, so maybe it’s time for us to roll this out amongst all our doctors, because you know it makes sense.” We’ve been telling them that for years but I think they were distracted by what was going on with the vertical integration and with the ACOs and the changes in healthcare. Now all of a sudden they’re recognizing that this is a vehicle for increasing their revenue in a very fair and equitable fashion, because it’s consumer driven, it’s about going to the public and asking them “Would you like to participate in this?” and it’s a proven model.

W: No the other way around, three-quarters traditional and one quarter concierge, that’s a typical hybrid model. Yeah, yeah.

N: Okay, now that you set me straight and I do appreciate that. I don’t want to be wrong. And we’re seeing a little bit of this congestion of the Affordable Care Act and Legislation and procedures – that type of fall out. Are you saying that these new emerging models are causing less confusion on the part of those who are compensating doctors? Let’s say the insurance companies or are they scrambling to keep up?

W: I will say this, insurers and the government have a very strong interest in reducing down the cost of care. And yet if they reduce down the cost of care they’re concerned about sort of eviscerating the quality of care. So in order to adjust for that, they’re trying to build models that recognize the quality and pay a premium for quality performance. Not a very easy thing to do, not an easy to measure, but that’s the general concept. The problem is that the reward system is very small and their ultimate goal is still overall to reduce down the cost of care globally. So no matter how you cut it, no matter how you look at it, this is about saving money and the overall cost of care. Well if the sources of revenue are a fixed circle of money, a fixed universe money from government and insurance companies and you’re asked to compete, you don’t mind competing to try to be the best to get some incremental revenue, but it’s a fixed scheme. And so because it’s a fixed scheme, the hybrid concierge approach, enables those providers and those groups and larger groups to say “Alright well then we will see if we can increment our revenue by reaching out to private sources of revenue and that’s in essence what this model is all about. There’s no confusion on the part of insurers for dealing with non-coverage services and if you build the programs around non-covered services, you really have no confusion or what so ever.

N: Great, and I understand that you have a website where we can get more information about Concierge Choice Physicians?

W: Sure, if you go to www.choice.md that’s our website. And we list a lot of doctors we work with in about 23 states and large groups as well. And a fairly good amount of information is on that site or also they can call our offices and reach out any of us.

N: Thank you so much. You’ve been listening to Health Professional Radio, I’m your host Neal Howard. In studio today with Mr. Wayne Lipton, Founding and Managing Partner of Concierge Choice Physicians. We’ve been here in studio today talking about “hybrid concierge models” and also talking about the consolidation of healthcare. It’s been great having you here with us today Mr. Lipton.

W: Thank you so much Neal.