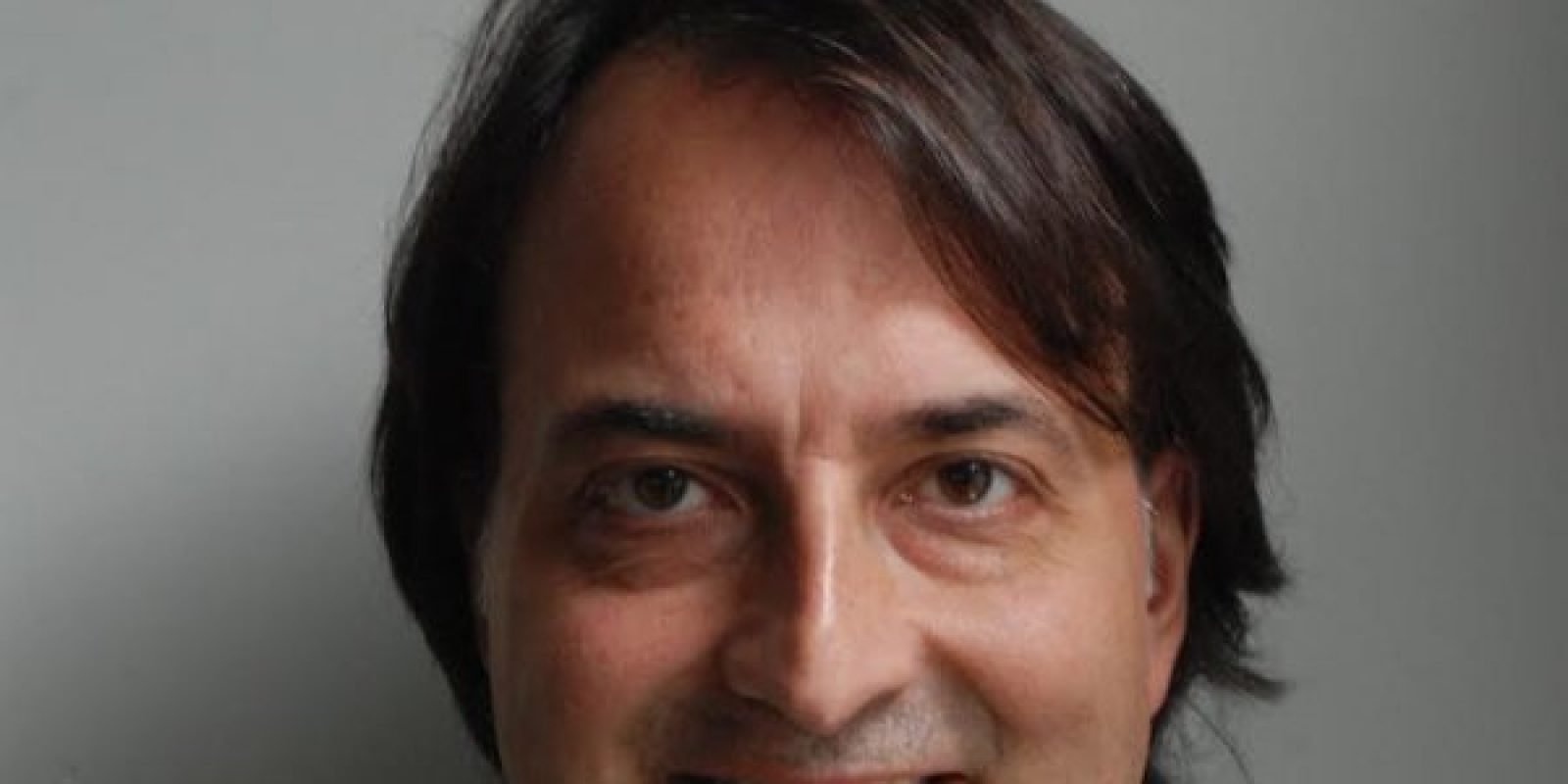 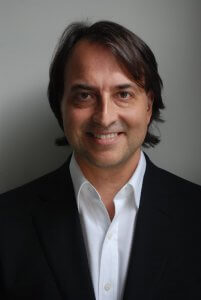 Neal Howard: Hello and welcome to the program, I’m your host Neal Howard. Thank you for joining us here on Health Professional Radio. A new study published in the peer reviewed journal Food and Nutrition Sciences showcases some compelling research findings that reveal the positive and health weight benefits associated with grain foods consumption. Our guest in studio today is Mr. Yanni Papanikolaou, Vice-President of Nutritional Strategies and he’s here to talk with us about this recent study and the future of nutrition and grains research. Welcome to Health Professional Radio Yanni.

Mr. Yanni Papanikolaou: Thanks for having me on the show Neal.

N: Thank you for returning. This new study that was published in Food and Nutrition Sciences, talk a little o our listeners about this study and how you are involved in it.

Y: Sure. My colleague and I, Dr. Fulgoni we were interested to understand how do Americans consume grain foods and we specifically looked at adults 19+ years of age and how do grain food patterns relate to nutrient intakes, overall diet quality and various health measures including things like body weight and waist sizes. And we found that a variety of grain foods are actually associated with several benefits and that eliminating these grain foods from the diet and this includes both whole and enriched forms of grains can have unintended consequences on diet quality and intake of essential nutrients. We saw specifically with body weight and waist circumference, adults who get most of their grains from pasta, cooked cereals and rice weigh nearly 7 lbs. less and have 1.2 inches smaller waist sizes versus the group of adults that we identified as consuming virtually no grains. It more so we saw that three dietary grain patterns composed of cereals, pasta, cooked cereals and rice and mixed grains had better overall diet quality when compared to those adults who consume no grain foods. And what’s interesting is that the mixed grains category, that was a really a mixed grains category, it had predominant source of grains in that group was from yeast, bread and rolls but we also saw that they consume some cakes, cookies and pies. So it shows that if you eat grains sensibly and keep calorie count in mind, you can have a good diet quality. We also saw that people who eat certain grain foods had more fiber, we saw this consistently across the grain patterns, higher calcium, higher magnesium, higher vitamin D and higher folate than individuals who consume no grain foods. And some of these nutrients have been identified as nutrients that are in short supply in the American diet, so again this is the first kind of its study that adds some valuable information to the current medical literature.

N: When I was young bread had no bad rap it all, now grains and bread in particular has seem to have gotten this bad rap. Why do you think that is here nowadays?

Y: Well that’s a great question Neal and I get this question a lot. You know how we always have a villain in a good drama? Well we always seem to want to create a villain in our diet and the villain currently is bread and anything made from white flour but this is constantly changing and it used to be at one point that eggs are bad for you and now experts and the latest dietary guidance messaging from the USDA suggest that eggs are healthy and are very valuable in the diet. Milk, the dairy foods have gone through this but emerging research shows that whole fat milk which contains more saturated fat than some of the lower fat varieties has benefits associated with cardiovascular disease and diabetes. So we’re starting to understand that maybe not all saturated fats should be treated equally. So right now going back to grain and bread being the villains but I think back to that saying that my mom used drill on my head ‘You’re judged by the friends you keep’ and bread I think is unfairly being judged by the friend it keeps and by friends I’m referring to the spreads that go on to the bread that can be high in fat and added sugars or the high fat, high sodium bacon that’s the topper but you spin that around and you have a bread sandwich made with low-fat cheese, a lean meat some green peppers and a splash of mustard, well now you have nutrient-rich bread which is acting as a delivery vehicle for other nutrient-rich foods.

N: Did your findings touched on any of the cognitive effects of certain grains as they contribute to the nutritional value of our diet or the lack thereof?

Y: So by cognitive effects we didn’t specifically looked at any cognitive variables but that’s an interesting question. So your question is ‘Do grains affect for example memory function or … concentration?’ Yeah, no our study didn’t looked at that but that’s definitely a very interesting question, something that I would be very interested in investigating in the future.

N: And now as far as the future of grain research, how do you hope that your research will contribute to that change?

Y: Well I’m hoping that my research will spawn the interest in conducting more research in grains. I recently saw a paper that came out, a study that was published in July that looked at consumers of sandwiches versus individuals who consume no sandwiches and they used the same database, the National Health and Nutrition Examination Survey that I and my partner used. However sandwiches were lumped in one category so whether you consumed a bread sandwich with Nutella or loaded with bacon it wasn’t in the same category as someone who consume the sandwich with chicken and low-fat cheese for example. So they found, the findings were quite negative in the sense that sandwich consumers had higher sodium, higher total fat, higher saturated fat but I would like to do a further analysis and look at dividing up the different types of sandwiches. So it goes back to it’s not the grains per se but it’s what’s inside the bread, so how do you build a better sandwich and I think you can do that. So I’d be interested in doing some more enhanced analysis of looking at the government data and conducting some more detailed analysis. I don’t think it’s as simple as those findings that were just published and I’d like to do some modeling studies where you could take different scenarios and see how different breads impact nutrient intakes throughout the day. So there’s a vast amount of research that can still be done.

N: Where do you see this research taking nutritional information as it this disseminated in Med school?

Y: Well I think and I know so from my professors and from friends who have gone thru medical school, nutrition is a very small component. Generally speaking there’re some schools, medical schools who do place more emphasis on it but overall there’s still very little information that’s been taught. Medical schools still tend to be very pharmacologically based, so I’m hoping in addition to work that we do in our group and groups that others do as well in various fields is communicated in the medical schools and it’s interesting because you mentioned medical schools and I think of the gut microbiome for example, what we’ve learned about the gut microbiome and how it affects immunity and overall health, a lot of the research that we’ve uncovered has really happened the last 5 to 10 years. And before that medical schools teachings thought well the several pounds of bacteria in the gut don’t really play that big of a role but now they’re starting to understand that it does. So things are constantly changing and nutrition overall is still in its infancy. So I think in the next 15 to 20 years there’s gonna be some great exciting stuff coming out.

N: Thanks for coming on the program today Yanni.

Y: Thank you for having me. Always a pleasure Neal.

N: You’ve been listening to Health Professional Radio, I’m your host Neal Howard. If you just joining us we’ve been in studio with Mr. Yanni Papanikolaou, Vice-President of Nutritional Strategies and we’ve been discussing the future of grain research and the nutritional benefits of the right grains in the right amounts at the right time. Transcripts and audio of this program are available at healthprofessionalradio.com.au and also at hpr.fm and you can subscribe to this podcast on iTunes.